Why Bitcoin is Falling in Price? History of BTC Price Fluctuations

Cryptocurrencies are highly volatile: unlike fiat money, the digital tokens may lose their value dramatically or gain in price in a matter of a day. With its ROI over 9000%, Bitcoin drops in price as seriously as gains its value. What exactly Bitcoin price depends on, and why Bitcoin dropped recently? Let’s find this out.

Unlike key fiat currencies, Bitcoin’s market capitalization is very small. $125 bln (the capitalization of BTC in May 2018) is almost eight times less than the capitalization of Apple alone. Therefore, the course on the exchanges to a certain extent can be manipulated by large coin holders. They can pump and dump the course. Pumping is an artificial increase in the exchange rate, which contributes to the hype and massive buying up of coins (which in turn increases the rate even more). At the peak of trading, the “pumpers” are dumping:  they begin to sell their assets getting the maximum profit. The course is sharply reduced.

Hype, informational background, advertising, opinions of authoritative people or companies – all that also affects the demand for Bitcoin, and therefore, its course. News about hacking of user funds or the bankruptcy of exchanges traditionally lead to  depreciation. Positive comments about Bitcoin from the traditional financial sector, government regulators, or simply reputable members of the community can encourage users to buy coins.

Since the beginning of 2018, the cryptocurrency seems to have lost the general battle with the Chinese authorities. Given that China is one of the largest cryptocurrency markets, and most of the Bitcoins are mined by Chinese mining pools, the legal framework in which cryptocurrency operates in the Middle Kingdom affects the exchange rate. So, the loyal policies of Japan, Singapore, the relative crypto-friendliness of the European Union and other countries have a positive effect on the course. But as soon as we hear about new restrictions from China or South Korea – we should expect a depreciation of the BTC.

Bitcoin has fewer problems with this than any other cryptocurrency. The expansion of the network of trading platforms accepting Bitcoin, the increase in the number of Bitcoin ATMs and other trends in the mass adoption of Bitcoin as a means of payment, which we can observe today in one form or another, will undoubtedly have a positive effect on the BTC rate.

Bitcoin is managed by consensus by users and miners; there is no central authority. At the same time, the competent management of cryptocurrency and the solution of its technical problems (for example, scalability problems) is an extremely important matter. Also, Bitcoin forks (Bitcoin Cash, Bitcoin Gold, etc.) affect the price of BTC.

To see exactly why Bitcoin price is dropping, let’s observe the most notorious cases.

Bitcoin owes one of its first major drops to the already closed Mt Gox exchange, which closed in 2014. However, back in 2011 it flourished – it was then, on February 9, 2011, that Bitcoin first reached parity with the US dollar and was valued at $ 1 per BTC on the Mt Gox exchange, and its price continued to rise, reaching almost $32 by mid-June. However, on June 19, 2011, after hacking Mt Gox, the price of cryptocurrency fell in a matter of minutes to a few cents, and then recovered during a long time.

In less than a year, a new nuisance happened with Bitcoin. After the exchange of Paxum refused to work with BTC on February 11, 2012, the price of cryptocurrency fell sharply by two dollars – now this figure looks ridiculous, but then it amounted to a third of the price – the cost of the coin after the fall was about $ 4.

Just a few weeks after the Paxum story, on March 1, 2012, the price of Bitcoin, which had just begun to recover, fell again, this time to $ 4.89 per BTC. This happened as a result of the massive theft of cryptocurrency on the Linode exchange. Bitcoin’s total market capitalization was then slightly less than $ 230,000.

The cryptocurrency price began to rise again, despite the failures in the first quarter of 2012. However, in August, Bitcoin was waiting for another collapse. After Trendon Shavers (Priate @ 40) stopped paying BTC for the obligations of his “investment fund” Bitcoin Savings and Trust, the price of cryptocurrency fell sharply by $3 and amounted to less than $11 per BTC.

Although 2012 was a difficult year for cryptocurrency, the cost of BTC continued to grow steadily. But on April 10, 2013, the cryptocurrency collapsed by $60 – the price for 1 BTC fluctuated around $ 122. This happened after a message appeared about a DDos attack on the network.

October 2013: The arrest of Ross Ulbricht

The mysterious owner of Silk Road, who had been hiding from the security services for more than two years, was arrested on October 7, 2013. The appearance of this news caused an instant collapse of the BTC rate almost doubled – from $ 120 to $ 70 in an hour.

However, traders quickly appreciated the positive aspect of the event – the collapse of the largest criminal empire with which the cryptocurrency was associated. In less than a day, the price again rose above $100, and the lower point of decline on this day became the minimum below which Bitcoin has not dropped since then.

Bitcoin, which quickly recovered from the blow and rose above $ 1,000 in November, was facing another test – at the end of 2013, the People’s Bank of China banned BTC transactions for financial institutions, which led to a natural drop in the price of cryptocurrency, which amounted to more than $300 in a few days. Thanks to the Chinese ban, Bitcoin ended 2013 at $840.

In February 2014, Bitcoin was waiting for several troubles at once. It all started on the 7th, when the price of cryptocurrency fell immediately to $100 after several large exchanges were subjected to DDoS attacks. Then, after a heated debate between miners and developers, the subject of which was the block size, the price of cryptocurrency fell again, this time by $30. Well, the last winter month ended with a surprise from the Mt Gox exchange, which on February 24 announced its closure, provoking a drop in the price of BTC by $57. After that, the cost of BTC was about $550.

March 2014: Surprise from the Tax Service

On March 26, 2014, the United States Internal Revenue Service (IRS) ranks Bitcoin as a type of property. This leads to a drop in the price of cryptocurrency at $150. After the decision of the Tax Service, the cost of one BTC was $453.

During 2015, the price of cryptocurrency continued to fall, then rise, gradually decreasing, but there were no sharp changes in it until August 19, 2015. That day, a $ 45 crash occurred due to the release of an alternative Bitcoin XT client, the release of which was an attempt to solve the problems of network scaling.

In January 2016, Mike Hearn, a former Bitcoin Core developer and one of the most famous Bitcoin devotees, announced a systemic crisis in Bitcoin and blockchain, and predicted a cryptocurrency price crash. The price after that really fell by $ 40, but with this the effect of Mike’s statement ended. Soon, the price began to rise again.

After it became known that “unknown hackers” stole almost 120,000 BTC from the Bitfinex exchange, Bitcoin crashed by $175. It was the largest cryptocurrency robbery in the world since the collapse of MtGox. However, Bitfinex was able to recover and recover, and in just six months it was able to repay a significant portion of the debt to customers.

After the Bitfinex story, the value of cryptocurrency continued to rise. However, at the very beginning of this year, namely on January 5, the People’s Bank of China dealt a new blow. The cost of one Bitcoin fell sharply by 31%, amounting to $ 889, after the NBK introduced another ban related to the cryptocurrency turnover. 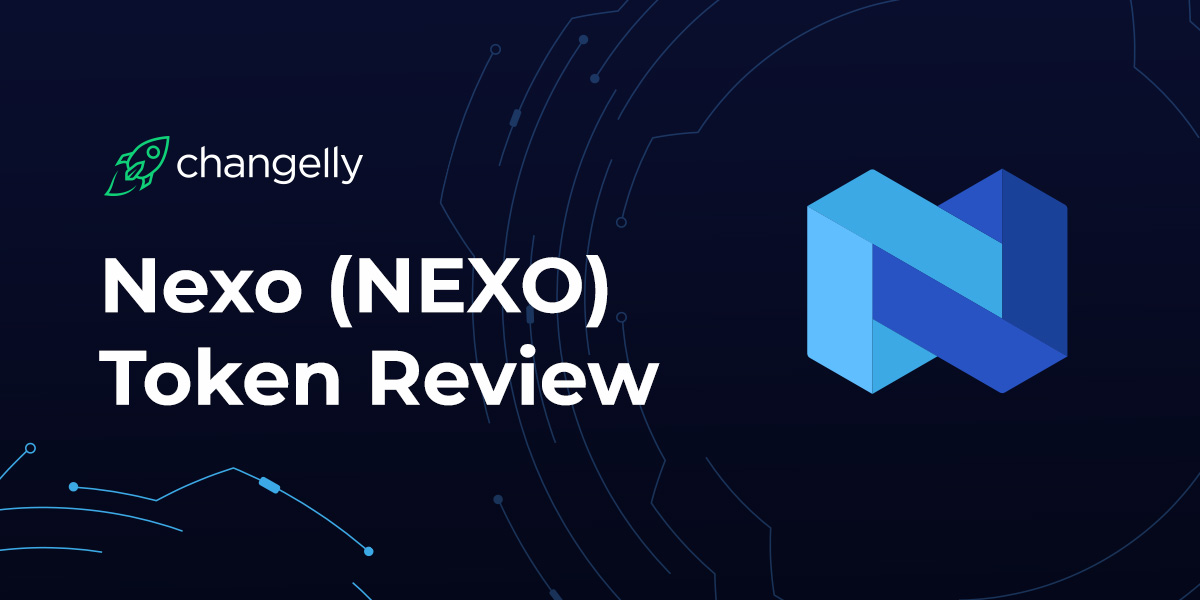 Despite the fact that the path to success for Bitcoin remains difficult, the fact that cryptocurrency has passed so many tests proves its viability and the presence of a large number of its adherents who continue to believe in the triumph of cryptocurrency, despite periodic failures.

What about the last Bitcoin price drop?

The long sideways trend ended again with the collapse of the cryptocurrency market. In September 2019, during one day, BTC fell by almost 18%, touching the level below $ 8,000. Altcoins were experiencing a “blood bath” too. Bitcoin Cash lost more than 22% per day, LTC – more than 15%.

What are the possible reasons of BTC price drop?

So why has Bitcoin dropped? The reasons will be analyzed, however, with the highest probability, all factors played out at once. During one day, the total cryptocurrency market capitalization collapsed by $ 35 billion.

Why Bitcoin price is dropping from time to time? There’s a huge set of factors determining its cost. Since it is the world’s first cryptocurrency, it depends on a lot of things. But it’s clear that Bitcoin’s advantages outweigh all negative sides, that’s why it continues growing further despite all the fails.