Blog › Academy › Cryptocurrency › What Is Bitcoin, and How Does It Work?

What Is Bitcoin, and How Does It Work? 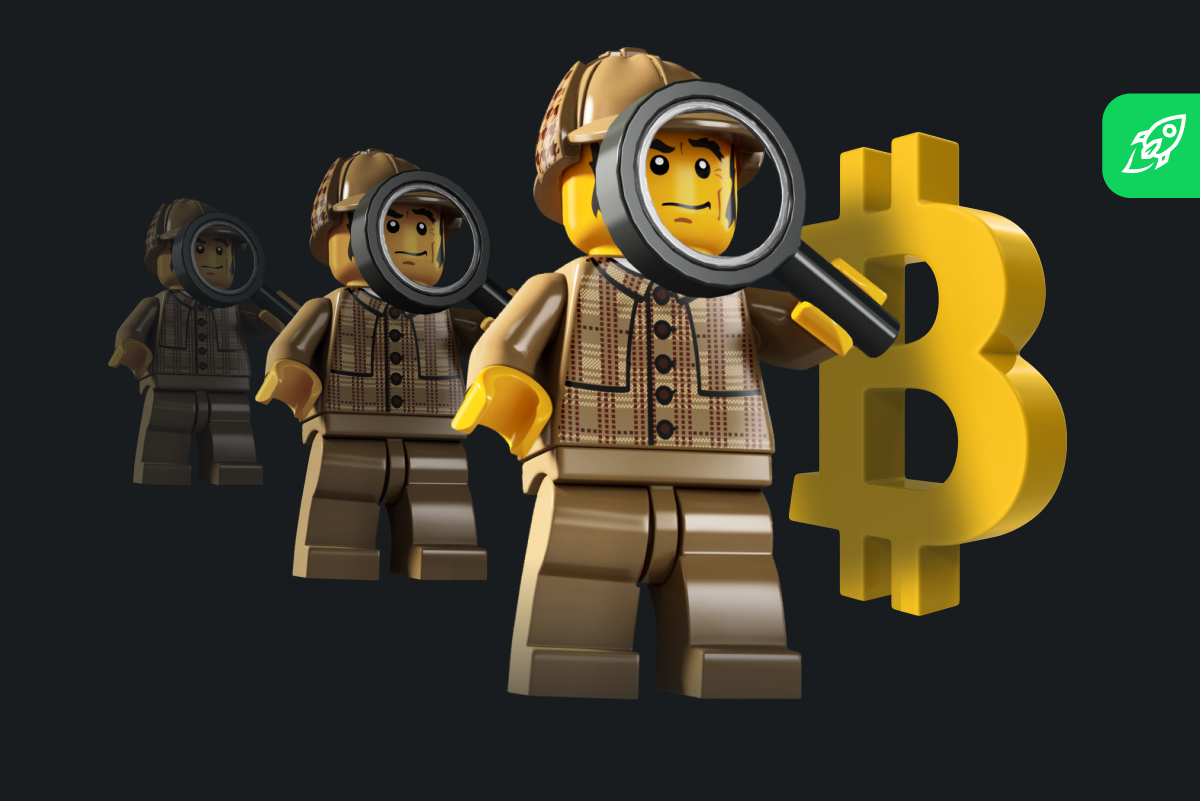 Bitcoin is a cryptocurrency that is powered through a system of peer-to-peer transactions and based on blockchain technology. It is a decentralized currency, meaning that no government, bank, or person controls it.

People use Bitcoin to buy goods and pay for services. One can also invest or donate Bitcoins, exchange them for other currencies, store, send or receive them. In many ways, Bitcoin works like any other currency. Still, the critical difference is that all Bitcoin transactions are encrypted and securely stored on a significant number of devices that form a vast network, making it fairly impossible to meddle with it.

We, at Changelly, treat Bitcoin with respect, as it’s the pioneer cryptocurrency. In this article, we’d like to explain everything about Bitcoin: how the transaction works, where to store and trade BTC coins.

Definition: What is Bitcoin?

How did it all start? In October 2008, a person or a group of people by the name of Satoshi Nakamoto published a paper that described the fundamental operating principles of a blockchain-based cryptocurrency. This document, known as the Bitcoin whitepaper, describes consensus algorithms, development roadmap, and various technical aspects of Bitcoin. Two months before that, the bitcoin.org domain name had been registered by an unknown party. In 2009 the genesis block (the first Bitcoin block) was mined. It had a 50 BTC reward.

Bitcoin is a digital money system that allows users to exchange coins with each other without referring to counterparties. Actually, Bitcoin is a currency similar to a traditional money system. However, it works only via the Internet. Bitcoin is not pegged to any fiat currency such as the dollar or euro. It has a floating exchange rate, which makes it an independent cryptocurrency.

As we’ve already mentioned, no company or government controls Bitcoin. Thousands of computers, called nodes, provide network stability all over the world. The network is responsible for security, new coins emission, and payment processing. In order to get access to the network, users do not need to sign up – the Internet and the software are enough.

What is the purpose of Bitcoin?

The most obvious purpose of Bitcoin is to spend money on goods and services. Currently, there are more and more places to spend Bitcoin and other cryptocurrencies. What are the benefits of paying with Bitcoin? First of all, the merchant cannot keep your personal information. Moreover, since your wallet is not connected to a particular service or shop, you are the one who sends the fixed amount of money. The merchant cannot charge you more than it was stated before the payment.

Short selling is a real thing on the crypto market. Short positions are the opposite of long positions, wherein traders are bullish on the asset, expecting its price to rise, so they buy it now to sell later at a higher price.

We also want to provide you with some information regarding the activities which are not recommended when using Bitcoin:

Bitcoin transaction approvals require some time. It is important to wait for several transactions in order to make sure that a transaction is valid.

Bitcoin cryptocurrency and its technology won’t be so widespread if it doesn’t cope with fiat money problems. So which problems does Bitcoin cope with?

Nowadays, not everyone can get a loan or a bank account. According to a World Bank report, nearly 35% don’t have a bank account. In order to have one, the citizen should have an ID and money for service payments. People exposed to the political offense or whose business is seized can find it hard to use the traditional money system. Bitcoin makes money accessible for everyone with no exceptions.

It’s widely known that bank employees have access to bank accounts, so they can restrict, freeze, track or confiscate funds from the bank account. If you belong to a cashless society, all your transactions can be leaked (in the case of banks’ database hacks).

According to the Financial Express, inflation refers to the rise in the prices of most goods and services of daily or common use, such as food, clothing, housing, recreation, transport, consumer staples, etc. Inflation measures the average price change in a basket of commodities and services over time. Most of the fiat currencies are exposed to inflation. Nowadays, people quite often face national currency depreciation, and thereby they exchange it for the more stable one (which, in fact, causes more intense depreciation).

Transactions with fiat currencies can be quite expensive when using them for cross-border payments since the fees are enormous. By the way, Bitcoin is not the most convenient cryptocurrency for such a purpose. Here is another solution – many banking institutions have already been using Ripple’s system of instant transactions with XRP cryptocurrency.

How does Bitcoin work?

In order to understand how Bitcoin works, let’s look at the example:

Alice wants to send 1 Bitcoin to Bob. This action consists of several steps, so we’ll explain the transaction process step-by-step.

Alice and Bob are fictional characters; Bitcoin doesn’t use any personal information. Each user hides behind his/her wallet address.

How to make money with Bitcoin?

We have already mentioned some of the options to make a profit on Bitcoin – by trading or investing in it for the long term. However, there are more ways to do it; check it out:

Bob and Alice need the computer or mobile software to interact with the network. This software is called a Bitcoin wallet (or it can be a multi-wallet suitable for several coins). A Bitcoin wallet is responsible for managing the private and public keys and in and out transactions.

There are hot and cold Bitcoin wallets. Hot storages are connected to the web and tend to be less secure than other types of wallets. They are quite handy, easily accessible, often free, and come in the form of apps or web extensions. Some good examples of hot wallets are Coinomi, Electrum, and BRD.

A cold wallet is an offline storage, which is considered much more secure. An example can be hardware wallets such as Trezor or Ledger Nano. These wallets usually cost up to $100 and are not as convenient for regular transactions as hot storage. Usually, they look like a USB drive or a small device that you can plug into your computer to access your Bitcoins. In the article about Best Bitcoin (BTC) Wallets, we provide you with the most comprehensive list.

Buying Bitcoin is the easiest way to get the first-ever crypto. Modern technologies allow you to exchange another currency for BTC and buy it with your bank card or even Apple Pay. Here are some arguments for and against buying Bitcoin.

Where can I buy Bitcoin?

Since Bitcoin is the most well-known cryptocurrency worldwide, it is quite easy to buy it. You can use an online exchange platform, Bitcoin ATMs, a peer-to-peer platform, or buy it right within your Bitcoin wallet (if it has such a function).

If you want to buy Bitcoin for fiat money, including cash, bank card, or any other means of payment of your choice, you can use the instant exchanges. They differ in velocity, the simplicity of purchase procedure, and the level of anonymity.

We’ve already told you about all the possible ways to buy Bitcoin fast and easy. Choose the one that suits you the best.

The Changelly platform offers you to buy Bitcoins with your banking card swiftly, safely, and with minimal authentication procedure. The fiat payment process is powered by our partners Simplex and Indacoin. It takes just a few simple steps. Check our cross-rates to find the best offer.

Should you buy Bitcoin?

Before making a decision whether to buy Bitcoin or not, we recommend you to do your own research. For our part, we are here to provide you with a Bitcoin price prediction. Check our guesses on possible Bitcoin highs and lows.