Blog › Academy › Blockchain Essentials › Bitcoin halving: What does it mean and what will its effect be?

Bitcoin halving: What does it mean and what will its effect be? 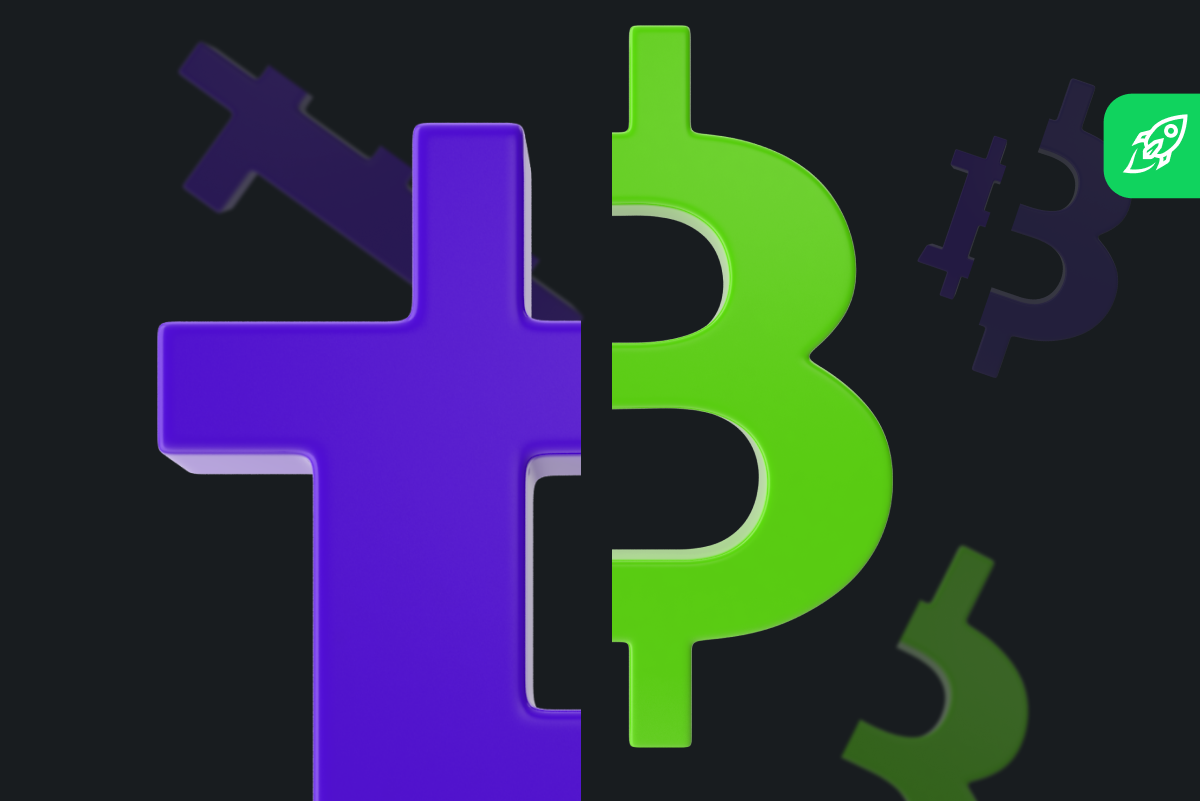 Every 210 000 blocks, the miners’ reward for the mined block in the Bitcoin network is halved, and new coins begin to appear two times slower. This reward decrease process is called halving. It will remain until the maximum volume of 21 million Bitcoins would be generated by the net. According to preliminary estimates, it will happen in 2140.

Once every four years, not only Bitcoin undertakes the complicating the coin mining and reduces the reward for miners. Some altcoins also have an emission limit, which avoids inflation and the death of the cryptocurrency. In this article, we’ll find out the process of Bitcoin rewards distribution as well as the whole halving of Bitcoin.

Who Chose the Bitcoin Distribution Schedule? Why?

To understand what Bitcoin halving is, you must first understand the basics of Bitcoin mining. Simply put, new Bitcoins appear in the world as a reward for miners when they mine a Bitcoin block.

When Satoshi Nakamoto established the rules for the Bitcoin protocol (Proof-of-Work), he made sure to point out two things:

During the mining process, a hash, or key, is selected at specified intervals, which is every 10 minutes, to produce a block containing information about the new transaction and all the previous ones. With each block mined, the complexity of the calculations grows. Therefore, to continue mining, more and more sophisticated equipment is required. The total power of all miners is called a hashrate.

Since an average of 6 blocks is mined per hour, and halving occurs every 210,000 blocks, the reward is decreased every four years. The reward for mining reduces by 50% compared to what it has been before.

What Is the Bitcoin Halving?

Halving is embedded in the source code of Bitcoin and performs several functions:

How Does Halving Influence Bitcoin’s Price?

Historically it has had a positive impact on the price of the leading cryptocurrency in the long term.

It cannot be argued that it was halving that caused the rise in the price of Bitcoin. There were indeed records after the halving, but there is no direct connection in this.

In the stock market, a supply decline with demand remaining at the same level leads to higher prices. The Bitcoin halving impact is almost the same: when the number of new coins is reduced by half and demand remains unchanged, a deficit forms over time. It is logical that the Bitcoin exchange rate then begins to rise.

According to crypto analyst Tone Vays, halving rewards will help Bitcoin to consolidate its status as the king of cryptocurrency further. Most likely, all attention from competing for high-bandwidth networks such as Bitcoin Cash and Litecoin will go to the leading cryptocurrency. In this case, the primary role of Bitcoin will not be a medium of exchange, rather a repository of value.

Bitcoin will also be used as a genuinely secure and decentralized intermediary for mutual settlements. Alternative designs can never become a valuable repository, so over time they can be completely worthless.

Peter Brandt is a renowned cryptocurrency trader and a fan of classic trading charting principles since 1980. Peter commented on the Bitcoin halving topic. According to him, many crypto enthusiasts vastly overestimate the effect of this event.

Why Do Miners Get These Rewards?

Today, all the miners around the world are actively working in the field of Bitcoin mining. This happened both in the solo mining, when one miner received one Bitcoin reward per block, and in the group when the whole team was working on mining one.

In fact, generating Bitcoins is the process of a block creation, a reward that a miner receives bitcoins. One block consists of a wallet address, a list of transactions, service data, and a code, which is an actual Bitcoin. Each newly generated block that a miner creates brings him Bitcoins.

As we already mentioned, in the Bitcoin network, block reward refers to the number of new BTC allocated by the network to the miners who solve each block. Block rewards are the only way to create new Bitcoins on the network. It acts as an incentive mechanism as well as an inflationary mechanism. The block reward is the only major incentive for miners. How will they support the network if they don’t receive a reward? Will miners continue to mine?

According to the Bitcoin White Paper, after the block reward is halved 64 times, it finally becomes zero. However, there are transaction fees that miners will consider as another type of reward. Moreover, the price of Bitcoin will probably go up so the cost of those fees. It can become a great source of income for miners.

What Happens When Block Rewards Get Very Small or Taper Off Entirely?

When the maximum amount of 21 million Bitcoins is mined, users will no longer receive new Bitcoins to check the blocks. However, miners will continue to receive transaction fees from those who make payments as an incentive to verify transactions. It is assumed that the last new Bitcoin will be mined in 2140.

As soon as a predetermined number of coins are in circulation, the incentive can go entirely to transaction fees, and BTC will be completely free of inflation.

Yes, as we already said, miners’ reward consists not only from the block creation. The amount received by miners as a reward for creating a new block consists of the block reward and transaction fees. In order to send a transaction on the Bitcoin network, users must pay fees, which are currently negligible. However, in the future, as the network grows and gains widespread acceptance, it is believed that transaction fees should be more than sufficient to offset the costs of miners.

On November 28, 2012, the first Bitcoin halving occurred when the 210,000th block was mined. Back to those times, one Bitcoin was $13.42, and it seemed that the halving did not significantly affect its price. However, this assumption was incorrect, as the market back then was completely different.

The third Bitcoin halving happened in May 2020. After six months, the price of Bitcoin breaks all historical records.

“If that becomes sort of truth, it needs people to believe in it, and it needs to be fundamentally true. We don’t know that. Again, it’s a hypothesis, and proof is in the pudding. But if that were true, and you would front-run it, then you wouldn’t only front-run the 2020 halving.”

The value of Bitcoin rises and so will the rewards for processing transactions. However, for this growth to be sufficient after mining stops, the price of bitcoin must rise significantly. Now, the assumptions that the price of bitcoin could rise to $50,000 or $100,000 do not seem so crazy anymore.

Like any other currency, Bitcoin can be split into smaller units, and the smallest of them is called a satoshi. One can recall that once a cent or a penny were quite a big amount of money. Nowadays, due to inflation, they have fallen in price.

In the case of Bitcoin, the opposite scenario is possible – Satoshi can become a trading unit, and Bitcoin will be used only for large settlements. Today, a commission of 10,000 satoshi doesn’t sound very tempting, but that may change in the future.

The only thing we know for sure is that Bitcoin should grow until the end of the mining process possibility. This is a pre-described process that is essentially built into Bitcoin itself. However, it is important to note that the cryptocurrency changed between now and then. Imagine how much has happened in the cryptocurrency market in just 10 years.

By the way, if you are thinking about buying Bitcoin or exchanging it, we are thrilled to offer you our service. Changelly helps you to find the best rate and buy Bitcoin and other cryptocurrencies fast and smoothly.

To be honest I can’t wait to btc halving. Just want to see what’ll happen. The countdown is worth to be set as a widget on a desktop.

What a paradox: Bitcoin block reward will continue to decrease to 3.125 BTC in 2024 but Bitcoin price after halving will presumably grow according to research examples in the text. So, my question is, will the number of miners significantly increase or fall after halving of btc this year?

I’m sure bitcoin halving will lead to drastic price changes on the market. Waiting!

I just hope we all won’t get disappointed after this bitcoin halving. I see too many expectations but reality is always tougher