What affects the price of 1 Bitcoin? 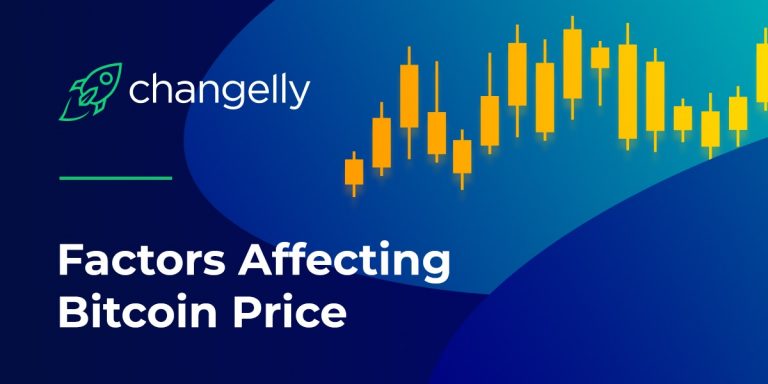 Bitcoin is probably the most curious phenomenon of the 21st century: this digital currency is not backed up by gold or any fiat currency, or any other physical asset, but it continues to gain in value. “It’s all about hype” – you can say. Not only. So, how is cryptocurrency valued and what makes Bitcoin go up? Let’s discover what stands behind Bitcoin price ups and downs.

Who controls Bitcoin & determines its price?

Bitcoin is different from ordinary currencies that everyone is used to, and the main difference is that it is not backed by anything, not regulated by anyone, not tied to any state or economy. It may sound ridiculous, but Bitcoin price is determined solely by the people’s faith in it. However, this is far from being the only factor.

Remember that any cryptocurrency, in particular Bitcoin is not backed by anything, and costs exactly as much as people charge for it. No more and no less.

So, what determines Bitcoin price?

By the way, the last aspect is often ignored, but some say there’s a certain connection between the BTC mining difficulty and the rise and fall of Bitcoin.

The analysts from DataLight explained that, according to one theory, the complexity and hashrate of cryptocurrencies rise after its price, as more and more miners start mining digital money. According to another hypothesis that trader Max Kaiser has held since he bought Bitcoin for $3, the opposite is true. The third assumption is that there is a certain formula that can be developed by studying the history of changes in the complexity and value of the coin.

The supply of Bitcoins is affected in two different ways. Firstly, the Bitcoin protocol allows us to create new Bitcoins at a fixed pace. New Bitcoins enter the market as miners process transaction blocks, and it has been planned that the rate of new coins should slow down over time: the growth of Bitcoin generation slowed from 9.8% (in 2015) to 6.9% (in 2016) and 4.3% (in 2017). As a result, when the demand for Bitcoins grows faster than supply, we are witnessing an increase in prices.

The second supply limiter is the maximum number of Bitcoins that can be circulating in the system. This number is limited to 21 million BTC, and as soon as it is reached, miners will stop creating new Bitcoins. At this stage, miners are likely to be supported by transaction fees. With the introduction of 21 million Bitcoins, the BTC price will depend on how practical this cryptocurrency is, whether it is legal and what is the demand for it.

When it comes to demand, it depends on:

Although Bitcoin is a pioneer in the world of cryptocurrencies, there are many other altcoins with more technologically advanced ideas used in creating their blockchains and higher ROIs. Thus, the performance of altcoins also affects the Bitcoin price. Although usually, altcoins react to Bitcoin’s movements, sometimes the opposite also happens.

In the table below, you can see the correlation between the price of Bitcoin and other major cryptocurrencies (1 means the assets move in one direction and react to external market factors, 0 – neutral correlation, -1 – movement in the opposite directions).

Anyway, since the current Bitcoin domination on the market is about 60-70%, it’s not so easily affected by altcoins.

The process of Bitcoin trading takes place on hundreds of cryptocurrency exchanges around the world. Thus, there is no one and only “official” Bitcoin price – it is different on each exchange. Arbitrage maintains prices at approximately the same level. This trading strategy takes advantage of the price difference between trading limits. For example, if Bitcoin is cheaper on BitStamp than on Coinbase, traders can buy cryptocurrency on the first exchange and sell on the second one.

Finally, the influence of leading exchanges should be noted. These are the sites with the highest trading volume, and their prices are considered more “official”. For example, if the price of Bitcoin changes on one of such large exchanges as Bitfinex, Binance, and Bitstamp (or all three at once), then the same alteration is likely to happen on the other platforms. This phenomenon is explained by the fact that most traders closely monitor prices on large exchanges and expect that they will be followed by smaller sites due to arbitrage and the actions of other traders.

This effect works even in the case of exchanges located in completely different corners of the world. For example, if Bitcoin starts to get cheaper in relation to the Yen in Japan, it will most likely be followed suit by European and American sites with pairs denominated in Euros and Dollars.

What determines the value of a Bitcoin? Taxes and legal regulations are one more thing that affects it. We have discussed that each country has its own Bitcoin and cryptocurrencies tax policy. Thus, if one country (a large crypto market player) suddenly bans Bitcoin, its price might fall drastically.

The influence of China on Bitcoin cannot be underestimated. In 2017, their governmental ban of ICO and the reduction of Bitcoin trading activity in the Mainland led to a serious BTC price fall – its value reduced by almost $2K within two weeks.

When mining devices have only just appeared on the market, most of them were made in China. For example, according to statistics, in 2017 70% of all ASICs for BTC mining were supplied by the Chinese manufacturer Bitmain. 2015, half of the network mining capacity was concentrated in China. Today, the top 10 BTC mining pools in the world include 7 Chinese pools (BTC.com, Antpool, ViaBTC, F2Pool, BTC.top, Poolin, DPOOL). The country has a very cheap cost of electricity, which has become the main reason for such a huge concentration of mining devices there.

Yet, China has serious motives and resources to perform a targeted attack on Bitcoin. Cryptocurrency mining is already “highly centralized”, considering that 80% of the cryptocurrency mining capacities are controlled by only 6 pools and 5 of them are Chinese. If those pools unite, they can easily perform a “51% attack”. Having gained control of the local hash, the government will have the advantage of selecting blocks to add to the shared registry.

This point is closely connected with the above-mentioned problem. Today, Bitcoin remains decentralized and not controlled by any organization or person. But, in theory, the future of Bitcoin is in the hands of people who own it.

According to another suggestion, after Satoshi Nakamoto handled the control over Bitcoin to Gavin Andersen, he later shared this control with others. There are a lot of rumors and arguments over whether some certain Bitcoin developers can control the system or not.

Most often Bitcoin price falls due to technical failures/hacks and governmental regulations.

One of the early sharp drops occurred on March 12, 2013, when an error was detected in the Bitcoin protocol. Data on the expenditure of funds was not stored, which allowed the use of the same money twice. Traders, in a panic, started selling the cryptocurrency, which reduced the BTC price by 23% (from a maximum of $ 48 to the level of $ 37).

Until 2013, the digital currency rate did not rise above $15, but the media coverage contributed to the price increase of over $200. 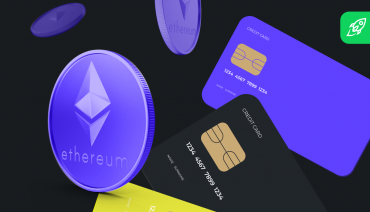 How Do I Buy Ethereum?

After the events of April, the price of Bitcoin was fluctuating around $ 120, until the end of November, when prices suddenly rose to $ 1,150. However, by mid-December, the price fell and again could not overcome the level of $1,000 for four years.

Bitcoin grew steadily in January and February 2014, when it suddenly fell by almost 50% from $ 867 to $439. This happened after the Mt.Gox service lost more than 700 thousand Bitcoins (funds of customers and the exchange itself) as a result of a double hacker attack.

In September-October 2017, Bitcoin price fell by 35% after the Chinese government announced that BTC China exchange will cease trading on 30 September. Of course, let’s not forget the most serious BTC price spike when it reached an all-time high of almost $20K and fell drastically due to the massive selloff that followed.

Today, Bitcoin price is $9 296,91. At the end of October, it raised to $10,500, having spiked by 40%. Why is Bitcoin price going up in the last few weeks? We might need to thank China for such a positive change. As we’ve mentioned previously, the country banned crypto trading, but seems to be reconsidering it at the moment. Chinese President Xi Jinping said that the country should “seize the opportunities” provided by the Bitcoin blockchain technology.

Also, we should not exclude the possibility of the entry of new players into the market – this can be one more factor that boosts the current value of Bitcoin in Dollars. Many institutional investors have repeatedly announced their plans for major investments in cryptocurrencies and Bitcoin in particular.

It is also worth noting that the delay of TON release by Telegram, as well as the sad prospects for Libra from Facebook, both indicate that Bitcoin will remain dominant on the crypto market in the near future.

Slowly but steadily Bitcoin is being adopted and implemented in our lives. This is another explanation for why Bitcoin price is going up. Today, aside from trading and mining, Bitcoin is used in:

Thousands of Bitcoin ATMs are installed around the globe. The number of companies accepting BTC payments is growing day by day. So the BTC adoption rate is growing.

There are a lot of websites that provide information about Bitcoin price, including:

If you are more into infographics, we recommend Coin360.com – this is an interactive infographics that shows the prices of cryptocurrencies, trading volumes, market cap, and exchange rates. To customize your infographics, you can choose the period of analyzed performance, divide coins into gainers and losers, or choose block size according to volume and market cap. Moreover, Coin360 shows the statistics about exchanges and provides cryptocurrency news.

Other websites that provide Bitcoin network statistics in the form of graphs are Statoshi.info, BitcoinWisdom, Tradeblock, Blockseer, Nodecounter, Bitnodes, and Coin Dance.

If you want to purchase Bitcoin, you can buy BTC instantly with your credit card on Changelly. We provide the opportunity to buy BTC with either fiat currency (USD, EUR) or other cryptos.

Disclaimer: The ideas and opinions expressed in this article are not investment advice – they are provided for informational purposes only. Cryptocurrency investment and trading involve risk, so you should always perform your own research before making decisions. We do not recommend investing money you cannot afford to lose.