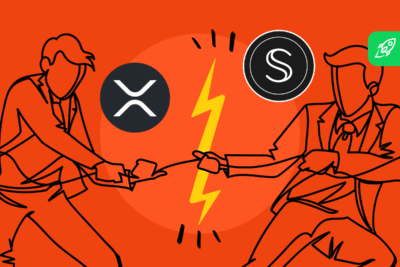 In December 2020, the US Securities and Exchange Commission (SEC) filed a lawsuit against Ripple Labs, the company behind the digital currency XRP, alleging that the sale of XRP constituted the unregistered sale of securities. The SEC is seeking to recover ill-gotten gains and impose civil penalties. Ripple has denied the allegations, arguing that XRP is not a security and that the SEC does not have jurisdiction over their business. The case is currently in court and still ongoing. In this article, we will cover the $1.3 billion lawsuit and highlight its most important milestones.

What Are the SEC’s Claims?

The SEC sued Ripple for allegedly selling XRP as unregistered securities worth over $1.38 billion.

The SEC’s claims are based on the fact that Ripple sold XRP in exchange for investment, which meets the definition of an investment contract under securities law. The SEC alleges that Ripple did not register XRP as a security when they first offered it for sale, nor did they disclose information about their business practices and finances to investors. This activity violates Section 5 of the Securities Act. The SEC also alleges that Ripple made false and misleading statements about XRP, including claims that it would be used to power a new global payment system.

The SEC is referring to the Howey test in their accusations.

The Howey test is a legal test used to determine whether an investment contract constitutes a “security” under U.S. federal securities law. The test is named after the Supreme Court case of SEC v. W. J. Howey Co., 328 U.S. 293 (1946). In order to pass the Howey test, a contract must involve (1) an investment of money (2) in a common enterprise (3) with the expectation of profits (4) primarily from the efforts of others. If all of these elements are present, then the contract will be considered a “security” and subject to regulation by the Securities and Exchange Commission (SEC). The Howey test is just one example of the complex legal landscape surrounding investments and securities. While the test may seem straightforward, its application can be quite nuanced and often requires the assistance of experienced legal counsel.

Uncertain positions and viewpoints are weighing the SEC down in the lawsuit. Through each proceeding, the SEC keeps shifting its positions, which could result in a defeat.

It is clear that the SEC’s lawsuit against Ripple is far from being over. If you would like to see how this case unfolds, don’t forget to subscribe to Changelly’s email newsletter!

Ripple issued a statement denying the SEC’s claims and vowing to fight the lawsuit. The company argued that XRP is not a security and therefore does not fall under the SEC’s jurisdiction. Ripple also pointed out that other countries, such as Japan and the United Kingdom, have recognized XRP as a currency. The company concluded by saying they are “confident” in their legal position and committed to “defending XRP’s status as a non-security.”

In a widely shared video, Ripple CEO Brad Garlinghouse asserted that no one outside of America is interested in the litigation. He claims that every other country where Ripple conducts business already has a fixed policy regarding digital assets.

What works against Ripple?

In layman’s terms, Ripple (XRP) is referred to as a banker token because it has been presented as a SWIFT replacement. Many countries use XRP as an easier instrument for international commerce. Sadly, this turns XRP into a centralized asset that will be managed by the company.

The situation is further complicated by the fact that the SEC’s former director, William Hinman, has previously said that Ethereum is not a security. This raises the question of why the SEC is singling out Ripple if Ethereum is also violating securities laws. Commenting on this situation, Ripple’s General Counsel said that the SEC wants to “remake the law” rather than “apply it.”

On September 28, Eleanor Terrett, a Fox News journalist, posted on Twitter that she received 189 pages’ worth of documents on Hinman’s meetings that took place from December 2017 to June 2018. Those private meetings were followed up by his famous Ethereum speech concluding that ETH was not a security as it was decentralized and not reliant on any central party for its function or value.

The SEC has been very cautious in its assertions about Hinman’s speech and related documents. But in a recent ruling, Judge Analisa Torres declared a significant victory for Ripple. The commission was asked to turn over the records in front of the court after the judge overruled its objections.

Where Are We Now?

In September 2022, it came to light that both parties filed motions for summary judgment, demanding that a federal judge rule swiftly on whether or not XRP sales were against U.S. securities regulations.

In October, at the DC Fintech Week event, Garlinghouse stated that the litigation is expected to be resolved in the first half of 2022: “Whether that’s the first quarter or second quarter, we shall see.”

Judge Analisa Torres of the U.S. District Court for the Southern District of New York is eligible to start working on Summary Judgments after November 15, 2022. The parties’ briefings will eventually be finished by that time.

Why Is Ripple Lawsuit Important?

The outcome of the XRP v. SEC lawsuit will likely have major implications for the cryptocurrency industry as a whole. Many virtual currencies are currently subject to CFTC regulations, which are much less onerous than those imposed by the SEC. If the SEC prevails, it could set a precedent that would make it more difficult for other companies to sell digital currencies without first registering them as securities. This could stifle innovation in the industry and make it harder for new projects to get off the ground. 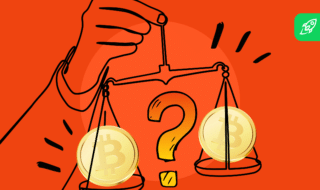