What is Ethereum (ETH) about? 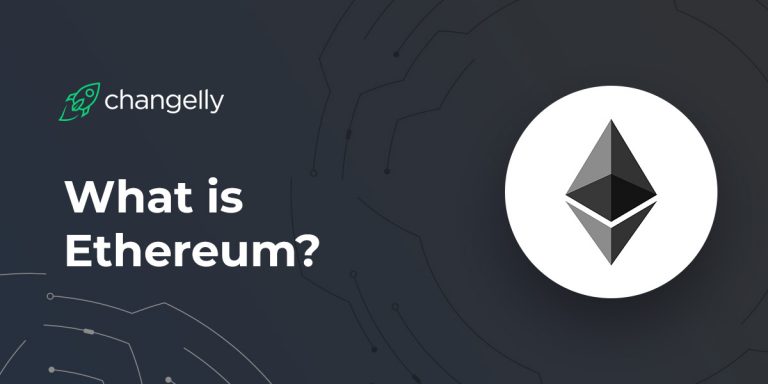 Ethereum is a decentralized platform with launched smart contracts. These are applications that work in strict accordance with the algorithm without the possibility of stopping, censoring, falsifying, or intervening by third parties.

The project was released during the ICO of Ether in August 2014. It was developed by the Ethereum Foundation, a Swiss non-profit association, in which many supporters all over the world participate.

At the beginning of Ethereum history, the platform used the Proof of Work consensus protocol (the same as in the Bitcoin network). At that time, the alternative was only Proof of Stake, but it worked unstably. When PoS was adjusted, the developers decided to switch to this algorithm and still they are going to this aim.

Together with the crypto father, Bitcoin, Ethereum makes the most frequently cross-swapped pair on Changelly.

Ethereum initiator, Vitalik Buterin, got involved in crypto when he was 17. Being in 2011 a programmer and a co-founder of Bitcoin Magazine, he offered his ideas to the Bitcoin world. When he realized he did not receive feedback, he decided to establish his cryptocurrency.

His idea appeared to the world only in 2015 in the form of a new platform — Ethereum.

Ethereum is a platform for decentralized programs (dApps). If someone wants to make up any decentralized application, they can learn the Ethereum programming language, namely Solidity, and begin coding. Ethereum is the infrastructure for making dApp worldwide. Ethereum goal is to truly decentralize the Internet and let people connect directly with each other without third-party intervention.

Ethereum is a platform that allows users to make agreements with each other without an intermediary. These relations are called smart contracts. The scope is enormous: voting, gaming, etc. Being aware of how great smart contracts are, in 2016, someone decided to make up a new project named DAO (Decentralized Autonomous Organization). The project needed significant investment from the crypto community. In just 28 days, ETH collected $150 million.

Users were excited to meet DAO, and however, after the fundraising finished, scammers stole $ 50 million. This event split the society, which was wondering about the problems in Ethereum security. It led to division into two blockchains: Ethereum (ETH) and Ethereum Classic (ETC). Hardfork had to reimburse those investors who lost money.

This allowed creating applications based on Ethereum that work in accordance with the established algorithm without failures, censorship, fraud, and third-party participation. If one of the nodes executing a smart contract stops working, this will not affect the stability of the application as a whole.

You can explore all the technical details about the blockchain in the official Ethereum White Paper.

So, What’s Special about Ether?

Ethereum platform is unique because it is a real founder of decentralized applications. These applications do not assume any intermediary, and it brings people together directly.

According to the Ethereum white paper, there are three types of dApps:

You can create your tokens based on the Ethereum platform. These tokens are called ERC-20.

The Ethereum Virtual Machine and Gas

The Ethereum team created a virtual environment called Ethereum Virtual Machine (EVM), which allows smart contracts to interact with each other. Within the Ethereum network, nodes start Ethereum blockchain, and this way, they form EVM. This system is better to be considered as a virtual computer on the blockchain, which turns your ideas into code and reproduces it in the global network of Ethereum.

The ERC-20 standard is set for all tokens. It contains a set of rules for creating coins based on Ethereum. Their observance is necessary for regular interaction of tokens with the system.

A commission is paid for each operation. It is measured in units of gas. For all computational operations, it has its own fixed rate depending on the complexity. But you need to pay for gas in Ethereum, and the user sets the cost of each unit of fuel. The higher the execution price of a smart contract, the higher its priority and processing speed.

The hash algorithm used by Ethereum is called Ethash. It hashes the metadata of the last block in the system using a unique code called a nonce (a random binary number that sets the exceptional value of the hash function). For each new block in the blockchain, the network sets a target hash value, and all miners in the system try to guess the nonce value that will lead to such a value.

The underlying cryptographic principles make a random selection of nonce almost impossible. This means that the only way to find the correct nonce is to cycle through the entire range of possible solutions until the correct one is found. In this case, the solution can serve as “proof of work” that the computer detected the correct nonce value and completed the work. In other words, they are using computing power to run the hashing algorithm.

Is it profitable to mine ETH? To answer this question, you need to take into account many factors:

You can always check your profit using the calculator.

Ethereum can be stored in different kinds of wallets namely web, hardware, desktop, and mobile wallets. 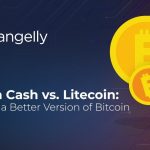 Bitcoin Cash vs. Litecoin – Which is a Better Version of Bitcoin?

Web wallet: Metamask. The extension is suitable for Firefox, Chrome, and Opera. This hot wallet supports ETH and ERC-20 tokens.

Hardware wallet: Ledger Nano X. This is a cold wallet that supports over 1000 different assets including ETH. Ledger Nano X is available for Mac, Windows, and Linux.

Desktop wallet: Exodus. The wallet is ranked #1 by Changelly rating of the best Ethereum wallets in 2020. Exodus is available for both mobile and desktop platforms such as Windows, Mac, Linux, iOS, and Android.

Mobile wallet: MyEtherWallet. The hot online wallet supports ETH and ERC-20 tokens and is available for iOS and Android.

Where to trade Ethereum (ETH)?

It’s easy to exchange ETH coin due to a significant number of platforms accepting this cryptocurrency.

The Ethereum team is always very serious about plans and their implementation. So they update their roadmaps quite often.

The common name for this development step is Ethereum 2.0. Before moving to Ethereum 3.0, the team needs to accomplish several phases:

Many analysts predict Ethereum will have a bright year as well as a bright future. Changelly has written a detailed article about Ethereum Price Prediction for 2020, 2025, and 2030. Let’s read about several other opinions on Ethereum future:

Adam Cochran, a partner at MetaCartel Ventures DAO and strategy developer at DuckDuckGo believes that this year ETH 2.0 is going to make a big step forward in the economy.

Youtube blogger, Alexander Lorenzo, in his ETH price prediction video expecting the change in the ETH price from $16,000 to $17,000 in three years.

Changelly platform offers you a way to buy ETH with your banking card swiftly, safely, and with minimal authentication procedure.