Blog › Academy › Blockchain Essentials › What Is a Fork in a Blockchain? Hard Fork and Soft Fork, Explained

What Is a Fork in a Blockchain? Hard Fork and Soft Fork, Explained 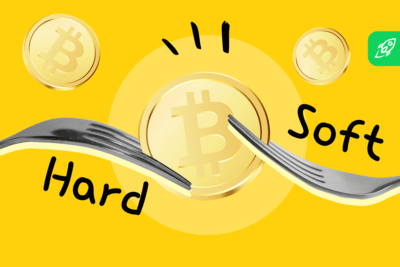 When Bitcoin was created, a finite number of coins was set — namely, 21 million. Just like in the case of gold, Bitcoin’s value is determined by how much of it is available and how much money people are willing to pay for it. Over time, people have figured out new ways to use and exploit the Bitcoin codebase, which has led to the need for “hard forks” and “soft forks.” But what do these terms actually mean? And why are they important? In this publication, we’ll explore temporary, hard, and soft forks in more detail and discuss their implications for the crypto community. Stay tuned!

What Are Blockchain Forks?

To show better performance and provide you with new features, applications in your smartphone require updates from time to time. In the blockchain industry, such upgrades are called forks.

A blockchain fork involves the creation of a potential path forward for the original blockchain.

Blockchains can fork for a variety of reasons, such as an upgrade to the protocol or a change in consensus rules. Not all forks are planned or intentional: sometimes, forks can happen by accident due to software bugs.

Blockchains are mostly based on open-source technology, which means anyone can see and use their source code. When interacting with the source code of a particular blockchain, one may start to develop it on their own. In this case, a completely new blockchain will be conceived, yet it will share the same genesis block (the first block of the chain) with the initial blockchain.

This is also called “blockchain split.” For example, Bitcoin Cash and Bitcoin Gold are the products of such splits.

Litecoin (LTC) is considered to be another Bitcoin fork. However, it would be correct to say that LTC forked BTC source code, as Litecoin and Bitcoin do not share the same genesis block.

Why Are Forks Important?

When a fork occurs, it creates two separate versions of the blockchain, each with its own set of rules. Blockchains forks are important because they allow the network to adapt and evolve over time. Forks also provide an opportunity for innovation, as developers can experiment with different software versions and see which works best. In addition, forks can help to ensure that the blockchain remains decentralized because they provide a way for different groups to reach a consensus about the rules that govern the network. Ultimately, blockchain forks are an essential part of keeping blockchain technology alive and thriving.

What Is a Temporary Fork?

Forks can be temporary or permanent.

A permanent fork is when two paths forward are created, and both are valid, meaning that there is no one “true” path anymore.

A temporary fork is when there is only one valid path forward, but for a brief period of time, there are two potential paths. During a temporary fork, miners may mine on either the original blockchain or the new potential path, but eventually, only one will become the valid path moving forward. As two different chains are created, miners have to decide which chain will be submitted as the “true” one. After that, miners continue to mine blocks on the “true” blockchain.

What Is a Soft Fork?

A soft fork is an update of the cryptocurrency protocol’s software. To improve the work of a particular blockchain network, the community, together with developers, decides to improve the network software.

Such updates bring new rules to the network, yet they are backward compatible. So, nodes that, for some reason, don’t want to update their software to the latest version, can still be full-fledged participants of the network. In fact, these nodes can create new blocks and process transactions just like the upgraded nodes, but only as long as they follow new sets of rules.

To put it simply, imagine that nodes speak British English within a blockchain. The soft fork was implemented, and now, to validate transactions and create blocks, miners have to use American English. However, British English will do too. This is backward compatibility.

What Is an Example of Soft Fork?

One of the first soft forks happened to Bitcoin in the early days. Initially, its blockchain didn’t have a block size limit, but it was later implemented by Satoshi Nakamoto.

SegWit, a software update proposed on the Bitcoin network in 2017, is probably the most famous soft fork. Members wanted to alter some characteristics of the Bitcoin blockchain, block size particularly. Notably, due to disagreements within the community regarding the SegWit soft fork implementation, what started as a soft fork later transformed into a hard fork and led to the launch of a new cryptocurrency — Bitcoin Cash.

Since users running old nodes and merchants running soft forks will read blocks of both new and old versions, soft forks do not carry the double-spending danger that is inevitable for hard forks.

What Is a Hard Fork?

A hard fork brings more serious changes to the network’s protocol than a soft fork. In this case, nodes that haven’t upgraded to the new version of the protocol cannot perform actions on the blockchain. An update to the newest version is mandatory; otherwise, old nodes will not be able to validate blocks and continue to maintain the network.

Imagine that nodes speak American English within a blockchain. The hard fork occurred, and now, to validate transactions and create blocks, miners have to use Spanish. If a node doesn’t speak Spanish or doesn’t want to learn it, it can’t participate in the blockchain’s operations and has to leave the network.

The updates are so radical they can trigger the creation of a new blockchain. Hard forks can be planned like Ethereum’s Constantinople, but history knows cases of controversial hard forks.

Bitcoin Cash (BCH) is a perfect example of a controversial hard fork. The separation from the main Bitcoin chain took place on August 1, 2017, at block No. 478558. A small part of the BTC community did not agree to implement the SegWit upgrades. Once they knew they couldn’t persuade the majority of BTC miners, a new cryptocurrency (BCH) and a blockchain were created. A year later, this Bitcoin fork met its own hard fork, currently known as Bitcoin SV.

The notorious DAO situation splintered the Ethereum network into two independent ones. The hard fork of the blockchain has resulted in Ethereum Classic (ETC) and Ethereum (ETH) blockchains. It is fair to say that Ethereum Classic is considered to be the genuine Ethereum platform, while ETH is a new chain since the block No. 1,920,000.

The communities of both blockchains are devoted to two different philosophies and stay skeptical of one another. However, ETC and ETH are continuously under development; for example, Ethereum (ETH) completed its Gray Glacier hard fork in June 2022.

As the first and oldest cryptocurrency in the industry, Bitcoin has the most number of forks by right. Some of them are successful and hit the top 10 cryptos by market capitalization, and some of them turned out to be a scam.

The list of BTC hard forks is pretty long. Most of them split from the main chain at the end of 2017 when Bitcoin reached $20,000. The strongest ones have survived, while others were left behind. You can find more detailed information on each Bitcoin hard fork in this article.

The phenomenon of blockchain forks is something that we are going to see more and more of in the future, whether those forks are hard, soft, or temporary. Some of them may change the crypto game dramatically, like Ethereum and Ethereum Classic, and some may not. They can be controversial, but they are also a natural result of the way blockchain technology works. So far, there have been quite a few successful forks, and we believe we will see many more in the years to come.

What do you think about this trend? Do you think it is good for the development of blockchain technology? Let us know your opinion in the comments below! 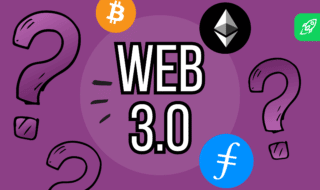 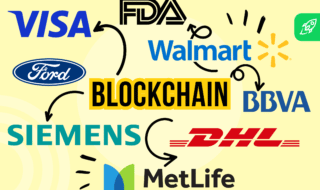 The Top 20 Public Companies that Use Blockchain Technology 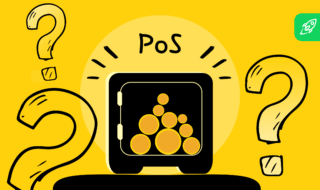 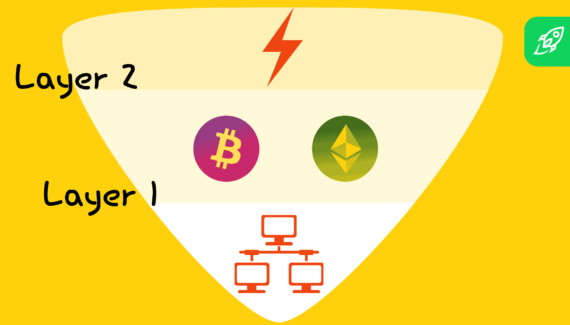 What Is Layer 2 in Crypto? 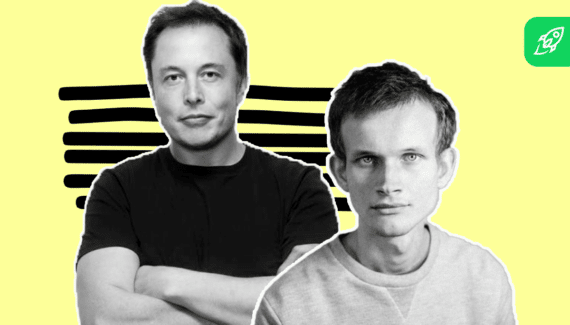