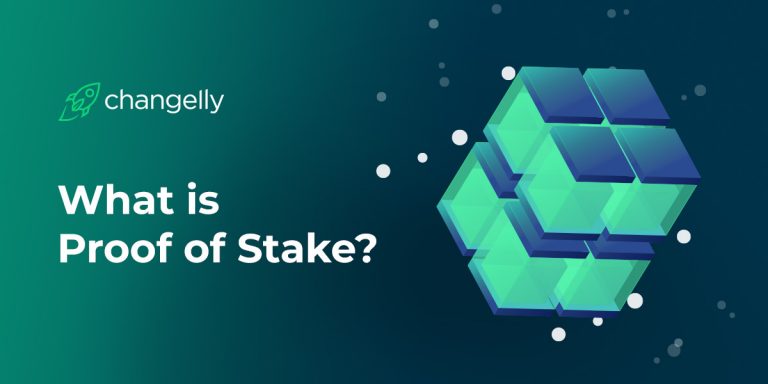 It’s not a secret that blockchains are based on certain algorithms of consensus to enable transactions and data exchange. Bitcoin was the pioneer in the sphere with the proof-of-work mechanism, but it’s not as superb as it used to be. More technologically advanced consensus algorithms started to appear, and proof-of-stake is one of the most efficient options available. How does it work, and which blockchains are using it? Read about proof-of-stake explained in detail.

To put it simply, proof-of-stake is one of the most popular consensus algorithms on blockchain networks. In PoS, the generator of the next block chooses a node with a greater balance – the amount of resources, for example, coins in cryptocurrency. Therefore, the staker with the greatest balance has more chances to generate a new block. For the creation of the block itself, the node does not receive a reward. Remuneration is paid for the transaction.

Instead of solving a cryptographic problem, transactions are validated by “freezing” a certain number of miner coins as collateral. Coins are frozen until an “agreement” on the validity of transactions is reached. After reaching a consensus in the network, transactions are added to the blockchain, and coins are kept frozen for some time in order to protect against attacks on the network. When coins are unfrozen, miners get their coins back plus a small commission for recording transactions on the blockchain. Such an algorithm is designed to discourage attackers from validating fake transactions because of the risk of losing a “collateral”.

This video gives a clear explanation of what Proof of Stake algorithm is:

Where PoS is used?

Today, the protocol is used by several major blockchain industry players. Proof of stake coins include Cardano, OmiseGo, QTUM, and Ardor. Ethereum proof of stake transition was also completed in 2019. Hybrid of PoW/PoS is used by Dash, Stratis, HShare, and Pivx.

The history of Proof-of-stake

The Proof-of-Work concept was first described in 1993 in Pricing via Processing, Or, Combatting Junk Mail, Advances in Cryptology (by Cynthia Dwork and Moni Naor). Term PoW was not used in the article back then, but the authors proposed the following idea:

“In order to access the shared resource, the user must calculate some function: rather complicated, but feasible; this way you can protect the resource from abuse.”

In 1997, Adam Beck launched the Hashcash project dedicated to the same anti-spam protection. The task was formulated as follows: “Find a value x such that the SHA (x) hash would contain the N most significant zero bits.”

The system suggested hashing partial inversions when sending via email. To calculate the corresponding header, about 252 hash calculations are required, which must be recalculated for each send. And if additional calculations of obstacles do not create obstacles for sending several ordinary letters, then sending spam makes the need for constant recounting very resource-intensive. At the same time, the verification of the correctness of the computer code is very fast: a one-time calculation of SHA-1 with a pre-prepared label is used.

In 1999, the term Proof-of-Work also appears – it was used in the article “Proofs of Work and Bread Pudding Protocols” (authors – Marcus Jacobson and Ari Jewels) in the Communications and Multimedia Security magazine.

Bitcoin’s Proof-of-Work spawned an entire mining industry and became an impetus for the development of specialized equipment since the computing resources spent on hashing blocks are huge and far exceed the capacities of the largest supercomputers.

At the same time, the notorious “reverse side of the coin” was revealed: PoW quickly turned into a monster, devouring electricity in the race for mining profitability. In 2012, the overall capacity of the BTC network already exceeded the most powerful supercomputer in the world in terms of performance, and the first alternative, Proof-of-Stake mining appeared on the horizon. It made mining less energy-consuming, and way easier (especially for coin holders).

PoS has the following advantages:

At the same time, PoS is not devoid of downsides:

Proof of Stake vs Proof of Work – What is better?

Disputes between proponents of Pow and PoS have been going on for a long time, but the nature of these disputes is more theoretical. Practice shows that the role of the developer in security matters is still very high. 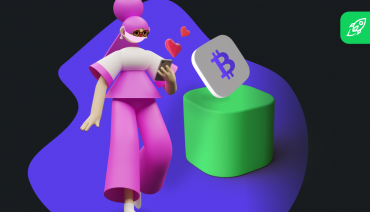 At the same time, many consider the hybrid version of PoW and Proof of Stake implementation to be the safest solution. This approach is already actively practiced – many cryptocurrencies have a PoW stage when a currency is issued through classic mining, and a PoS stage, which occurs after the completion.

Nevertheless, despite the fact that PoS systems will always be easier to implement and generally more reliable in terms of security, most serious cryptocurrencies will most likely not refuse from using PoW, too.

DPoS is one of the varieties of the Proof-Of-Stake consensus algorithm, in which blocks are signed by elected representatives. The owners of the largest balances choose their representatives, each of which receives the right to sign blocks on the blockchain network. Each representative with one or more percent of all votes falls into the council. The next representative is selected (in a circle) from the formed “board of directors”, who will sign the next block. In the event that, for any reason, the representative missed his turn in signing, he loses the delegated votes and leaves the “board of directors”, after which the next most suitable candidate is chosen in his place. The owners of the balances delegating their votes in no way lose control over them.

The main advantages of the DPoS algorithm are:

As the name implies, LPoS is another modification of the Proof-of-Stake algorithm. At the moment, it is supported only by the Waves platform. As part of this algorithm, any user has the opportunity to transfer his balance to lease to mining nodes, and for this, mining nodes share a part of the profit with users. Thus, this consensus algorithm allows you to earn income from mining activities without mining itself.

Although PoS has a few drawbacks, this consensus mechanism has proved to be superb to PoW in terms of energy efficiency and simplicity of mining. The way mining is organized encourages users to hold coins and participate in processes taking place on the blockchain. PoS is definitely a great option for miners, and blockchain developers say it proves to be more efficient for transaction validation in many cases.