What is Dash (DASH)? 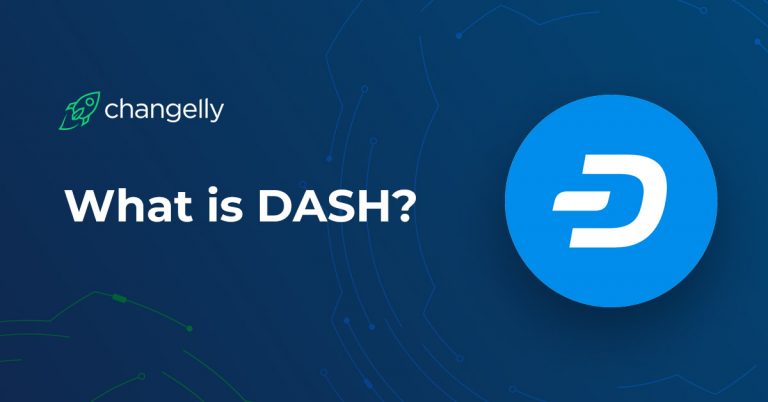 Although DASH is formally a Bitcoin fork, it differs significantly from dozens of other altcoins in the cryptocurrency market. This is an anonymous coin with its unique two-level system in the full sense of the word.

If you are still not familiar with the key features of this cryptocurrency, then this detailed guide will reveal them for you!

Read our DASH Price Prediction for 2021

Dash is a new cryptocurrency, which has gained immense popularity due to the high level of decentralization. The system reliably protects the personal data of all users through anonymous transactions performed using a unique technology developed by the cryptocurrency creators.

Transactions in Dash are fully anonymized, which allows each user of this cryptocurrency not to worry about the safety of any data related to the transactions made.

Dash uses not one, but a combination of several cryptographic algorithms, which allows the internal system to use the best encryption method to protect transactions.

Dash has a low transaction fee, it was a bit lower than $0.02 since January 2019. Working with the platform is much more profitable than with other cryptos, as well as with the majority of credit organizations and banks. The minimum payment is charged only for sending micropayments.

An important advantage of DASH is the speed of operations. Payments are almost instantaneous thanks to InstantX unique decentralized technology. This feature makes Dash much more appealing for use than other cryptos.

Mining Dash requires less power than other popular cryptocurrencies. Therefore, the demand for it is constantly growing.

Decisions on the further development of the system are not made by individual developers, but by all members of the Dash network through the mechanism of decentralized management (Decentralized Governance). This mechanism allows each member of the network to contribute their ideas on cryptocurrency development or vote for other initiatives.

In addition to the mining mechanism, Dash uses masternodes, which provides both faster confirmation of transactions and anonymization procedure.

DASH is a digital currency with a high level of anonymity, which was created as an alternative to Bitcoin. The system is managed by Dash Core DAO, and the author and developer is Evan Duffield. He created the first truly anonymous cryptocurrency, which was not much different from Bitcoin, but allowed users to remain unknown.

Dash cryptocurrency was created based on the technology of digital coins such as Primecoin, Litecoin, and Quark, from which the principles of complexity adjustment, hashing algorithms, and so on were borrowed.

In 2010, Evan Duffield – one of the creators of the Dash – became interested in Bitcoin, from which began his acquaintance with cryptocurrency.

Two years later, Duffield thought about how to make Bitcoin more anonymous. He offered several options to the developers of the most popular cryptocurrency. But, the proposals required changes to the basic Bitcoin protocol, which they did not want to do; therefore, Duffield was not heeded. But Evan did not stop at this point and improved the invented algorithm – x11, which later will form the main basis of DASH.

2014-2016
Officially DASH as cryptocurrency appeared in January 2014 that was initially called “XCoin.”

A month later, the founders decided to rename the cryptocurrency to emphasize its main purpose – completely anonymous transactions. Under this goal the name “Darkcoin” perfectly suited.

After the implementation of several updates by the development team, in the fall of 2014, Darkcoin successfully tests Kristov Atlas, an internationally recognized expert in the field of cryptography. From now on, Evan Duffield opens the source code of his currency.

The cryptocurrency ecosystem has grown more and more. Anonymity has already become not the only feature, and the team again decided to change the name of the cryptocurrency.

In March 2015, it was named “DASH.” Under the word Dash, both the concept of “digital money” and one of the semantic meanings in the English language, denoting speed in the race, swiftness and throw, are played up.

During 2015, Dash implements a system of integrated decentralized voting, management, and financing, which lays the foundation for the long-term development of cryptocurrency.

With the lapse of time, the cryptocurrency has grown into a unique peer-to-peer network, the development of which moves through various community rewards.

Starting from 2016, the cryptocurrency began to rise steadily, and by the end of the year, its value had broken through the $ 10 mark. Capitalization then exceeded $ 77 million.

In October 2017, DashCore develops company signed a strategic agreement with the online banking platform Wirex. This agreement provides for the integration of cryptocurrency into the banking system, which will allow Dash holders to pay at 40 million VISA card acceptance points in more than 210 countries around the world.

In 2017, the cryptocurrency beat record after record and reached an absolute peak in late December. Then the rate of DASH rose to $ 1.499. Capitalization jumped to $ 11 billion.

From December 10, 2018, a KFC fast food restaurant in Caracas (Venezuela) began to accept Dash as payment. At first, the cryptocurrency will be accepted only in the capital, but if the experiment is successful, this payment method will spread to the rest of the country.

Why DASH worth it?

DASH – time-tested cryptocurrency. For several years, the team has successfully not only supported the work of an existing network but also developed it. This cryptocurrency provides anonymous and fast transactions.

During its existence, the cryptocurrency DASH has become legendary. It is ideal for fast, anonymous transactions and payments.

The basis of Dash is a unique two-tier P2P architecture, which incorporates a special reward system. Security blockchain depends on the miners who are encouraged to participate in the platform. Storing, checking, and providing the blockchain to users are tasks that are carried out by masternodes or network nodes.

But let’s take a closer look at the Dash cryptocurrency system and emphasize the advantages of a given currency. 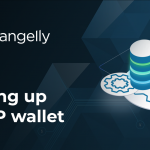 Ripple (XRP) Coin Wallet Set Up, How to Choose the Best XRP Wallet?

Masternodes are specialized nodes (or servers) that use the process of mixing Dash coins in the PrivateSend network. Masternodes are governed by a community of volunteers without a single central authority. To activate each masternode used in the cryptocurrency network, a deposit of 1000 Dash coins is required.

The work of the volunteers who manage the master units is rewarded by a 45% commission, charged from the miner’s reward for each block found. Now, more than 4,700 masternodes keep DASH blockchain working.

Masternodes form a separate network layer for servers that work together in clusters or quorums. This allows the crypto to provide many important features, including high transaction speed, privacy, and complete decentralization.

InstantSend is an instant transaction service used in the Dash system. The functionality of the service solves the problem of double spending without a long wait for confirmation – the speed of Dash transfers is five seconds.

The highest security of the currency is provided by a special hashing algorithm. It includes as many as 11 stages since it is almost invulnerable. Inside the platform produced their cryptocoins, the number of which is limited to 22 million. This eliminates inflation and the depreciation of coins.

Also, as it was already mentioned in this article, all the advantages and the work of the system itself depends on the community – on users. Developers maintain close contact with the coin holders, taking into account their wishes.

The funds received can also be spent on general needs, which masternodes vote for. An extra point to the DASH team from Changelly, give people freedom!

How to buy DASH?

There are several ways to buy DASH for fiat money, including cash, banking card, or any other means of payments of your choice. They differ in velocity, the simplicity of purchase procedure, and the level of anonymity.

Changelly platform offers you a way to buy DASH with your banking card swiftly, safely, and with minimal authentication procedure. The fiat payment process is powered by our partner Indacoin and takes just a few simple steps to take.

What is the future of DASH?

The Dash team has set a goal to become number one among all other cryptocurrencies in non-cash payments. And taking into account the features of this platform, this development is quite real.

Anonymity and the ability to use DASH as a daily payment instrument allow this altcoin to remain in the top of all cryptocurrencies by market capitalization for a long time.

A progressive network development system, a high level of protection, and a unique distribution of rewards among the participants provide unlimited opportunities for the growth of this cryptocurrency rate.

Dynamically developing payment system consistently delivers a large number of improvements to the DASH ecosystem. Overall, broad adoption and rapid development are the main reasons for many experts to believe that this currency has a future.

We’ll keep you updated about the latest news, tips, and guides. Stay tuned!