In August 2017, the Bitcoin blockchain split into two separate blockchains, resulting in a new decentralized digital currency called Bitcoin Cash. The creation had been preceded by a fierce discussion on Bitcoin’s scalability problem. This report reviews the Bitcoin hard fork (BCH) and determines how the new crypto asset differs from the “elder brother” in the Bitcoin vs. Bitcoin Cash standoff.

Bitcoin is the first digital currency that provides financial transactions in a decentralized network and exists only on the Internet (it has no physical analog). Bitcoin — a decentralized, peer-to-peer electronic cash system that might replace fiat currencies and render financial institutions obsolete one day.

It eliminated the need for a trusted third party to verify transactions and mediate disputes due to spreading the job of verifying transactions across the network, where various parties could use their computing power to confirm that BTC coins were sent. It has become possible due to the features of the first cryptocurrency, such as:

To conduct Bitcoin transactions, you do not need to register anywhere, sharing your personal data (full name, passport details, etc.). You just need to create a digital wallet with a unique number — this will be your identification tool in the system.

The system operates on blockchain technology, the peculiarity of which is the absence of a trusted third party: information on transactions is stored simultaneously on multiple devices of network participants. The same property of blockchain technology determines the following feature of Bitcoin.

Since the information is stored on a vast number of different media, it is impossible to change it. Any alteration in the chain, even on several carriers, will lead to other network participants recognizing this information as false — the deception will be immediately disclosed.

Since transactions are carried out directly between users without intermediaries, no third-party commission is charged.

Being specified in the system code, the number of Bitcoins is strictly limited. Thus, this amount cannot be changed (21 billion coins).

If you have started a payment, it will no longer be possible to cancel it.

However, despite the significant number of Bitcoin’s pluses both for the community and the individual user, it still has some cons: slow processing when used as currency to make direct purchases and significant energy consumption to provide computing power for mining and processing transactions.

The purpose of creating Bitcoin is the emergence of a new payment system that works without the participation of any central authorities or financial institutions: transaction management and issuing (the receipt of a new currency into circulation) is provided directly by the system without having any intermediaries involved — this allows to reduce the network fees significantly.

Today, the first digital assets developers believe that Bitcoin is more like digital gold or a store of value, so they weren’t taking steps to increase the transaction throughput.

What Is Bitcoin Cash?

Like its “elder brother,” Bitcoin Cash is a payment system and a cryptocurrency of the same name with the informal designation of BCH. Bitcoin Cash was created on August 1, 2017, as a hard fork of the Bitcoin blockchain. The BCH coin is actively traded on cryptocurrency exchanges and is used as a measure of the value of many goods. Unlike the network of Bitcoin, Bitcoin Cash has an extended block size (32 MB). Bitcoin Cash was introduced by Bitcoin miners and developers concerned about the future of the most popular cryptocurrency and Bitcoin’s ability to scale effectively.

“Fork” is the term used to describe the use of the software base of one cryptocurrency to form another, working on a new algorithm. Such a branch can exist in parallel with the original blockchain project or become the beginning of a radically new solution.

The split of the most famous cryptocurrency ever created happened primarily due to philosophical friction in the Bitcoin community; some developers saw Bitcoin more as a store of value while others wanted to encourage its use as a medium of exchange. Bitcoin’s limitations in size for one block in the blockchain led to creating a “queue” for transactions confirmation, which sometimes could take several days. Bitcoin users could speed up the process by increasing transaction fees, which contradicts the idea of using cryptocurrency as a means of payment: it becomes unprofitable to submit small transactions.

Two major solutions were proposed to solve this problem, including the segregated witness technology (SegWit2x protocol). However, some developers refused to accept the changes in the blockchain structure and announced the creation of a new fork of Bitcoin, which retains all the basic principles, but has an eight times bigger block’s size (8MB instead of 1MB). It was named Bitcoin Cash, and the network passed the hard fork procedure on August 1, 2017.

Bitcoin Cash is used for the same purposes and solves the same tasks as Bitcoin: transfers, payment for services, goods, etc. Nowadays, many people prefer to use BCH cryptocurrency due to its lower transaction fees, larger block size, and increased transaction speed.

Bitcoin is the first cryptocurrency to be created, and it is frequently considered “digital gold.” Bitcoin Cash was introduced as one of the BTC’s hard forks. It means that both assets share a transaction history, a common codebase, and so on. The Bitcoin vs. Bitcoin Cash standoff detailed analysis is essential for determining why a significant part of the cryptocurrency community has decided to change the blockchain underlying technology. As of August 2017, it happened to the Bitcoin blockchain.

Most crypto enthusiasts and wallet holders were seriously counting on updating the system. Due to network limitations, the load on the servers increased, respectively, operations remained in a standby mode for a long time. Users had to pay a considerable commission for faster transactions (to have transactions processed as quickly as possible instead of waiting in the queue).

In the context of blockchain technology, a transaction is duplicated from one block to another. For example, Alice sends 5 BCH to Bob, but as a result of the attack, she will resend him 5 BCH, although she did not intend to do this. 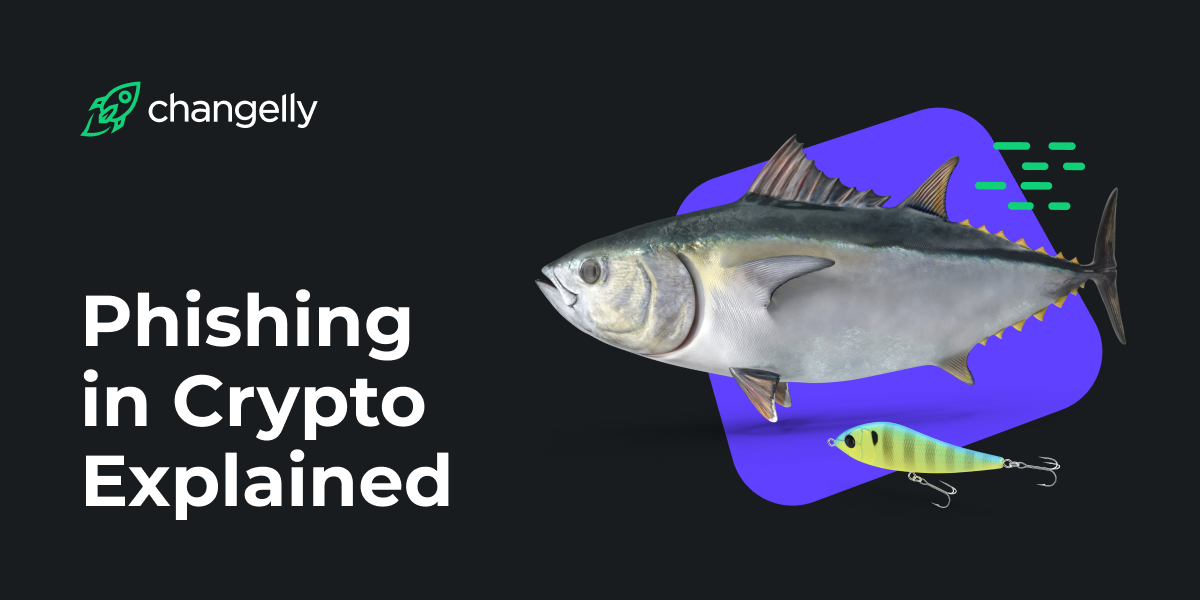 How to Avoid Phishing in Crypto Space

The SigHash algorithm recognizes duplicate transactions and invalidates them, thereby providing users confidence in the security of operations on the network.

The mechanism of protection against repetition is implemented in both cryptocurrencies, but it is somewhat different. Transaction signatures are marked in BCH, indicating that they belong only to this currency.

Bitcoin is hard to beat. The price of Bitcoin has risen by more than twelve million percent, which is unheard of in the world of finance. On the other hand, Bitcoin Cash didn’t perform particularly well. Its value has dropped more than 65% since its inception in 2017.

If you are looking for the best place to get Bitcoin or Bitcoin Cash, an instant crypto exchange Changelly is always at your service. Our platform allows you to buy, sell and exchange BTC, BCH, and a wide range of over 200 cryptocurrencies available on the platform in a fast, secure and effortless way with your credit/debit card (Visa, Mastercard), bank transfer, or Apple Pay. The user-friendly design allows customers to make a BTC or BCH purchase in a few clicks. Select the preferred option on the main page and follow the given instructions. In case of any questions, our Customer Support is always at hand!

To maintain a stable speed of finding blocks, both digital assets in Bitcoin vs. Bitcoin Cash standoff utilize a difficulty adjustment algorithm. In blockchain technology, the difficulty is understood as a measure of the computing power needed to mine a block. In classic Bitcoin, it is reviewed approximately once every two weeks; it works similarly for Bitcoin Cash.

A periodic review of the difficulty allows you to adjust it faster, thereby ensuring a more even distribution of rewards among miners. It also allows you to avoid situations when introducing a new large pool leads to increased earnings of its owners until the moment of revision.

Bitcoin network fees usually go from $4.10 to $4.30 for each transaction, although they have reached $60. BCH fees never go beyond one dollar, having averaged one cent. Larger Block Size enabled BCH to process as many as 200 transactions each second, making it harder to place blocks and less competitive charges. The maximum block size was increased from 1MB to 32MB, allowing BCH transaction speed to rise significantly (100 tps).

Bitcoin Сash is increasingly using smart contracts language, including Cashscript, to support its functions. Cashscript will bring DeFi into Bitcoin Cash so that BCH could rival Ethereum and Bitcoin. Some tools like CashSuffle and CashFusion have already been developed to improve user privacy on social networks. Blockchain does not allow smart contracts; however, work is being done for allowing decentralized finance (DeFi) on top of them, as Square’s founder, Jack Dorsey, said.

The block size in the original Bitcoin is limited to 1 MB. With a large transactional load on the network, this leads to the fact that not all transfers are placed in one block. In this case, their senders and recipients have to wait for the transfer to be completed for a couple of hours or even days. To make a transaction faster, you need to offer miners a higher commission cost. It is what caused the “split” that gave rise to BCH. In the Bitcoin Cash network, the block size limit has been increased to 8 MB.

Is Bitcoin Cash better than Bitcoin?

Is Bitcoin Cash the same as Bitcoin?

Like Bitcoin, Bitcoin Cash is a separate currency with its blockchain. It works the same way as a digital currency, and a new BCH (Bitcoin Cash) is created through mining. It was created in  2017, which makes it much younger than the original Bitcoin.