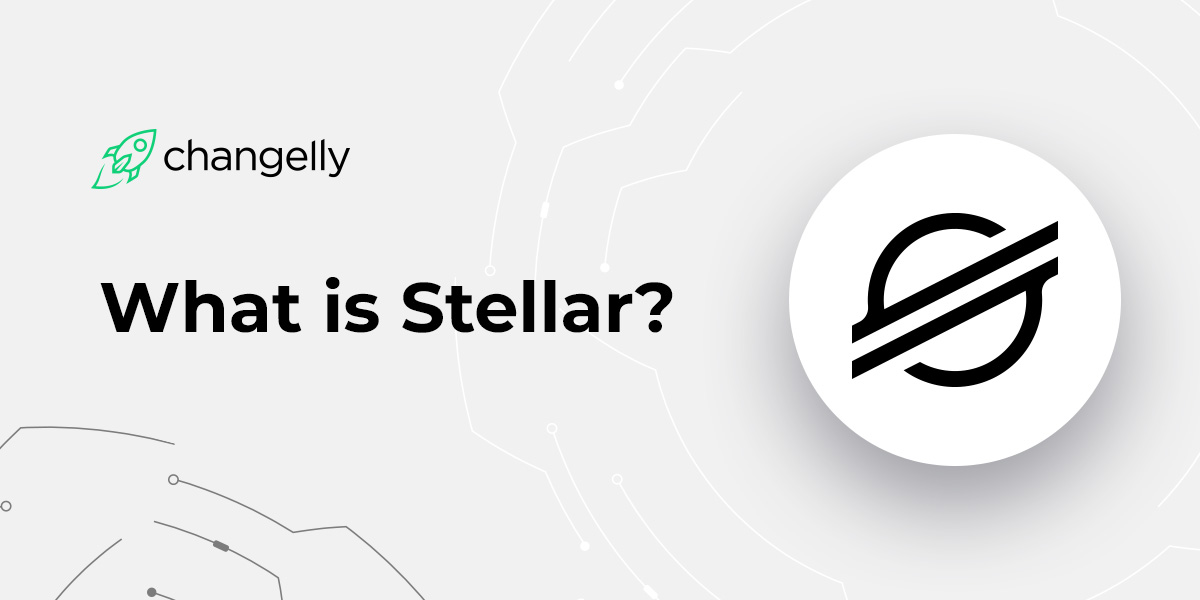 Stellar Lumens cryptocurrency is known as Ripple-killer. However, it is just a Ripple fork that developed in separate successful cryptocurrency. Stellar Lumens (XLM) was created by the programmer from Ripple Labs, Jed McCaleb, in summer 2014. He and several other developers stood at the origins of Stellar creation.

Stellar Lumes is based at the same protocol. At the dawn of its existence, Stellar was claimed to be a copy of Ripple. But in 2015, it was transferred to its own open-source protocol. During its development, some of the significant shortcomings of Ripple were eliminated.

Stellar Development Foundation manages stellar cryptocurrency, and the project itself is non-commercial. The founders, its board members, and consultants do not receive financial benefits from its activities. The organization only develops and supports the project. Find out all the exciting facts about Stellar (XLM) cryptocurrency with the review from Changelly!

Jed McCaleb is a former developer of Ripple Labs. He established the Stellar Development Foundation. He created file-sharing service e-Donkey and the first Bitcoin-exchange Mt.Gox.

Joyce Kim is a co-founder of Stellar. Before entering the company, she was a managing partner at SparkChain Capital.

Stellar Lumens (XLM) cryptocurrency was initially made to reduce time and cost required for cross-border transfers. In 2017, the Stellar was used for the launch of new coins as an ICO platform that was easier and cheaper than Ethereum.

The system has a built-in decentralized exchange that can be used to trade any fiat or cryptocurrency around the world. The target audience and investors of the project is merchants and retailers. Stellar has already signed a partnership with IBM.

The Lumens are the native pre-mined asset of Stellar Network. It requires to hold a minimum balance of 20 XLM to start transactions.

?️ You can check out the price-list formation and more details about the coin on BitcoinWiki.org.

Stellar is an open source distributed network used to contribute cross-asset transfers. So Stellar is simply one of the most decentralized payment technology systems. The Stellar network operates with a distributed ledger that updates all nodes every 2 to 5 seconds within the system.

Stellar uses the Federated Byzantine Agreement (FBA) algorithm, which utilizes quorum slices to approve transactions. One thing that makes Stellar network so fast is the set of nodes that automatically approves another node.

Let’s sum up the most essential features of Stellar blockchain in the following list:

The team has released its roadmap for 2019. Stellar Network has several directions of development including Horizon API, Stellar Core software, and more. Let’s dig into the Stellar future.

The main points of development also are increasing the community, integrating feedback, and collaborating with ecosystems.

?️ You can read more about Stellar (XLM) future plans in its Roadmap.

The new asset is already available to Coinbase.com users. The news had a positive effect on the Stellar price, which instantly grew by several percents.

In order to store XLM coins, you need to get a wallet first. There are not so many multi-currency wallets to store both Stellar Lumens coins and other cryptocurrencies. You can choose a cold or a hot wallet in order of your preferences.

Where to trade Stellar (XLM)?

It’s easy to exchange XLM coin due to a significant number of platforms accepting this cryptocurrency.

Changelly platform offers you a way to buy Stellar Lumens (XLM) with your banking card swiftly, safely, and with minimal authentication procedure. The fiat payment process is powered by our partner Indacoin and takes just a few simple steps to take.

Buy Stellar with a Bank Card

Non-profit projects can bring quite a real profit to investors. There are several reasons for the rise in the cost of Lumens in the future.

Stellar has beneficial functionality with a wide range of applications and high expert assessments of the quality of the platform, while the platform has almost no competition.

Competent work of the Stellar Development Foundation team and developers are focused on creating a comfortable environment for users and popularizing the platform. Partnership with IBM and other iconic companies.