What Is Hedera Hashgraph? 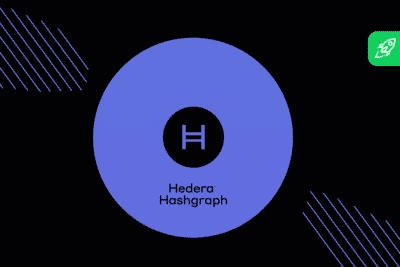 On September 17, 2019, the public beta testing of the Hedera Hashgraph network — a distributed ledger with a claimed throughput of 10,000 transactions per second — was launched. The platform has also launched its HBAR cryptocurrency, a service for smart contracts and file storage. In this report, we tried to figure out the new Hedera public ledger, its principles of work, and what makes the Hedera network a competitive alternative to blockchain.

What Is Hedera Hashgraph?

Hedera Hashgraph is a more efficient alternative to blockchain technology. It is also a distributed registry; however, it uses a different way of recording blocks. Instead of a clear sequence of blocks (blockchain), the Hashgraph uses a Directed Acyclic Graph (DAG), which records information in a non-linear way, without a sequential chain of blocks. Such cryptocurrencies as IOTA and Byteball are already operating on a DAG basis, having benefited from the Hashgraph promise of all the advantages of the blockchain minus its disadvantages.

In the most general form, the Hashgraph works as follows:

– information about the transaction is sent to two random nodes, which transmit them, in turn, to two other nodes, and so on exponentially, until the number of informed nodes is enough to verify the transaction;

– nodes exchange only transactional data with each other; therefore, all the information about the network is not forwarded. Instead of blocks, data is encoded in cryptographic hashes, so everything happens much faster in comparison with the blockchain;

– transactions are recorded in chronological order, i.e., you can track their history.

HBAR is a native cryptocurrency of the Hedera public network, which supports decentralized applications (dApps). Apps developers, in turn, use HBAR to pay for network services: to deploy a smart contract, store a file, or process transactions. In addition, developers can include HBAR cryptocurrency in dApps to simplify the business models of peer-to-peer payments and micropayments.

How Does Hedera Hashgraph Work?

That’s where the fun begins. Globally, the Hedera network structure looks like this:

Everything lies on the Internet layer, where every computer connected to the network via the protocol is a part of the platform. Next comes the Hashgraph consensus, which ensures that everything works quickly, reliably, safely, fairly, etc.

And above the consensus layer, there is already a cryptocurrency (implemented into the entire system), file storage for dApps, and smart contracts for Solidity, which ensure the network operation.

Hashgraph, like blockchain, is a data transfer structure based on a decentralized trust protocol. This data structure was developed by Lemon Baird, the founder of Swirlds and mathematician, in 2016. The structure of data storage in a Hashgraph is best described by the following picture:

In the blockchain, data is stored in blocks, where the hashes of the current and previous blocks, the transactions themselves, and timestamps are recorded. In the Hashgraph network, information is stored in events, which similarly contain hashes of the “parent” events, transactions, and timestamps. And that makes a difference. The data structure is represented below:

According to the protocol, one selected node opens the next block in the blockchain, while in the Hashgraph, all nodes communicate with each other, exchanging the latest current states (events).

In other words, Gossip is the “Word of Mouth” protocol, as it helps nodes to “communicate” (exchange the latest states and events inside of the Hashgraph). When generating a transaction, the node reports a change in the Hashgraph state to the next one who is willing to proceed with a transaction.

Speaking about Consensus Protocol in the blockchain framework, let’s take a Proof-of-Work algorithm as an illustration. Nodes compete for the right to create a new block in the blockchain by finding out who has more computing power. In return, they receive a mining reward. If a node aims to cheat and, for example, duplicate a block, the next node confirming the transaction will reject it; thus, the node will turn to the previous one, and the block will be deleted.

It is assumed that miners’ reward for creating a new block will guarantee the execution of transactions. However, these guys are human, after all, and greed and envy rule the world! Therefore, should miners work in collusion, such attacks are quite possible. For example, there is no protection against duplicate transactions in the SegWit2x protocol, which was canceled.

Having the built-in event verification protocol, the Hashgraph has truly evolved. Indeed, nodes do not need to do anything extra to verify transactions. Everything is based on the work of distributed ledger technology.

What Are Hedera Hashgraphs’ Aims?

The project aims to create a platform representing a data structure that can challenge traditional blockchain technology. The project developers have set themselves several goals that can be distinguished:

The Hedera Token Service (HTS) provides applications an opportunity to configure, mint, and store unique tokens. Network participants enjoy fine-tuned control over tokens and accounts, with key and token configurations that provide flexibility for account verification and freeze, token supply management, transfer, and more. In HTS, it is incredibly easy to create a new token that may represent anything from a stablecoin pegged to the USD currency or an in-game reward system.

HBAR, the project’s cryptocurrency, is used to pay for network services (launching a smart contract, storing a file, or paying a transaction fee), dApps, building peer-to-peer payments and micropayment business models and protecting the network from intruders. At the start, the amount of $0.36 was offered for the HBAR token. At the time of writing, the HBAR coin costs $0.43. If you think of making an HBAR purchase, an instant cryptocurrency exchange Changelly is at hand 24/7. You can seamlessly get some HBAR coins in a few clicks and with minimum effort on our platform.

Hashgraph is written using a Hashgraph consensus mechanism based on two types of nodes. Consensus nodes determine the order of transactions. Mirror nodes relay the information to other parties throughout the network. By using a restricted number of nodes to determine its history, the model ensures that the transactions will not be changed later. It is different from how most traditional blockchains achieve consensus and how the state of blockchain is determined each time users add or deny blocks into the blockchain in an open competition. Thus, Hedera Hashgraph claims to have features that combine the benefits of both public and private blockchains.

As of 2021, 39 members of the Hedera Governing Council and the executive committee included Google, IBM, and Boeing on board. The council’s role is to control the software by voting on changes, enabling them to be allocated correctly, and maintaining the network’s legal status in several jurisdictions. The Hedera team hopes to open the door to everyone who wishes to install the nodes.

It provides developers with an accessible introduction to the Hedera API, allowing them to exploit its features and quickly progress from “Hello Future” to genuinely amazing applications. Hedera’s Open Source SDK supports three services on the platform, including File Storage, Smart Contracts, and Cryptocurrency.

Blockchain is a distributed ledger that supports an ever-growing list of records called “blocks”. Each block contains information about the previous one. All blocks can be built into one chain, which will collect information about all the transactions that have ever been made.

There is a misconception that the blockchain is intended only for financial transactions. In fact, with the help of blockchain, it is possible to conduct any transactions with any tangible and intangible categories of value, such as money, goods, property objects, electricity generated in the household and given to the network, and even votes.

Hedera Hashgraph has some advantages over blockchain:

Due to the high throughput, Hedera is optimal for solving commercial tasks, making small payments, paying for online games, and decentralized financial markets.

The comparison of blockchain and Hedera Hashgraph core characteristics is presented in the table below.

The prospects of Hedera Hashgraph seem tempting, but so far, the system has not been studied. Even the familiar blockchain has not found mass application yet throughout ten years. In the long term, the Hedera Hashgraph project has vast potential. However, the success depends entirely on understanding what its authors intend to implement and how the platform will develop.

The project has already aroused serious interest from large corporations’ representatives and investors, which is just the beginning. The belief of big companies in the Hedera Hashgraph project suggests that it should be taken as seriously as possible — this is not another scam.

Of course, Hedera Hashgraph will not kill the blockchain. New cryptocurrencies do not kill Bitcoin — why should another distributed ledger pose a threat to the blockchain? After all, not only speed is important but also the history of the project, its popularity, community, and infrastructure. In any case, the potential advantages of the Hashgraph network make it a very interesting project that is worth following closely. In the end, if Hedera Hashgraph is the future, it would be a shame to miss it. 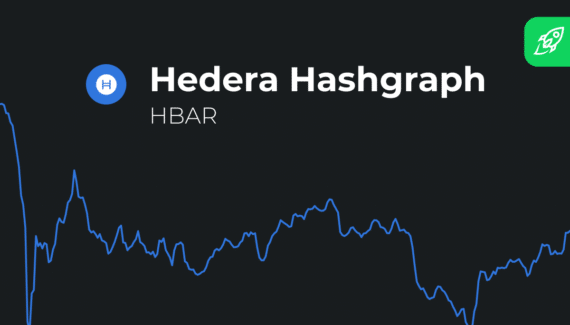 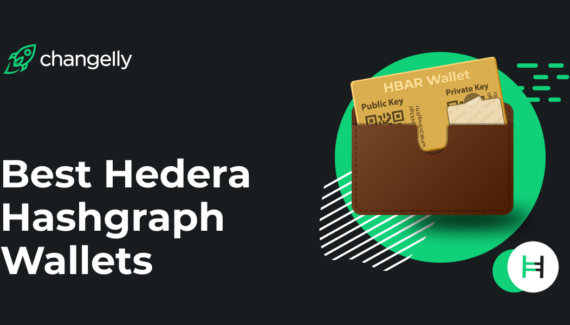