Blog › Academy › Cryptocurrency › What is Enjin (ENJ) Coin about?

What is Enjin (ENJ) Coin about? 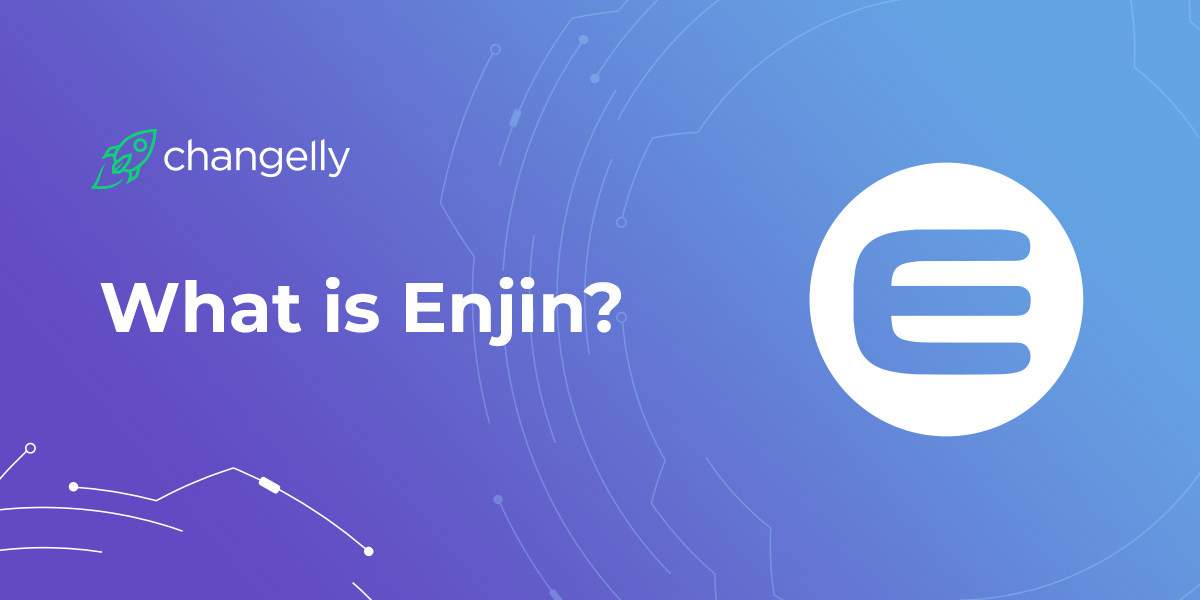 ENJ cryptocurrency is a digital platform token based on Ethereum network for creating centralized applications in the game field. With Enjin Coin (ERC20 token standard), developers can not only create virtual game products but also implement them.

The most common use of Enjin is to create community, clan or guild sites. Modules built on the Enjin platform, such as the Wiki page, ticket support system, message board, and application system, allow users to create a custom website specifically for their communities.

Some of the popular Enjin communities are games such as Minecraft, World of Warcraft, Guild Wars, Rust, etc. The goal of the Enjin team is to make Enjin Coin the most useful cryptocurrency for games and gamers. Let’s explore Enjin coin with Changelly!

Enjin, the largest platform for games founded in 2009 in Singapore, began to develop the Enjin Coin cryptocurrency back in 2017. Considering all the current problems in the industry, Enjin decided to create its product on the Ethereum blockchain and named it Enjin Coin (ENJ).

The total emission of ENJ coins is 1 billion, of which just over 750 million are in circulation. 80% of ENJs were distributed during the crowdsale, while the remaining 20% was split between the Enjin team and advisors. When a user asset is created, its value in ENJ is excluded from the ecosystem. This reduces its circulation and should lead to an increase in the cost of individual ENJ tokens.

Many analysts and crypto enthusiasts believe that ENJ should be approached with caution. Due to its unstable historical trend and the predicted decline shortly, this will not lead to a high return on current investments.

?️ You can check out the price-list formation and more details about the coin on BitcoinWiki.org.

Enjin coin is based on Ethereum platform. It runs on smart contracts and enables developers, content creators and community organizers to use a host of new tools for managing virtual goods. There is no mining in the system.

The development of the Enjin Coin project forms a wide range for both game developers and the players themselves. For content creators, the positive aspects are based on resolving the following issues:

The Enjin Coin SDK has an integrated decentralized payment gateway. The gateway makes it easy to create custom baskets, invoices, returns, and more. There is also a widget for accepting payments in Enjin Coin and/or Customized Coin, which can be placed on your website. The only commission charged for each transaction with a payment gateway is a small fee on Ethereum. With a smart wallet, you can set up subscriptions/automatic payments for games and websites that are listed as trusted platforms.

The Enjin coin team does not publish any proper roadmap for 2019. They will continue to develop the Enjin Ecosystem, which consists of the following points:

You can read the Q4 2018 Report and some plans on this page.

On March 8, the Enjin Coin cryptocurrency rose in price by more than 75%, exceeding at a certain point $ 0.19. This happened against the background of reports in the Korean press, in which the partnership of the project with Samsung was confirmed.

Rumors that the new flagship model of the Samsung Galaxy 10 will support cryptocurrencies appeared at the end of last year, but only in February at a conference in Barcelona, the company officially introduced the Blockchain KeyStore and crypto-wallet. The logos of Bitcoin, Ethereum, Enjin, and Cosmee were also shown during the presentation.

For storage of Enjin coins, you can use any Ethereum wallet as well as the smart Enjin wallet developed by the team.

Where to trade Enjin (ENJ)?

It’s easy to exchange ENJ coin due to a significant number of platforms accepting this cryptocurrency.

Changelly platform offers you a way to buy ENJ with your banking card swiftly, safely, and with minimal authentication procedure. The fiat payment process is powered by our partner Indacoin and takes just a few simple steps to take.

The relevance of the Enjin Coin platform lies in the growing market for the gaming industry. The annual turnover in this area has already passed the mark of $ 100 billion, in 2020, at such a rate, a turnover of 128.5 billion is forecasted. The entire gaming industry is taken into account from developments for personal computers to the browser and mobile games.

Enjin Coin developers plan to actively collaborate with game projects, expanding their network and developing tools for their successful integration into the system. At the same time, the platform seeks to increase its attractiveness to users.

You should pay attention to a strong development team, as well as to the long run time of the launch platform and the results are shown. Long-term investment can be equally useful and interesting for both professional traders and investors, and for the players themselves.

Disclaimer: This article about Enjin (ENJ) should not be considered as offering trading recommendations. The cryptocurrency market suffers from high volatility and occasional arbitrary movements. Any investor should research multiple viewpoints and be familiar with all local regulations before committing to an investment.