What is Bancor (BNT) Cryptocurrency? 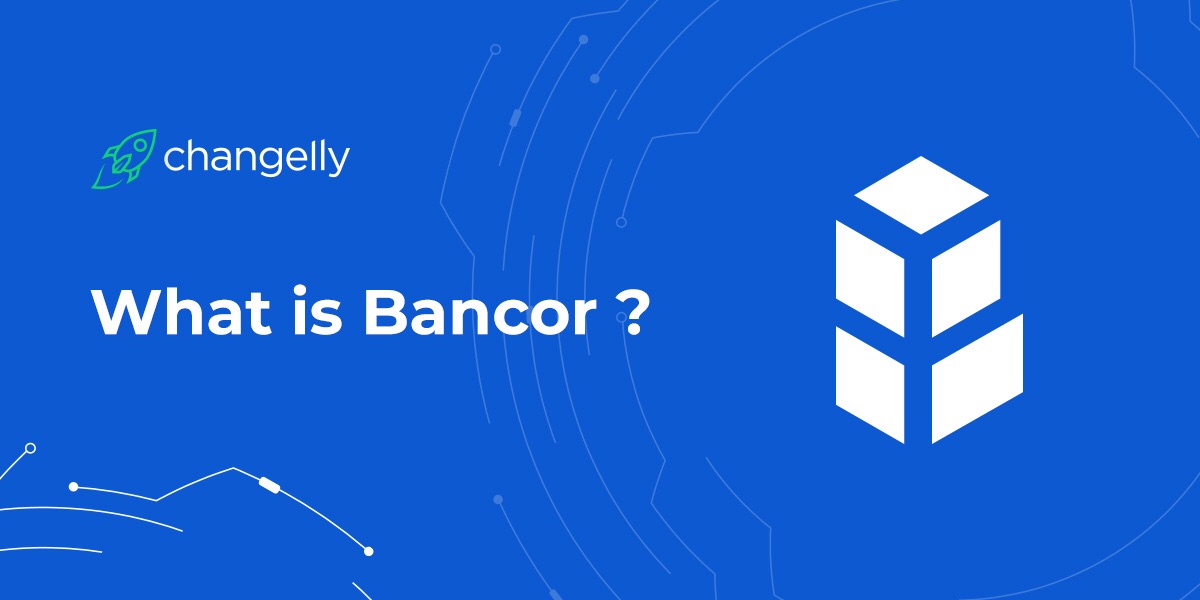 Crypto Asset Conversion Without Middlemen, Or What Is Bancor (BNT)?

Bancor is a blockchain protocol that allows you to convert between different tokens without involving intermediaries. This is possible through the use of reserve currencies, which allow automatic and algorithmic pricing regardless of the volume of trade.

The ultimate goal of the project is to make smart tokens a legal currency, that is, create a standard that will connect all cryptocurrencies in an autonomous decentralized liquid network.

The BNT token is Bancor’s internal currency and the first smart token based on this protocol. The total number is 75,797,992 Bancor tokens, but since it is a smart token, the number of BNTs in circulation constantly fluctuates.

BNT transactions are processed at a level separate from the core layer of the Casper protocol from Ethereum using the Proof-of-Stake algorithm.

Smart tokens can be created or liquidated at any time by adding them to the turnover or removing from it. Consequently, the number of tokens varies depending on the conversions taking place on the Bancor network.

Users can exchange any cryptocurrency for a BNT coin and vice versa. It can also act as an intermediary for converting cryptocurrencies among themselves.

You can get BNT by sending ETH to a specific wallet address. The receipt of BNT tokens after sending funds occurs almost instantly. In a similar way, you can change BNT to ETH.

More on what is Bancor:

BANCOR Network Token or BNT token, is the center of the network. It was activated in June 2017. Users can convert any token on the network to BNT or vice versa. The main purpose of Bancor crypto coin is being an intermediary for converting tokens between themselves. The Bancor formula is used for calculating the speed for these transformations.

You can always get BNT by sending Ethereum to the appropriate address. After that, you will immediately receive BNT tokens. The same method also allows you to convert BNT to ETH. The amount of BNT in circulation is always changing. Tokens are created when users send ETH to a smart contract. Token destruction occurs when users sell their BNT under a contract.

More information about Bancor coin (BNT) can be found on BitcoinWiki.org.

The objective of the Bancor platform is to provide users with the opportunity to exchange tokens without intermediaries in the form of exchanges and other operators, as well as create their own tokens on its basis.

Automated liquidity allows you to promote tokens of various communities and other altcoins. Users can select coins for sharing within their city or region, and companies can create coins for use in loyalty programs.

Initially, the project was designed for the Ethereum blockchain and its ERC-20 standard tokens, allowing even the little-known ones to be always freely convertible in any other automatically. In 2018, Bancor introduced cross-blockchain exchange for enabling ETH to EOS trading and vice versa.

How the transaction validation consensus is reached? The Bancor protocol is used. It serves for the creation of a new type of cryptocurrency called Smart Token. The peculiarity of this type of token is that it can be automatically exchanged for other tokens, removing the need for an intermediary for the transaction. Some Bancor protocol contracts can be found on github.

Smart contracts on the Ethereum platform constantly hold the reserves of one or several tokens and make it possible to issue or burn your token. If the user wants to exchange 2 tokens that do not directly hold each other’s reserves, then the Bancor protocol finds this way automatically, doing the necessary operations, and produces the same result.

Smart Tokens are combined into one network, the connecting link of which is the token of Bancor itself – BNT. Thus, at any time, all tokens are liquid at least to BNT.

No additional fees are charged for exchanges through the Bancor platform, only the transaction costs are paid directly to the Ethereum blockchain itself. The price formula is described in the Bancor white paper. There is no difference between the purchase price and the sale price (spread).

Is Bancor coin mining available? The crypto community was recently discussing it, and people concluded that it’s not possible: Ethereum mainnet is already overloaded with calculations, and it’s not likely that you will be able to get some BNT. However, you can buy Bancor coin easily.

What did the Bancor development team achieve during the years of projects existence?

In the nearest future, Bancor plans and projections are to launch a Dapp browser and expand across blockchains. The roadmap goals are being reached one by one – the project keeps evolving.

Bancor project continues improving its services and adds up to the list of partners and supported coins. But most importantly, it gives users the opportunity to earn coins as the reward for their participation. Here’s the latest news:

How to store Bancor coin? Usually, it’s kept in Bancor’s native crypto wallet. However, you can store it on any Ethereum cryptocurrency wallet or a hardware wallet, including:

Where to trade Bancor (BNT)?

On the Bancor Network exchange, you can trade BNT for any cryptocurrency: it supports a huge variety of cryptocurrencies. Overall BNT daily trading volume is $1 527 992. BNT trading is supported by the following exchanges:

On HitBTC, you can also buy BNT for US dollars.

If you need to buy BNT coin quickly and with minimal fees, do it with the help of Changelly exchange! Here, you can convert Bancor cryptocurrency into hundreds of other digital assets, as well as fiat.

Bancor Network and Bancor Protocol allow users to convert tokens without having to exchange them with another user due to the high liquidity of the market. The protocol has already established itself as popular and effective due to its ability to eliminate the counterparty risk and simplify the entire process of token conversion. Since tokens can be added to the network, the utility of the Bancor network should only expand in the future.

Thus, Bancor (BNT) coin is a great long-term investment. Even if you don’t trade it, you can use the coins to perform fast and convenient online crypto exchange – it makes the cryptocurrency highly valuable.

Disclaimer: This article about Bancor (BNT) should not be considered as offering trading recommendations. The cryptocurrency market suffers from high volatility and occasional arbitrary movements. Any investor should research multiple viewpoints and be familiar with all local regulations before committing to an investment.