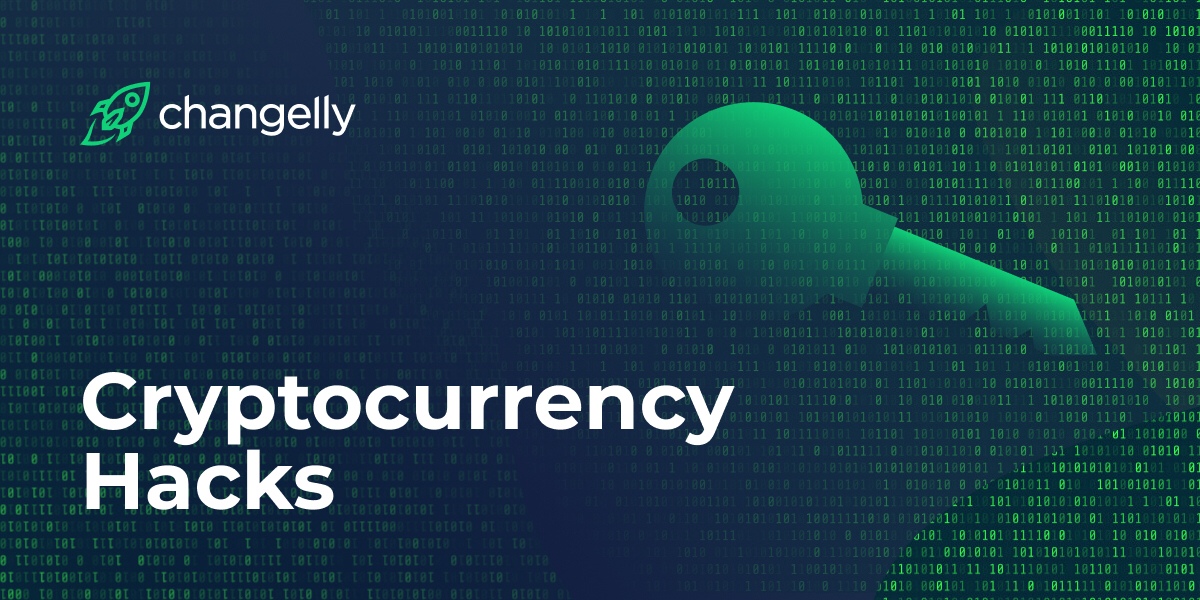 In 2019, the volume of cryptocurrency hacks exceeded $500 mln, which means hackers find new and new vulnerabilities, and none of the platforms are potentially able to repel all kinds of attacks.

The crypto environment promises to change with the new coins arising. For example, the long-anticipated Libra stablecoin is said to be different for hackers and fraudsters since it is more decentralized than if it would be controlled by Facebook only, but yet more centralized than other cryptocurrencies.

Also, The Democratic People’s Republic of Korea poses a serious threat to the cryptocurrency market. It performs cyber attacks on the blockchain technology, and over the past years, Pyongyang has amassed roughly $2 billion in foreign and virtual currency. About $600 mln was stolen from the attacks on exchanges and users.

Cryptocurrency is an appealing target for hackers due to its anonymous nature and liquidity of assets – it can be easily sold without scammers’ personalities being disclosed. Cryptocurrency hacks are getting very widespread even despite the fact that blockchain technology is very safe.

Even though the blockchain algorithms are reliable and safe, hackers find other weak spots and apply various models of cryptocurrency cyber attack. Every part of the exchange infrastructure can become the point of attack – all in all, codes are created by people who can make mistakes.

Let’s observe the most widespread ways of hacks.

Almost all trading terminals are vulnerable to Cross-Site Scripting attacks. Using these vulnerabilities, cybercriminals inject malicious code on the web resource page that redirects traders to third-party web resources or infects users’ devices with malware. Such software can include stealer viruses that obtain passwords from wallets or replace the sender’s address on the clipboard.

Web terminals may not have HTTP headers that increase security against some types of hacker attacks. Thus, the ContentSecurity-Policy header protects against attacks related to the introduction of malicious content, including XSS; X-Frame-Options – protects from attacks like Clickjacking; Strict-Transport-Security enforces a secure connection through HyperText Transfer Protocol Secure (HTTPS).

The study by Coverity, a company specializing in software quality and security testing solutions, showed that for every 1000 lines of code, there are 0.52 errors in open source products and 0.72 in proprietary ones (the quality standard is less than 1 error per 1000 lines of code) Potentially, these errors can adversely affect the security of the platform.

Even if the exchange developers write the code without a single error, there is always the risk of vulnerability in third-party software. For example, pitfalls in the operating system, payment gateway or messenger can be used to phish or install malicious software on devices of employees of the exchange.

Hackers detect vulnerability in the wallet’s smart contract code, which allows them to take control of the victim’s funds. Moreover, this can be either a targeted attack on a specific wallet or a mass attack if many wallets have the same vulnerability.

Using human weaknesses remains the most popular way to hack accounts. Attackers disguised as exchange representatives gain access to the computers of employees (sometimes it takes months to complete this task) and take possession of private keys. Hacking a private account is much easier due to the use of Google Play.

If the attackers know that a specific person is trading or working as the administrator of the cryptocurrency exchange, his SMS can be intercepted and used for authentication or access restoration procedures.

Let’s observe the largest crypto hacks that happened in 2019:

On March 29, 2019, some abnormal activity was recorded on the company’s hot wallet, moreover, insiders are suspected of contributing to this attack. The incident affected only the exchange’s hot wallet and the funds of Bithumb itself, while the cryptocurrency of users on the cold wallet was safe.

According to unofficial data and user estimates, more than 3 million EOS tokens (about $ 13 million) and 20 million Ripple tokens (about $ 6 million) were withdrawn from the exchange’s hot wallet. Hackers withdrew stolen funds to various exchanges, including Huobi, HitBTC, WB, and EXmo.

People say that this time, the exchange suffered because of theft of the private key from the g4ydomrxhege account owned by Bithumb.

Interesting to note, one week before the accident, Kaspersky Lab experts warned that the famous North Korean hack group called Lazarus (aka Hidden Cobra and BlueNoroff) is still interested in Asian cryptocurrency exchanges. At the same time, back in 2018, the previous Bithumb hack was associated with the activities of Lazarus.

The Singaporean trade Bitrue was assaulted in late June 2019, and encountered a robbery of about $5 mln. The attackers accessed 90 client accounts. Bitrue immediately distinguished the assault, suspended the record being referred to, and reached different trading platforms exchanging XRP and ADA monetary forms to freeze the corresponding transactions.

On May 7, one of the hot wallets was hacked, from which 7,000 Bitcoins were withdrawn in one transaction. According to information from other sources, the amount of losses varied from 7,074 to 7,159 Bitcoins. The exchange urgently suspended the deposit and withdrawal of funds and notified users about the incident. A statement and tweet confirming the hack came out 6 hours after the incident,

At that time, the crypto community argued with each discussing how strong the blow to the platform and its authority was. The market reacted negatively, and, of course, Binance Coin (BNB) fell in price immediately after the message.

In mid-January 2019, the New Zealand-based exchange Cryptopia announced that Ether (ETH) tokens worth nearly $2.44 mln, and around 48 million centrality (CENNZ) tokens worth about $1.18 mln had been transferred from the exchange to an unknown wallet.

The attack on the Cryptopia exchange actually resulted in the collapse of the company. How exactly the scammers managed to steal tokens remains unknown. The representatives of Cryptopia did not name the amount of damage, but they said that the loss amounted to 9.4% of the stored funds. 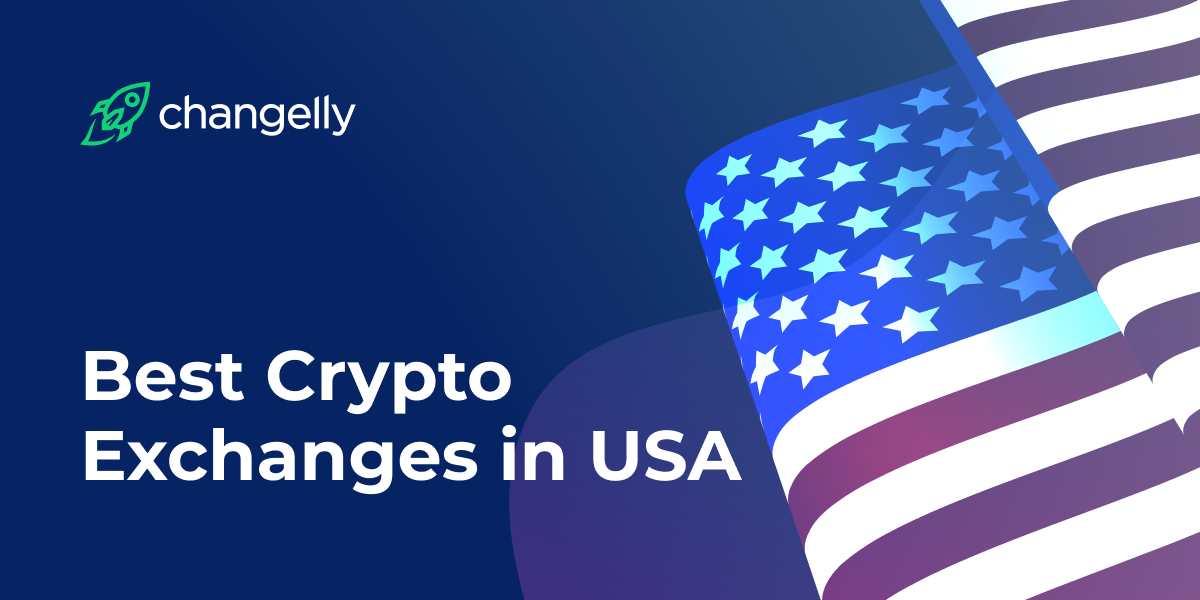 Best Crypto Exchanges in the USA

According to the calculations of the analytical company Elementus, we are talking about the loss of $16 million in ETH and ERC-20 tokens.

In May, the company announced that it had to close, and its creator Adam Clark announced his intention to launch another cryptocurrency exchange. The entrepreneur’s plans seem to be too ambitious – the bankrupt Cryptopia owed creditors more than $2.7 mln.

The management of one of Japan’s largest cryptocurrency exchanges, Bitpoint, reported a hack that occurred on the evening of July 11, 2019. Currently, the platform is temporarily not working, and deposits and withdrawals are frozen.

Hacking was discovered due to errors that began to occur with Ripple translations. Twenty-seven minutes after the first problems were discovered, Bitpoint administrators realized that they had been hacked, and another three hours later, it was possible to identify the theft of other cryptocurrency assets.

According to reports, the attack affected both the hot and cold wallets of the exchange, which means the infrastructure of Bitpoint was completely compromised. A total of unknown attackers stole 3.5 billion yen (about $ 32 million) in cryptocurrencies Bitcoin, Bitcoin Cash, Litecoin, Ripple and Ethereum. At the same time, only 2.5 billion yen ($ 23 million) belonged to the exchange’s customers, while the remaining funds belonged to the exchanger itself (these were reserve funds and profit).

South Korean cryptocurrency exchange Upbit reported hacking. Unknown attackers stole 342,000 Ethereum from the exchange’s hot wallet, that is, approximately $ 48.5 million at the rate at the time of the attack. Funds were withdrawn to a wallet unknown until that moment.

Starting from November 27, 2019, Upbit temporarily suspended its work, banning the deposit and withdrawal of funds, and all assets of the exchange have so far been transferred to cold wallets. According to the official statement of the developers, the work of the resource should resume approximately in two weeks. Also, representatives of the exchange promised that they would compensate users for all the damage in full, although how it will be done has not yet been reported.

One of the biggest hacks ever: Coincheck

Although this hack happened in 2018, it serves as a good example of what happens when you neglect security. Last January, Coincheck became notorious due to a record-breaking cryptocurrency hack that was worth $534 million stolen from users’ wallets.

According to Asahi Shimbun Japanese media portal, new studies put in doubt the version about hacking from North Korea. This Coincheck hacking is associated with the actions of an “unknown group of hackers” who infected the computers of the exchange’s employees with Mokes and Netwire viruses, sending the installation files by e-mail.

“The analysis of the virus showed that the criminal gang’s server can be connected with Eastern Europe and Russia,” – said experts. They note that Russian hackers could be responsible for spreading these viruses.

Both viruses allow attackers to gain control over infected computers and manage them remotely. According to the Cointelegraph, Mokes was first spotted at a Russian-language forum in June 2011, and Netwire has been known to experts for 12 years.

How to Protect Your Bitcoins from Attack

Although hacking of crypto exchanges does not depend on regular users, there is a lot you can do to protect your Bitcoins. You are less likely to be affected by a cryptocurrency exchange hack, if:

The struggle between cryptocurrency exchanges and hackers is endless: while the first ones strengthen security, the second ones find new breaches in the wall. No one can guarantee you absolute safety of your funds when those are stored online. Cryptocurrency hackers are always in search of new opportunities to steal your money – don’t let them do that. By using the above-mentioned prevention measures, you diminish the risks and sleep soundly knowing that your crypto assets are always safe and secure.