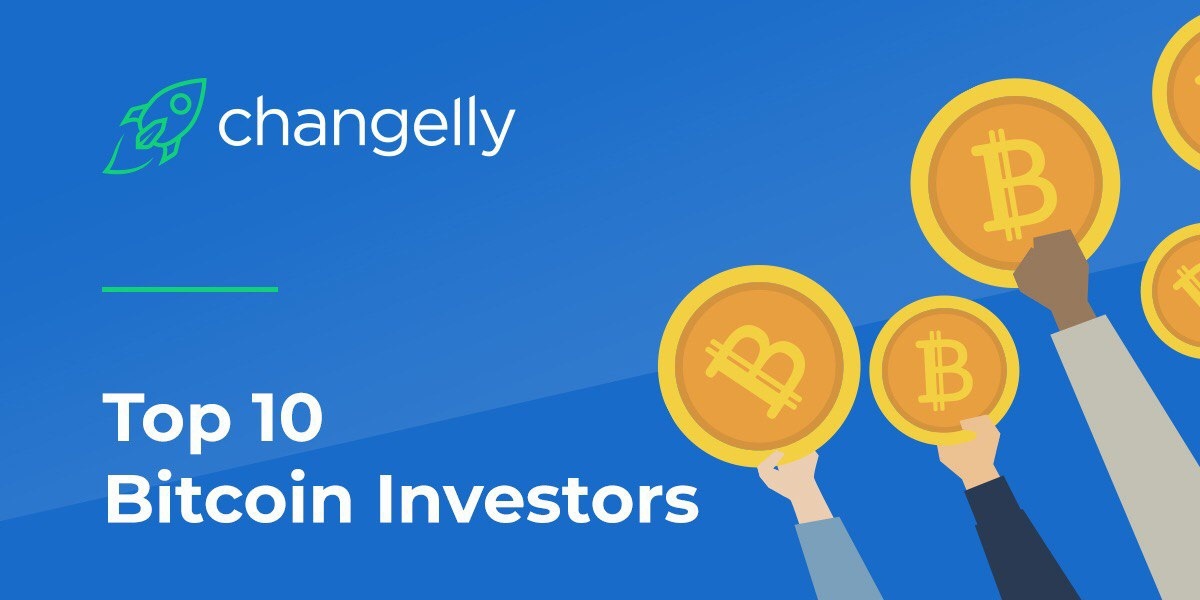 Bitcoin has become a golden opportunity to make a fortune for the people who invested or mined it when it only appeared in 2009. Who were these Bitcoin early investors, and how rich they became when Bitcoin exploded the world financial sphere? Let’s observe Top-10 Bitcoin investors and how they managed to make the way to the top.

Of course, you should start with the author of ​​Bitcoin. 10 years ago, the mysterious founder of the idea of ​​cryptocurrencies, Nakamoto published an article that described the mechanism of digital currency. After that, the author of the article disappeared, and it is still unknown whether the name indicated by him was real or fictitious. But, despite this, few can argue with the fact that Nakamoto has a lot of Bitcoins. So, in 2013, one of the developers said that Satoshi should have about 1 million BTC and if he decided to sell them all at once, then the price of Bitcoin would definitely go to the bottom.

His fortune is estimated to be about 700,000 BTC. For the first time, he began to earn using the blockchain in 2011 and predicted that the growth of this digital currency was inevitable. And so it happened. Now he is considered to be the largest BTC investors and owners after Satoshi Nakamoto.

We must pay tribute to the cryptocurrency guru who saw the huge potential in Bitcoins even at the stage of their inception. In 2014, Silbert, the founder of Digital Currency Group and a venture capitalist, bought 48 thousand BTC at an auction held by the US Marshals Service. At that time, BTC was worth $350 per coin, which means that the capital belonging to him grew from $ 16.8 mln to $268.8 mln, i.e. 16 times.

Bitcoin biggest investors, the Winklevoss brothers invested $11 mln (this was about 1% of the cryptocurrency in circulation at that time) in BTC back in 2013, and now when the price of BTC raised by more than 21 times, their estimated fortune is $231 mln.

Perhaps this is the most striking success story in our chart. His first investment in Bitcoin was a true fail – the cryptocurrency fell in price from $ 16 to $ 2, but Olaf did not lose faith. Carlson sent his CV to Coinbase company and appeared to be its first employee to receive a salary in cryptocurrency. Thanks to his position, he was able to observe the market. By the time Bitcoin began to rise rapidly, Carlson-Wee had enough coins to become a millionaire. In 2017, he founded the Polychain Capital hedge fund specializing in cryptocurrencies and blockchain technologies. In just a few months, the fund’s assets grew from $4 to $200 million.

Billionaire and venture capitalist Draper made a large part of his fortune from his early investments in Skype. At one of the government auctions in 2014, he acquired 30 thousand BTC, having paid $19 mln for the lot. Today, his Bitcoin capital is about $171 mln.

The list of rich Bitcoin investors wouldn’t be full without Bitpay top manager Tony Gallippi. He is also one of the largest investors in Bitcoin. Gallippi does not specify the volume of its digital capital, but according to experts, this amount can be estimated at $20 mln.

Among Russians, there are few large owners of Bitcoins. At least they are in no hurry to declare this. The most famous is Vitaly Buterin, creator the Ethereum currency. Vitaly exchanged part of the income for BTC, but the exact amount of BTC he owns is unknown.

Unlike the previous two persons, this pioneer Bitcoin user has a rather notorious reputation. Being one of the first fans of Bitcoin, Charlie became a member of the Bitcoin Foundation, but like some of its other leaders, was under investigation. Once he was caught in offshore transactions and accused of money laundering. Having received a two-year term on those charges, the entrepreneur still decided to return to the market with a start-up directly related to investments in crypto technology. It’s not known exactly how much Shrem’s capital is in Bitcoin, but since once he acquired several thousand coins, today this fortune must be worth millions of dollars.

The history of successful investments in Bitcoins made Koch a legend and inspired many. A young Norwegian came across cryptocurrencies when he was writing a dissertation on the topic of encryption. In 2009, Koch acquired 5,000 bitcoins for 150 krons and forgot about them until the media began to pay more attention to decentralized currencies. He managed to restorethe private key from the wallet where BTC worth $886,000 was waiting for him.

At the moment, the three largest Bitcoin-wallets hold up to 99.9 thousand Bitcoin-tokens, which is about $ 670 million. We know one such wallet belongs to the mysterious Satoshi Nakamoto, another one is owned by the Winklevoss twin brothers. Who is the owner of the third lion’s share of BTC?

It is noteworthy that the American government can be confidently attributed to the number of major investors in Bitcoin. In 2013, during the closure of the anonymous Silk Road trading platform, where illegal trade, including drugs and pornography, was carried out, the FBI seized 144,000 BTC coins! Thus, the US government took possession of the largest Bitcoin wallet on the network. Later, part of the Bitcoins was sold, but the remaining amount is still impressive.