Polkadot network development started back in 2016. However, the Polkadot coin boomed when the mainnet was launched. In a couple of weeks, DOT jumped in the top-10 cryptocurrencies by market capitalization.

What Is Polkadot Network

Polkadot appeared in 2016 when Gavin Wood published a whitepaper describing the technical features of the project. Back then, he thought that blockchain technology has promising prospects. At the same time, some problems contribute to limiting its real application.

Polkadot seeks to address these challenges and create a scalable blockchain architecture (which can grow with increasing demand for it). Different blockchains with unique functionality can interact with each other based on a shared security system, laying the foundation for the next generation internet.

Polkadot is a scalable heterogeneous blockchain. This means that it consists of an underlying blockchain called a Relay chain that interacts with parallel sharded chains known as parachains. These parachains can be thought of as clients of a relay chain that aims to provide security and coordination.

The project’s main goal is to create a platform that allows different blockchains to interact with each other, but the project developers do not intend to stop there. The vision of the project is to create a fully decentralized Internet 3.0 based on Web3.

DOT token is a native cryptocurrency of Polkadot blockchain. Polkadot has a complex governance system in which all DOT holders have voting rights. Proposals can be made either by the DOT owners or by the Board. In both cases, the proposal must be agreed upon in a referendum based on the voted stake.

All DOT holders can apply to be considered by the Board. The Council consists of 23 members with a fixed term of office of one month. The Council’s role is only to present passive network members, important proposals, and cancel unquestionably dangerous or malicious proposals.

Council proposals only have the advantage of requiring fewer ‘yes’-votes to be passed in a referendum than a public proposal. Council proposals must be supported by a strict majority of Council members and without vetoing. Dangerous or malicious proposals can only be canceled by unanimous vote.

A technical committee (made up of the teams that implemented the protocol in Polkadot) exists for the sole purpose of spotting bugs in the code and quickly tracking down emergency updates or chain changes. Teams can be added or removed by a majority vote of the Council.

All DOT holders control the use of the Treasure through referendums. The treasury is replenished with funds, channeling part of the validator’s rewards and part of the transaction fees and slashing (a penalty paid by a validator that acts maliciously or incorrectly). These funds are used to pay for the system’s smooth running and the entire ecosystem (marketing, public events, and outreach).

Find out more about the system in the Polkadot project’s whitepaper.

Polkadot ICO was conducted in October 2017. The team raised $145 million in Ethereum cryptocurrency. A couple of weeks later, around $100 million was frozen due to the vulnerability in the Polkadot wallet’s code. After some time, the vulnerability was used again, when 513,000 ETH were frozen forever.

There are two versions of DOT cryptocurrency: the old and new ones. In August 2020, when the mainnet was launched, developers decided to multiply the existing 10 million DOT coins by 100. So the renomination was conducted, and the total supply now is one billion. The old DOT was traded at a price of around $400 per coin. You can find out the DOT coin price at the widget below:

There are quite a few opinions on Polkadot future rate. The first to consider is Wallet Investor’s AI algorithms, which show us a bear trend. According to the source, DOT cryptocurrency will drop dramatically by more than 90%. So the estimated price of a token at the end of 2020 and 2021 is about $0.2. 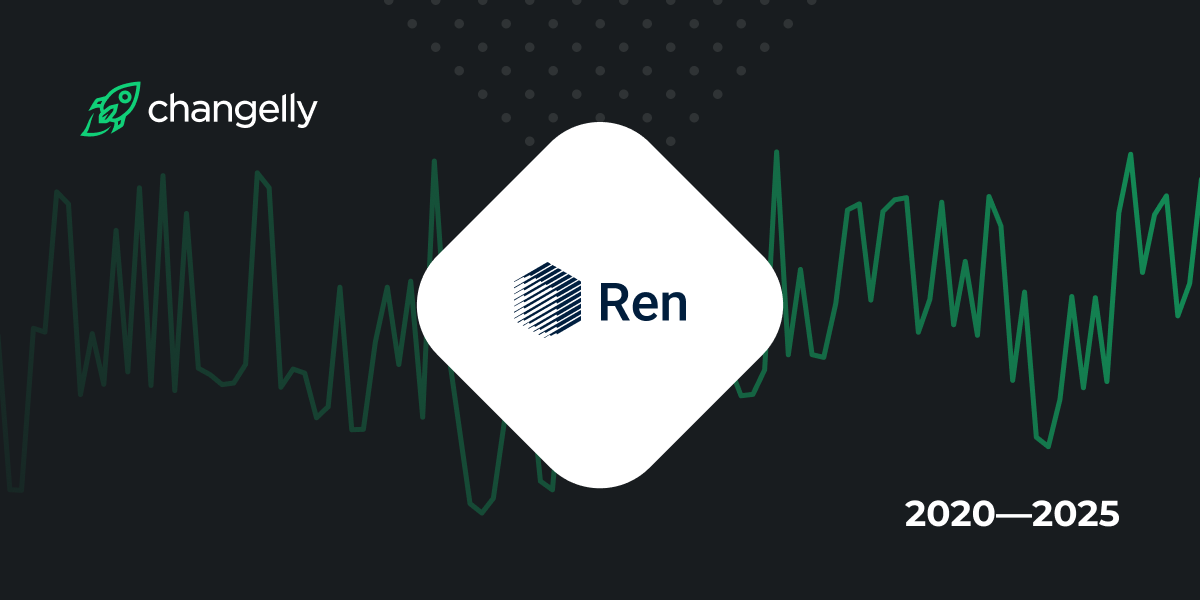 By the way, all those kinds of websites (WI, Cryptoground, etc.) predicting the same downtrend for DOT in the next few years. However, the Polkadot coin can return to the actual price by 2025. Sounds not so good, huh?

Calvin Koch from Spartan Black cryptocurrency fund predicted that Polkadot would be priced at $5 per DOT, and its market cap would reach $5 billion. Although Polkadot’s capitalization is still slightly below this mark, the DOT price has already exceeded $5. He made another prediction, stating:

Another prediction: within a year, DOT will enter the top three leaders in terms of capitalization Coingecko/CMC.

According to Koch, the Polkadot protocol does not directly compete with Ethereum as Polkadot continues to grow. Koch added:

I believe in a multi-chain world connected by bridges. Polkadot and Cosmos will not replace Ethereum. It is also possible that networks such as Near, Solana, AVA, TRON, and others will be active in developing.

There is a lot of potential in every cryptocurrency. If the developers will improve their project, the prospects are limitless. Remember, that cryptocurrency market is extremely volatile so make your own research before investing in any digital currency.

If you are ready to diversify your crypto portfolio with DOT cryptocurrency, Changelly allows you to swap your crypto to Polkadot coins for the best rate. Click the button below and check available cross-rates.