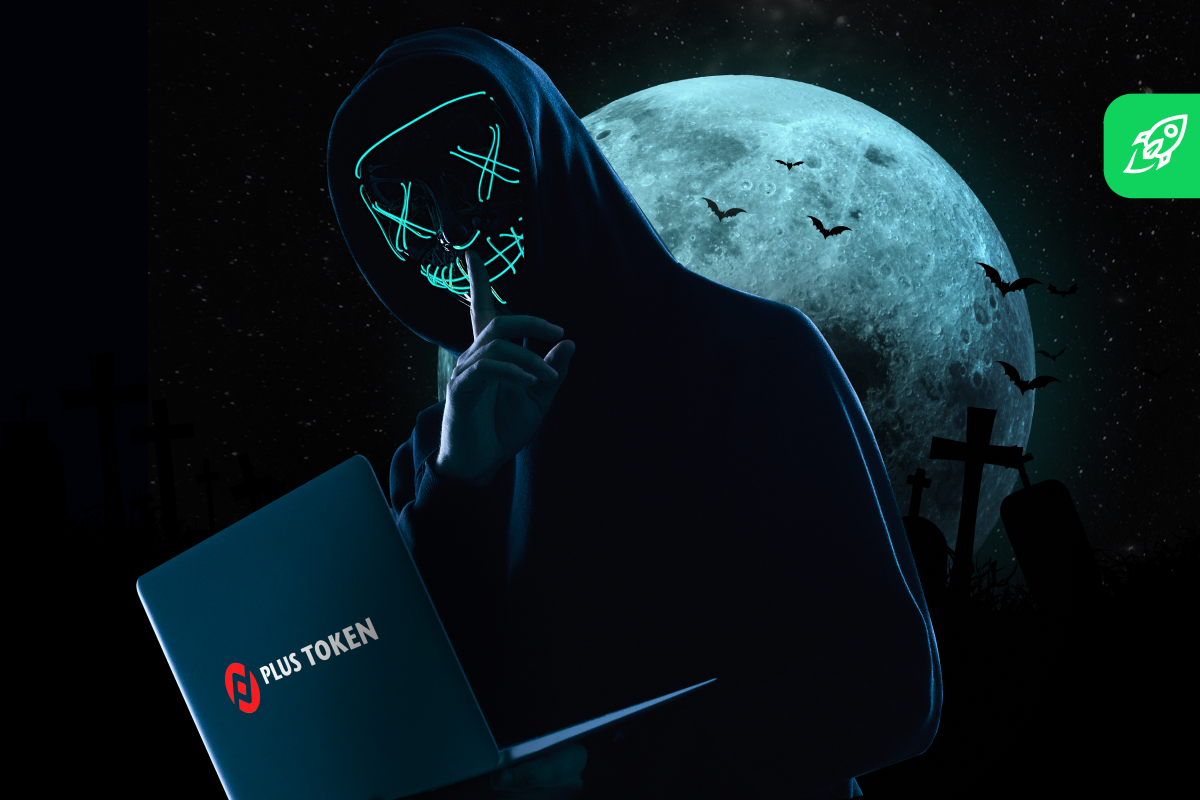 Changelly has already told our scary bedtime story about Quadriga and its founder Gerard Cotten. However, it’s not the only creepy story about cheated investors. In 2019, the most significant part of crypto losses was associated with cybercrimes such as exit-scams and Ponzi schemes, namely $3.1 BILLION. The Plustoken team has stolen $2.9 B. What a nightmare for those who invested and had high hopes!

This is not a common situation for crypto space. But we are here to tell you that sometimes crypto is not about white pony and rainbows. After reading this article with horrible events entailed with exit scams and loads of stolen bitcoins, it can leave us with a very unpleasant after-taste.

How Did the Plustoken Project Start?

Let’s start our crypto horror with the basic information about the Plustoken project. This crypto Ponzi scheme was launched in 2018 in the guise of a high-yield investment program that attracted two million users. In fact, this decentralized solution offered a wallet and an exchange in the mobile application. The team promised a massive reward for the investment: about 9% to 20% monthly return. The Plustoken app allowed people to quickly deposit KRW or Renminbi to exchange for Bitcoin, EOS, Ethereum, Litecoin, and Dogecoin.

There was another option to get a reward, which is a referral program. The investment volume indicated the level (or tier) of each user. The higher was the level, the higher was the reward. However, the project attracted users with ironically the most typical scam-scheme: people made low investments and got high returns in PLUS cryptocurrency. Plustoken is similar to BitConnect, which collapsed in January 2018.

The Plustoken team is infamous for its aggressive marketing. The PR company started in WeChat. Plustoken gave an illusion of sustainable business and pretended funds used to develop crypto-related products such as their wallet and exchange. There was also a wide range of promotional activities like conferences and meetups, which were broadcasted live.

The promotion area was centered in Asia in China, South Korea, Japan, Myanmar, and Vietnam. The Plustoken campaign reached even the EU and Russia. There was an advertisement even in supermarkets on the fruits and vegetables stands.

Now we can say that it’s all a highway robbery. However, the investors seem to be so naive to believe in this monkey business. Here is an explanation. As analytics claimed, most parts of investors were newbies. Plustoken team has taught users how to buy BTC and altcoins and make a profit on it.

In the last decade, there has been a significant capital splash in China. That’s why the Chinese, who got used to making a fast profit, took Plustoken at face value. Customers could not take something with a pinch of salt because they got the dividends at the square one. They had those rewards in the native cryptocurrency, so at the end of the day, PLUS tokens became worth nothing and the reward too.

Plustoken Exit Scam – a Point of No Return

In June 2019, the Plustoken bubble started to deflate. Back then, the project had 1% of all Bitcoins and more than 2 million users. Suddenly the app blocked the funds’ withdrawal. The team explained the situation as ‘technical issues’. On June 29th, the Plustoken app stops its work. The customers were definitely getting conscious.

At the same time, police arrested Chinese people on charges of creating some exit-scam. They were captured on Vanuatu island and extradited to China. Two weeks later, the government confirmed the arrest’s involvement in the Plustoken project, which was under investigation.

On the 12th of July, Pulstoken representatives confessed that the arrested were really associated with the project. However, they claimed that these six people were just ordinary users and did not work in management. Back then, they promised to restore access to the withdrawal function. They call on the users not to log in to the account because it boots the system.

The creepiest thing is that users believed in all these ‘technical issues’ messages. There was one more excuse: the delays in blockchain due to higher miner fees. Suddenly the funds start moving. One of the transactions contained the message from the team ‘sorry, we have run’.

Plustoken: Where Did All the Money Go?

After an exit scam, there were huge amounts of money that were in Plustoken team’s wallets:

In autumn 2019, the funds began to move. The sums were enormous. There is a theory that Plustoken fund transfer caused the Bitcoin drop. Some experts even say that the beginning of the growth of Bitcoin is associated with the attraction of Plustoken funds, and the fall – with the arrest of the founders.

So, from August to November 2019 the managers were supposed to move the funds from the hardware wallets. In that period, attackers transferred about 1.3 thousand bitcoins per day. Then they took a pause.

In spring 2020, Plustoken application announced the 3.0 version of the app. The developers claimed that once the version is live, some users will get a reward. In May 2020, the stolen funds began to move again. With the help of mixing services, about 300-500 Bitcoins per day were transferred to exchanges.

The last money transfer was captured on June 24th, 2020, when almost 780 thousand of Ethereum were moved to Binance, Huobi, OKEx, and Gate.io.

The question is how the exchanges didn’t capture the stolen money? Let’s figure out how trading platforms can help to detect scammers.

It’s all about KYC measures. Massive sell-offs on Huobi and OKEx showed vulnerability in the KYC system. Afterward, the Huobi trading platform launched Star Atlas, an on-chain analytics tool that identifies criminal activities such as money laundering and fraud.

In September 2020, six members (who are leaders) were suspected of organizing and leading pyramid schemes. They are charged with organizing and running a fraudulent scheme. According to law enforcement officers, about 2 million people became victims of PlusToken. The total damage from the pyramid’s activities amounted to $5.8 billion, although earlier it was about $3 billion.

As you may understand, the investigation is still going on. And now! Here is the second day of the mysterious riddle. In each scary story, we leave one puzzle, which is identified by one word. Make a three-word phrase after the third part of the horror stories comes out. The first 5 participants will share a prize of $100. Find out more on Twitter.