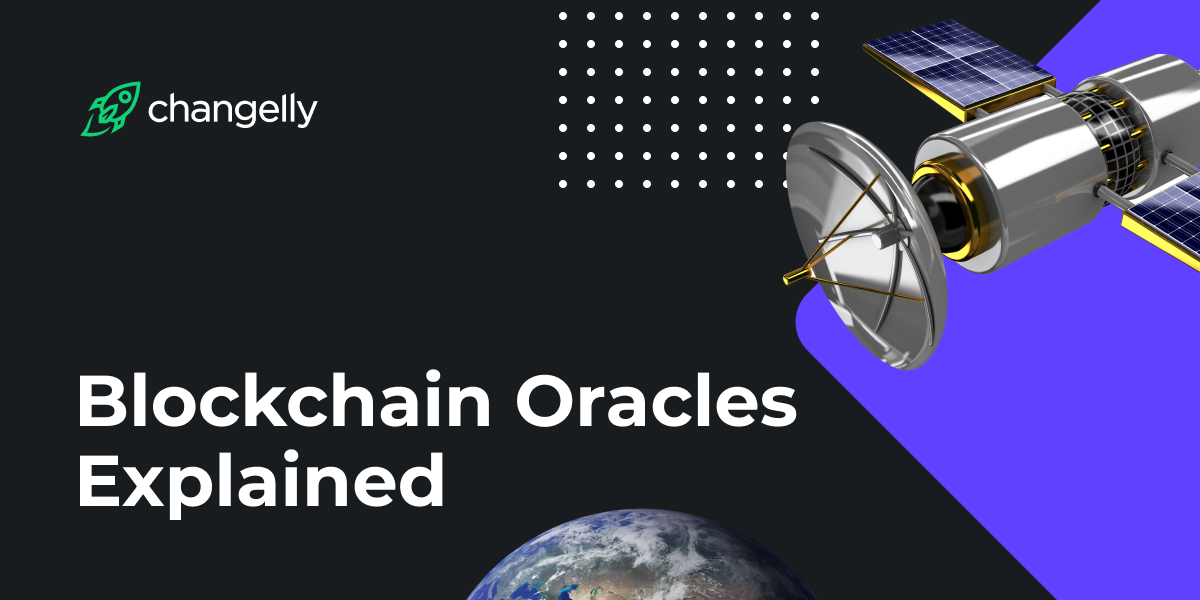 While cryptocurrencies long became a part of our lives, blockchains still are separated both from each other and from the real world. While the first is an issue that many different teams are working on, the second separation is nothing to scoff on either. That’s where Blockchain Oracles come in.

Changelly explains to you what are oracles in the context of blockchain and how cryptocurrencies are integrated into this process. By the way, most of them are listed on our website.

What is a Blockchain Oracle

Oracles provide that lifeline between the blockchain and the off-chain information. They significantly expand the usefulness of smart contracts, as they can now use relevant off-chain data to control and enforce the deal. Without this access, smart contracts would be much more limited in their scope.

Blockchain Oracles are not sources of said data. They are relays that verify and authenticate off-chain information so that on-chain services could access and use it. The data itself comes in a variety of forms, from the information about transaction completion to the change in asset’s price. Some types of Oracles are not limited to relaying that information to the blockchain, but can also send it back to off-chain as well.

There are many types of blockchain Oracles on the crypto market. Some are specialized hardware pieces, others are entirely software, and despite their common goal, each type has its own unique trait. They are classified through three categories:

The most common type of blockchain Oracles. They work directly with online data sources. Those sources could be databases, websites, forums, or even special servers, as long it is on the Internet and contains needed information, it can be used.

Since software Oracles are always connected to the Web, they provide information in real-time, so they could be used for contracts that rely on data that could quickly change: crypto prices, exchange rates, and so on.

Unlike the previous type, which relays the data from the internet to smart contracts, hardware Oracles relay real-world information. Barcode scanners, sensors, card readers – any device that can read data qualifies.

After reading the info, hardware Oracles translate it into digital values and relay them to smart contracts. This is an Oracle that goes well with physical businesses, as it can track the goods arriving at the warehouse and execute a smart contract based on this event.

Centralization means that the Oracle is controlled by one party, and there is a single data source for the smart contract. While it makes information gathering faster and more organized, it also adds more risks. It is much easier to attack a single, even well-protected hub than hundreds of smaller ones. It also means that the cost of mistakes becomes higher since it could potentially disrupt the workings of the entire system.

Decentralized Oracles mitigate those issues, along with the counterparty risk, by not relying on a single source. In such a system, a smart contract relies on multiple Oracles to validate the data it receives, making it a consensus system. This makes it harder to attack the Oracle network, as it would require a coordinated attack on a series of data sources, wasting more time, efforts, and resources on the attack that is unlikely to succeed. That makes decentralized Oracles safer to use.

Decentralized Oracles can be provided from one blockchain to another, and there are a few projects that do just that. This, along with the fact that they have found a use in the prediction market and achieving trustlessness, make this type of Oracles one of the most versatile among others.

These two types of Oracles differ in the way they transmit information.

Inbound Oracles relay data from external sources to the contracts, like, for example, getting a thermometer reading in the room from the sensor. Their function is to gather information relevant to the contract and its terms.

The outbound Oracle sends the info back from the chain to the external world. It is usually used as a way to finish the deal. A good example would be a smart lock: once the transaction is complete, a smart contract sends out data to the lock, opening it and allowing both parties to walk away from the deal more than a little happy.

Odd one out on our list, Human Oracles are crypto professionals. What is done by the algorithms in previous types, Human Oracles have to do by themselves. The need to remember hundreds of positions, crypto news, market insights, etc., makes them a rather rare sight.

Given that human Oracles can (and should) verify their identity through cryptography, using them is rather risk-free. That being said, they are also not quite so fast as their machine counterparts, so you need to decide whether this trade-off is worth it.

Now that we’ve looked through the min categories of crypto Oracles that you’d meet, it is time to take a look at some examples.

A fully decentralized Oracle, Chainlink provides both inbound and outbound connections for crypto smart contracts. Launched in 2017 by SmartContract, this platform managed to gain recognition from the media and big companies (like Google and Oracle). Through the use of its API, Chainlink allows its users to access off-chain data from web APIs, bank account payments, and data feeds. 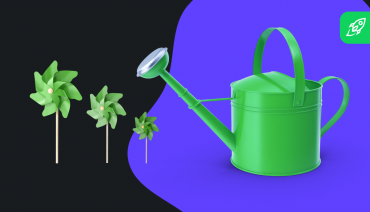 What Is Yield Farming?

Chainlink has its own crypto ecosystem, revolving around their mainnet token LINK. Since it is a quite popular token, we have a compiled price prediction. By using it together with its API, Chainlink plans to further popularize the usage of smart contracts across the globe.

Another fully decentralized Oracle platform on our list, Augur is one of the oldest Oracles still working. After its launch in 2015, it quickly became a popular way to connect your smart contracts with the data from real-life. It seems to be one of the first decentralized blockchain Oracles as well. Crypto Oracle is used as a tool for betting, as it collects relevant information about who won the wager.

With its native token Reputation (REP), Augur opened up a decentralized prediction market. No-limit trading, betting, and market resolution propelled it to the top of the competition. With that in mind, we’ve made up a price prediction for REP. However, that doesn’t mean that Augur team rests upon its laurels: in 2019, they’ve launched a renewed and improved version of their product, Augur v2. Now it works with the same set of operations as the previous version even faster.

MakerDAO crypto Oracle also received a v2 version. It became more decentralized, as opposed to the previous version, and can provide needed info even faster.

MakerDAO created their own Maker Protocol that uses Oracles to obtain a real-time price of an asset. For a long time, MakerDAO Oracles were centralized, and it started to decentralize only in 2019 while receiving other upgrades. With the ongoing improvements on the Protocol and Oracles, MakerDAO continues to tighten its hold on the crypto market.

You can consider these cryptocurrencies as an investment tool. Despite all the risks connected with digital money, our service provides users with 24/7 support.

Oracles still don’t work as a trustless method of crypto exchange and pump. It is a critical step in closing the gap between blockchains and the real-world. Once it is resolved, the blockchain ecosystem will have even more resources for its growth.