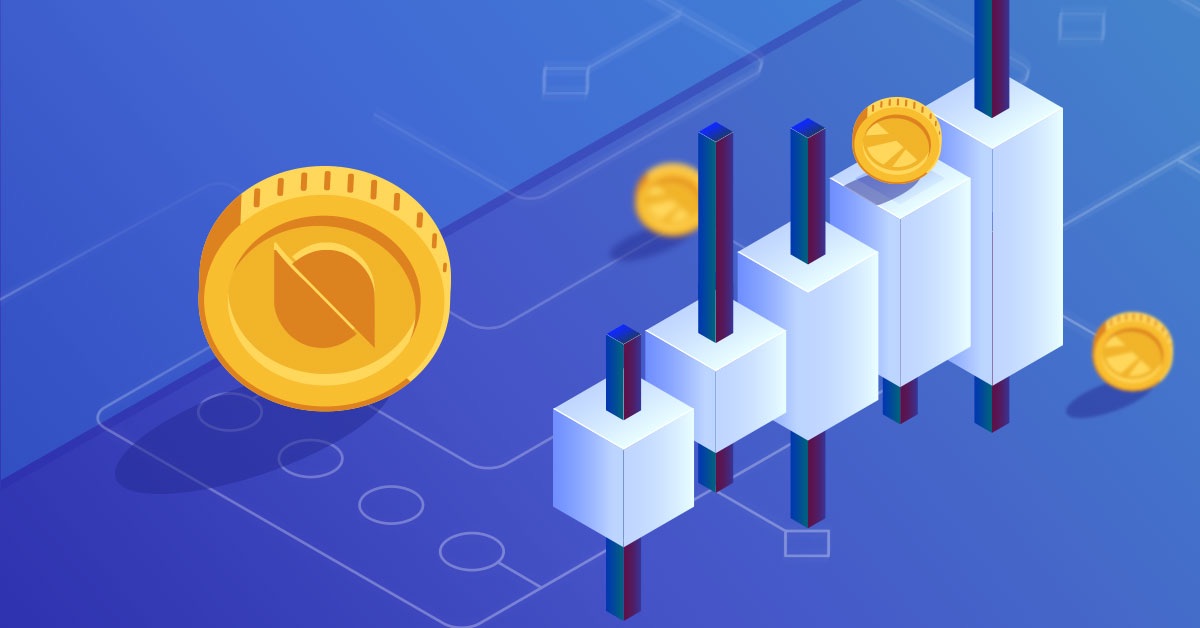 The Ontology project is a multi-level network in which participating organizations can interact with other systems, such as EOS, Ethereum, and QTUM, which also support NEO. Businesses can trade and store their digital assets on the NEO network, as well as connect to other digital currency systems.

The next level of the Ontology project is the level of custom protocols and APIs. These tools will allow business companies that participate in the Ontology project to create their own blockchains themselves. Its next level enables business participants to implement blockchain solutions and ensure they are legal, transparent, and easily controlled.

Ontology (ONT) is the project of Onchain, a Chinese company that focuses on blockchain technologies. There was no ICO – the tokens were given to the holders of NEO coins (2 ONT for 1 NEO).

The airdrop started in October 2017 and successfully finished in January 2018. ONT boasts a very high ROI (261.2% ROI since ICO in US dollars, and 494% ROI in Bitcoins). Today, ONT costs 3.6 times higher than during the ICO when it was sold for $0.20. What made ONT popular is the widespread adoption and implementation of Ontology in different platforms and exchanges (it’s listed on Abucoin, Binance, Bitbns, Huobi, Gate.io, and OKEx).

Ontology is a network that combines the blockchain and the real economy. Unlike other projects of this kind, Ontology emphasizes digital identity and trust management.

As we’ve mentioned, there are three basic levels in the Ontology system, and the middle level is particularly interesting because it offers protocols for creation of dApps: for example, Ontology Common (digital identification of users), Ontology Custom (building business models on the blockchain), Ontology ID (digital verification for organizing the “Internet of things”) and so on. According to experts, the modules are very simple and resemble a designer from which you can assemble anything.

In Ontology, everything is built on trust. Users pass identification and form the so-called trust anchors, which are then combined into “trust trees”.

On a purely technical level, Ontology is also different from other cryptocurrencies. For example, it uses the modified dBFT consensus protocol, also known as the Byzantine generals task. This is a variation of the PoS protocol, in which the delegates selected during the voting support the network performance.

In the past 24 hours, the crypto has increased by $0.01 in its current value.

For the last 7 days, ONT has been in a good upward trend, thus increasing by 5.85%. Ontology has shown very strong potential lately, and this could be a good opportunity to dig right in and invest.

During the last month, the price of ONT has increased by 42.6%, adding a colossal average amount of $0.10 to its current value. This sudden growth means that the coin can become a solid asset now if it continues to grow.

Cryptocurrency experts are ready to announce their forecast for the ONT price in February 2023. The minimum trading cost might be $0.219978, while the maximum might reach $0.239976 during this month. On average, it is expected that the value of Ontology might be around $0.229977.

ONT Price Forecast for May 2023

Cryptocurrency experts have carefully analyzed the range of ONT prices throughout 2022. For October 2023, their forecast is the following: the maximum trading value of Ontology will be around $0.339966, with a possibility of dropping to a minimum of $0.289971. In October 2023, the average cost will be $0.29997.

Cryptocurrency experts are ready to announce their forecast for the ONT price in December 2023. The minimum trading cost might be $0.309969, while the maximum might reach $0.369963 during this month. On average, it is expected that the value of Ontology might be around $0.309969.

Based on the technical analysis by cryptocurrency experts regarding the prices of Ontology, in 2025, ONT is expected to have the following minimum and maximum prices: about $0.679932 and $0.819918, respectively. The average expected trading cost is $0.69993.

The experts in the field of cryptocurrency have analyzed the prices of Ontology and their fluctuations during the previous years. It is assumed that in 2026, the minimum ONT price might drop to $1.01, while its maximum can reach $1.21. On average, the trading cost will be around $1.04.

Crypto experts are constantly analyzing the fluctuations of Ontology. Based on their predictions, the estimated average ONT price will be around $2.16. It might drop to a minimum of $2.08, but it still might reach $2.46 throughout 2028.

Every year, cryptocurrency experts prepare forecasts for the price of Ontology. It is estimated that ONT will be traded between $2.85 and $3.64 in 2029. Its average cost is expected at around $2.95 during the year.

Cryptocurrency analysts are ready to announce their estimations of the Ontology’s price. The year 2030 will be determined by the maximum ONT price of $4.93. However, its rate might drop to around $4.02. So, the expected average trading price is $4.17.

After years of analysis of the Ontology price, crypto experts are ready to provide their ONT cost estimation for 2031. It will be traded for at least $5.89, with the possible maximum peaks at $7.00. Therefore, on average, you can expect the ONT price to be around $6.06 in 2031.

Cryptocurrency analysts are ready to announce their estimations of the Ontology’s price. The year 2032 will be determined by the maximum ONT price of $10.15. However, its rate might drop to around $8.33. So, the expected average trading price is $8.63.

Is Ontology a good investment?

The forecast for Ontology price is quite positive. It is expected that ONT price might meet a bull trend in the nearest future. We kindly remind you to always do your own research before investing in any asset.

It seems that the average price of Ontology might reach {AveragePrice2022} in the end of the year. In five-year plan perspective, the cryptocurrency could probably rise up to $1.27. Due to price fluctuations on the market, please always do your research before invest money in any project, network, asset, etc.

How much will Ontology be worth 2023?

How much will Ontology be worth 2025?

Ontology network is developing rapidly. ONT price forecast for 2025 is rather positive. The ONT average price is expected to reach minimum and maximum prices of $0.609939 and $0.749925 respectively.

How much will Ontology be worth 2030?

ONT is provided with suitable environment to reach new heights in terms of price. ONT price prediction is quite positive. Business analysts predict that ONT might reach the maximum price of $4.73 by 2030. Please take into account that none of the data provided above is neither fundamental analysis nor investment advice. None of the information provided is

Buy Ontology (ONT) at Changelly with USD, EURO or GBP