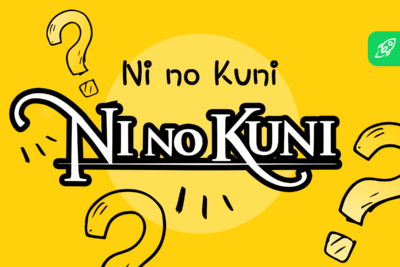 Although there are quite a lot of blockchain games out there, Ni No Kuni: Cross Worlds stands apart from the crowd. It is a part of a famous and beloved franchise that has an established reputation and thousands — millions — of loving fans. Of all the blockchain games to finally hit it big, what better opportunity could we have hoped for? And yet, it wasn’t really meant to be — at least, not yet.

What Is Ni No Kuni: Cross Worlds?

As we have already mentioned, Ni No Kuni: Crossed Worlds isn’t like the other blockchain games, and not just in terms of brand recognition. It is an actual game with an interesting plot, cooperative multiplayer mode, fleshed-out characters, a breathtaking world, and a beautiful soundtrack.

The player character is a beta tester that gets sent to a fictional virtual reality game called “Soul Divers.” There are five character classes and a fair amount of customization. There are many different activities for players: fighting monsters in an open world indistinguishable from an anime, battling other players in arenas, decorating their very own farms, and more. Players can also join guilds after completing the quest “Survivors of Nameless Kingdom.”

It’s important to mention that this is a mobile game — although it is available on PC, the high degree of autoplay features clearly points toward the platform the developers were targeting. But that can almost be considered an advantage in an age where gamers are ready to drop thousands of dollars in games like Clash of Kings, AFK Arena, and, of course, Candy Crush.

Overall, the game is no different from other similar mobile RPGs — you do your dailies, farm and grind to improve your character, compete with other players in one of the 3 available PvP modes, and so on. Unlike other games, however, instead of earning stuff that can only be used in the game, Ni No Kuni: Cross Worlds players get to convert their hard-earned in-game currency into real-world money.

How does Ni No Kuni: Cross Worlds work?

Users earn in-game currency (Territe and Asterite) for doing various in-game activities. Later, this currency can be exchanged for crypto tokens (NKT and NKA). The opposite also works — users can directly convert their fiat currency into the in-game one via these tokens.

NKT and NKA can be traded, sold, or staked. There are also plans to introduce NFTs in the future.

Netmarble, the company that created Ni No Kuni: Cross Worlds, is extremely dedicated to making the game and its economy as balanced as possible. They plan on introducing new ways of spending the tokens and other game features so that the assets’ value doesn’t crash as time goes by.

What Happened to Ni No Kuni: Cross Worlds?

It generated some buzz when it was first released, but eventually, the number of players slowly but surely started dwindling. Now, the posts on the Ni No Kuni: Cross Worlds official Twitter account and other social media platforms barely reach 100 likes — and comments are filled with complaints.

While a lot of journalists will probably chalk it down to Ni No Kuni: Cross Worlds being a blockchain game, its failure and the reasons for it aren’t all crypto-related. Here are just some of the things that contributed to its decline:

Well, this is a given — despite the brand name, many people distrust anything crypto-related. This game’s name is getting mentioned alongside NFTs way too often, considering they are not even implemented yet. Either way, there are a lot of people who think crypto = scam and thus are not willing to give Ni No Kuni: Cross Worlds a chance.

Since this is technically a play-to-earn game, there are a lot of bots. It should’ve been obvious to Netmarble that cheaters and bots would overtake the servers, and yet little has been done to mitigate this issue — it was so bad the first few weeks after the launch that regular players were getting stuck in endless queues just because of the number of bots that were trying to get in.

The first few weeks after launch are crucial for any live service game — and Netmarble really, really messed it up, driving away hundreds of potential players.

Sounds absurd, doesn’t it? And yet, Ni No Kuni: Cross Worlds being pay-to-win is one of the biggest complaints we’ve seen people have about this game. Wanna know how you can bypass the queues from the previous point? Why, just buy a $7.99 pass and get to enter the servers through the VIP entrance! This “fee” would’ve been okay if it was all Ni No Kuni: Cross Worlds players had to spend their cash on, but it isn’t.

There’s gacha (this is basically a form of digital gambling — spend some premium currency to get a chance to get the thing you want), in-game purchases, and more. And some of these things are essential for progress! Many players are saying that earning a substantial amount of in-game crypto tokens is virtually impossible without spending your own funds first, leading to this game being a zero-profit adventure for anyone involved, no matter F2P (free-to-play) or not.

Netmarble also continuously excluded gamers that didn’t want to interact with the game’s crypto features, which didn’t do it any favors.

Is There Any Hope Left For Blockchain Games?

It is undeniable that there is a lot of hate for NFTs and crypto in the gaming community. While some people may have dabbled in cryptocurrencies and know about things like Web3, most just treat crypto and everything associated with it with disdain. That stigma will be hard to break, which is a shame — blockchain technology and digital currencies have a lot to offer to the gaming industry.

Cryptocurrencies and tokens have the potential to enhance video games, and not just for publishers who get extra free branding and marketing as well as profits, but also for the gamers themselves, personalizing their experience and adding greater impact to the usual activities like farming or grinding.

Some of the biggest issues in the industry right now — cheating and hacking in online games, for example — could possibly be solved with crypto projects. However, we don’t know if gamers will be ready to trust crypto — not when NFTs are still one of the hottest laughing stocks around.

All that aside, a lot of people still gave it a chance — the game looked great and seemed fun, after all. Most crypto companies cannot afford to produce similar projects, however. Perhaps the best way for a blockchain game to become mainstream is for a crypto project to partner with an established game — and provide crypto services in the background, only for players who want to engage with tokens and coins.

Only time will tell if successful crypto partnerships can emerge, but we’re certainly looking forward to them! 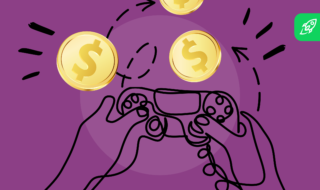