What Is Aragon Network And Its Ecosystem: ANT, ANJ, and ARA Cryptocurrencies 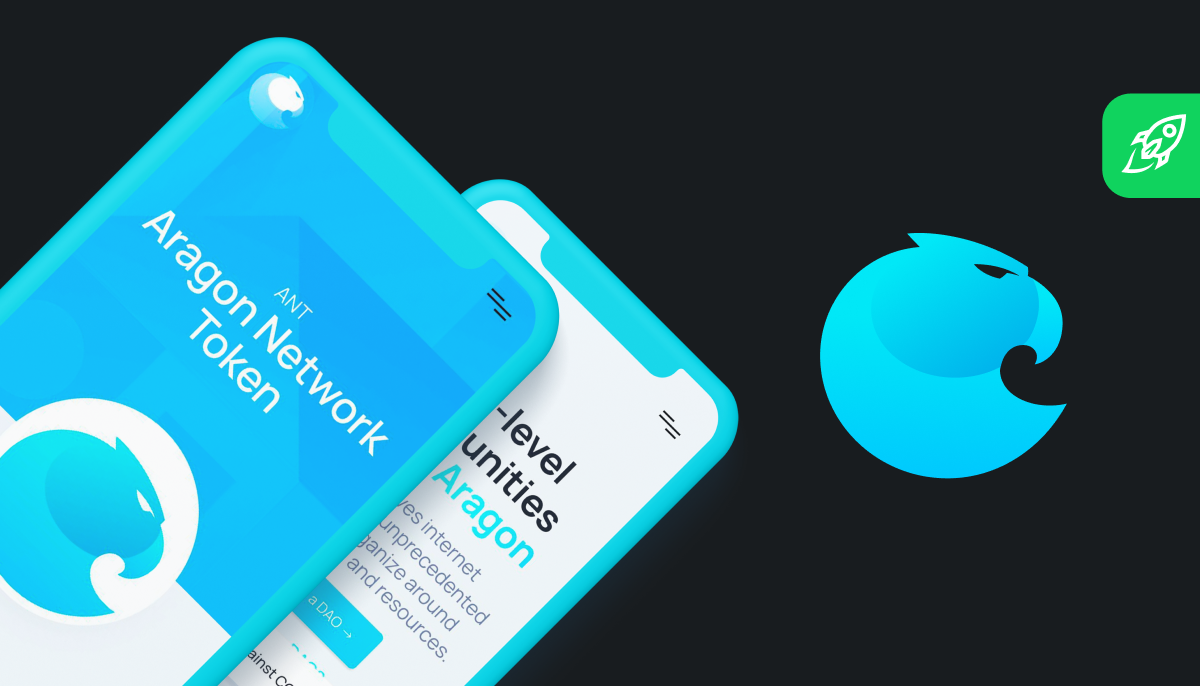 The Aragon platform is a DAO (decentralized autonomous organization) that helps people or entities to create their own DAOs using pre-set tools like smart contracts. It is an open-source and Ethereum-based project. The development team behind the Aragon Foundation (called Aragon One) has a strong set of beliefs that they convey through the platform, promoting the fight for freedom, transparency, decentralization, and accountability.

Changelly shares the aforementioned values and is delighted to provide you with an overview article on the Aragon crypto project and coin. We’ll talk about its origins and two bright young men who co-founded it, discuss the technical side of the matter and Aragon’s structure, review the platform’s native coin, discover Aragon’s roadmap, and see what the future of the project may be.

History of the Aragon Project

The Aragon crypto project was launched in 2016 by two Spanish IT-mega minds, Luis Cuende and Jorge Izquierdo. Both co-founders are quite literally modern prodigies: they’ve been pioneering the software development industry from an obscenely young age.

Jorge Izquierdo had not a bit less impressive career blast-off. He was awarded Apple’s WWDC scholarship at the age of 15 and is now one of Spain’s most accomplished young developers. He created multiple apps for iOS, macOS, and Pebble.

Aragon’s story begins with these two guys, a controversial election and a visionary idea. In 2016, after Trump had been elected president of the United States, Cuende realized that the most powerful democracy in the world failed its own underlying concept, and decided that it was time for action. He contacted his friend Jorge and offered him to develop a platform that would end the inefficient, obscure, and corrupt political system that governs the world today.

In a matter of weeks, the two prodigies elaborated on a decentralized governance system prototype based on blockchain. Several months later, the alpha version was ready. The Aragon project held a successful ICO in May 2017 and raised $24 million, with the Aragon token price at $0,8.

The name Aragon has nothing to do with the Lord of the Rings and courageous Aragorn, son of Arathorn, as people sometimes think. Aragon is an autonomous community in Spain famous for its rebellious history: in the 1930s, it lasted for six years without any centralized governance. The possibility of such a community was symbolically reflected in the project’s name.

The founders’ core ideas for the Aragon project are transparency, decentralization, and accountability of governmental institutions, as well as a fair judicial system and a direct democracy. The platform’s fundamental principles are listed in the Aragon Manifesto – a policy paper that serves as a kind of constitution to the newly minted governance system.

Here are some of the principles included in the Aragon Manifesto:

To bring those principles to life, Aragon offers users an ecosystem where anybody can create a decentralized autonomous organization, for-profit or non-profit, big or small. For instance, virtual worlds, subreddits, DeFi protocols, or even fashion houses can use Aragon to improve their communities. The list of the actual members is enormous.

Establishing such an organization takes just a few minutes because of the platform’s pre-organized smart contract templates. These DAOs are managed through blockchain technology in a secure and decentralized manner. If you want to learn more about smart contracts, read our Ethereum Smart Contracts Explained article.

In order to govern the DAO’s, there is a blockchain native digital jurisdiction in place or a digital court of law. It resolves disputes between DAO’s and individuals that participate in the network. The Aragon Court is the first of its kind – a truly impartial, democratic, and fair digital justice system, way more inclusive and private than the one that exists in the material world.

There is also another part of the project. Aragon Connect is a feature which allows developers to integrate any DAO functionality in their apps.

Basically, the Aragon ecosystem is, at the same time, an incubator, a developer’s tool and a judicial medium for different DAO’s. They co-exist peacefully despite their differences because of Aragon’s visionary governance mechanism.

ANT crypto, or Aragon Network Token, is the platform’s native cryptocurrency. It is a governance token: ANT holders participate in the network’s affairs by voting. The more ANT you have, the more valuable your vote is. The proposals pass when they get 51% or more votes from the community. As the project’s development team tries to involve more Aragon coin holders into the Aragon Court, the governance system is currently on pause.

ANT aligns incentives in the Aragon Network for value creation and economic growth. Demand for ANT is proportionate to the size of the overall Aragon economy. You can use ANT crypto to acquire Aragon Court token (ANJ) and to vote on proposals in the Community Funding DAO. Aragon cryptocurrency is an ERC-20 coin and can be stored on any wallet that supports Ethereum. It is traded on several popular exchanges, including Changelly, in various trading pairs. 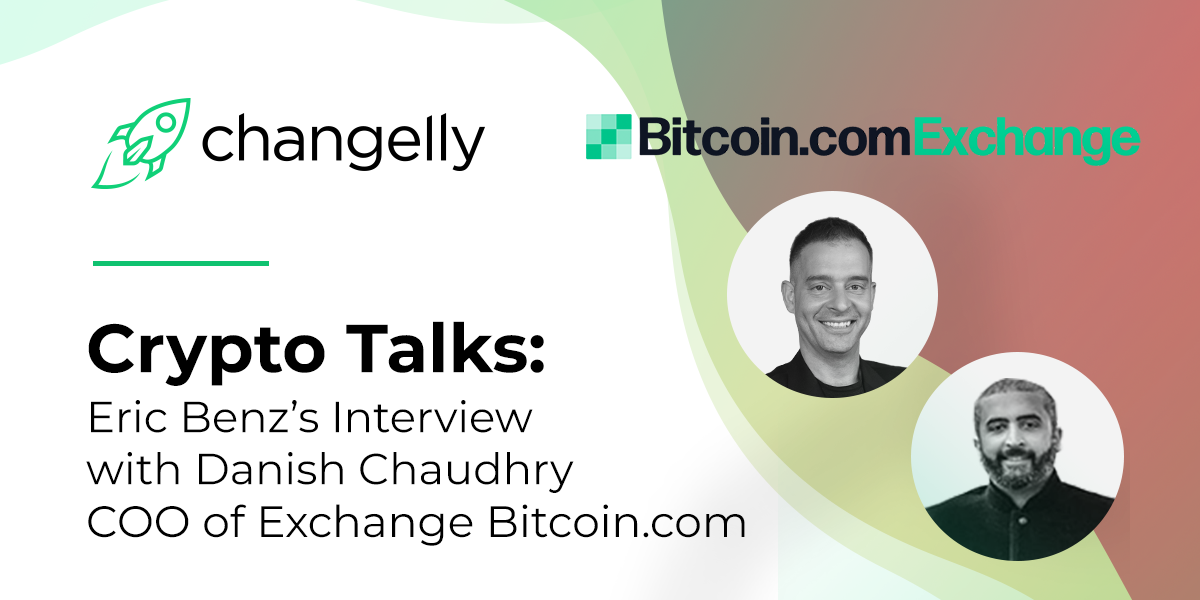 Aragon coin value has been floating around $0.8-1.2 for almost two years. So, what could have caused such a moonshot? Some crypto industry experts believe that the overall DeFi branch market growth has provoked the spike of this DAO, which governs Aave DeFi project. We wrote about it in the article on Ethereum Gas and Transaction Fees.

There are two more tokens native to the Aragon network: ANJ and ARA. ANJ stands for Aragon Network Juror and is used in the Aragon Court for staking. A user deposits a certain amount of ANT coins into a smart contract, which then generates ANJ. ARA is the staking token for Aragon Chain, Aragon’s very own Proof-of-Stake blockchain. It is also minted by depositing ANT.

Aragon crypto platform doesn’t have an official roadmap or fixed development plan. However, the team shows each milestone in the project’s blog. The future of the project literally depends on ANT holders and their decisions.

Crypto analysts often qualify Aragon as an experiment in the field of public administration and governance that will eventually crystallize into a near-perfect governance system. One day it could appear to be a proper foundation of the new public order for the generations to come.

Aragon is an ambitious crypto project that offers users a way to create their own DAOs. The platform does it through a set of templates; they work on smart contracts. The founders of Aragon are two Spanish prodigies, Luis Cuende and Jorge Izquierdo. Their vision and set of personal values affected the core principles of the project.

The Aragon network promotes freedom of choice, decentralization of power, inclusion, non-aggression, and transparency, among other values. The underlying principles of the organization are listed in a document called Aragon Manifesto.

The key project within the Aragon crypto network is a digital court of law that resolves disputes between individuals and DAOs. To be a juror or to take part in the governance process, a user has to obtain ANT, a native Aragon coin. The devs conducted the ICO in 2017, and it has been traded on various exchanges since. ANT spiked in mid-August 2020 due to the activity on the DeFi market.

Here, we’re treating the Argon project and its cryptocurrency with respect. Changelly is proud to offer you an instant exchange or purchase with Aragon (ANT) cryptocurrency. If you are interested in the project, feel free to check our cross-rates, and widen your crypto portfolio.