Blog › Academy › Cryptocurrency › What Is Masternode: Meaning and Coins

What Is Masternode: Meaning and Coins 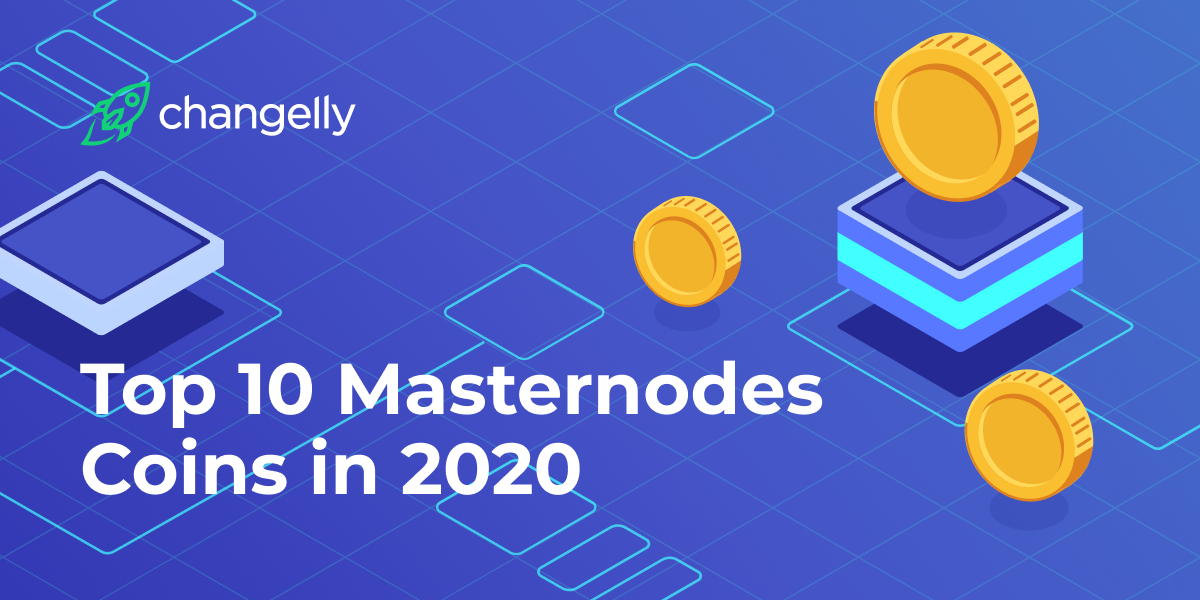 Nowadays, some people mistakenly claim that there are only several ways to make money with cryptocurrencies like mining, trading, and analyzing. However, it is a fallacy. There is another way to earn tokens in the cryptosphere. Users can launch a masternode and ensure network security.

For each blockchain or coin, it is beneficial to have many servers containing a full copy of the blockchain, as that helps to maintain high network security and decentralization. In addition to direct contribution to the ecosystem and security of the coin, masternode operators receive a reward in the amount of a more substantial part of the block compared to regular nodes due to their increased capabilities.

Besides capital increase, masternodes provide investors the opportunity to get guaranteed income from coins; in other words, dividends. These dividends can either be sold on exchanges for profit or invested in a purchase of another masternode, which will later produce even more bonuses. In this article, we will take a look at the top 10 masternode coins.

What Is a Masternode in Crypto

Masternodes are special nodes in the cryptocurrency network that are behind the high speed of operations and the decentralization. The main aim of masternodes is to reject blocks that could be harmful for the whole blockchain.

Masternodes receive cryptocurrency as a reward for their work, not necessarily bitcoins, but the crypto coins of the network they work for.

Masternodes are a security guarantee for some coin networks. Fraud protection works excellently in two ways. Firstly, the blockchain attack will require a large amount of resources, as the launch of masternodes costs money. Secondly, it will not be possible to conduct an instant effective attack, since a certain number of hours must pass for the node to work correctly.

In other words, masternodes guarantee the genuinity of the network. All of them confirm blocks from different countries of the world very quickly. Masternodes have to be sure that the situation is reasonable, the blockchain is correct, and attacks are impossible. Only after that they can vote. As soon as the necessary number of votes is collected, the block gets into a chain.

Masternode is paid for its existence on the network. It is responsible for its authenticity, the security of the cryptocurrency owners’ money, and the proper functioning of the blockchain. Thus, the more masternodes are on the network, the safer it is.

However, it might be unpleasant for owners as the reward for masters is fixed. It means that with the growth of their number, profits will fall. However, it will be much harder to hack the blockchain; therefore, the money will be safe.

One believes that masternode is the same as mining. The main difference is that miners, unlike masternode operators, need to buy expensive equipment for crypto mining to receive a reward. Moreover, mining requires a big amount of electricity. Using masternodes is the eco-friendly alternative to mining.

Masternodes receive a certain number of coins after generating a cryptocurrency block. For example, Dash miners spend 45% of their profits on maintaining the primary nodes. The money is distributed equally among the masternode operators. The system is used in networks that use both PoS and PoW consensus algorithms.

However, not all masternodes projects can attract the attention of investors. The indicator of the ROI index does not mean that the money invested will pay off quickly.

The profit from the masternode directly depends on the number of transactions, which means that the coin should not have problems with liquidity on trading platforms. Before investing money, you need to carefully study the project and get acquainted with information about the ecosystem on the corresponding resources.

The profit from a masternode cannot be predicted accurately. Cryptocurrencies are volatile. A sudden increase in the market value of the coin can help to make a profit or leave with nothing. It all depends on the success of a project and the overall market situation. For example, during the launch of the Dash blockchain network, the altcoin cost $1. If you wanted to become a masternode, you must have had 1000 DASH in your wallet.

Nowadays, the conditions for launching a primary node have not changed, but the market price of the Dash cryptocurrency (at the time of writing) is $112.36. Therefore, the payback period for such an investment is approximately 15 years. Those who invested $1000 in 2014 have long since returned and multiplied their digital assets a hundredfold.

There are some projects with shorter payback periods. In some cases, you might get your money back in 6-8 months, but as we have already mentioned, long-term crypto forecasts cannot be fully trusted.

Here is an ultimate list of masternode coins that are a good source of passive income and are worth investing in.

Dash is a cryptocurrency that first proposed the masternodes concept that supports the operation of the network for an extra fee. Among all the blockchains that support users running masternodes, Dash is the most famous and popular.

Dash offers its users fast transactions and high level of security. The main goal of the developer team is to create absolutely decentralized payment solutions.

Dash masternodes receive 45 percent of the block reward. Every 380 days, the block reward drops by 7 percent. As a result, we get an analog of a Bank Deposit, which shows the predicted profit. The risks are minimal because Dash has been on the market for a long time and has an excellent reputation.

PIVX is another well-known cryptocurrency. This cryptocurrency is a fork of DASH that includes the best aspects of both DASH and Bitcoin. The PIVX network is currently running on the Proof of Stake algorithm. However, it had been using the Proof of Work protocol in the first half a year of existence.

The main difference between PIVX and DASH is that in the DASH network, only masternodes have the right to vote, which refutes the basic principle of decentralization. Absolutely all participants can vote in the PIVX network.

Chaincoin is a cryptocurrency running on the Proof of Work Protocol and 11 hashing algorithms. C-11 is a unique development of Chaincoin. CHC uses a network of masternodes to ensure the anonymity of transactions. Users can withdraw their funds at any time.

SMART is a decentralized economic system managed by the community for mutually beneficial cooperation and growth. SmartCash defines itself as a cryptocurrency, which highlights the development in terms of society’s importance. 70% of the rewards from the mined blocks are allocated for the project implementation; the remaining 30% is allocated for mining.

Zcoin is a decentralized digital cryptocurrency with an emphasis on anonymity and privacy. The project started on September 28, 2016. At the initial stages, the project was called Moneta.

The project is based on zero-knowledge proof. It allows one participant to verify the statement accuracy without any verification from the second participant. Users can send and receive coins without having to disclose which specific coins belong to them. The procedure guarantees that there is no information about user activity.

Read our article on ZCoin (XZC) to get the maximum profit.

The ALQO project is a highly decentralized network ecosystem designed to combine financial and commercial blockchain services into a united center. The ALQO network is a community-based, open, and accessible peer-to-peer network that is used to store data and simplify digital transactions.

Phore cryptocurrency doesn’t have any distinctive features. This cryptocurrency aims to make transactions as confidential as possible. It confirms a transaction, makes it fast, and eventually receives a reward.

Syscoin is a blockchain platform. It facilitates transactions with extremely low cost but is focused primarily on creating the infrastructure that is needed to attract businesses to the blockchain. Syscoin provides support for both decentralized and centralized markets.

However, the most significant element of the platform is Blockmarket. Blockmarket is a combination of a wallet and the Syscoin market. The Blockmarket wallet provides users with the tools they need for both buying and selling, as well as for sending and receiving currency or encrypted messages.

Stakenet is the first cryptocurrency that allows using TPoS (Trustless Proof of Stake Contracts) smart contract. Until recently, the project existed under the name PoSW (Proof of Stake Wallet). XSN Coins can be placed in cold wallets from Ledger hardware wallets, and the procedure is implemented as conveniently as possible.

The crucial point is the Trustless Betting technology, which involves the use of a so-called shared key, which is passed to the second party that provides stacking.

MNPCoin (MNP) is a cryptocurrency that has been launched in 2018. It follows the Proof of Stake algorithm, and the received reward is divided between the holder and masternode operators into two parts at 60:40.

Taking everything into consideration, we must note that choosing a masternode is pretty hard and can be risky. Since they are responsible for signing blocks and ensuring the network is decentralized, investing in the masternode actually means investing in the future of the coin.

As mentioned earlier, it is difficult to make an accurate forecast about future crypto costs, so only do this at your own risk.