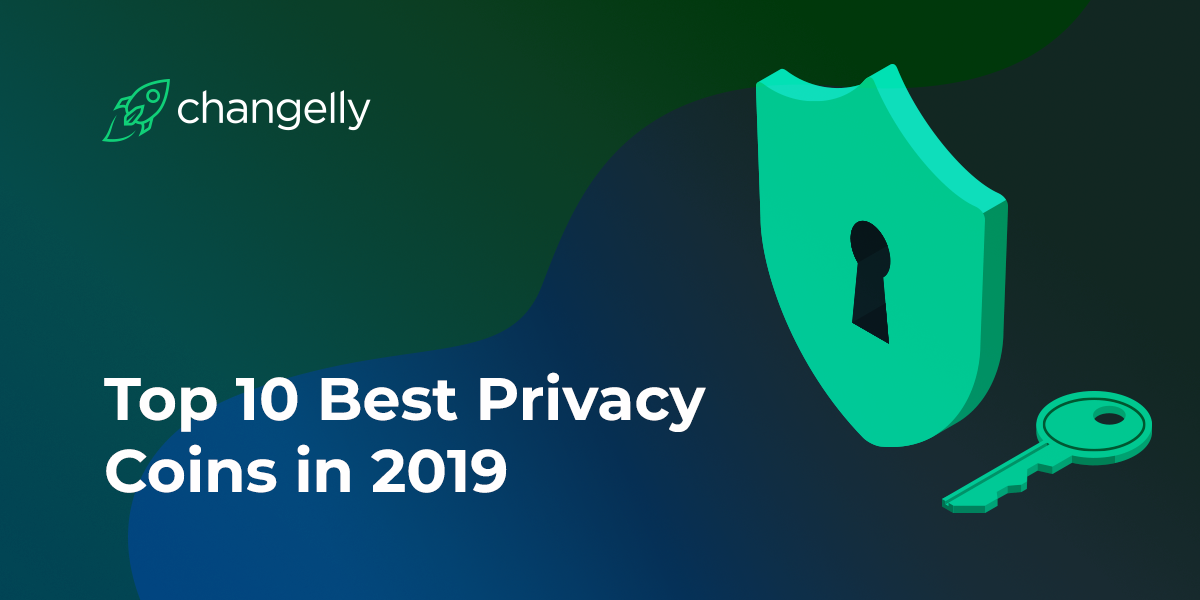 Cryptocurrencies have gained such an incredible popularity due to a variety of different factors, but the most significant of them are the privacy and anonymity features, which allow users to conceal their identities and information about their transactions. Amid growing concerns about data privacy, the cryptocurrency world is also becoming worried about threats on users privacy.

Bitcoin was initially introduced as a decentralized and private means of payment, but there were problems with the latter.

The information that links user identities to their transactions is not left on the blockchain, but when users carry out transactions on the Bitcoin network, they send or receive money to/from some entity that knows who they are. Then that entity will have the outside-of-the-blockchain knowledge, linking their identity to a transaction.

This fact and the fact that transactions can be linked to each other leads to motivated entities sometimes being able to find out how users use their bitcoins, how much they have and who they’ve been sending/receiving crypto from.

Each transaction added to the blockchain registry is in open access, meaning anyone can track the coin movement from the moment it is issued to its current holder. This privacy policy does not suit many users, and so to solve this problem, privacy cryptocurrencies with a different algorithm for adding transactions to the blockchain began to be developed.

The openness of the blockchain registry has forced many cryptocurrency users to question its anonymity. Special services, hackers, and even ordinary users can easily track any transaction and also figure out the holder’s identity when cashing digital coins.

Therefore, many developers have directed their efforts to the creation of truly private cryptocurrencies that would allow users to maintain maximum privacy. Privacy cryptocurrency is a currency that hides user data, their identity as well as the crypto assets which are traded and held on wallets.

These are peer-to-peer payment systems with their settlement unit, high level of privacy of which is achieved through the use of cryptographic protocols that complicate or make it completely impossible to track transactions on the blockchain.

All privacy coins are cryptocurrencies designed for transaction privacy. They can be used for sending money whenever, wherever secretly.

There are many widely known cryptocurrencies like Bitcoin and Ethereum that leave your transaction details publicly available. That means anyone can look up the user’s wallet address and can easily track their transactions and payment history.

People are currently looking to protect their privacy online, especially when it comes to the financial sector, and privacy currencies are one of such forms of protection. Moreover, all privacy coins are an excellent method of tax avoidance because authorities cannot see your money and the place you’re storing it in. Privacy coins already have a trading volume worth millions of dollars, and this number is expected to grow.

2019 has become the most private year in crypto in a long time. Last years of blockchain supervision have stripped away a myth about blockchain anonymity that cryptocurrency users once took for granted, so privacy-focused cryptocurrencies began to be in great demand. Let’s take a look at the List of the best privacy crypto coins in 2019 and 2020.

Many representatives of the crypto industry consider Monero to be the most private cryptocurrency. Initially, it appeared as a result of the Bytecoin fork. Monero uses hidden addresses and Ring confidential transactions (RingCT) to maintain the anonymity of transactions and users. The developers continuously include new features, such as Tails OS integration, trying to get one step ahead of those who want to access personal information.

The project is entirely focused on confidentiality, and sometimes usability suffers from this. Monero private coin has a combination of features that currently make it the most private cryptocurrency in existence. Here’s what makes Monero so private: stealth addresses, ring signatures, Kovri I2P implementation, and a top-notch development team.

Although Dash loses in anonymity to some of the cryptocurrencies on this list, it still has some exciting features. Developers have integrated the PrivateSend method in the cryptocurrency, which allows anonymously sending of coins to recipients.

To do this, the master nodes mix the money of different users sent over the network several times. As a result, coins become indistinguishable from each other.

Dash is a fork of Bitcoin, and possesses many of the unique features of the latter.

PIVX is a branch of Dash. PIVX stands for Private Instant Verified Transaction. The cryptocurrency based on the Proof-of-Stake algorithm is designed for everyday use. PIVX uses the Zerocoin protocol to hide wallet-related addresses and ensure transaction anonymity. Unlike its predecessors, such as Dash or Zcash, the cryptocurrency is resistant to blockchain analysis, while maintaining complete confidentiality of senders and recipients. To make an anonymous payment, you must first convert PIVX to zPIV coins. Then they are credited to the desired address in the form of ordinary PIVX coins. The Zerocoin protocol allows you to secure transactions on the blockchain while maintaining the anonymity of both parties.

This anonymous cryptocurrency is based on the zk-SNARKs protocol. It is a mathematical algorithm that confirms the accuracy of the transmitted information without revealing its contents. As a result, all transaction data exists in encrypted form. As with Dash, increased user anonymity is possible, but not the primary goal. The Zcash development team does not hide the degree of confidentiality of its cryptocurrency. It is pretty well protected, but multi-signatures are not encrypted, and IP addresses are not masked.

The cryptocurrency Zcoin is not widely known. It uses the Zerocoin protocol to ensure payment confidentiality. In a typical transaction, a certain amount of Zcoin coins is “burned” (destroyed) to receive Zerocoin coins that can be spent. In the process, a fee of 0.01 Zcoin is charged. Since the Zerocoin coins have just been mined, they have no history of operations. The Zero-disclosure proof allows you to unlink coins from the sender. The recipient of Zerocoin knows that they have received money in his account, but does not know from whom.

Like many other cryptocurrencies in this list, Nav Coin includes an option for anonymous transactions. Closed transactions take place on the NavTech sub-chain. Instead of toggling to send cryptocurrency directly to the recipient, it is encrypted and moved to the sub chain, falling into a pool consisting of many servers and layers of encryption. NavTech then sends the receiver a different set of coins from the pool.

Bytecoin was created in 2012. Some representatives of the cryptocurrency community consider it to be the first protected digital currency, the founder of a whole direction. As mentioned earlier, Monero originates from it. Bytecoin runs on the CryptoNote protocol – a mixture of ring signatures and one-time hidden addresses. Each transaction uses a unique one-time public key, that is why it is impossible to trace the history of operations with a particular coin.

Particl (PART) is a token created for use on its privacy platform, where all transaction and payments data is transmitted via a self-governed, distributed network.

Based on the latest version of Bitcoin, Particl is a utility token with extremely reliable privacy, which enhances the protocol with Confidential and Ring Transactions. Particl transactions are untraceable, and amounts are unlinkable, and unlike Monero, Particl gives the privacy control back to users. It also provides multiple layers of privacy protection because it can seamlessly switch between public and private.

We have described the largest privacy cryptocurrencies, but there exist lots of small projects aimed at maintaining confidentiality and protecting personal data. Good examples are Hush, Sumokoin and Aeon (Monero branches).

Besides, some projects bring privacy on a platform level. For example, Wanchain develops smart contracts that are compatible with different blockchains, and Enigma allows you to create anonymous, decentralized applications.

With the increase in the number of cases of attacks on personal life, the list of anonymous cryptocurrencies will only grow. 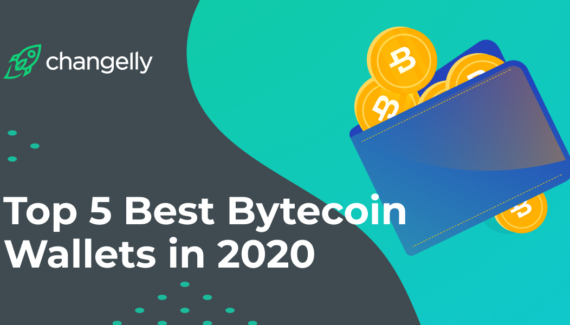 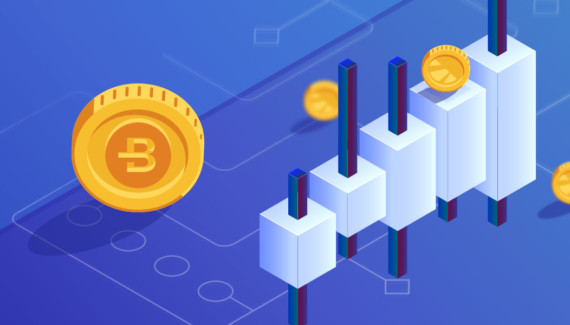 You will have to certainly add Pirate Chain (ARRR) for the list to be completed.