Blog › Academy › Cryptocurrency › What is Siacoin (SC) about?

What is Siacoin (SC) about? 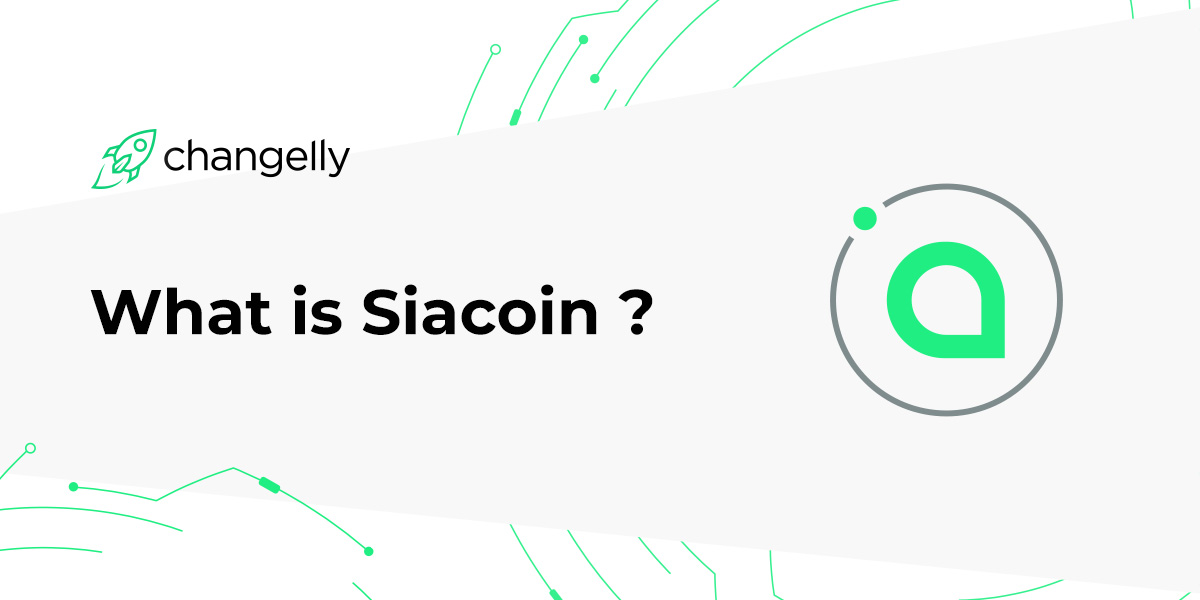 Sia is a project that offers a private, decentralized, and secure cloud storage platform-blockchain platform for a small fraction of the cost of other popular storage platforms such as Dropbox, Amazon S3, and Google Drive.

With Sia, any user can provide free space to others or place their files in encrypted storage. All contracts, evidence of the preservation of content and transactions are checked using a public blockchain. All services on the network are paid in Siacoin cryptocurrency, and smart contracts and proof of storage provide transaction reliability.

Sia, as a concept, first appeared in HackMIT, the annual student hackathon, back in 2013 and was officially launched in June 2015. Now it is supported by the Boston-based firm Nebulous Inc. What’s going on with Sia Project now, and how it actually works? Get started to explore with Changelly!

The development of the Sia system, including cryptocurrencies, has been going on for quite some time, and the project received widespread recognition in 2015, then the history of Siacoin began. Unique technology and concept have generated interest in both users and investors. The creator of Siacoin is David Warwick. The appearance of an idea from the developer and the project itself is covered in many secrets. There is not enough information about development and formation.

The basis of the Sia service is the creation of a contract for the storage of the downloaded file. The contract includes, among other things, a fee, as well as a penalty for non-compliance with the contract, which will be written off if the file is deleted in the Siacoin cryptocurrency. At the end of the required period, the host must prove the existence of the data, and in the positive case receives a reward.

The system has support for payment channels and bilateral contracts. This fact is crucial in ensuring the elimination of unreliable money transfers without confirmation of compliance with the contract. Also, all money transfers are instant and, moreover, non-refundable, which reduces the risk of fraud, not only from the lessors but also those who rent hard disk space.

Reliability of storage is also achieved by dividing the file into a huge number of fragments, some of them can not be used at all to recreate the original file, which excludes the possibility of reading it by a third party. But for this, three times more resources are used than necessary, which may be impractical.

But in Sia, the main priority is security, because the waste of resources is justified in this case. So, not only files are encrypted, but even their fragments, allowing you to observe the anonymity and confidentiality of data.

Decentralization also has a positive effect on the waiting time for a transaction, which attracts investors. And this, in turn, increases the capitalization of Siacoin. Thus, with the growth of the network, it becomes more efficient, which entails an increase in the amount invested in the development of the entire service.

Sia could ruin a multi-billion dollar industry, namely, file storage in the world, more confidential, more secure, and more economical than ever before. Without the need for a central severs bank that stores data, Sia can completely revolutionize the cloud storage industry using blockchain technology to provide peer-to-peer file storage.

After the conclusion of the contract, the client data is stored on the hard drive at the host. But the data on the contract is in the SiaCoin cryptocurrency blockchain itself, and it will not work to lose it.

This ensures security and guarantees the fulfillment of obligations under the transaction by both parties. SiaCoin cryptocurrency is built on an open blockchain with protection against changes, which means that anyone can view it at any time.

The SiaCoin ecosystem is very interestingly developed, as are the relationships between users. So, if the client does not want to pay too much, then he can choose a not too reliable host. Everyone here has its own reputation by which you can easily find a suitable repository.

As for smart contracts, they are used to determine the cost of services, the duration of the agreement between the host and client, and even the frequency of providing evidence of the functioning of the store.

Looking ahead, I must say that the emission of SiaCoin is not limited. But the Proof-Of-Burn mechanism, which obliges the host to burn part of the profit to access the smart contract, saves. This is also one of the ways to raise the rating – the more cryptocurrencies burned, the higher the trust of customers.

Sia implements Proof of Storage. This mechanism protects clients from host dishonesty. To receive payment, the supplier must provide the system with a certain amount of evidence within the time specified in the contract. If the supplier cannot provide proof of storage in a timely manner, the next payment goes to the missing address of the evidence, and later the provider may be additionally fined for violation of obligations.

Moreover, if the provider too often allows such a situation, the contract may be terminated ahead of schedule. When the host successfully provides evidence of storage, the contract bills the payment to the valid address of the evidence, and after a number of conditions are met, the host gains access to these coins.

Currently, you can mine Sia using a graphics processor from Nvidia or AMD, although the profitability of this has decreased quite a bit, and Ethereum and Sia dual mining along with Claymore Dual Miner are also popular. The most popular mining is SiaMining, and there is an exhaustive guide on how to get started with it.

The company launched Obelisk, its own ASIC mining for Siacoin, which is 100 times more powerful than mining with a GPU. This put an end to GPU mining. So far, 1,530 mining equipment has been sold to just 4,000 people. They are available for order for 2500 dollars.

Digital currency is used to support the functionality and various features of Sia. All contracts and payments require the use of this cryptocurrency. Thus, the Siacoin exchange rate is directly dependent on the volume of stored files in this system.

Also, 4% of all payments go to the development of the system, which allows it to maintain its functioning, as well as find new ways for progress. This is important for this unique project, which is clearly different from other virtual currencies, including the world-famous Bitcoin.

The developers of the Sia decentralized cloud storage announced the successful completion of the hard fork, as a result of which the network consensus algorithm was changed and the possibility of mining using ASIC devices made by Bitmain and Innosilicon was blocked.

The planned hard fork took place at block 179,000, although it happened a bit later than initially planned. It was expected that the upgrade would be carried out as early as October 31, 2018. However, due to an error in the code, the process stalled at block 178.999.

David Vorik, CEO and founder of the parent company of the Nebulous project, wrote on Reddit that it would be necessary to find at least one block with maximum complexity before the innovations take effect. According to his calculation, this could take up to 48 hours, but as a result, on November 1, the upgrade took place.

After block 179,000, network complexity fell by about 98%, which allowed miners to find new blocks approximately every 10 minutes. The number of miners themselves has significantly decreased.

The safest option for storing SC tokens is to use the official Sia-UI app. To create a Siacoin wallet, find the “Wallet” button on the side tab on the left, and then select “Create a new wallet”. The application generates a key to access your wallet, which looks like a sequence of words.

It must be stored in a safe place. After the wallet launches, for some time it will synchronize with the network. Once the process is over, you will be able to receive and send coins.

Where to trade Siacoin (SC)?

There are not a significant amount of exchanges that trade and accept the Siacoin (SC). We have listed the most popular in the following table:

There are a lot of advantages to the project. First of all, it’s a good alternative to conventional cloud storage (DropBox, Amazon, Google, etc). The system allows quite a profitable mining in 2019 with the help of ASIC, even compared to top cryptocurrencies. You can earn money on SiaCoin not only through mining and ups and downs but also by becoming a host that provides storage for rent.

However, there are some cons, such as unlimited emission and network hashrate, which is supported by two powerful mining pools. Due to this fact, decentralization suffers, as well as an increased risk of the attack of 51%. Finally, the project doesn’t have a proper roadmap, and we cannot understand the plans of the developers.

Disclaimer: This article about Siacoin (SC) should not be considered as offering trading recommendations. The cryptocurrency market suffers from high volatility and occasional arbitrary movements. 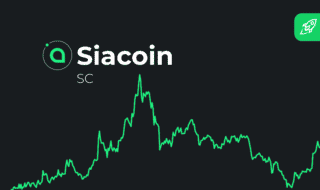 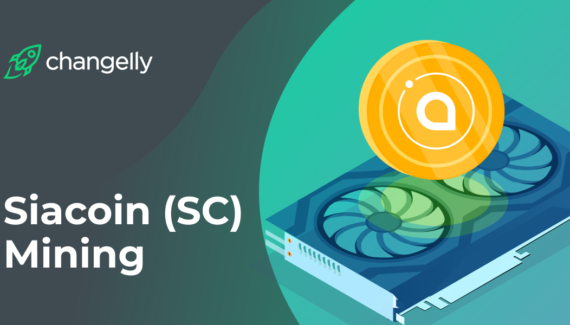 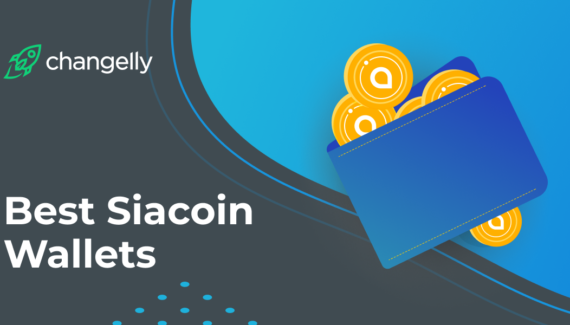