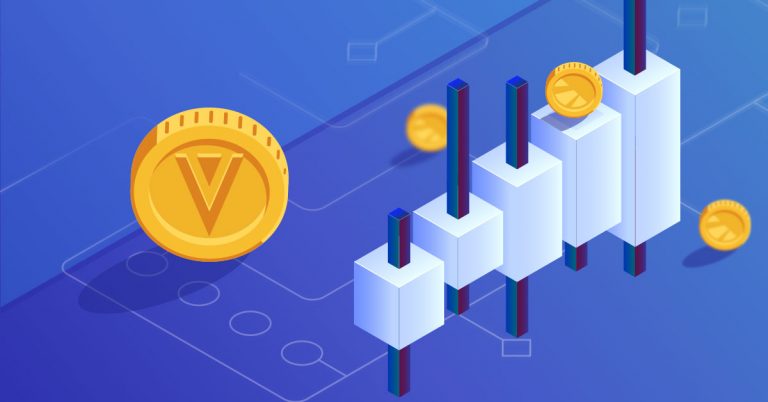 The amount of information in the digital space is rapidly increasing annually. Confidentiality and protection of user data are the most critical tasks in the modern world of IT-technologies. One of the digital projects aimed at enhancing the security of user data is the Verge platform and cryptocurrency (XVG).

Verge works on Proof of Work protocol. However, there are five more algorithms to mine cryptocurrency. The platform can process 100 transactions per second. Well, it’s quite impressive. So let’s explain some Verge basics, and find out what is the Verge future price. There’s a Verge (XVG) price forecast for 2021-2030 by Changelly!

Unlike many other cryptocurrencies, there was not even an ICO to launch DogeCoinDark. The developers created a branch from the Bitcoin blockchain, invested their money in the project, and mined the first coins themselves.

Verge cryptocurrency developers focus on anonymity and confidentiality. They did not create completely new technology, but took as a basis the existing Bitcoin blockchain and made some improvements to it (first of all, this concerns the algorithm, with Bitcoin, SHA 256).

In the process of working on the Verge project, TOR and i2P were added to the blockchain, which allows anonymizing the transitions of users to the Internet. The Verge network has a system that enables almost instant transactions. You can transfer XVG cryptocurrency much faster than other coins since SPV technology is used, through which developers were able to reduce the transaction time to 5 seconds.

It helps to make mining smoother and more convenient. Many miners prefer the Lyra2REv2 algorithm, which allows you to mine coins on video cards (the new NVIDIA, Radeon, and GeForce models are suitable).

The coin appeared in October 2014, and until April 2017, the cost of Verge was only $0.000006. The market capitalization of cryptocurrency totaled a little more than 20 thousand dollars.

Verge began to show a subtle upward trend only in the fall of 2017. The developers managed to increase the capitalization of the cryptocurrency at the expense of their own funds, investments from interested companies and donations from ordinary users. In addition, the coin appeared on the Bittrex and Binance listings.

Many online resources have begun to implement Verge blockchain technology and even accept XVG to pay for their services. Today there are more than 80 such resources. A complete list of them can be found on the official website of the project.

In November, the cryptocurrency market capitalization exceeded $600 million. And in December, the coin reached its historical maximum – 15 cents per 1 XVG.

Experts note that a sharp jump in prices occurred literally in a day. Soon after the famous programmer and businessman John McAfee wrote a tweet in which he mentioned Verge. He named his TOP 3 most promising cryptocurrencies: ZCash, Monero, and Verge.

Many users were surprised that McAfee placed the little-known and cheap coin on a par with the top altcoins. Retweets even began to appear on the network with assumptions that the entrepreneur, known for his keen interest in cryptocurrencies, made a mistake on the list and put Verge in the wrong place.

The next day, the price of the coin went up sharply. The McAfee’s tweet began to spread on the Internet and quickly made the Verge not only recognizable but also popular cryptocurrency.

In January, the rate corrected and dropped to 10 cents, and in March it fell to 4 cents altogether.

Analysts attribute the fall in prices to the general trend in the market and the presence of serious competitors whose success is blocking development opportunities for Verge. For example, ZCash also focuses on transaction anonymity but has great support among traders. It costs $650, not a couple of cents.

However, in April, Verge again began to show an upward trend. Successful contracts with well-known companies caused an increased interest in cryptocurrency.

For example, UQUID now issues debit cards with XVG support. They accepted the token in the TokenPay payment system. Its management is even considering issuing its cards for XVG.

Well, there is not actually any technical analysis expertise of Verge (XVG). However, here is the aggregate rating for XVG from several traders & analysts on TradingView.

2016 changed the course of history for Verge. The decision to rebrand was made since the project ceased to resemble the original product. Now the Verge project is all about anonymity and security.

All in all, users just advice to hodl the Verge cryptocurrency because it can go to the moon one day:

If we compare the price chart with Google trend chart, we can see price dependence of the popularity factor.

I have already mentioned John McAfee’s impact on the Verge thing. In 2017 he advised his followers to invest in Verge.  However, in June 2019, McAfee wrote a controversial tweet:

Charlie Lee, the creator of Litecoin, is moсking the Verge on his Twitter:

There is not only one tweet with mickey. Lee also laughed at the 51% attack on Verge and criticized a variety of mining algorithms.

As well as Meltem Demirors:

Crypto trader and market commentator The Crypto Dog yet in 2018 claimed Verge to be a shitcoin:

Verge has a lot of cons, which can help its price rise. First of all, it’s a long history of the coin. The developers improve coin since 2014. A combination of algorithms (Tor, I2P, Wrath) gives the system anonymity and security. The developers support the decentralization idea: open source code, independent project. There are some opinions about the Verge’s future price.

The Coinrepublic Price Prediction for 2021

The change is totally negative. The XVG will go down by 78.9%.

The XVG cryptocurrency is a profitable investment for a period of 5+ years.

All in all, Bitcoin is a reference point for the crypto market and altcoins price change. If BTC will rise, so will altcoins.

SuprNova mining pool reported that the Verge cryptocurrency blockchain was attacked by 51% and all correct blocks are rejected. According to their information, the problem affected all pools and all miners, since the attacker currently controls all the blocks.

Buy XVG at Changelly with USD, EURO or GBP