What is the Pi Network (PI) Cryptocurrency, It’s Basic principles and How to Mine It As our world keeps getting more and more digital, cryptocurrencies are changing along with it. New cryptos appear every day, with new exciting features and opportunities. Pi Network is one such currency, representing a new type of accessible digital currencies for ordinary people. Now, everyone with a smartphone can mine PI crypto.

Launched in 2019 by three Stanford graduates, PI cryptocurrency quickly gained popularity among users. So much of it, that there are professional predictions about its price are being posted already. What is Pi Network (PI) cryptocurrency? How to mine PI? Find out all about it in our new article.

Pi Network beta version was launched on 3/14/19 by three Stanford PhDs and graduates:

Pi Network allows users to earn PI cryptocurrency from any mobile device. This is the result of cryptocurrency evolution in general. Bitcoin is starting to become old-fashioned as it requires a lot of electricity, while PI coins are completely eco-friendly. Pi Network uses Proof-of-Work algorithm without the high electricity costs.

There are three steps of Pi Network development:

The Pi server acts as a crane emulating the behavior of a decentralized system as it will function after its operation. During this phase, improvements in user experience and behavior are possible and relatively easy to make compared to the stable phase of the main network. All coin minting for users will be transferred to the live network after its launch.

In other words, the live net will pre-mount in its genesis to block all account holders balances created during phase 1, and continue to work in the same way as the completely decentralized system. Pi is not displayed on exchanges during this stage, and it is impossible to buy Pi with any other currency.

When the community feels that the software is ready for production and it has been thoroughly tested on the test network, the official mainnet of the Pi network will be launched. An important detail is that during the transition to the main thing, only accounts confirmed to be belonging to real people will not be restricted.

After that, the crane and the Pi phase 1 network emulator will be closed, and the system will continue to work independently forever. Future protocol updates will be presented by the Pi community and the core Pi team and will be proposed by the committee. Their implementation and deployment will depend on the nodes updating the mining software, like other blockchains.

No central authority will control the currency, and it will be completely decentralized. The remains of fake users or duplicate users will be discarded. This is the phase during which Pi can be connected to exchanges.

How to Mine PI Cryptocurrency?

It is as easy and intuitive as using the Changelly app. To connect to the network, it is enough to have a mobile device based on iOS or Android. Then, follow these simple instructions:

After registration, each user receives 1 Pi per account. The system provides the following ranks:

Pioneer is the entry-level rank for all users. The production size is 0.39 π/h. You can increase it to 0.49 π/h if you participated in the referral program during registration;

Contributor. To receive this rank, mine cryptocurrency for three days;

Ambassador. A rank for users who invite other members to connect to the Pi Network.

Node. Members who have connected additional equipment to the network. This level is still under development and will be available later.

When you open the app you need to hit the ‘mine’ button. You do not need to keep the app open, just activate the button once in 24 hours and you’ll get the coins.

Where to Store PI Cryptocurrency

The wallet is the app where you mine your coins. During phase 3 of the project, you will also have the option to take full ownership of your private/public keys.

Where to Trade PI Cryptocurrency

According to Coingecko, PI cryptocurrency can be traded on some exchanges. You can see the availability of the most popular pairs in the table below.

So far Pi Network is just an experiment in the field of mobile mining. If the team will continue to develop the project, the app will become a real phenomenon in the crypto sphere. Stay tuned! 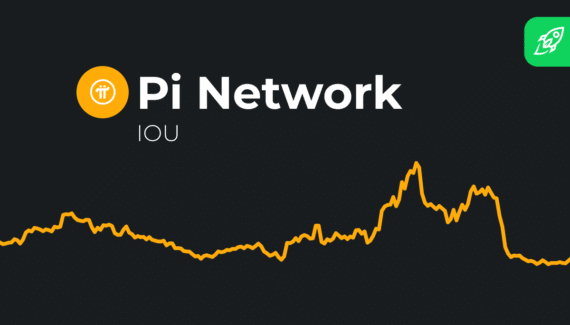 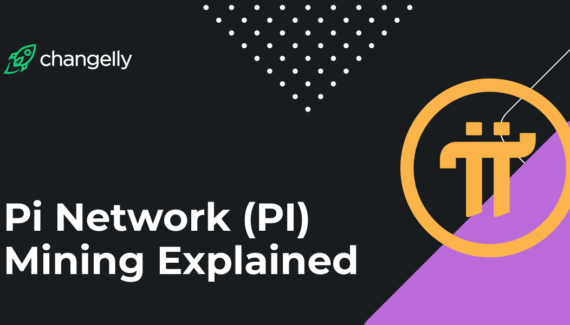 This will be better than Bitcoin.

I’ve Been mining pi for a couple months now and brought a few other people onboard. When it eventually goes live will I keep the coins I’ve mined? I’m new to the whole crypto world.

Hey jeff
I have just started today and started mining but there are depth words and process to learn about it. So I would appreciate if you kindly please help me one these process seems like you are familiar with this cryptocurrency

We will see if it comes to anything, I am in.

If you have been paying attention to what is going on the world relative to cryptocurrency development and how it may one day replace the current monetary system, than this is a no brainer. With all the great reviews here by persons who done their research, would be crazy not to give this a try. I’m from the Bahamas and I can see clearly PI’s potential. Heard about it for the first time about 3 days ago, signed up and is telling others about it. Already starting to build my team and putting lots of effort into being active and learning about cryptocurrency.

I have never dabbled in cryptocurrencies before but I have a good positive feeling about Pi
They don’t ask for money. They don’t want personal information. A simpleton like me can mine in the background even with the app turned off. And you gain coins faster by having people join your circle. I just love the idea of currency that’s not manipulated by anyone. Its owned by the users.

Real talk. I do wanna know what’s gonna happen with pi coin in the next few years. It sounds promising.

Pi is amazing! With zero time commitment or financial investment – you would be silly to not get involved and downloading this app to begin your mining!

thanks for the invite

The next big thing is here! We are one and this digital community is an example of just that. Looking forward to the marketplace. Check it out for yourself!

Pi has all the potential to fulfill …
“CRYPTOCURRENCY THE FUTURE OF PAYMENT”
Please check the consensus algorithm
…Pi is not using proof of work protocol like btc and eth…
Pi used SCP…Stellar Consensus Protocol
Thanks !
I love Pi !

Pi is a serious cryptocoin with huge potential to become one of the best cryptocoins in market!!
Excellent job by stanford university

Hi im Solomon Zabala,my pi app have a problem recently, so i delete the app and download it again but when i open it it said that it must be thru facebook , when i did that the is ” it is associated wth another” person but that is also ME .
How can i use my pi app again?

Thanks for sharing Pi Network. The future, Pi will be like Bitcoin, you will be rich.

I think the whole pi network coin project is ridiculous.

We are a big group of people. Currently most of us farm with a rate of 5 per hour.

This Pi network looks amazing. I will definitely try mining it in the near future!

This is the most detailed pi network review I’ve ever read anywhere. Looks like this project can really work out

I completely agree, this article is an excellent review.

I’ve been thinking about mining the pi network coin since it just appeared. It’s an amazing alternative to traditional cryptos, guess I’ll check it out ASAP

Who could give me a couple advises on pi network mining?

Thank you in advance!

Pi network is the best shit ever you can mine pi for free and i bet it is going to be beter and higher than bitcoin…….everybody thats in please stay and share as most as you can…….together we got this?

If anyone needs an invite that is interested in mining feel free to join me. Use my username (ChefRamsay) as your invitation code.‬

Great app, but all those who are trying to create a fake profile to increase earnings, let them not try. Just add confidential accounts. You need an invitation code to access the application. Invitation code: sejodz

This is really promising, worth a try.

Have been mining for a little while now and I have achiebed almost 290 pi coins .
I was just wondering if Pi does ever launch or goes live , would the mined coins still be mine?