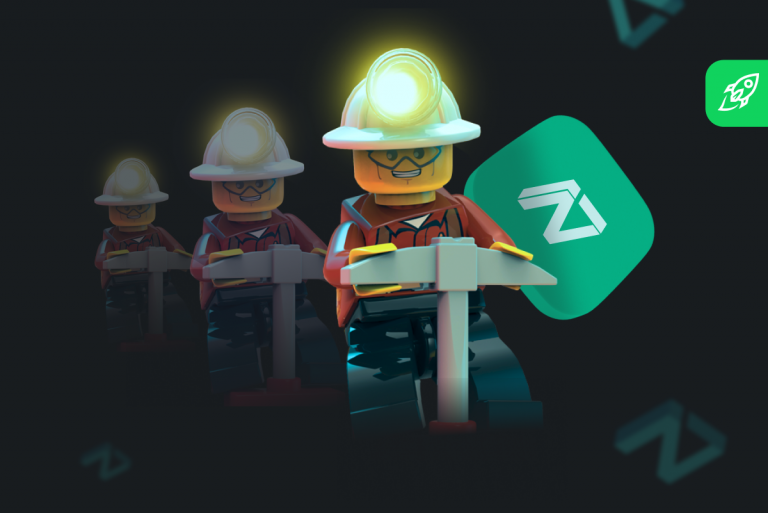 Mining Zilliqa is a different kind of coin extracting. First of all, ZIL coin mining is eco-friendly. The developers advise users to mine for a short period of time to reduce the electricity costs and support the green future idea. Moreover, some more features make the Zilliqa mining process unique and unrepeatable. Let’s dive into the world of dual mining and the overall ZIL coin structure.

Zilliqa uses Proof of Work (PoW) as a consensus mechanism only to establish the identity of a network node. Thus it does not do the whole PoW process for every block. This is much more efficient and it significantly reduces the network’s energy footprint compared to blockchains that use PoW for general blockchain consensus.

The PoW algorithm forces nodes to solve arbitrarily complex mathematical problems that require enormous computational resources and power. Although all computers on the network are working hard to solve the same problem, only one is rewarded for this work, with most of the energy lost.

Zilliqa adds a new block to the blockchain at regular intervals. This process makes Zilliqa’s blockchain incredibly scalable. One more feature in Zilliqa mining is a dual mining feature. It allows users to automatically switch from one coin mining to ZIL for a couple of minutes every hour.

There is another reward system too. The miners receive rewards based on the contributions of valid signatures, which makes distribution more equal. In this network, the reward is split into 25% of base reward (for validating nodes) and 75% of flexible rewards (based on valid and accepted signatures).

Reward distribution occurs every 100 epochs (the so-called Vacuous epoch). During this era, the protocol is updated if necessary (thus eliminating the need for hard forks), and the long-term data is written to the blockchain.

The target difficulty of mining on the Zilliqa network is updated every era. At the same time, in the test network, it occurred, taking into account the target number of network nodes equal to 1810 (while the complexity of mining in the network is equal to one). With the appearance of each new hundreds of nodes, the complexity in the next epoch increases by one (and vice versa).

Every mining process starts with wallet selection. We’ve already created an article about the best Zilliqa wallets to choose from. It’s worth mentioning that there is not a great variety of available wallets, so you can select one according to your goals after you get the coins. If you want to trade it or sell, you can use any account on the exchange. The updated list of the Zilliqa wallets is on the official website.

The minimum hardware requirements for running a Zilliqa node (for mining coins using the pBFT algorithm) are as follows:

After you get the wallet, choose the hardware you want to use. One of the most profitable options is the Innosilicon A10 or Pro version. Remember to use a Zilliqa mining calculator before buying any hardware equipment because sometimes it can be really expensive. 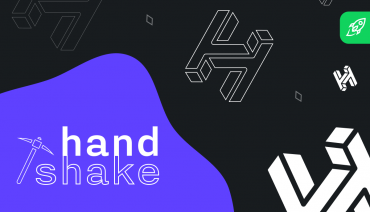 Handshake Coin Mining Guide: How to Mine Handshake (HNS) Token?

This miner is a two-story device in a rectangular metal case with cooling fans at the end. The Innosilicon A10 is very noisy and requires a separate soundproofing room. Above is a controller block with indicators, a start button, and an Ethernet network connector. Inside the Innosilicon A10 case, there are three motherboards with chips. The price of Innosilicon A10 is about $4,000, so calculate all the electricity cost and profitability before buying one.

Next, you should choose the software to start the Zilliqa mining process finally. There are such options as Zilliqa Client, ZilMiner, and Zilliqa Mining Proxy. They support Linux, Ubuntu, and Windows OS.

You can mine ZIL cryptocurrency both solo and in the pool. There is an Ezil.me pool, which supports dual mining with Ethereum and Ethereum Classic. You can also use such pools as Rustpool, Shardpool, and K1pool.

The main advantage of cryptocurrency is the energy efficiency of mining because, as we said, PoW is used only to verify data about nodes. The consensus in the blockchain is achieved through the protocol of the practical Byzantine Fault Tolerance. Thus, the verification of transactions and the creation of new blocks do not require many energy resources, as happens, for example, in the Bitcoin network.

All in all, Zilliqa is a good coin to mine if you are interested in Ethereum or any currency that works on the Ethash algorithm. It can become one more source of income in your crypto portfolio.