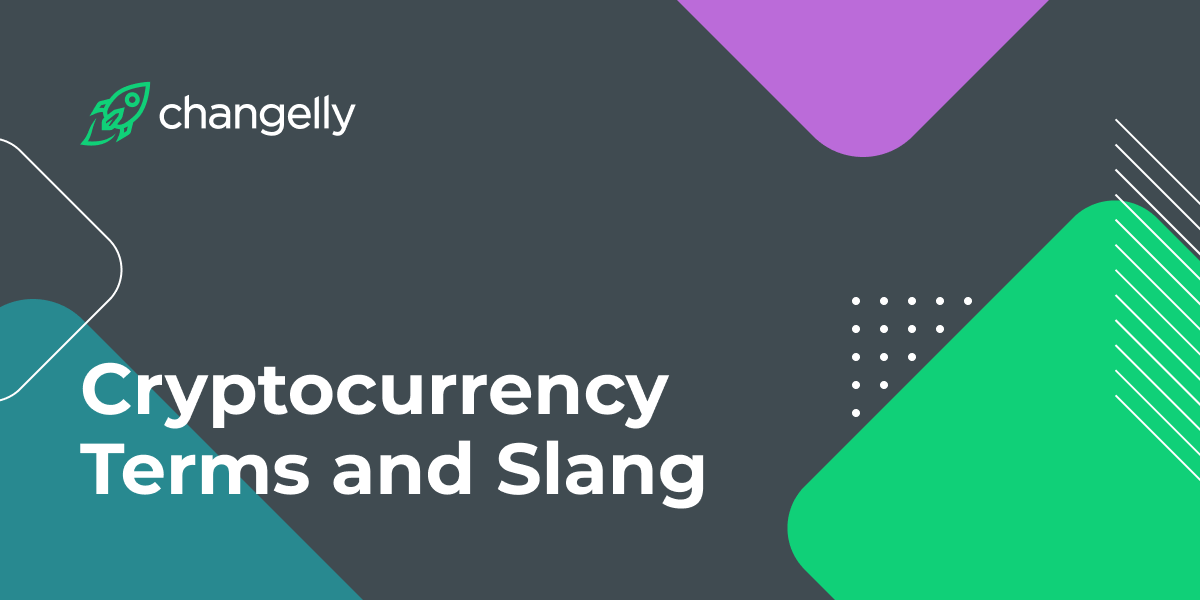 We all were crypto newbies once. We associated whales, bulls and bears with the animal world, but not with the sphere of trading. Want to feel like you belong in the crypto community? We have a list of top-50 slang words that will help you get comfortable in the world of cryptocurrencies.

This phenomenon is an obsessive phobia of missing an interesting event or a profitable opportunity. It originated from social media and was even added to the Oxford English Dictionary.

In 2013, this concept flashed on the Bitcointalk forum, where a user made a typo in the word HOLD (hold), writing the word HODL in his panic. The author himself did not suspect that this typo would become as popular as it is today.

In his post, he writes that he continues to hold BTC coins, ignoring the fall in its rate. Since then, after having endured numerous ridicule of users, the new concept has been a staple in cryptocurrency slang.

Hodl now means holding a coin even if it crashed, awaiting further growth.

“Cryptoland” is a term for the bitcoin ecosystem, including all blockchain technologies. Cryptoland does not rely on trusted third parties, it is characterized by the proposal and adoption of open-source protocols that are incentive-compatible within the network.

When there are conditions for falling prices, it is said that a “bearish” situation has developed. If there is a belief that prices have started to rise, it is considered to be a “bullish” situation.

Fear, uncertainty and doubt. It is the tactics of psychological manipulation used in marketing and propaganda in general, which consist of presenting information about something (in particular, a product or organization) in such a way so as to spread doubt and suspicions about its qualities and thereby cause fear of it.

DYOR means “Do Your Own Research”. It is possibly the most important dogma in the cryptocurrency world. You should never trust an ICO-project team or anyone else without first verifying any statements made with your own research.

The common name for all cryptocurrencies. A bit dismissive.

The trader can open a Long position. That is, they buy cryptocurrency at a certain price, and then after the price rises the assets will be sold.

A short position is opened on the exchange when a trader takes a cryptocurrency from a broker for the purpose of selling them. A trader opens a short position only if they are certain that the price of the coin will fall.

It is a non-life-threatening disease that is caused by cryptocurrency hype, symptoms include constant talking, reading, and listening to info regarding cryptocurrencies usually accompanied by purchasing bitcoin or altcoins.

“To the moon” means that the price has risen drastically, reaching the peak value.

Lamborghini is a status indicator. Therefore, it is believed that in the case of “to the moon”, you can buy “lambo”. This word is more for communication.

If you are asked: “When is it lambo?”, they mean when you expect to get rich from the growth of bitcoin.

The term used to describe trends in Bitcoin and other cryptocurrencies.

Flippening means a transition of crypto dominance, that in the future there will be a moment when Bitcoin will lose leadership in the cryptocurrency market. Ethereum or Litecoin are possible cryptos that will take its place.

Crypto-colonialism – a new breed of wealthy individuals that have amassed a fortune through cryptocurrency trading and mining that seek to re-domicile for advantageous tax treatment while unleashing their newfound resources for purported positive impact.

To get a rekt means to sell the crypto too soon or late. In other words, to suffer losses without coping with emotions.

The frequent fall in the price of a cryptocurrency that can occur several times a day, week or month.

Crypto whales are major holders of coins. If they sell a cryptocurrency, it significantly affects its rate.

When coin base or a currency exchange restricts part of your account due to some lame verification issue or whatever reason but you can trade your current purchase.

This term has came from Wall Street. It means that the trader kept altcoins in his portfolio for too long and they went down in value.

Anyone that uses or endorses cryptocurrency unironically as a good long-term investment.

A scheme for a manipulative increase in the cryptocurrency market followed by a collapse. An attempt to increase the cost with the help of false, based on nothing based recommendations.

Means anyone who uses or endorses crypto unironically as a good long-term investment.

Nocoiner is a person who does not have Bitcoin. Nokoiners are people who missed their opportunity to buy Bitcoin at a low price because they thought it was a scam and thus missed out on the profit.

It is someone who does not sell but rather holds on to their Bitcoin or another cryptocurrency.

A woman or a man who forms relationships with someone purely because of their success dealing in cryptocurrencies.

This is a fraudulent practice in which the project collects money during or after the ICO, and then its team simply evaporates. At the same time, the company promotes a lot and actively and for some time demonstrates activity. It is worth noting that often PR managers and even developers do not know that they are involved in creating a fraudulent scheme.

Buy the f*n dip. Any guesses? Well, it’s the emotional impulse to buy collapsed stocks or other assets.

Nonce is a numerical parameter that is sought during mining (PoW algorithm) and recorded in the block header. Actually, the goal of mining as a competitive process for the right to add a block of transactions to the blockchain is to select such Nonce so that the sought-for block hash is less than some given Target number, which is equivalent to obtaining a block hash starting from a certain number of zero bits.

This is a situation when the price of a financial asset on the exchange soars, and the owners of short positions are forced to purchase shares as soon as possible to cover their losses.

A faucet is a website on which you can receive free cryptocurrency at certain time intervals. Such resources exist at the expense of advertisers (placement of banners, videos, etc.). Entrance to them is free, although sometimes you need to register by using your email. To get cryptocurrency, you need to go to the specific page of an advertiser.

This is a malicious action in which an infected device is used for hidden cryptocurrency mining. The attacker uses the processing power and bandwidth of the “victim”, that is, your PC (in most cases this is done without your knowledge or consent).

Sats (shorten for Satoshi) is the smallest unit of bitcoin stored on the blockchain. Satoshi is one hundred millionth bitcoin (0.00000001 BTC).

A distortion of China, a country that is hugely influential to bitcoin because it’s where the most trading and mining activity occurs.

This is the name of a trader with huge financial opportunities who is pessimistic about some cryptocurrency and expects its quotes to fall.

Short for public cryptocurrency address (key). For example: Tell me your ADDY, please

Shilling in the world of cryptocurrencies is part of a marketing ploy. It’s when a person promotes a specific digital coin or blockchain project.

People who can’t handle the tension and sell their crypto holdings for a cheap U$D price (the ultimate shitcoin) when it’s going down, actually making its price even lower. When it’s rebounding, they got cut. Strong hands hodl their crypto for life.

The non-speculative movement of funds from one market to another in order to profit from the difference in interest rates, exchange rates or commodity prices.

It is a program offered by many websites and software developers through which people can be recognized and rewarded with crypto (or not) for finding bugs, especially those related to exploits and vulnerabilities. These programs will allow developers to detect and eliminate errors before the general public finds out about them, preventing cases of mass abuse.

Mainnet is a blockchain that conducts real operations with cryptocurrency, forwarding it from senders to recipients.

AirDrop is a free distribution of tokens to everyone for signing up. Tokens can be used to popularize a completely new coin, which is not yet on the exchanges, and so far only preliminary sale of tokens is carried out.

Bitcoin maximalism ranges from Bitcoin obsession (“sees no other coin but Bitcoin”) to Bitcoin conservatism (“believes that other coins can exist, but that Bitcoin is superior and should never change”).

It is quite common to see newcomers, especially those coming from other overlapping industries (such as law or economics) taking the position of Bitcoin maximalist to be seen as knowledgeable or to fit in, despite having little to no experience with crypto.

Derogatory term for that friend of yours who won’t shut up about Bitcoin, Ethereum, etc. Brags about his virtual millions and how early he invested. Often found unconvincingly rambling about how Blockchain will revolutionize something that’s been working just fine for centuries.