Litecoin is a cryptocurrency that was created to provide fast, secure, and low-cost payments. Although LTC was based on the Bitcoin protocol, the two coins have quite a few differences, including but not limited to the hashing algorithm used and block transaction times – LTC has a block time of just 2.5 minutes. Additionally, Litecoin has really low transaction fees. You can learn more about this crypto here.

Are you looking for the best LTC mining hardware and Litecoin miner comparison? Read on to learn how you can make Litecoin mining profitable!

What is Mining Hardware?

Unfortunately, mining hardware in crypto is not as exciting as the one used to get diamond and gold – you won’t get a chance to swing a pickaxe around. However, mining crypto is, in our opinion, more rewarding – and definitely a lot less dangerous than traditional mining.

Mining hardware, or as it is often called “rigs”, is a type of machinery that was designed to solve math problems in order to mine cryptocurrency. Mining, and with it mining rigs, are essential for the normal functioning of crypto transactions. You can learn more about crypto mining rigs in this article.

ASICs or Application-Specific Integrated Circuits are considered to be the best Litecoin mining hardware.

GPUs use graphic cards to mine crypto and are the most well-known and probably the most widely used type of mining rigs. They are fast and effective, but can also be quite expensive.

CPU mining uses your computer’s CPU to mine crypto. It is cheap, but an extremely slow and inefficient way to mine Litecoin and other cryptocurrencies. Additionally, it can damage your device in the long run.

Keep in mind that since Litecoin is a Scrypt cryptocurrency, it requires compatible Scrypt mining hardware.

CPU mining rigs aren’t something you have to buy separately – you can just use the one on your computer. This is why this type of Litecoin mining hardware is often considered to be the most widely accessible one. The more powerful the CPU, the more Litecoin it will be able to mine, but that comes at higher initial and upkeep costs.

Can You Mine Litecoin with CPU?

Yes, it is possible to mine Litecoin with CPU, but it is not recommended. First of all, it may take you months to get any profit when mining Litecoin with CPU. Secondly, it can damage your computer, requiring you to splurge on repairs. And, finally, it consumes a lot of electricity, making it extremely cost-ineffective.

We do not recommend mining LTC with CPUs – it is definitely not the best Litecoin mining hardware. However, if you do want to try it out, just use the one you already have on your PC do not waste money buying a new CPU just for mining.

GPU mining rigs are the same graphic cards that we use on our computers to do daily tasks like watching videos on YouTube or playing video games. Mining Litecoin with GPU is easy, relatively affordable, and can be done from the comfort of your own room.

There are a few things you need to do before you begin to mine Litecoin with GPU. First of all, you will need a graphic card, then some cooling options, like auxiliary fans, and, finally, electricity.

Here are the best graphic cards for mining LTC:

This is currently the best GPU you can get to mine Litecoin. It is really expensive – this graphic card costs around $3.5k – and is equally hard to get but is very profitable and effective. RTX 3090 has one of, if not the highest hashrates for GPU Litecoin mining.

This card is the total opposite of the one above: it is cheap and accessible, but, on the other hand, is a lot less effective. This card is over 4 times weaker than the RTX 3090 when it comes to crypto mining, but it is almost 10 times as cheap.

At the end of the day, only you can decide what graphic card you would rather go for. The GPUs we mention here are two extremes – there are cards that aren’t as expensive as RTX 3090 but have higher mining power than the 1060. Generally, anything made by NVIDIA or Radeon would be a good choice.

Can You Mine Litecoin with GPU?

Yes, it is possible to mine Litecoin with GPU – in fact, it can even be profitable. However, you will need to do some work to make it worthwhile. First of all, you will have to hunt for bargains – if you want to mine LTC with GPU in the most cost-effective way possible, look for cheap marketplaces, sales, or maybe even second-hand GPUs that are in a good condition.

Secondly, you also need to consider the electricity bill and power consumption. Some miners rent out big, spacious buildings like warehouses to store their mining rigs in. Not only is electricity usually cheaper in such places but also the spaciousness will help with the cooling.

Is Mining Bad for GPUs?

Mining doesn’t really damage your GPU that much – at least as long as you take proper care of it. Clean your Litecoin graphic card often and use high-quality fans to cool it. If you follow this advice, then mining Litecoin won’t damage your GPU more than an average gaming session.

An ASIC miner is the best choice for mining Litecoin. It’s not something most people have just lying around, so you will most likely have to buy one. However, it will definitely be worth it – due to their higher hashing power and ease of installation, ASIC miners are widely considered to be the best Litecoin mining hardware.

Here are the best Scrypt ASIC miners – please note that they can be used to mine any Scrypt cryptocurrency, not just Litecoin.

Antminer L3 is the most famous ASIC LTC miner, and it has been on the market since 2017. In order to not become outdated and to keep up with the growing complexity of mining, Antminer L3 has gone through a few major updates, making sure it can still deliver the same profitability at the same low costs.

Antminer L3++ comes in a few different modifications, with prices ranging from $300 to $700. It doesn’t take up too much space due to its small size, so it’s perfect if you want to mine Litecoin at home. It also isn’t very loud and is very easy to set up, as all you need to run it is the miner itself, electricity, and an Internet connection. However, this Antminer L3 is rather heavy on power usage.

This is another good ASIC Litecoin mining hardware option if you’re looking for reliable Litecoin ASIC mining hardware. Although this rig is more expensive than the basic version of Antminer ($500 vs $300) and is less powerful, it has its benefits. Firstly, it has much lower power consumption, so it can be more profitable in the long run. Secondly, it generates a lot less noise and heat, making it optimal for those who don’t want to dedicate a lot of their living space to mining Litecoin.

How to Set Up a Litecoin Miner

Setting up a Litecoin mining rig is easy.

What Hardware Is Needed to Mine Litecoin?

You will need either a GPU, CPU, or an ASIC Litecoin miner to mine LTC. You will also need a computer that can run and support that hardware – we recommend having at least 8Gb of RAM. 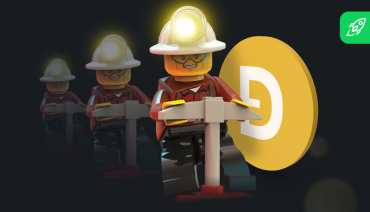 You will also need appropriate software to mine LTC.

The Process of Mining

Litecoin mining process will vary depending on what hardware and software you are using. If you’re mining Litecoin in an LTC mining pool or using an ASIC, then you will most likely only need to check on the software from time to time and make sure your hardware doesn’t get overheated or otherwise damaged.

How Much Litecoin Can You Mine in a Day?

There’s no one answer to this question – it all depends on what Litecoin mining hardware you’re using, your electricity costs, and more.

The best way to find out how many Litecoins you can mine per day is using a mining calculator. Just enter your LTC mining hashrate, power consumption, and costs and you can find out the potential profit you can get in one day. This can be a good way to plan out your mining operation if you’re serious about it.

Is Litecoin Mining Worth It?

Whether Litecoin is worth mining or not largely depends on two things: what hardware you are using to mine it, and how high (or low) the electricity costs are where you live.

Mining Litecoin with CPU and even GPU is generally not profitable. GPU miners only become worthwhile if you have at least medium scale mining operation or are a part of a mining pool. However, mining LTC has more to give than just money – some people mine crypto as a hobby. If you just want to learn more about mining or Litecoin, then a little small-scale CPU/GPU mining on your existing computer would still technically be “worth it”.

If you want to make a profit by mining Litecoin, then you have three options: joining a mining pool, buying and using ASIC LTC mining hardware like Antminer L3, or joining a cloud mining service. The latter option is cheap, easy, and can help you earn some money. It basically allows you to rent somebody else’s LTC mining rig and mine Litecoin passively. Teaming up with other Litecoin miners via pool mining is a good option if you already have the necessary software but want to cut down on costs. We talked about various Litecoin mining pools in this article.

The profitability of mining a coin also depends on how the cryptocurrency’s price will behave in the future. Setting up a mining rig can be quite costly, so you would want to do it for a coin that won’t fade into obscurity in a few months. You can read our thorough Litecoin price analysis to decide whether you think this coin will be worth mining in the long run.

Since Litecoin is a Scrypt cryptocurrency, it can be mined alongside other scrypt-based coins like Dogecoin. We talk about this in our article on Dogecoin mining – check it out if you want to learn more.

How to Mine Litecoin on Mac?

Mining Litecoin on Mac is essentially the same as mining it on Windows but can be a bit harder since Mac devices usually have weaker specs. Additionally, Macs are easier to damage via overheating, so we really would not recommend GPU and CPU mining on Apple devices.

Your best bet for mining on Mac is signing up for a Litecoin cloud mining service. However, there are a lot of scammers out there, so please beware and carefully research all cloud mining platforms before using them.

Mining Litecoin, just like mining Bitcoin, is still possible and can even be profitable. Just like when it comes to Bitcoin mining, more hashing power means more coins will be mined and thus more money will be made. Carefully consider your goals and your available resources before you start mining Litecoin. If you think you’re up for it, get Litecoin mining hardware and start earning!

If you want to get Litecoin but mining isn’t your cup of tea, you can also buy LTC with fiat money or exchange it on our website or in our mobile app. And if you feel like you’re up for it, you can also trade Litecoin on our full-featured exchange Changelly PRO!