How to Mine XYO Cryptocurrency 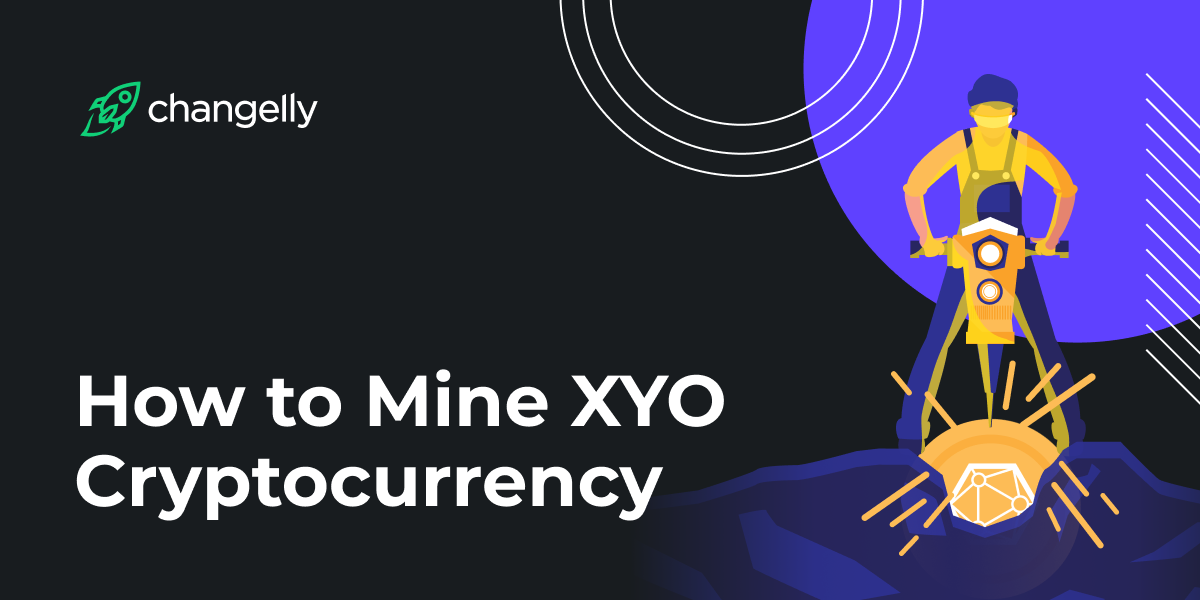 When we are talking about mining, we usually mean your mining rigs completing difficult calculations in order to get to the prize block. XYO, however, redefined mining, making a completely different process. While the result is the same, it is a breath of fresh air for the blockchain enthusiasts, opening up even more possibilities for future coins and tokens.

As it is a novel idea, the Changelly team decided to write a simple guide on how to mine XYO, allowing more people to enter the scene. So, let’s tune in and start!

XYO is ERC-20 based token, founded on the Ethereum blockchain, and powering XYO smart contracts. It was first launched back in 2017, and since then it only kept getting better and more interesting.

While it works on the same principles as Ethereum, and the smart contracts system is pretty much the same, XYO decided to change how the system behind the mining works. The basis for this change is the geospatial technology. It is a set of data about different locations all around the world. It can be absolutely different data, from the temperature to the amount of sheep per square mile. And that data needs to be transferred from one device to another.

There is some difficulty with that: it needs to be collected from specific locations. So, to mine more tokens, you will need to visit places where geodata can be collected.

This will increase the scarcity of the token and attract more investors and crypto enthusiasts to participate. And the more people enter the blockchain, the more valuable the token will be. Not to mention that with higher popularity, there might be even more possibilities for using blockchain technology in the real world. Especially with the new geospatial tech. So, how does it apply to the mining of XYO token?

How Does XYO Mining Work

While the process of mining is different for XYO, it works very similarly. As it was mentioned before, when mining XYO, your mining rig is performing bound witnesses instead of complex calculations in order to get the prize. Bound witness a trustless system that allows two unrelated nodes to detect and report each other. If those reports are valid, then they prove that both of them were at this time and place.

Those reports are then archived on the third node, which is called an archivist. It will keep the collected data safe until the fourth node, diviner, finds it for the party interested to buy it. They pay for it in XYO tokens, a part of which is paid to the nodes who shared the data.

If the same data is shared by multiple nodes, that payment is divided between every node associated with the bound witness. Those nodes are determined by specific payment keys they hold. XYO tokens are based on ERC-20 tokens, so you can swap them on many exchanges.

Geomining is a new way to mine a crypto coin or token. Basically, it represents a fully new blockchain application, based on geospatial technology. In order to get needed data this way, you need to collect it in a specific place. The data can be anything of interest in this location. As long as there are parties that would want to buy it, you will receive your XYO tokens, making mining successful. The mining gear required is also different. For XYO, you will need to have a so-called Geomining Kit, which consists of a computer and/or Bluetooth beacons that can detect similar beacons nearby. This information is then gathered, and if your Kit has access to the Internet, reported. If not, you will need to connect it later on.

However, the biggest difference between ordinary mining and Geomining is in the software component. While usually, it is the mining rig that does the heavy lifting, by solving the needed tasks, and the software is only directing those efforts, it is quite the opposite in Geomining.

As it doesn’t require heavy computing processes, most of the work here is done by the software. In fact, most mining hardware for Geomining is mainly acting as a relay between the software and the blockchain. This means that you can save a lot of money as you don’t need to build a powerful mining rig.

Geomining is a new and exciting concept for the cryptocurrency world. It not only allows you to earn tokens without spending too much money on the mining rig and electricity bills, but it also supports crypto miners to get out and travel, which is also great.

While it might be a little rough around the edges at the moment, it is only a matter of time before XYO becomes one of the staples of the crypto world and more people start mining it. Or would it? Stay tuned and find out more intriguing mining concepts!