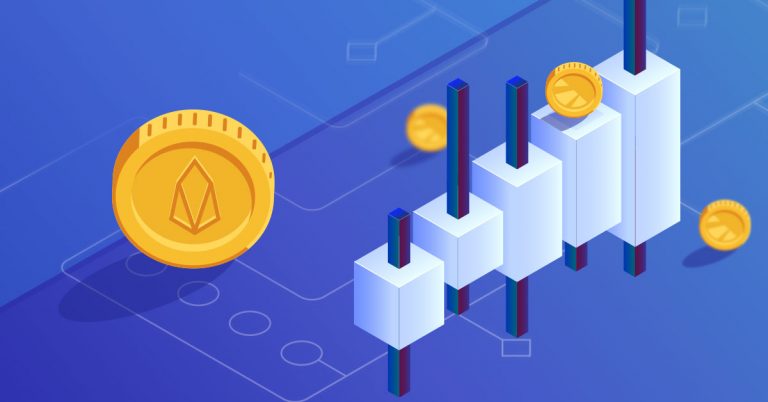 The EOS coin is only at the beginning of its journey. It stands apart from cryptocurrencies, both in its technical characteristics and in the scale of its goals. A simple proving fact – more than $4 billion raised during the ICO.

EOS goal is to become an enterprise-grade solution for decentralized applications deployment. The team of the project shows a very responsible approach to the project’s technical documentation, media appearance and overall presence in the industry. This fact helped the coin to gain attention from some major investors and raise one of the biggest market capitalizations in the industry.

Here is our ultimate latest price prediction for 2020 on EOS cryptocurrency.

What is EOS and why do investors believe in it?

The Block.one development team (founder of EOS), led by Dan Larimer, was lucky to convince lots of people to believe in the project’s profitability. From the outset, they announced the creation of a distributed operating system with smart contracts like Ethereum but much better. So the EOS was immediately declared as an “ETH killer”.

The concept and method of project implementation itself were very attractive for users. If at one time Ethereum became a real breakthrough and is still in great demand, what would happen if something like this appeared, but many times stronger?

The project is mainly dedicated to providing a stable network for decentralized applications. The architecture of EOS is designed in a way that allows it to offer DApps developers easy deployment, upgrades and bug recovery. Also, as a blockchain network, EOS is able to provide secure communication, data protection and censorship resistance.

However, the coin remains widely dependent on market fluctuations and Bitcoin’s popularity. It looks like the EOS price history follows overall market behaviour despite the coin’s secure position as one of the major cryptocurrencies and large attention from institutional investors. Still, the EOS price prediction shows coin’s promising future and strong chances to advance both in its price and in its product features.

EOS price history is quite successful. Its understandable market niche alongside technical sophistication of the team provided it with sustainable growth and positive media presence. EOS price predictions were very promising, helping the coin to become one of the major parts of the industry, which it remains to be to this day.

More info on the EOS platform can be found on BitcoinWiki.

In July 2017, when tokens only appeared on cryptocurrency exchanges, the price of EOS was only one cent. However, due to the targeted promotion and promotion of the project in the media, a month later the value of the coin increased to $1, and after 2 months it reached the $5 point.

In September, when most other cryptocurrencies were growing, the price of EOS fell to 60 cents. Experts attribute the sharp drop in the exchange rate with the active growth of the closest competitors of EOS (Ethereum and NEM) and a growing distrust of the developers.

Experts noticed that all the prospects of EOS exist only in text form. Developers praise them on the pages of their own site. Moreover, the description of the ICO states that EOS are only internal tokens of the future platform, and do not have a separate value. That is, in case of failure, depositors will remain with a mountain of useless coins.

Nevertheless, the developers managed to further stimulate interest in their project. Dan Larimer assured that soon all major business networks will switch to the blockchain. However, in its current form, it is not able to process a huge stream of transactions.

EOS with its excellent scalability can easily handle several million transactions per second. Moreover, the network bandwidth will directly depend on the number of coins concentrated in the holder. The more tokens an investor has acquired, the more opportunities he will get to launch his application.

Such arguments have affected many business representatives who plan to deploy their projects on the blockchain.

Well, there is not actually any technical analysis expertise of EOS cryptocurrency. However, here is the aggregate rating for EOS from several traders & analysts on TradingView.

EOS has many competitors that are developing in the same direction. Tezos, Tauchain, Aeternity, and Quantum also position themselves as decentralized platforms for quickly launching applications. If at least one of them shoots, EOS will have much less chance of success.

Larimer is known for his habit of spinning up projects, collecting profits and leaving the game. That is what he did with Bit Shares and Stemit, who promoted them during the ICO and then left, and they quickly lost their positions. So what awaits the EOS cryptocurrency? Let’s look at a few opinions. Here are future EOS price predictions for 2020 and 2025. 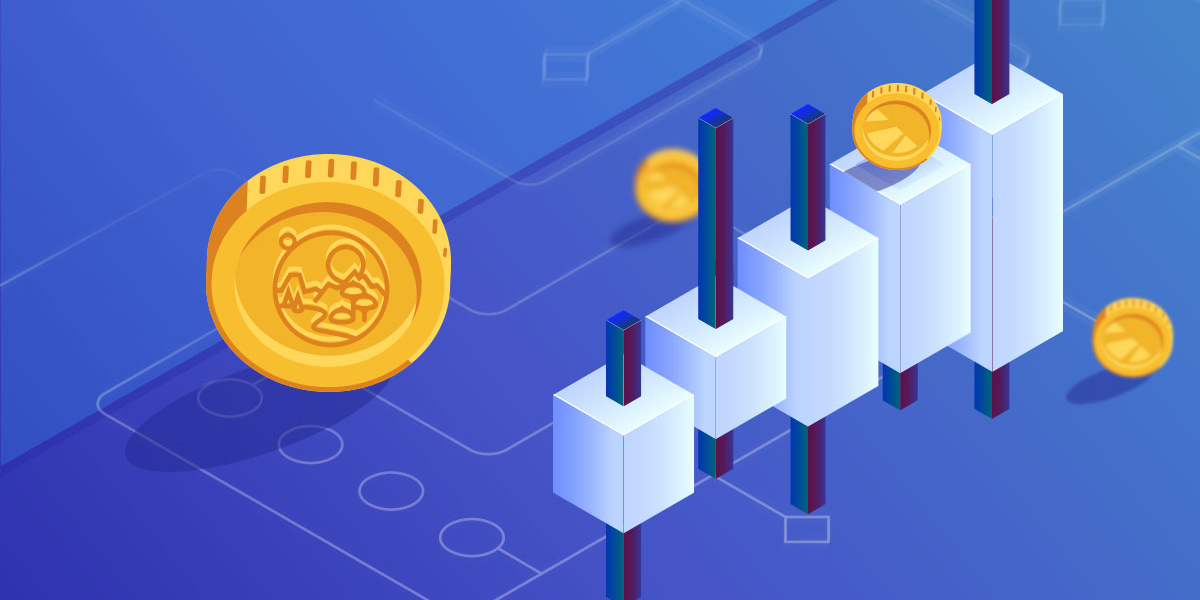 WalletInvestor sees EOS cryptocurrency as an excellent long-term option for investment. In 2020, the EOS coin price can go back to $6.104. In 2025, the price can change up to $30. So, expect a better time at the start of 2020 to buy EOS – according to this forecasting service!

According to DigitalCoinPrice source, EOS coin price will increase. Investment in EOS cryptocurrency is very profitable. In 2020, the price will slightly go up to $8.12. From a long-time perspective, EOS crypto can change to $18.06 in 2025.

Scott Melker, a trader at Texas West Capital, gives his opinion about EOS’s future price. He says, that EOS is definitely going to drop.

How to Buy EOS Crypto?

It is easy to buy an EOS coin on many platforms. If you want to buy EOS cryptocurrency anonymously using your credit card (USD, EUR, GBP), you can use the Changelly platform.

What Is EOS Crypto Used For?

You can send, hold or receive EOS coins between wallets. This makes it a fast and free payment system.

Is EOS Cryptocurrency a Good Investment?

Is it safe to invest in EOS cryptocurrency now? The project offers a great platform for dApps. If developers continue to improve the system, then EOS crypto will go up in its price.

Buy EOS at the Best Rate