Some users consider DOGE a frivolous currency that was created in 2013 just for fun. Although, for some reason, it gained popularity in the market, many consider Dogecoin mining not very promising. In this article, we will show that DOGE mining is possible and profitable. Let’s find out the best Dogecoin mining pools and the alternative ways of mining it.

What is Dogecoin (DOGE) Mining?

Dogecoin has the same algorithm as Litecoin does, but with some modifications.

Dogecoin has some differences from Litecoin:

Dogecoin was developed under the Scrypt algorithm. The cryptocurrency cannot be obtained using specialized ASIC chips that were already used in Bitcoin mining. However, that did not last long, and from around mid-2014, ASICs that worked on the basis of the Scrypt algorithm began to be widely used. The complexity of Dogecoin mining has been growing for almost the entire existence of the network, and it is already difficult for CPU and GPU miners to compete with more energy-efficient ASIC miners.

The Dogecoin hash network and the complexity of this currency soared. Now mining this cryptocurrency separately is not profitable, and many are switching to pools that support combined mining of Doge and Litecoin. Each digital currency, and in particular Dogecoin, have their own mining difficulty indicators. The number of coins mined per unit of time depends on that data. The higher those numbers, the fewer coins will be mined.

How to Mine Dogecoin (DOGE)?

In order to mine DogeCoin, you first need to get the wallet address where the coins will be sent. You should install a Doge wallet on your computer.

The dogecoin mining process itself is a calculation of the hash of the header blocks using the resource capacities of the equipment itself. Accordingly, a computer or ASIC is engaged in the extraction of money. If the key is picked up first, then the entire reward for solving the block will be transferred to the wallet.

There are three main ways to mine Dogecoin:

Unlike other cryptocurrencies, the process of solving dogecoin blocks and receiving rewards remained random. Only in 2014 did the situation change, and the miners began to receive a fixed amount of coins for their work.

One of the most popular service pools. Simple and straightforward. The advantages are the average pool size and built-in instructions for setting up the miner. The platform charges a 1% commission.

Prohashing is a multi pool. The following coins can be mined in the Prohashing pool: BTC, ETH, LTC, DASH, XMR, VTC, ZEC, FTC, BTG, MONA. The pool has an algorithm you can use which will automatically switch your hashing power to the most profitable coin.

The service has been operating since 2013. It has an adjacent exchange platform project with profitable rates. It is possible to produce Cloud Mining at ASICs. There is a wide range of coins besides DOGE: you can mine BTC, ETH, LTC.

One of the oldest pools for joint mining is multipool.us. It is a multifork platform with 20 different coins. There is a feature that automatically determines which cryptocurrency is the most profitable to mine at the moment.

Among the important advantages is the Merged Mined Currencies mode, which allows you to mine several different tokens while maintaining power.

The support service works great. They answer questions promptly, and help eliminate any problems with software and setting up work, withdrawing earned money, and other procedures that accompany mining.

LitecoinPool.org uses the Scrypt algorithm, making it possible to check new hashes in conjunction with Litecoin. Therefore, it is possible to mine Dogecoin in it. This is the oldest Litecoin mining pool, launched shortly after the presentation of the most digital currency in November 2011. This pool’s ease of use and reliability quickly gained its popularity among users, allowing them to continuously introduce various new features.

Solo mining is the extraction of coins yourself, that is, the process of searching for blocks only on your own computer. It is currently not effective; it was popular at the time of the creation of the Dogecoin cryptocurrency. 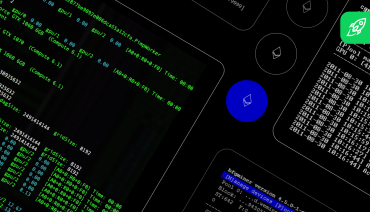 For such mining, you need a powerful supercomputer that is bound to consume a lot of electricity. The disadvantages of this method are that it can take a lot of time to find a block. And if a block is not solved, then no reward will be received.

Dogecoin cloud mining is presented on the Internet as renting specialized equipment. The profitability of cloud mining depends on the capacity and number of coins mined at current cost, i.e. upon completion of the purchase contract, the investment will bring a certain share of the profit.

This type of mining is popular because many users do not want to buy expensive ASICs, configure video cards and spend a lot of time at the computer. There are enough platforms out there that provide this type of service, you just need to find a time-tested and reliable one.

Mining Dogecoin on a graphics card currently only makes sense when it’s carried out as part of a community. Even then, you will have to build a farm of 6-8 productive modern graphics processors. Even the presence of ASIC does not guarantee stable profits, so you need to have several of these chips and to keep constantly updating them.

Before you start mining, you need to get approximate information on how much you can earn on your hardware. Use a mining calculator, in which you enter information about the equipment, its energy consumption, the mining algorithm and the cost of electricity. The program will substitute the missing criteria, for example, the current complexity of the network, and will give an estimated amount of profit for a given time.