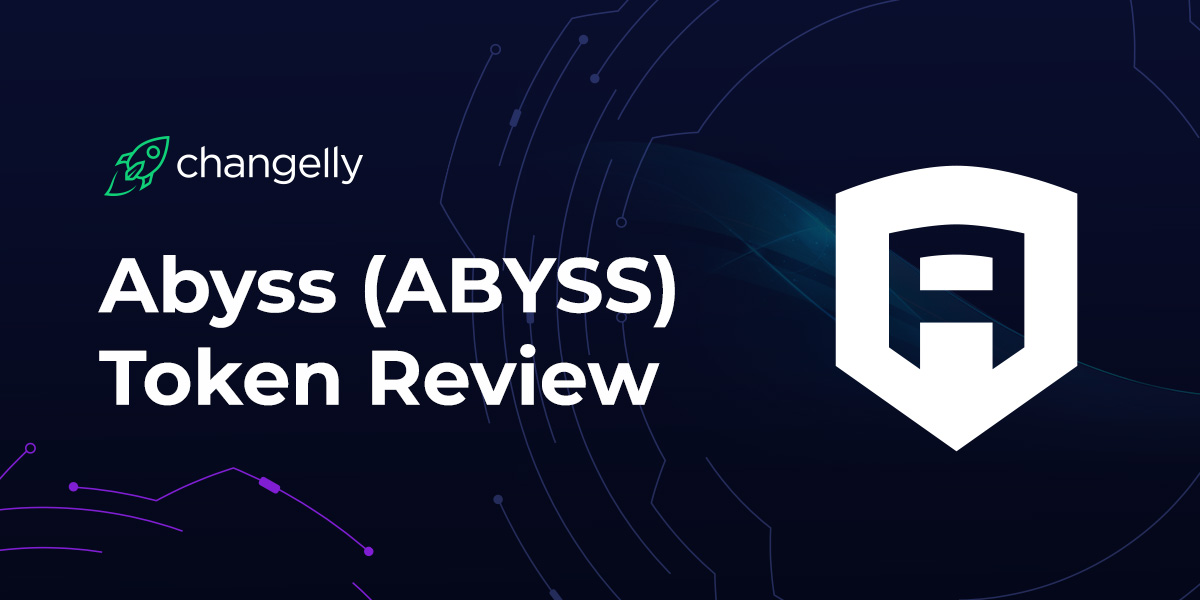 The Abyss is a platform that delivers all types of videogames, including AAA titles. The aim of the platform to create the most significant game community in the world.

ABYSS Token is an internal cryptocurrency used for interaction on The Abyss Platform. All the payments within the platform are paid in ABYSS. What’re the features of the token and how the platform works? Let’s find out together with Changelly!

Abyss cryptocurrency is an ERC-20 token, based on the Ethereum platform. The token is used for the purchase and as a user incentive on the platform. The Abyss platform has high-level protection in the 2FA form. The ecosystem also consists of a forum as a shared space of communication for gamers.

ABYSS is more advantageous to use within the platform than fiat money. When you buy in ABYSS, the price is lower. In what ways we can also use this cryptocurrency? Let’s find out:

The main difference between The Abyss and other gaming platforms is the availability of motivational and multi-level referral programs, in which players can earn on gaming and social activities, as well as on other people’s payments in games. Thanks to The Abyss, developers will reduce marketing costs and will also be able to get additional income from referral payments in other games of the platform.

The company shares all their plans and current reports on their Medium blog. You can read some highlight below:

Google is also not the only company targeting Flash, as Adobe plans to discontinue Flash support at the end of 2020. The Abyss platform claims Mozilla also wants to say goodbye to Flash in early 2020.

Abyss Launcher provides full support for Flash games and a single entry point, allowing users to switch between multiple projects efficiently. This is a fully customizable application with simple integration, which does not require changes in the current authorization and billing systems.

The Abyss is implemented on Ethereum platform and attached to ERC-20 token standard, you can store the cryptocurrency in any Ethereum-compatible wallet. We recommend you to take a closer look at the following wallets:

Where to trade Abyss Token (ABYSS)?

There are not as many cryptocurrency exchanges as popular digital money have. However, there are four different trading pairs. Choose which suits you the best.

Changelly platform offers you a way to buy ABYSS with your banking card swiftly, safely, and with minimal authentication procedure. The fiat payment process is powered by our partner Indacoin and takes just a few simple steps to take.

All in all, the Abyss platform is a paradise for gamers. No doubt that it will face some issues because the blockchain market is not such widespread thing as a traditional one. The main advantage is Abyss Token that makes a huge difference in the game market. Give up the fiat currency and use domestic token, and you can save money. Isn’t it a good point?

The idea of the union of all gamers is amplitudinous. Gaining momentum and developing its platform, the company can occupy a dominant position in the cryptocurrency market and in the blockchain industry. Well, let’s keep track of developments.

Disclaimer: This article about Abyss Token (ABYSS) should not be considered as offering trading recommendations. The cryptocurrency market suffers from high volatility and occasional arbitrary movements. Any investor should research multiple viewpoints and be familiar with all local regulations before committing to an investment.