Must Read: Top 10 Books about Crypto 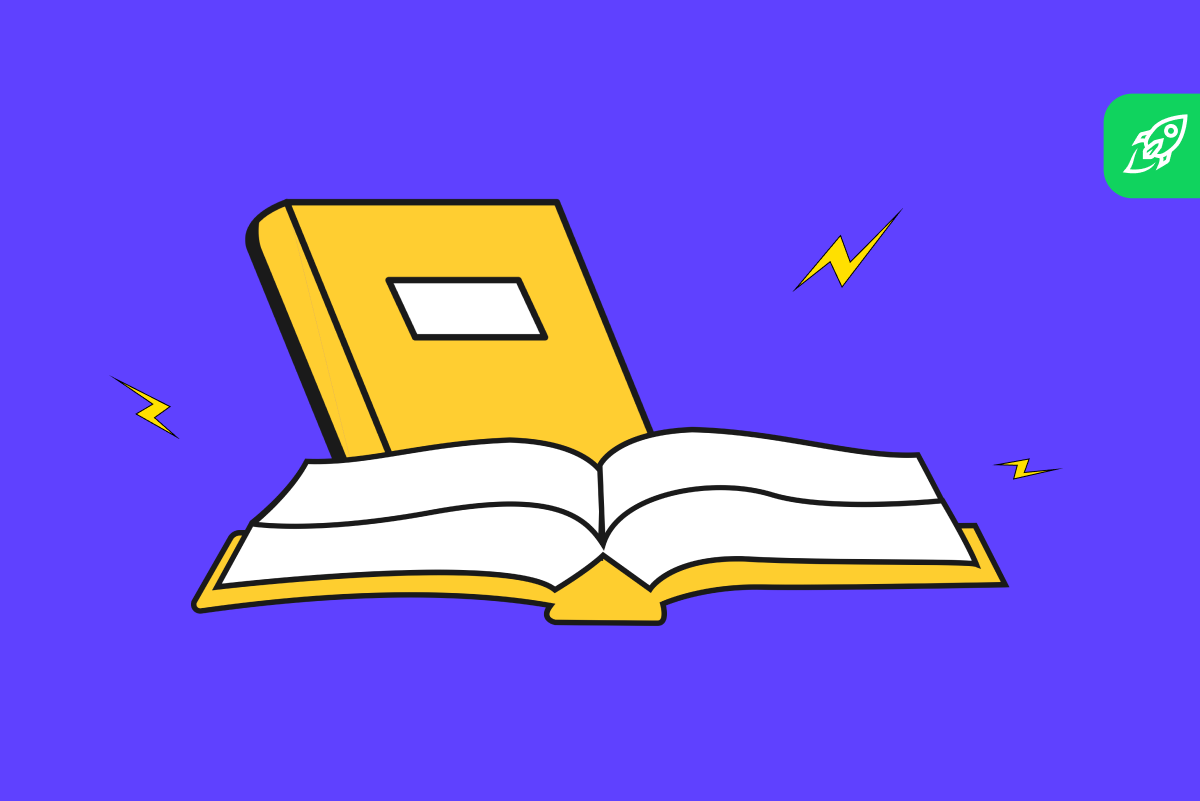 The invention of cryptocurrency opened the door to the era of decentralization and financial literacy. Interest in digital assets is constantly growing, yet not all users understand the principles of blockchain technology.

To understand the phenomenon of virtual money you just need a desire to learn, be educated, and informed, regardless of the opinions of those that may not know much about crypto themselves and regardless of your own personal prejudices.

Books about cryptocurrency can quickly lose relevance because the technology is constantly evolving, the legislative framework and the trading floor situations are changing. Still, it is useful to learn about the underlying mechanisms of blockchain and their possible applications(one of those being cryptocurrency like Bitcoin).

We present you the list of publications on digital assets and the distributed ledger system. Stay home and read books!

#1. ‘Digital Gold: Bitcoin and the Inside Story of the Misfits and Millionaires Trying to Reinvent Money’ by Nathaniel Popper

It’s better to start exploring the world of blockchain with the first virtual coin, Bitcoin. The ‘Digital Gold’ book, written by The New York Times journalist Nathaniel Popper, tells the history of the creation of the first cryptocurrency. After reading it, you will be able to better understand why the idea of ​​a decentralized payment system, at first only interesting to a very closed circle of believers, ultimately turned the whole world upside down. The author addresses the questions: “What is money?”; “Why do they have such a form and such qualities?”; “Is there a better option?”

After all, the majority of inhabitants have only some intuitive understanding of the essence of money, trusting the state to regulate their issue, use and disposal. An innovative model has emerged that excludes political manipulation and abuse of power.

#2. ‘Blockchain Revolution: How the Technology Behind Bitcoin and Other Cryptocurrencies Is Changing the World’ by Alex and Don Tapscott

A book titled “Blockchain Technology” about cryptocurrency, written by a Doctor of Law, a professor at the University of Toronto Don Tapscott, and his son Alex, has become a bestseller. A popular publication that talks about the seven components of the success of blockchain projects, the impact of digital money on the culture and economy of developed countries has been translated into 15 languages.

After reading the book, you will learn about tokens and ICOs, leaders of the crypto industry and the states that are most loyal to innovations in the field of payment assets.

#3. The Internet of Money: A collection of talks by Andreas M. Antonopoulos

The book “The Internet of Money”, written by a cybersecurity expert Andreas Antonopoulos, tells about the personal experience of the author who went on a trip around the world to figure crypto out himself and then explain to other people the nature and economic essence of virtual money. Being one of the supporters of blockchain technology, Andreas Antonopoulos explains in detail the mechanism of decentralized payment systems, as well as explains the importance of Bitcoin and cryptocurrency in general to modern society.

Internet of Money sheds light on metapolitics. This is a new form of political relations created on special algorithms. The author believes that in the near future, political communities will conclude agreements based on the individual choice of digital currency. It sounds somewhat fantastic, but just 10 years ago so did Bitcoin for most people, and decades ago the same could have been saying about modern video games.

#4. How Money Got Free: Bitcoin and the Fight for the Future of Finance by Brian Patrick Eha

This book studies the secrets of the creation of the first cryptocurrency, reveals the names of influential players in the crypto market, highlights high-profile lawsuits and curious cases of the world of the digital industry. The book talks about billionaires who have invested all their capital in crypto projects, and enthusiasts developing virtual networks.

It also refers to bankers who want to use the system of distributed registries for their own purposes, and the wealthy pioneers of the cryptocurrency world who resist financial tycoons. The book How Money Got Free is a must-read for those who want to become a member of the blockchain community.

#5. Cryptoassets: The Innovative Investor’s Guide to Bitcoin and Beyond by Chris Burniske and Jack Tatar

What does it mean to be an innovative investor? This means betting on completely new and yet not well-studied assets, like cryptocurrency. How to evaluate the asset? How to make money on it? The authors of Cryptoassets: The Innovative Investor’s Guide to Bitcoin and Beyond, Chris Berniske and Jack Tatar, raise these questions and provide brilliant recommendations, backed up by graphs and links.

Their book is a masterpiece that will not leave you indifferent. “We are entering an era of a new, decentralized economy, and the Tatar and Berniske have formulated something extremely valuable: clear logic, one might even say, a new science of investing in assets that will be at the head of this new world,” says Michael Casey, senior consultant for Digital Currencies MIT Media Labs. By the way, remember the financial crisis of 2008? The Crypto Assets says that the subsequent release of Bitcoin’s White Paper is not a coincidence.

#6. The Business Blockchain: Promise, Practice, and Application of the Next Internet Technology by William Mougayar

“A handbook for executives,” – that’s how Michael Scott, editor of BTCManager, describes this book. William Mougayar has established a reputation as a visionary investor and a wise analyst. Are you a businessman? Blockchain in business will give you the necessary knowledge about blockchain technology and how to use it. Pay attention to Mougayar’s advice: he suggests reading the book twice so as not to miss anything. An author caring for their readers is definitely a good sign.

#7. Blockchain Bubble or Revolution: The Present and Future of Blockchain and Cryptocurrencies by Neel Mehta, Aditya Agashe & Parth Detroja

Product Managers from Google, Microsoft, and Facebook present us a balanced and comprehensive overview of blockchain and cryptocurrencies. It will help you learn more about the technical, economic, and even political sides of blockchain systems. The book describes the differences between ICOs, STOs, and IPOs, the SEC’s STO rules, and Reg A+/CF/D/S. The authors also give their own opinion on the blockchain future.

#8. Life After Google: The Fall of Big Data and the Rise of the Blockchain Economy by George Gilder

George Gilder is one of the leading economic and technological thinkers of the past half of the century. In this book, George Gilder describes the reasons for the Silicon Valley crisis and why the era of Google is coming to its end. The story is useful for readers both personally and professionally. This book offers a fascinating look at the history of the internet as a technology, money as a technology, and how blockchain will affect the future.

#9. The Bitcoin Standard: The Decentralized Alternative to Central Banking by Saifedean Ammous

The Bitcoin Standard analyzes the historical context to the rise of Bitcoin, the economic properties that have allowed it to grow quickly, and it’s likely economic, political, and social implications. It is a great book about Bitcoin history. It also reflects the way of rearranging the modern economy with digital money.

As one of the readers says: ‘The best book on Bitcoin and the existing state of the world economy that I know. After almost daily reading/following the bitcoin space, this was the book I waited for. Covers gold, history of money, economics, central banking, all before Saifedean dives into Bitcoin and why it’s unique and has no equal’.

#10. The Age of Cryptocurrency: How Bitcoin and the Blockchain Are Challenging the Global Economic Order by Paul Vigna, Michael Casey

The Wall Street Journal commentators Paul Vigna and Michael Casey talk about the fears surrounding Bitcoin as a means of calculation and encourage readers to prepare for a new economic reality. If not crypto, then digital currencies in general, as the book says their time will inevitably come. The authors reveal a curious observation: Bitcoin is no longer surrounded by a romantic flair of anarchy that Satoshi might have intended it to have when describing the protocol.

Vigna and Casey also name the approximate date when the world realized that the virtual wealth on Bitcoin is actually quite real.

The book of the entrepreneur and preacher of crypto philosophy Andreas Antonopoulos describes in detail the infrastructure of Bitcoin. The book is primarily focused on developers, but the first two chapters are suitable for a wider audience. The second edition of 2017 contains additional chapters in which the author explains how the Lightning Network, SegWit, and SIGHASH work.

The book was written in the repository on GitHub, and more than 100 people took part in its creation.

#12. Bitcoin For Dummies by Prypto

The purpose of this book is reflected in the title – in a simple and accessible form to give a general idea of the principles of operation, purpose and capabilities of Bitcoin.

In it, novice users will be able to get answers to basic questions: what is Bitcoin, where to get it, how to store and protect it from hackers, as well as to many others.

Read in the Internet Archive.

#13. Bitcoin Billionaires. A True Story of Genius, Betrayal and Redemption by Ben Mezrich

In the bestselling book, The Random Billionaires, Ben Mezrich described the story of Facebook’s waning. Based on the book, they shot the famous “Social Network”.

The author decided to talk about the antagonists of Zuckerberg – the twins Tyler and Cameron Winklevoss. In December 2017, the brothers were recognized as the first Bitcoin billionaires. How this happened, and what brought Winklevosses to the world of cryptocurrencies, Mezrich described in his new book.

Blockchain technology and cryptocurrencies are becoming increasingly more popular in our lives. It is better to dive deep into the sphere and try to understand what the crypto industry and the technology related to it are.