The total value of the future Telegram cryptocurrency can reach $29.5 billion by the end of 2020. This is a price prediction of some analysts who calculated the probable ICO price for one token and the whole number of tokens available.

How much will the yet unreleased cryptocurrency of Pavel Durov cost? Let’s try to find out in this article.

Telegram’s plans to launch its own cryptocurrency and blockchain platform became known in January 2018.

According to Telegram team leaders, cryptocurrency will be a part of the messenger’s ecosystem. Manufacturers of goods and services will be able to accept payments for their products in Gram tokens. TON is positioned as an alternative to Visa and Mastercard.

A personal payment system inside such a popular messenger as Telegram is a new step in development for both the app and cryptocurrency as a whole. Telegram already has more than 200 million users ready for such updates. Of the main applications for the digital currency, it is important to note the following ones:

Telegram’s cryptocurrency project has encountered difficulties: a US regulator has secured an injunction against the release of Gram tokens. The messenger’s leadership gave investors a choice: either to wait until the end of April or to take their money back (but only 77% of the initially invested funds, $1.3 billion).

The US Securities and Exchange Commission (SEC) has secured a temporary injunction on the issuance and distribution of Gram, the cryptocurrency that Telegram messenger plans to launch. SEC believes that Gram tokens are similar to securities, and they need to be issued according to the specific procedure that Telegram did not follow.

The launch of the Telegram Open Network (TON) blockchain project was scheduled for the end of October, 2019.

Telegram raised $1.7 billion in the first half of 2018. Telegram Group and TON Issuer raised funds in two stages from a total of 171 investors. Out of that amount, $520 million are planned to be spent on the development of the blockchain project and the messenger.

During the first stage, the average cost of the token was $0.37, during the second – $1.33. Some investors expect to resell Gram at a higher price.

The blockchain platform was supposed to work until October 31, but then, the American regulator intervened.

SEC believes that Grams are essentially securities, not a currency, which means it is security regulations that should apply to them. Typically, before issuing securities, the issuer should disclose the full information about the company’s management, its financial condition and all potential risks.

Telegram Group and TON Issuer did not do that. SEC believes that Telegram is trying to take advantage of the public offering of securities, without bothering itself with the established procedure for the disclosure of information, which requires a lot of time and effort.

Telegram has been negotiating with SEC for the past 18 months. The company’s management is surprised and disappointed by the actions of the American regulator.

What to Expect from Telegram (GRAM) Price?

An assessment of the initial issue of Gram tokens on the Telegram Open Network (TON) blockchain platform is contained in the HASH Crypto Investment Bank report dated October 2018. The target value of the cryptocurrency by the end of 2019 is estimated at $5.9 per Gram. With a price of $5.9 per Gram, the market capitalization of the cryptocurrency should be $29.5 billion.

Telegram could provide Gram with a $5.9 valuation to its investors. At least, it was indicated as the target price in one of the last notes for investors.

The price of $5.9 for one Gram is pretty speculative. One of the authors of the report admits that no one in the world yet knows how to evaluate cryptocurrency. 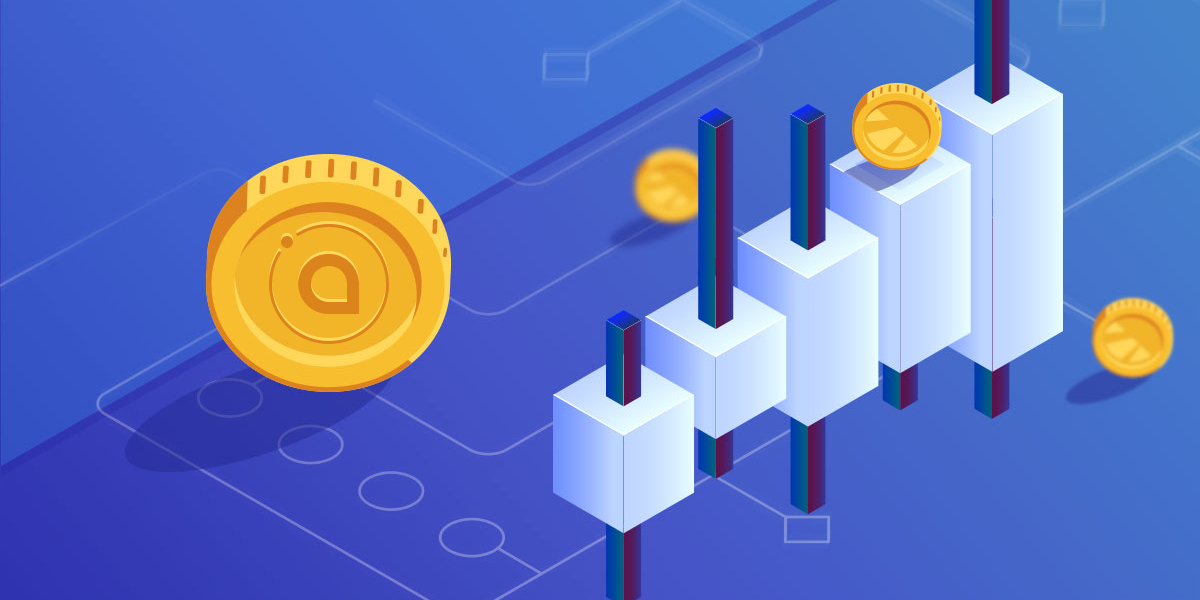 The Telegram cryptocurrency, Gram, was to be divided into three parts: 52% – reserved, 4% – given to developers, 44% – sold to investors.

The first Gram costs 10 cents, and each next Gram costs a billionth more than the previous one. In total, 5 billion grams will be released into the main network. All this was described in the TON Whitepaper.

It turns out that the $1.7 billion received from investors corresponds to approximately $2.94 billion for the entire Telegram cryptocurrency. The target price of $5.9 for Gram means an increase in the value of cryptocurrency by the end of 2019 by almost exactly ten times.

According to estimates, in the near future, the price should be expected to range from 2 to 8 dollars per token, and within 10 years, the price can even rise to $30 per coin.

The calculations were carried out taking into account the dynamics of growth of the number of messenger users and the volume of the crypto market as a whole. Another element is the average annual number of transactions.

As long as the trend is maintained, if Gram reaches the mark of $15-30, then the market capitalization will be $70-130 billion. The project can possibly achieve such results by 2028. However, it is not wise to focus exclusively on the indicator of market capitalization. This metric is not fundamental, although it is crucial.

Telegram is not the only project that wants to implement an idea like this. Zuckerberg’s Libra has been all over the news these past six months. The creator of Facebook is still trying to mitigate issues with regulators. The principle as a payment instrument is similar. Everything suggests that such a direction is really promising.

It is still difficult to make any forecasts on what the GRAM price will be after entering the market. Besides, experts agree that within a few months after listing TON on the exchanges, GRAM will likely take over the third position in terms of market capitalization, replacing Ripple.

Only time will tell what the first trading of the GRAM cryptocurrency will be after its release. We can only wait for the official announcement from the project representatives, and not fall into the hands of scammers who offer to buy GRAM now, before it’s been released.