Blog › Academy › Investing Strategies › Should I Invest in Cryptocurrencies in 2020? 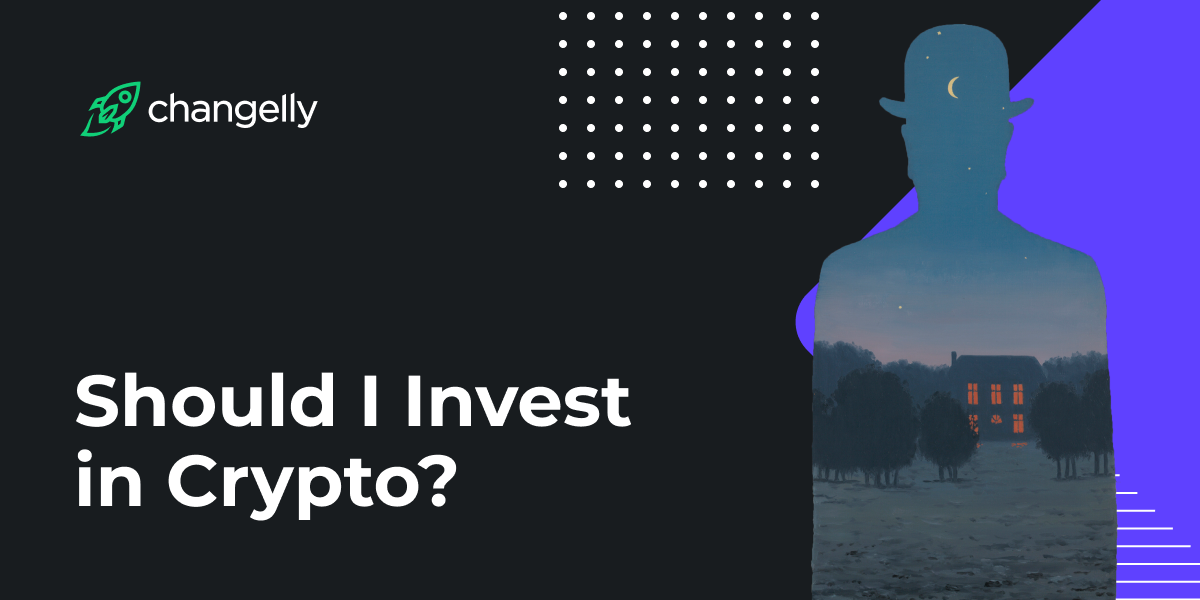 According to analysts at the Binance Research Department, the first cryptocurrency showed the worst profitability results in the first quarter of 2020. Despite the difficult situation around the world due to global quarantine measures, some altcoins still have brought their investors profits over the past three months.

If you are interested in crypto, you can always buy it via Changelly service. However, the questions arise: should you invest in cryptocurrencies now? What is the most profitable coin to invest in? Let’s figure it out.

Growth and Fall of Bitcoin in 2020

Back in mid-February, the price of Bitcoin reached an annual maximum in the region of $10,500. A month later, BTC collapsed up to $4,000. For a fairly short period, the cryptocurrency fell by 62 percent of the previously set record. Now everything is better. For example, BTC began the weekend with a mark of 7,149 dollars.

This fall has made Bitcoin the worst investment over the past three months in the top ten cryptocurrencies by market capitalization. On average, the coin dipped a little more than 10 percent. Experts have published a chart with the profitability of the top 10 rankings.

What Cryptocurrencies to Buy in 2020

In the past months of 2020, cryptocurrency investors earned the most from Bitcoin SV, UNUS SED LEO, Chainlink and Tezos. These coins grew on average by 70, 29, 28.6, and 20 percent, respectively. The reason for their growth was most likely a happy coincidence of positive news: important project updates, the launch of network improvements, and so on.

The record holder for the past six years is still the fourth quarter of 2017. Over this period, the cryptocurrency exchange rate increased by 226%.

The results of the first quarter of 2020 for Bitcoin are not so scary, yet the subsidence is 10 percent far from the highs of the fall. The current rate is still 36 percent higher than a year ago. Over the same period, the S&P500 dipped significantly more, which is a plus for cryptocurrency.

Should I Buy Cryptocurrencies During the Quarantine

State borders are now closed. Now you can’t buy a ticket, get to the airport and fly to any country. This scenario will certainly not be possible in the coming weeks or even months. Governments insure against the emergence of new sources of infection and concentrate on solving problems within states.

In the case of cryptocurrencies, such prohibitions are impossible. The owner of the coins can send them anywhere in the world at any time. He does not need to ask permission and receive any passes. Simply enter the desired address and conduct the transaction.

Regulators of many countries have banned short stock sales. The London Stock Exchange (LSE) banned short stocks of Spanish and Italian companies. A list of companies with shares of which it was not possible to open short positions was also published in France. With such measures, regulators want to protect the securities market. Under current conditions, any rumor and false news can bring down already weak stock prices.

Players in the cryptocurrency market can do whatever they want. From time to time, here you can lose money due to exchange problems. In the middle of the month, a similar thing happened with BitMEX traders. Their positions were liquidated while the exchange was offline.

Cryptocurrency exchanges operate around the clock and seven days a week. Regular exchanges work on a schedule and with weekends.

During the pandemic, we have one more advantage. Traditional money changes owners several times a day. They collect bacteria and microbes. There is no evidence that coronavirus can be transmitted through cash, but experts still recommend washing hands after it. Cryptocurrencies are safe. If you need to send coins, just scan the wallet address in the format of a QR code. There are fewer risks, and microbes have no chance.

If you are ready to invest in cryptocurrencies, our service is here to help you. Click the button below to purchase some coins.