How to Create a Bitcoin Wallet: Step-by-Step Guide 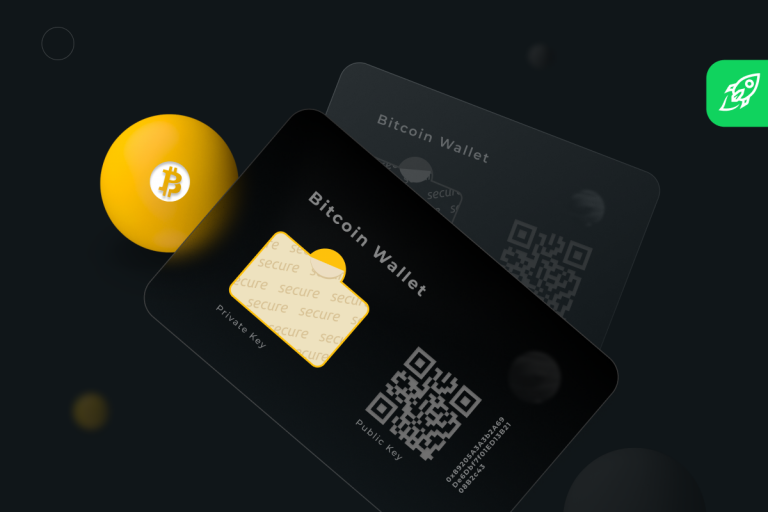 In the world of currencies and assets, Bitcoin became something of an oddity — fully digital money. Since it inspired other crypto projects to follow in its steps, a question of how to keep them safe arose.

Bitcoin is fully digital, and it can’t be just stored anywhere. The thing that actually can be stored is access to BTC coins, which means private keys. Today, the Changelly team made up comprehensive instruction on how to create and use most of the Bitcoin wallets out there. Let’s dive in!

Why do you need a Bitcoin wallet?

Bitcoin uses public and private key cryptography to secure its transactions. When creating a Bitcoin wallet, private and public keys are created. The wallet makes public keys that are hashed and used as addresses to receive your cryptocurrency. The private key is required to confirm ownership of the bitcoins stored at the corresponding address. It also provides an opportunity to spend coins.

To take full advantage of the unique properties of Bitcoin as money, you need to control your private keys yourself. As crypto holders often say, “not your keys – not your bitcoins.” Keeping private keys on your own allows you to make sure your coins cannot be confiscated, seized, or stolen. But the decision to keep your keys makes you responsible for the security of your bitcoins. Our goal is to help you get comfortable with the prospect of storing your own keys.

Now, let’s take a look at different types of Bitcoin wallets that you might find. Different types of wallets have their pros and cons, as well as distinctive features, so you will need to choose wisely what you need from your wallet before you use it.

This type of wallet is basically a printed piece of paper containing the private key to your account. It is the oldest of the coldest wallets, with no way to be compromised by the virus. However, it also has quite a few drawbacks: paper is very fragile by its nature, and you can easily lose it. Also, you can’t quickly access coins stored on it, as you will need to type the key by hand every time. You can find more about paper wallets and how to use them in our article.

A physical bitcoin contains the coin’s public address and a hidden private key. This key and QR code is embossed on a card embedded in the coin and protected by a unique hologram that changes its pattern if damaged.

Casascius LLC from Utah, USA, was among the first to issue Bitcoin coins. Since 2011, the company has minted metal coins (Casascius Physical Bitcoins). The author of the project, Mike Caldwell, had the idea to give the virtual currency a beautiful physical shell. On the front side, there is a molded Bitcoin logo and an inscription in Latin “Vires in numeris,” which means strength in numbers.

From the very beginning, it was already assumed that each Bitcoin coin from the Casascius company would be collectible. The founder of the company considered them not only a means of payment but also a pleasant gift. At the same time, having the physical equivalent of a cryptocurrency, it will be possible to quickly understand what Bitcoin is and what its capabilities are.

A mobile wallet is an app that allows users to manage and control their assets through the mobile device. It is similar to the desktop wallet but allows for greater mobility, so it is an excellent choice for people who need to move around a lot.

One of the most common types of wallets, a web wallet, is the essential online storage for your private keys. It allows users to quickly access and transfer their assets, as they always will have it ready to hand. In addition, many web wallets support the multi-currency format so that people can store more than one coin just in one place.

However, it is also characterized by lower security, with hackers having more opportunities to access your account and steal all assets that they can find. Those who store all of their crypto coins in one place would mean the loss of everything they have.

Desktop wallets are programs that you install on your computer to store your private key. One can say that it is a golden mean between an always-online web wallet and the cold hardware wallet. It is still prone to hacker attacks, especially if you are not careful with your private information and cybersecurity. Still, it is also better protected as you can always turn the internet off and make it offline storage.

An opposite of web wallets, a hardware wallet is a physical device that stores your private key. It is a secure and reliable way to keep your coins safe, especially since hardware wallets can be used as cold storage (i.e., disconnected from the internet).

Quite a few models allow you to store different coins on one device since many wallets can be connected to the device. The disadvantage is that users couldn’t move their assets as quickly as they could by using web wallets. So the wallet suits those who want to keep the money for the long term.

Two years ago, the financial conglomerate ABN AMRO, which has 4,500 branches in 53 countries, launched Wallie, a cryptocurrency service for storing private keys from customers’ electronic wallets and provides a guarantee for funds of up to 6,000 euros.

The trend for bank crypto custodians began to gain traction after the US Office of the Comptroller of the Currency allowed financial institutions to hold virtual assets of their clients.

How to create a Bitcoin wallet?

While Bitcoin wallets often have different features and requirements to use, they usually follow a similar algorithm. Follow these several steps to create and secure your wallet:

By following these simple steps, you would be able to create and use your own Bitcoin wallet.

How to protect your cryptocurrency wallet?

It is not enough to buy cryptocurrency or mine it, it is also crucial to store your assets properly. Digital technologies are developing in all directions, and fraudsters do not stand still. Millions of dollars are stolen from large exchanges and cloud services, and regular users also suffer.

Cryptocurrency wallets encrypt your data, both in the usual line form and in the form of a QR code. The password and all the data can be encrypted too. However, it doesn’t make your wallet 100% safe.

A backup copy of a bitcoin wallet is creating a history file of your cryptocurrency transactions in the form of a copy. A bitcoin wallet backup protects you from risks and dangers. The backup is often a built-in feature in the wallet. However, there are other ways to create a backup manually.

Multisignature (or multisig) is a technology for signing transactions with multiple private keys to improve security and privacy during the approval process for sending transactions. Although multisignature technology has become widespread in the world of cryptocurrencies, its fundamental principles have existed long before the creation of Bitcoin.

For centuries, the basis of multi-signature has been used to protect the security of monastic crypts or crypts where the remains of saints were kept. The abbot of the monastery distributed parts of the keys to the tombs of the monks. No monk could single-handedly access the sacred remains and steal them.

The multisignature technology was first implemented in bitcoin addresses in 2012. The first wallet with a multisignature function was created in 2013. Currently, there are more than a dozen of them. 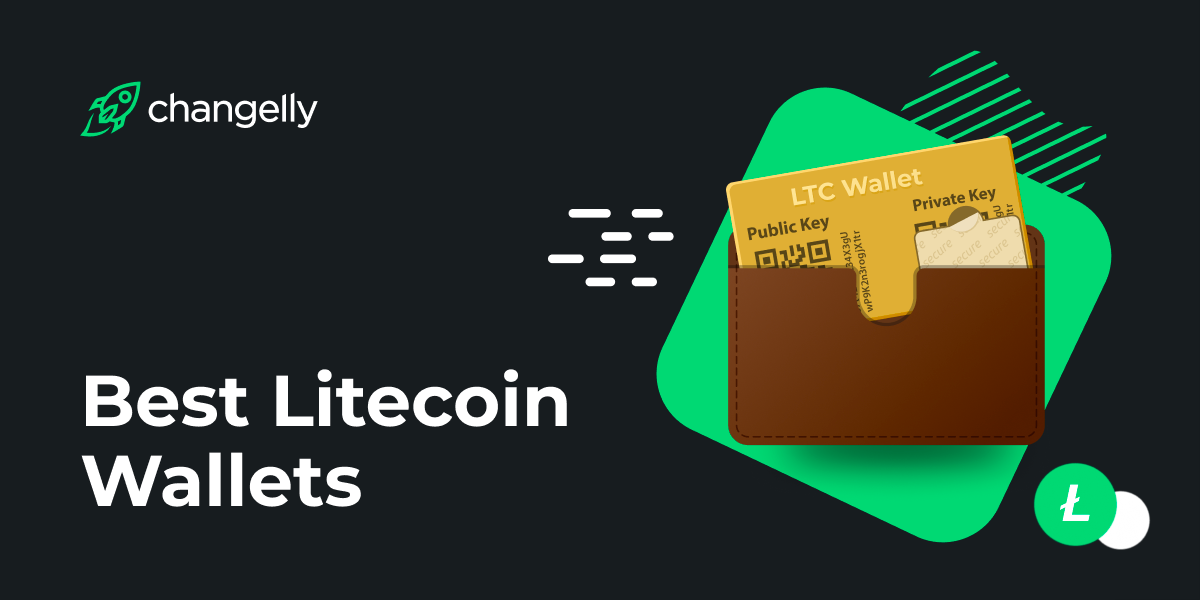 Access to funds stored on a multisig wallet is possible only when two or more signatures are provided simultaneously. A simple analogy is a safe deposit box or safe with two locks and two keys. Alice holds one key, and Bob holds the other. They can open the cell only if they present both keys at the same time. Individually, they cannot open a cell without the approval of the other.

Thus, multisig wallets provide an additional layer of security. With this technology, users can avoid the problems often encountered with single-key wallets that have a single point of failure and are vulnerable to attacks by cybercriminals who are constantly developing new phishing techniques.

Since multisig wallets require more than one signature to move funds, they are also suitable for businesses and corporations looking to store funds in shared wallets.

How to integrate Bitcoin payments into apps?

There are many services that allow you to accept bitcoins and other currencies. A small part of them includes:

When creating an account for a client, it is necessary to generate and monitor a unique address (temporary wallet) for each payment. As soon as the network confirms the payment, the API server transfers bitcoins from the temporary wallet to the specified wallet (your own or corporate, where it will be convenient for you to receive funds).

Each service has its own API, but the algorithm looks approximately the same:

As a result, you get the generated address for receiving payment, the payment code, and the invoice. You use the code in the database to record, sort, or search for payment information. The invoice can be sent to the buyer or used for a payment form.

In this section, we cover the answers to the most common questions about creating and setting up Bitcoin wallets.

Is a Bitcoin wallet free?

Most of the Bitcoin wallets are completely free. However, some developers welcome donations from their users. Hardware wallets are the only costly wallets. However, they are the safest and popular for holding Bitcoins for the long term.

How do I own a Bitcoin?

You can both mine or buy Bitcoin coins. By the way, we’ve already covered the basic questions on what Bitcoin is and how to get some. If you are ready to buy Bitcoin or even a couple of satoshis, Changelly is here to offer you a wide range of possible rates to buy or exchange BTC. Check it out on the widget below:

How much does a Bitcoin wallet cost?

If we are talking about hardware wallets, the price depends. The cheapest option is the KeepKey wallet, which is just $49. The most famous ones are Ledger Nano and Trezor wallets, which cost $119 and $170 respectively.

How do you cash out your Bitcoin wallet?

To do this, you need to use bitcoin wallets that support work with fiat currencies. The best way to withdraw funds is through cryptocurrency exchanges.

Usually, the process takes about 10-15 minutes, sometimes faster. If more time has passed, write to the technical support of the service and find out what is the reason for the delay. It can happen due to the congestion of the cryptocurrency network. In such cases, transactions are confirmed slowly. Or you could have made a mistake in the data when filling out the application. In this case, the cryptocurrency will most likely be irretrievably lost. Therefore, check the details very carefully.

Wallets take commissions for their services. Their value can vary from 1% to 10%, significantly exceeding this value in rare cases. The fees depend on the cryptocurrency that the user withdraws, on its stock at the service, on withdrawal methods, and other factors.