A significant share of Bitcoin trading operations takes place in China. For this reason, the Chinese government’s official standpoint regarding cryptocurrencies affects the entire crypto industry. China draws a strict distinction between cryptocurrencies and blockchain technology. The former is being aggressively prohibited, the latter –  supported and cherished on the state level.

In this article, we’ll dig into the history of the Chinese-Crypto relationships, talk about existing regulations on crypto exchanges and mining, discover the recent changes in China’s attitude to digital currencies, and try to glimpse into the future of the matter.

China And Cryptocurrencies – What Happened?

Chinese people have been known to be passionate gamblers since the invention of mah-jong. So when the nation was introduced to cryptocurrencies, it wasn’t long before the Chinese took a lively interest in them and hijacked the world crypto market, along with the mining industry.

Mining Cryptocurrencies: How to Mine Crypto

For some time, crypto was the new Chinese darling, but then the government interfered, presumably because it felt the power of new digital money and the threat that was about to come with it. What can be more dangerous for a well-controlled centralized economy than a payment method famous for its anonymity, security, decentralization, and unhackable code?

The falling out began in 2013. In December 2013, the People’s Bank of China banned banks and payment companies from working with crypto. In fact, the possibility of exchanging cryptocurrency for fiat ceased to exist. At that time, Bitcoin’s price was peaking at almost $1.200, but after the ban, the price nosedived to $200. BTC managed to reach a new historic high only after a painful and long-lasting price recovery.

On the 1st of April 2014, the Chinese government prohibited banks and other financial institutions from operating crypto accounts under no pretext. In September 2017, China declared ICOs illegal and began the procedure of closing crypto exchanges: from that moment on, they would be branded “illegal fundraising” and downright scams. It triggered another drop in Bitcoin’s price.

Oddly enough, in a matter of months Bitcoin reached a staggering price of $19,783. Similar scenario, different pace of recovery. After the 2013 China Bitcoin ban, the return to its previous value took a couple of years, and in 2017, it took less than two months.

Some say, the rise of the BTC price after the ban happened because China’s public mood has shifted. Chinese people decided to do something directly opposite to the requirements of the state. When cryptocurrencies were officially recognized as a threat, some Chinese citizens might have tried to accumulate more Bitcoins or altcoins in order to guarantee themselves a certain independence from the state.

In the summer of 2019, the People’s Bank of China (PBOC) made a statement claiming that “it would block access to all domestic and foreign cryptocurrency exchanges and ICO websites.” However, some crypto enthusiasts manage to evade the law and use VPN services to buy BTC on such exchanges as Coinmama, Cex.io, BTCC, LocalBitcoins, OKCoin, Huobi, LakeBTC, Bitfinex, etc. (especially the ones based in Hong Kong and Japan).

As of July 2020, Bitcoin and other international decentralized cryptocurrencies are illegal to store and trade for individuals and any corporate entities. They are considered virtual property though, and technically are not completely outlawed.

China systematically criticizes and bans international crypto activities within its borders, but encourages the development of blockchain technology on the state level. For instance, the municipality of Hangzhou, the capital of Zhejiang province, plans to invest 10 billion yuan ($1.5 billion) in one of the world’s biggest blockchain funds.

Blockchain is mentioned in the Chinese state development plan. It appears on the list as an essential line of development, along with quantum computers, artificial intelligence, and autonomous vehicles.

In the first half of 2018, Chinese citizens registered more than 3000 companies with the word “blockchain” in their names. That is six times more than in 2017 and substantially more than 817 companies registered in the US during the same period of time.

In October 2017, Yao Qian, the director of the Digital Currency Research Institute, reminded the crypto community that creating a state-supported digital currency would be the most effective solution for China. That yet again highlighted China’s intention to limit the use of decentralized digital currencies. However, the government did not stop supporting the miners – they continued enjoying cheap electricity.

It became possible due to China’s vast coal reserves, and coal is one of the cheapest sources of energy. Even though powering cities using such a primitive method harms the environment, China proved to be very fond of it. The reduction of raw material transportation expenses further enhanced the profit from mining: it became popular to build mining farms near coal pools.

It is no secret that most of the computing power of the Bitcoin network is concentrated in China. Miners like Antpool, Bitmain, and others receive cheap energy from the government from renewable sources.

According to official sources, about 70% of Bitcoin is generated in China, mainly in rural Inner Mongolia. All of the largest Antpool pools are also located in China. Before the crypto ban, the country accounted for 90% of all sales. Even after traffic has shifted towards Japan and South Korea, China remains one of the largest crypto markets.

In April 2019, China’s National Development and Reform Commission (NDRC) announced its intention to ban Bitcoin mining. The document explaining their decision appeared on the organization’s website.

NDRC representatives reported that they revised the list of industries that were planned to be further encouraged, limited, or eliminated (those lists have been published since 2011). Cryptocurrency mining was moved to the third category of industries.

The official reason was that Bitcoin mining does not comply with applicable laws and regulations, is unsafe, and leads to the waste of resources or environmental pollution.

Despite being strongly opposed to international cryptocurrencies, China announced its own digital coin in 2020. It didn’t come as a surprise to the world crypto community, as the Chinese government had been laying the groundwork for relevant technology for several years. In 2014, the People’s Bank of China created a technical advisory group that consisted of crypto technology specialists. Then in 2017, they established a Digital Currency Research Institute. 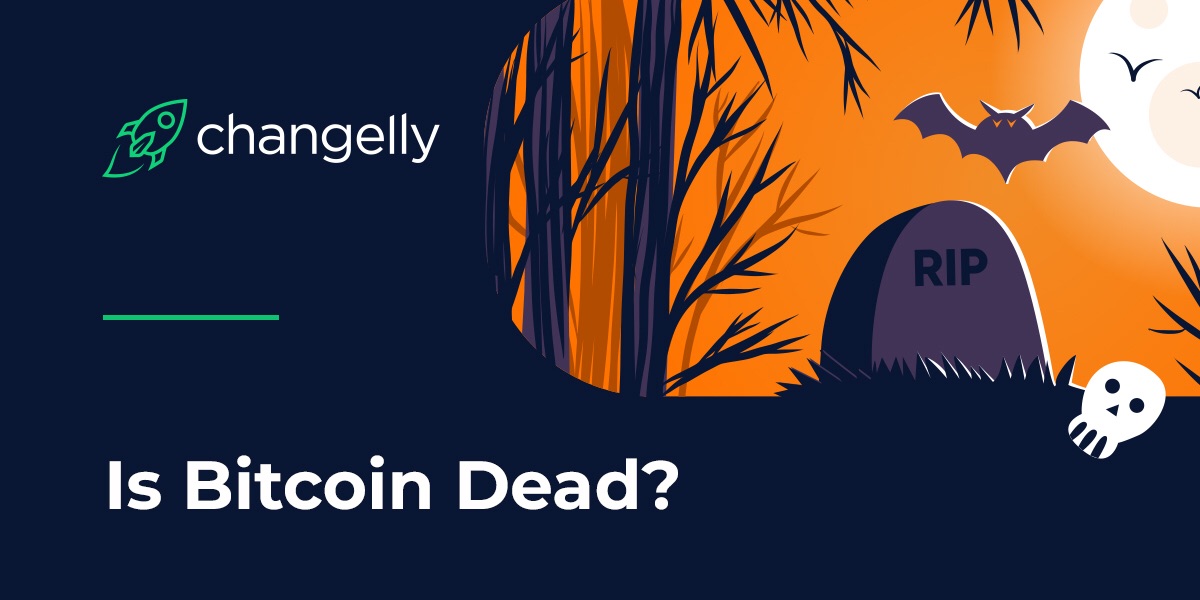 The new Chinese cryptocurrency, Digital Currency Electronic Payment (DCEP for short), entered the pilot testing phase on the 18th of April 2020. DCEP is a centralized digital currency based on blockchain. It had been designed by crypto specialists of the People’s Bank of China, and therefore, is entirely controlled by the state. The primary instigator of this initiative was president Xi Jinping himself, who publicly called up to “take advantage of the new technology such as blockchain.”

What do we know about DCEP at the moment?

Overall, DCEP is good news for the world crypto market and the global economy in general, according to most analysts, and for China itself, of course.

DCEP’s Impact on China and the World

The new cryptocurrency will enable the People’s Bank of China to cut the costs of money emission. DCEP will help commercial banks to keep the costs down as well. It will improve China’s business climate and minimize the risks for foreign investors.

There will be no charge for DCEP transactions (at least, for now), which will help a great deal to transfer money in and out of the country. Looks like common crypto users should be happy about the new crypto Yuan. Although, it is indeed too early to say how DCEP will affect the crypto market in the long run. The new cryptocurrency definitely promotes blockchain technology and draws the crypto world closer to the unaware public.

The year 2020 presented a peculiar challenge to the world economy. Some experts believe that developed countries might follow in the footsteps of China and create their own cryptocurrencies. Particularly, the US parliament has been discussing the possibility of a digital dollar and its potential curative effect on the US economy.

The European Central bank has been toying with the idea of a crypto Euro for a while, too. What an extraordinary time for the international economy! Naturally, it is for our descendants to say if DCEP and other national cryptocurrencies will completely change the global monetary system in the future.

China used to be one of the most active countries in terms of digital currencies, but since 2013 the Chinese government has been banning the majority of crypto-related activities. Most likely, it happened because decentralized and transparent financial ecosystems pose a threat to economic and governmental systems like the Chinese one.

In 2013, the People’s Bank of China banned banks and payment platforms from working with crypto. Four years later, China declared ICOs illegal and started closing crypto exchanges. Mining, on the other hand, stays in the grey area – it is listed as an undesirable activity, but keeps being semi-allowed. Historically, mining has been popular in China because of cheap electricity.

In 2020, China announced its very own digital currency, DCEP, or Digital Currency Electronic Payment. It is a highly centralized currency based on blockchain. DCEP is tied to the Chinese yuan (1:1), and as of July 2020, is still being tested in several regions of China. The public has already seen an app prototype; it is known to have a peculiar “touch and touch” payment method built in.

More and more countries are drawn to the idea of national cryptocurrencies. Crypto analysts and economists believe that DCEP and the Chinese standpoint on cryptocurrencies will change the way the modern economy works and possibly affect the global monetary system in the years to come.