Blog › Crypto Market › Halloween Effect in Crypto: Which Crypto Has the Most Potential for It?

Halloween Effect in Crypto: Which Crypto Has the Most Potential for It? 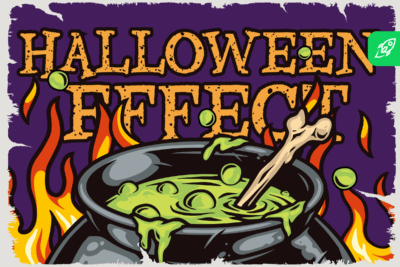 Just like the stock markets, the crypto market is often said to be unpredictable, and there are certain times of the year when this is especially true. One such time is known as the January Effect when market prices tend to experience a surge in value.

Another time when markets can be particularly volatile is around Halloween. This is known as the Halloween Effect. All Hallows’ Eve is just around the corner, and with it comes all sorts of spooky fun. In the spirit of the season, let’s take a look at how Halloween might be affecting the cryptocurrency market!

What Is the Halloween Effect?

Halloween Effect is a market timing strategy that states that stock market indices worldwide tend to rise from the end of October through the end of April and fall from May through the end of September. The Halloween strategy is based on the belief that investors sell stocks in May and buy them back in October, leading to higher prices in the autumn and winter months.

While there is no definitive reason for this pattern, some experts believe that it may be due to the fact that investors are more inclined to take risks in the summer months when they have more free time compared to the busy winter months (November through April). The Halloween Effect has previously been shown to be a real stock market anomaly for many indices around the world, although there is some debate as to whether it still holds true in today’s market.

So, we’ve figured out what the Halloween effect is. However, the question is: is this type of seasonal trading strategy actually useful and thus a chance that should be taken advantage of, or is the Halloween indication more of a trick than a treat? To answer this question, let’s take a look at historical data on the so-called Halloween indicator.

In their study of stock market returns from 37 countries between January 1970 and August 1998, Bouman and Jacobsen discovered the Halloween impact in 36 of the 37 national stock markets (the only exception was New Zealand). The impact was noticeable in many countries, and with an average return of 17.1% from November to April and 6.0% from May to October period, the United States was in the middle of the list.

So, as the data provided above suggests, the Halloween effect and the difference in seasonal stock market returns are the real things. But is it applicable to the crypto market, too?

There is speculation that The Halloween Effect also exists in the crypto world. Let’s try to see it in the example of the largest cryptocurrency – Bitcoin.

In 2015, the bear market ended on Halloween (October 31), and the price of BTC and several other cryptocurrencies skyrocketed between then and May. The bull market in Bitcoin was in full swing during the following Halloween Effect era, which ran from October 31, 2016, to May 1, 2017, and earned investors a 117% return on their assets. Bitcoin reached its all-time high (for the first time) of $20,000 between October 31 and May 1, 2018. It was the sole decline after Halloween from October 2018 to May 2019, with a -12.5% value decline.

The Halloween effect is also linked to buy-and-hold strategy (also known as HODL) – an investment approach that involves buying an asset and holding it for a long period of time, regardless of fluctuations in the market.

While the reason for the rise in demand for Bitcoin and other cryptocurrencies isn’t entirely clear, some experts believe that it may be due to increased activity on darknet markets during this time of year. Whatever the reasons are, it seems that the Halloween effect is real, and it’s something that investors should be aware of. So if you’re thinking of buying into the crypto market, you may want to consider doing so before Halloween as, for example, an experiment.

What Does Halloween Hold for Crypto This Year?

We have already provided you with a selection of spooky cryptocurrencies, and now let’s talk about the coins that are not afraid of scary chatter. Below we have collected several cryptocurrencies that could benefit from the Halloween Effect.

October 31 is not only Halloween but also the birthday of Bitcoin. The giant of the crypto industry will turn 14 years old this year. Over the last three Halloween seasons, Bitcoin’s price increased YoY (year-over-year). But this may not be the case in 2022: the flagship cryptocurrency has been consolidating near the $20,000 mark. Thus, the upward price trend is unlikely to continue this year. However, stranger things happen on Halloween, and the crypto community is still in anticipation of BTC’s miraculous price increase.

Since August 14, the price of Ethereum has been decreasing along a parallel downward channel. Since such patterns typically have corrective moves, Halloween could be the right time for the highly anticipated breakout – for Ethereum, there is a bullish prognosis provided by both technical indicators and price movement analysis. The positive price reversal for this cryptocurrency would be confirmed by a breakout from the parallel channel. ETH price is anticipated to rise during the winter months.

And There Are More

The end of October is historically that time when the bull market begins to gain momentum, but many investors are wondering if crypto, stock, and equity markets will experience it this year. While the Halloween Effect may not be a perfectly efficient market hypothesis, it is definitely something worth keeping an eye on if you are planning on making any investment decisions in the near future.

It’s important to remember that these patterns are not guaranteed. Cryptocurrencies can and do rise in value during October. So if you’re thinking about investing in crypto, don’t be scared — just be careful!

None of the content on Changelly is investment advice, nor is it a replacement for advice from a certified financial planner. And as we always say: before buying any cryptocurrency, don’t forget to do your own research.