What is Augur (REP) Cryptocurrency? 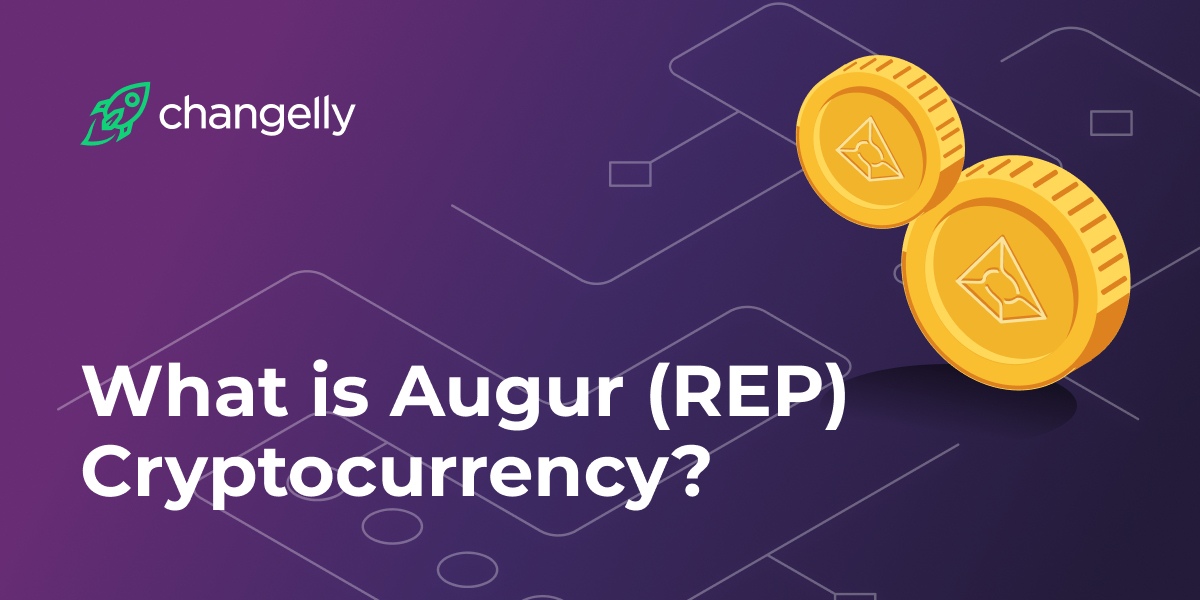 Augur (REP) is a very interesting and promising crypto project that has the opportunity to revolutionize the gambling industry. Augur is a decentralized platform based on the Ethereum blockchain: it allows any network member to make predictions about the outcome of any event in the world (literally, any). In the future, the Augur platform will be widely used in the online gambling industry, in particular, among bookmakers and casinos.

The beginning of Augur’s story dates back to 2011: as a teenager, Joey Krug was interested in betting on races and exchanges and eventually learned about Bitcoin. Even though he has never completed an educational course at a California college, Krug started learning and creating third-party applications involving digital money. Eventually, that led him to the Skype group where he met the future founder of Ethereum Vitalik Buterin and biophysicist David Peterson, who also founded a startup in the field of blockchain technology.

Subsequently, Buterin became the ideological inspiration of the Augur system. This project was developed on the basis of Schellingcoin and Truthcoin projects that solve the “oracle problem” by distributing payments automatically without intermediaries. Draft plans for these protocols were approved by Krug and Peterson, and, most importantly, interested investor Joe Costello who allocated $1 million for this project that he found to be very promising.

The full launch of Augur in 2018 caused a flutter in the crypto community. Its success could be compared with the legendary CryptoKitties game. However, after a stormy breakthrough, the project creators faced wave after wave of criticism: rivals mentioned the uncomfortable software interface, the low cost of tokens and high commission fees. Augur 2.0 should solve some technical problems.

How Does It Work?

The idea of the platform is to bet on events within the Augur network where the margin is several times less than what bookmakers offer, and network control is impossible due to decentralization. The platform will have its own cryptocurrency (ticker REP), and the use of fiat currencies is excluded. That excludes the possibility of any influence by third parties.

The principle of the platform functionality is based on the Ethereum blockchain. It has a lot of advantages. For example, it is almost impossible to disable the service or take it under control, because it does not have the main servers and control centers. Anyone can become a client: you just need to register on the official website of the company, select a forecast from the list and make a bet. If you have not found an event of interest, you can create your own forecasts and make the first bets. Thus, the platform allows everyone to discover the public opinion regarding any event and forecast. This fact has long been appreciated not only by large companies, but also by ordinary users.

Augur’s indisputable advantage is the very principle of the platform. Before you create a forecast, it is possible to study and analyze the opinions of many people. Since voting is connected to financial gains/losses, people approach this task responsibly. Such a forecasting system has shown much greater efficiency than classic social surveys. Participants analyze the issue and bet on the option in which they are sure. In addition, the platform allows you to create any forecasts (weather, sports events, plot turns in TV series, political debates, and so on).

2018 was less successful for the project: the main developers (Krug and Peterson) abandoned it, and the number of active users decreased (back then, the platform was used only by 30 visitors daily). That could not leave Augur token cost unaffected. By December 2018, REP price fell to $5.8. During 2019, Augur price fluctuated from $5 to $24. Today, its cost is $14.

The mining principle of Augur is similar to Ethereum. Coins are mined in several ways, but in strict accordance with the PoW protocol. The following Augur mining methods are available:

You can check Augur mining profitability here. We recommend using advanced mining rigs and ASIC for this task. Otherwise, your electricity bills and equipment costs simply won’t pay off.

Where to Trade Augur Crypto?

You can buy REP coins on most crypto exchanges: this token is listed on all large platforms. The most popular ones include Binance, Bitbns, BX Thailand, ChaoEX, Cryptopia, Ethfinex, Liqui, Livecoin, Radar Relay, Stellarport, BitForex, etc.

Below are the most popular Augur REP crypto pairs on various prominent exchanges:

Also, you can buy Augur REP instantly with a credit card on Changelly. Purchase REP for fiat or other crypto and enjoy simple trading with minimal commission fees.

Augur has already established a good reputation and is in the Top 50 cryptocurrencies in the world with a $156,341,805 market cap (as of 01/18/2020). Augur is a fairly promising coin. It has already been appreciated by ordinary users and large companies alike. The project is being actively promoted and continues to attract new investors.

The depreciation of Augur REP price can only be caused by the actions and policies of its competition, as well as adverse events in the cryptocurrency market or in the global economy. Generally, the coin has a great long-term perspective and therefore deserves to be added to your investment portfolio.