Top Cryptocurrency Scams and Frauds That You Should Be Alert To 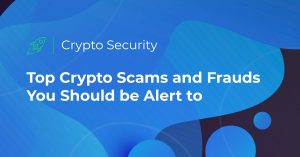 Cryptocurrency has caught the imagination of the world because it promises to deliver a unique experience to users where the currency is not the property of any government and thus not open to intervention and manipulation by political forces. Due to the adoption of blockchain technology, it is also capable of delivering extremely safe and secure currency storage and transfer facility. According to Forbes, the growing confidence in digital currency, especially of millennial online traders, has already spooked governments and banks who have warned that this could be a bubble that would very soon burst. While investors need to be cautious about this, they also need to be alert to the many scams that have already taken a significant toll on user confidence, especially if they are determined to climb on to the cryptocurrency bandwagon for the high ROIs it is fetching. Some of the top scams that have already ripped off unsuspecting investors:

Shady Exchanges That Can Disappear Overnight

Spurred by Bitcoin’s explosive popularity, there has been a big surge in the use of altcoins on various cryptocurrency exchanges which are all vying for your attention and the transaction fees that they can then earn from your business. Regretfully, all the exchanges that spring up overnight and attain great popularity among users don’t always seem to be interested in hanging around. Quite a few exchanges seem to have just disappeared overnight, of course, the cryptocurrencies have vanished with them, too.

A good example is Mt. Gox, which at one point of time accounted for over 70% of the global transactions in Bitcoin. In February 2014, it stopped trading and simply vanished with 850,000 Bitcoins worth $450 million (over $3.5 billion now). If you are really interested in investing in cryptocurrency, you should conduct your due diligence. Also, make it a point to not to store your money on the exchange but to transfer it to an offline wallet every day. When you need to trade, the money can be transferred back very quickly.

There is also an option to exchange your cryptocurrency and eliminating the need to visit crypto exchange at all. This option is to use instant crypto exchange service which is non-custodial, such as Changelly. This type of exchanges do not hold users’ funds, thus the risk to lose your crypto savings drops to zero.

Cryptocurrency startups try to raise substantial amounts of money by creating IPO-like initial coin offerings. While many of them overestimate the value of their enterprise greatly, others are simply disguised pump-and-dump schemes. The Securities and Exchanges Commission (SEC) offers strict warnings to the investors that there could be a lack of current or even accurate information about the coin, press release and other information in the public domain may have questionable authenticity and accuracy. The SEC also warns investors to be alert about insider trading and market manipulation. Unfortunately, despite these alerts, investors tend to be swayed by the typical market hysteria surrounding ICOs and the greed for making huge profits in a relatively short period of time.

Sometimes investors pay for their impatience and ignorance by subscribing to the offers of companies who have announced their offers without getting the technology ready. A prime example of this is The DAO that raised over 434 million to critical acclaim only to fall prey to a hacker who siphoned off close to one-third of their funds by exploiting a software vulnerability. The incident led to the ultimate delisting of DAO from all the major exchanges.

Pump-and-dump schemes are nothing new to the financial markets and have been declared illegal on conventional exchanges, however, in the unregulated market of cryptocurrency, any wild swing in the coin price can appear to be suspicious. While it can be challenging to figure out if the swing is due to the market forces or a scam, knowing how the scam is pulled off can help you not to get involved. Essentially, a group of investors can act in concert to drive up the volume of a particular low-volume coin at an exchange of their choice, typically one of the smaller ones so that they can dictate the price by controlling the availability. The price of the currency is driven up by aggressive selling, and a word-of-mouth campaign helps to draw in unsuspecting investors to drive the prices up further and then the core group exits by selling off their holdings at the inflated price leaving the unwary investors high and dry with coins that have suddenly lost their value substantially.

The scam pulled off by OneCoin, a company based in Mumbai, is an example of how a scam was pulled off by taking advantage of smart presentations and the lack of knowledge of the actual technology among investors. Of course, positive media coverage and the booming cryptocurrency market played their roles in feeding the greed of investors who were duped of $350 million before the perpetrators were caught and sentenced for running a Ponzi scheme. While most people, especially savvy investors, like to think themselves as more than capable of spotting scams, the combination of unfamiliar technology and jargon throws them off their guard and encourages reckless investments in unproven schemes promising high returns. Unlike debt consolidation loans, a cryptocurrency with its base deeply rooted in digital technology like blockchain can serve to puzzle the older generation who might not like to disclose their ignorance.

As recently as August 2017, a cryptocurrency business that used to sell fake coins to investors was shut down by the London police. The scam was perpetrated out of a Central London office set up to lend credence by a man who used to cold-call potential investors to purchase cryptocurrencies that were, unfortunately, non-existent. It was reported as more than £150,000 were scammed from nine victims. Remember, real investment opportunities do not come your way from unsolicited telephone calls or email. If you are asked to invest, note down all the details and report it to the SEC as potential fraud. Social media represents a growing threat; phishing social media accounts of prominent cryptocurrency companies are set up by fraudsters and they contact individuals for investment or by coins at a hefty discount.

If investment in cryptocurrency seems too dangerous, you need to keep in mind that any new technology that promises high returns will invariably attract the unscrupulous. Thorough research, lots of common sense, and tempered greed will help you to make decisions that are sound and provide a base for increasing your returns.

This article was prepared specially for Changelly blog by the guest author – Marina Thomas. Marina is a marketing and communication expert. She also serves as a content developer with many years of experience. Marina helps clients in long-term wealth plans. She has previously covered an extensive range of topics in her posts, including Money Saving, Budgeting, Cryptocurrency, Business debt consolidation, Business, and Start-ups. 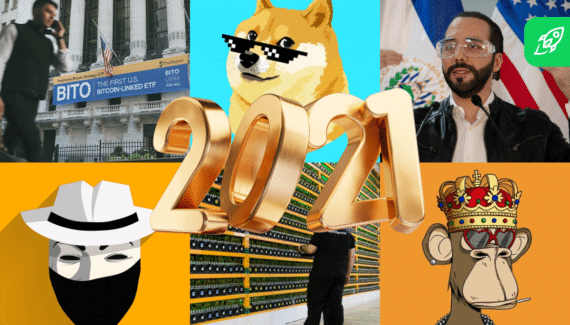 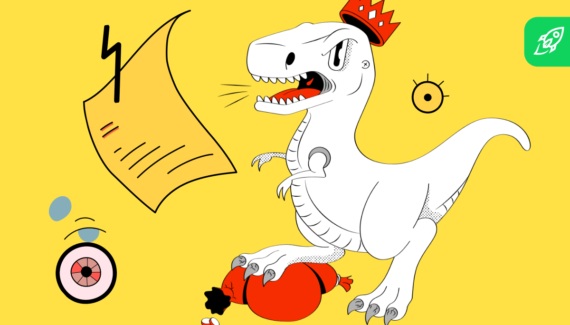 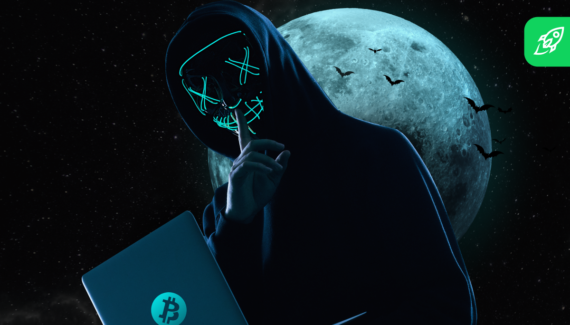 Cryptojacking – What Is It? 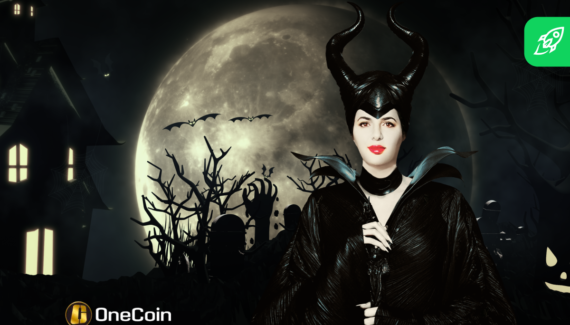 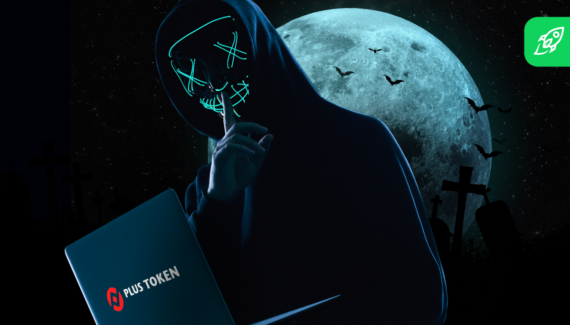 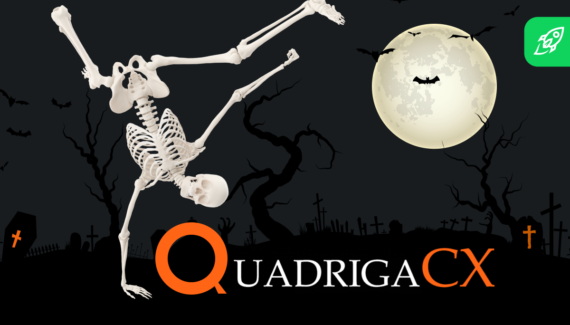 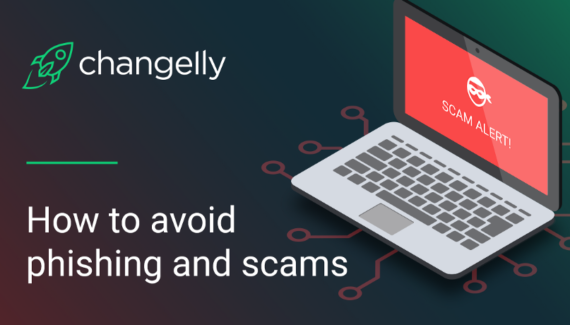 Thanks for this story. Just this year alone, so many scams of different things have come along and now more than ever, I’m makin’ my due diligence more than ever now. Thanks Changelly for keeping the consumer in mind. You’re the best!

Thanks a lot for your feedback, it is priceless. We’re doing our best to deliver high-quality content for all Changelly users. Best swaps!