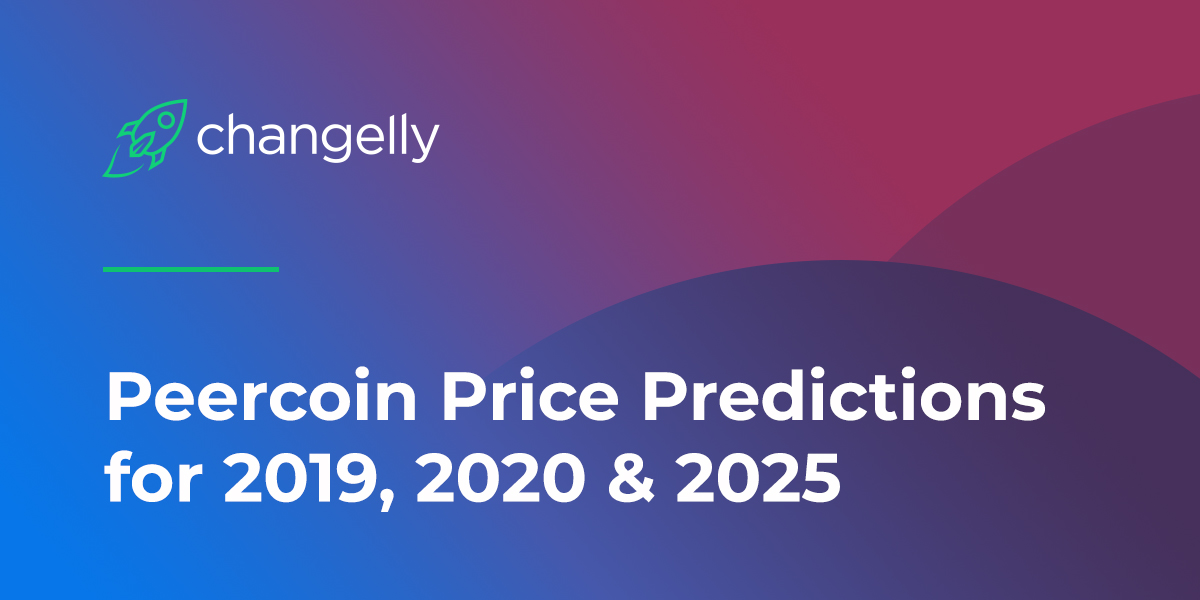 Peercoin (PPC) is the first hybrid PoW/PoS coin created by Sunny King. The creator of Peercoin was inspired by Bitcoin, so these two cryptocurrencies have a lot in common with the technical side. Proof of Stake (POS) was introduced to maintain the power and cost-effectiveness of the network.

The coin has a bright history. Created in 2012, it has experienced many ups and downs. Seven years later, the coin is not so popular but still developing. What are the perspectives of the Peercoin? Find out in the Peercoin (PPC) Price Forecast for 2020 and 2025 by Changelly!

Peercoin is a Blockchain-based platform. It is designed to send and receive payments quickly. The main task of the developers was to create a decentralized payment system that will ensure high anonymity and security. The Peercoin cryptocurrency operating in the platform is very similar to Bitcoin since it shares most of the source code and technical implementation with it. At the same time, PPC has several essential features.

Peercoin cryptocurrency was launched back in 2012 and at one time was one of the three digital currencies by capitalization. However, over time, new cryptocurrencies appeared, and PPC is now at the 368th place.

Peercoin cryptocurrency, according to the developers, was supposed to be a kind of Bitcoin upgrade, which was ultimately expressed in improving the electronic payment system. Most cryptosystems, including Bitcoin, work on the principle of PoW – proof-of-work. At the heart of PPC, there is an additional mechanism called PoS, proof-of-stake. Due to it, a significant increase in the level of security is ensured. In addition, the costs associated with the energy resource when generating new virtual coins are reduced.

The relatively low level of popularity of PPC is both an advantage and a disadvantage of this virtual currency, as there can be two scenarios. The low turnover of these virtual coins can lead to the rise of Peercoin, and this prospect cannot but rejoice. However, there is a second option, utterly devoid of optimism. It is assumed that such a situation can lead to the disappearance of this cryptocurrency.

Initially, the coin was worth 40 cents for 1 Peercoin, but in 2013 the mark reached $7, which was never worth more, which allowed investors who bought currency in the first stage to earn a significant amount. Then all of 2014, the coin rate went into decline, and in 2015, it again became 40 cents.

Well, there is not actually any technical analysis expertise of PPC cryptocurrency. However, here is the aggregate rating for PPC from several traders & analysts on TradingView.

Peercoin can be considered a worthy representative of the cryptographic currency. The likelihood of his revival is quite high, according to forecasts of professional analysts. This requires the active promotion of currency in exchanges. Peercoin decentralized governing and voting models allow the project to support the technological growth and be independent of the founders.

The decline in interest in this currency may be a temporary phenomenon, and it is just worth taking advantage of. Now, let’s go into the Peercoin price forecast for the next few years.

This year, the rate won’t change a lot. One PPC will worth $0.429. The price will grow gradually as it follows:

Buy PPC at Changelly with USD, EURO or GBP