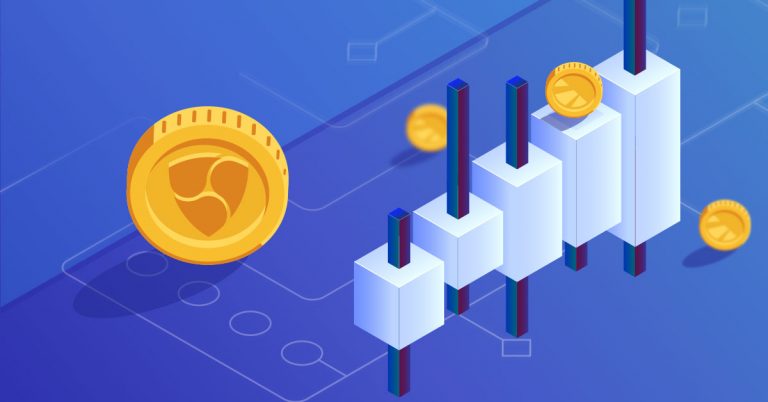 NEM is a peer-to-peer cryptocurrency platform. It is written in Java and JavaScript and uses 100% original code. NEM introduces the model for wide distribution and adds new functional features to the blockchain technology using the Proof-of-Importance algorithm. NEM also offers an integrated peer-to-peer encrypted messaging system, multi-signature accounts, and the Eigentrust++ reputation system.

In 2016, NEM jumped in price and became one of the largest cryptocurrencies by market capitalization. While the blockchain industry was fighting the DAO, several Japanese banks agreed with NEM to create a payment infrastructure on the blockchain. What to expect from Nem cryptocurrency? Find out the Nem (XEM) forecast for 2020-2025 with Changelly!

NEM digital money was actively developed in 2016. The distinctive features on which development priority is placed are the following factors:

The NEM algorithm is written from scratch and is based on open source. The cryptocurrency belongs to the second generation of digital money and uses Javascript as a programming language. The algorithm uses the original protocol, which ensures fairness in the distribution of commission coins.

The original innovation of NEM developers is two technologies:

Both technologies work in close interconnection with each other. Eigentrust forms a reputation system that identifies the most valuable and reliable nodes and eliminates dubious and malicious ones. This technology supports the stability and security of the NEM blockchain.

Since appearing on the stock exchange, NEM cryptocurrency has shown excellent results. Despite the long correction, there is a growing trend, and the issue of the potential for development and investment prospects becomes relevant.

NEM cryptocurrency activity is limited so far by the Japanese market. Experts predict a significant increase in value with the advent of digital money among users in the Asian region. A trend towards price growth will also mark the further promotion of cryptocurrency.

NEM developers are actively collaborating with the COMSA platform. Thanks to this, the source code is protected by Mijin technology. Partnership with the platform owned by Japan’s largest exchange Zaif ensures the presence of NEM in the market.

This factor also determines the investment interest in cryptocurrency. An original approach to distribution, a reputation system for building network reliability, as well as free access. All this provides the potential for further development and growth.

At the same time, developers do not encourage the accumulation system. The guideline is to ensure that cryptocurrency is actively used in the field of sale of goods and services. However, this does not prevent a large investor from buying coins for the long term and closely following the news on the NEM project.

If we compare NEM with Bitcoin and see the dynamics of changes in the value of XEM and BTC against the US dollar, we get the following picture: in 2017, the XEM rate increased by 258 times, and the BTC rate – by 14.

The graph of the NEM rate in 2019 clearly demonstrates dependence of cryptocurrency on the general state of the market: at the beginning of the year, against the general rise, there was an active increase in the XEM exchange rate, followed by periods of correction and downward dynamics of the exchange rate of almost all cryptocurrencies, including representatives of the TOP-10, which naturally affected the value of NEM.

The main reasons for the fall in the NEM rate in 2019, experts believe:

Thus, the NEM analytical forecast for 2019 can mainly be affected by:

After adding the NEM cryptocurrency to the listing of the top Binance exchange, its rate instantly jumped 18%.

The news that the president of the NEM Foundation resigned harmed on the cost of XEM. Moreover, hacking on Coincheck exchange and the theft of NEM for $530 million could not but affect the exchange rate and its reputation.

Well, there is not actually any technical analysis expertise of Decred (DCR). However, here is the aggregate rating for DCR from several traders & analysts on TradingView.

Technical Analysis for XEMUSD by TradingView

According to experts, the investment attractiveness of NEM lies precisely in its unique characteristics, which allow it to be better and more effective than many famous competitors. This directly affects the interest in the project from private users and commercial organizations, increases the demand and, accordingly, the cost of tokens.

Back in 2017, Jameson Lopp, IE of Casa, posted a controversial tweet. He claimed that Nem is a very skeptical cryptocurrency. 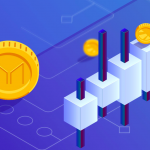 As we can see, there is continuous interest in the company and cryptocurrency. The popularity and relevance of a particular crypto coin directly depend on the information background that is formed around it. If there is a rise in the development of the project, new deals are made, new regions are developed, a coin appears on well-known exchanges, this positively affects the exchange rate and the volume of its trading.

Reddit users claim that the market is very volatile and nobody can have any idea how much will Nem (XEM) cost.

Tone Vays, analyst and content creator, tweeted that Nem cryptocurrency is a scam and he doesn’t believe in the future of XEM.

One of the interesting facts is that famous John McAfee didn’t give any comments on such an old cryptocurrency.

Now NEM is developing. Obviously, the best solutions will appear soon. But we must pay tribute to the developers because they are very stubbornly developing and improving their product, introducing new technologies into it.

Many experts insist that NEM is a technically advanced system. They say that now is the time to buy NEM for the long term. The cost of cryptocurrency has fallen very much under the influence of a heavy market. Any crypto investor knows that it is best to enter the low price currency.

Buy XEM at Changelly with USD, EURO or GBP