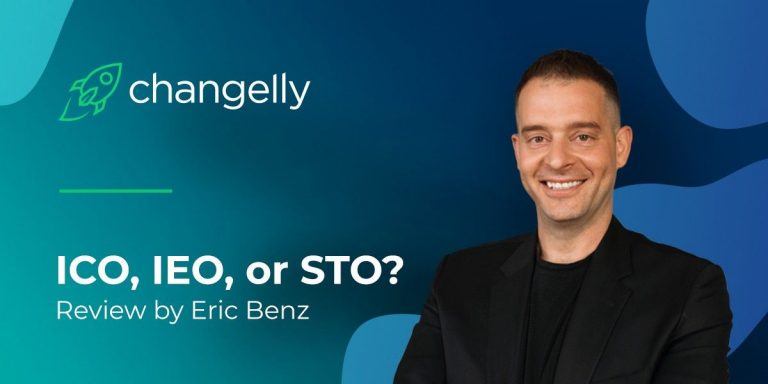 Initial Coin Offerings, or ICOs, flooded the cryptocurrency market back in 2017. Thousands of projects presented their ideas and issued tokens in order to take a bigger piece of the giant crypto cake. At first glance, ICOs represented an innovative way of fundraising for crypto entrepreneurs willing to run their blockchain-based startups. However, starting in 2018, the once-popular form of fundraising brought a lot of disappointment to its respective investors. The lack of control led to the emergence of dozens of fraudulent projects. Thus, flooding the market with thousands of sh*tcoins. The ICO bubble started deflating rapidly. Specialists predicted the end of ICO as a reliable way of fundraising, which wasn’t surprising. The market collapse caused investors to lose interest in small and new projects, therefore nearly putting an end to ICOs.

According to data from the research site TokenData, Initial Coin Offering (ICO) projects raised $118 million earlier this year, which is 58 times less than the same period in 2018, when they raised a whopping $6.9 billion.

To restore investors’ trust in the cryptocurrency market, in the year 2019, two new models of token placement were born, namely: IEO and STO.

In this overview, Changelly’s CEO, Eric Benz, a veteran with over 10 years of experience in the Financial Technology Sector will discuss the main features of IEOs and STOs. This discussion will then help indicate the potential of these models of token placement.

“What does a crypto entrepreneur need to launch an ICO? One needs to form a clear and profitable idea, prepare a broad roadmap, and assemble a team of specialists who can implement the idea and help it come to fruition. That’s all. No need to knock on the doors of business incubators, or request regulators’ permission to run a new business. ICOs in its true, perverted view is an ideal bridge between modern IT startups and its audience willing to invest in an innovative product which has no ties to the “centralized” world.”

So, the credibility of the ICO model expired quite quickly. However, contrary to legal uncertainty, token sales have risen from the ashes. The name of this Phoenix is the Initial Exchange Offering (IEO).

Initial Exchange Offering: The Guarantee of What?

Initial Exchange Offering (IEO) is a type of token sale which is provided by the cryptocurrency exchange. An IEO is controlled and managed by the exchange on behalf of the startup. Its aim is fundraising. – BitcoinWiki

Issuers: Regarding issuers, the crypto exchange conducts a full audit and assessment of the company, thereby bearing reputational risks. Token issuers (developers) pay a listing fee to the exchange along with the percentage of tokens sold during the IEO.

Investors: When taking part in an IEO, investors don’t communicate directly with token issuers. They conclude an agreement with a crypto exchange, based on a level of conditions which may vary from one IEO case to another. For example, it may contain restrictions on the number of tokens distributed in one hand. Also, the IEO model doesn’t use smart contracts for sending funds (as is done during ICOs). Instead, the investor has to create an account on the exchange and redeem it. All transactions go directly through the exchange, which checks both the issuers and investors.

In other words, the crypto exchange itself plays the role of a ‘regulator’. In theory, the IEO model looks much more convincing for investors, since crypto exchanges filter out failed startups.

Being introduced at the start of 2019, investors positively accepted this new investment model, and issuers resumed their development of startups. Nevertheless, the IEO model is not all sunshine and rainbows. There are always two sides to the coin.

“The IEO model looks more legitimate than its ICO sibling. However, both ICOs and IEOs do not give investors any guarantee that their token price will skyrocket. The viability of the project and its potential is one thing. But even having collected enough funds at the stage of ICO or IEO, the project should develop on its own and develop its own sticky community in the meanwhile. Faith alone is just not enough, after all, it is a business. And as in any business, money talks.”

Fair enough. Although, with ICO investors, one can hardly analyze the product before investing, and when speaking of IEOs, we deal with a startup with no guarantees of its further success. Almost all startups entering into an IEO are in their infancy and, in theory, the IEO itself is needed to continue the project’s development. In practice, nothing prevents developers from freezing the project once the IEO is finished, after which the token price will decrease. A similar situation was observed in the ICO model many times. So, even with the appearance of the IEO model, investors didn’t get protection from losing their investment. Nonetheless, while crypto exchanges took the leading role during token sales, they still have no liability in case the project shuts down right after the IEO.

ICOs and IEOs do not respectively fall under any regulations, while STOs do. Security Tokens are digital assets, which are subject to federal securities laws. Unlike the first two token types, Security Tokens certify property, and give the token owners the right to implement investment goals as a percentage of profits, or any other kinds of dividends. The investors’ rights get recorded through smart contracts, and tokens can be traded on various exchanges. Practically, the name of these tokens speaks for themselves. To date, this is the most secure type of crypto investment. “With regard to legislation, the STO model causes much fewer questions than ICOs or IEOs. However, any level of risk imposes more responsibilities on the issuers themselves. As for investors, participating in STOs requires much more liquidity to invest, plus a level of accreditation. Moreover, when investing in STOs, one can forget about anonymity – the major thing which gives blockchain technology that edge over others.”﻿

Sad, but true. To comply with legal requirements, the security token issuer must invest a lot of time and money (very similar to an IPO). Also, if in the case of an IPO (initial public offering model used in the stock market), these costs can be recouped, and the cryptocurrency market turnover would not be that significant.

The lack of anonymity is another big problem that concerns both investors and issuers. Even if the startup conducts a private token sale where investors don’t need to verify themselves, the issuer will not stay anonymous for the respective regulators.

Finally, the amount of investors who can take part in STOs is highly limited. Since Security Token Offerings must comply with the SEC (The United States Securities and Exchange Commission) requirements, and only qualified (accredited) and profitable investors can participate.

The cryptocurrency market is still in its initial stages of development. None of the listed token placement models provide guarantees of further income. While trying to adjust the crypto industry to the common rules of “the world of traditional finances,” we miss the very essence of blockchain technology. However, if there is no control at all, the cryptocurrency market may turn into a giant hot pot of chaos.

“The first rule we all should remember is that any investment requires a thorough preliminary analysis. I’m fairly certain that if those crypto startups continue following their roadmap, and keep buckled in until the era of cryptocurrency mass adoption, they can truly make their investors extremely wealthy!”﻿