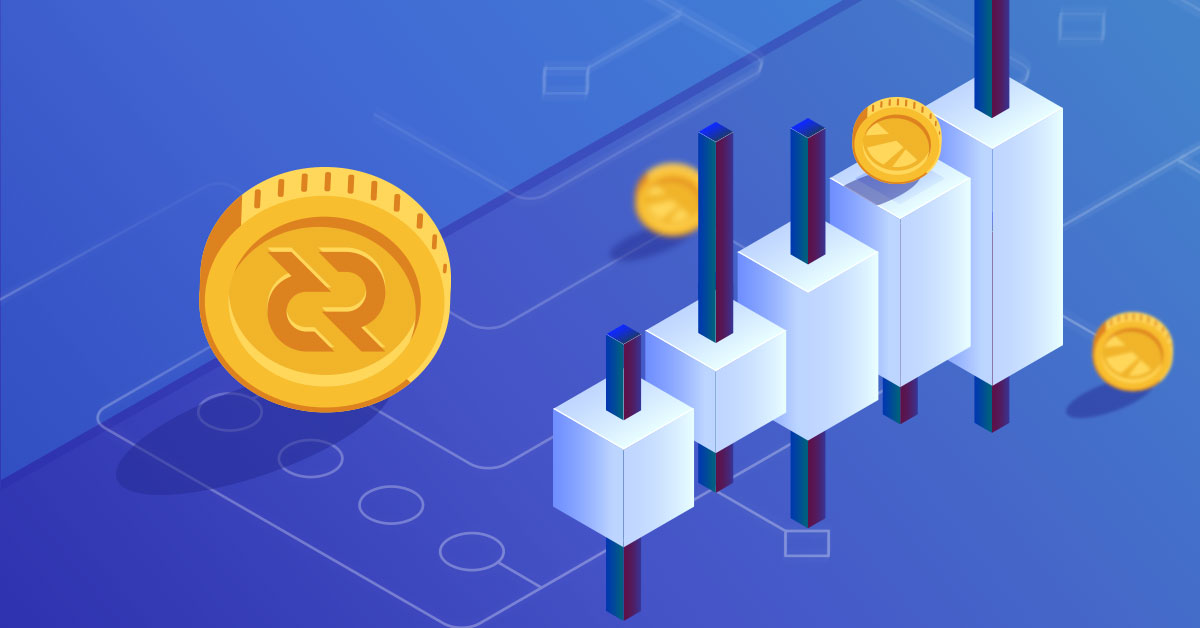 Decred (DCR) is a completely open and self-financing crypto project, which was launched on December 15, 2015. Its control system was created on the basis of blockchain. Experts say that this is a hybrid of two principles, PoW/PoS. Thus, the consensus is reached between miners and voters. This project was created with the idea of full and open participation of all comers. This is a cryptocurrency chip and the creators focus on this particular component before the ICO.

Decred places the main emphasis on joint autonomous control based on voting and minimizing hard forks, as well as higher network decentralization, simpler mining on video cards and faster cheaper transactions compared to bitcoin. There is also support for atomic transactions between DCR, BTC, and LTC.

The coin is called the new advanced Bitcoin. Is it? And what awaits the coin in the near future? Everything in our new DCR price forecast for 2020-2025 by Changelly!

Decred is community-driven much more than other similar projects. And with the introduction of the Politeia update, the project has no guidance at all in the traditional sense of the word.

Since its founding in 2016, the Decred project has achieved a lot. In the second quarter of 2017, the development team created blockchain-based timestamps; in the third quarter of the same year, it made atomic swaps with Bitcoin and Litecoin, and in October 2018 launched Politeia.

The following goals in the roadmap include:

When the Decred cryptocurrency was launched, it was pre-mine, a one-time issue of a certain number of coins. The output amounted to 1.68 million DCR, which amounted to 8% of the maximum possible emission of 21 million DCR. The coins received were distributed as follows:

Initial funding was provided by honest investors and Company Zero. The cost of the project amounted to 0.3 million USD, half of the amount is the salary of programmers, and another half is operating expenses.

During the pre-mine, all coins were given as payment or were sold at a price of 0.49 USD. Accordingly, the developers did not receive free coins and for them, there is a restriction on the sale of coins for one year. For Company Zero, this restriction is two years.

The AirDrop program was carried out until the beginning of 2016. To participate, it was necessary to apply. Under this program, 4% of DCR coins of the total issue were distributed. Participants underwent a rigorous selection process and not everyone was able to participate.

In the past 24 hours, the crypto has increased by $1.74 in its current value.

Decred is facing a hard time getting on board with other crypto coins. DCR has fallen by almost 0.32% in the last 7 days. With concerns about the associated risks intensifying in the past few days, we don’t think the coin would be a profitable asset in the short term, even though it might have strong fundamentals.

During the last month, the price of DCR has increased by 27.15%, adding a colossal average amount of $6.44 to its current value. This sudden growth means that the coin can become a solid asset now if it continues to grow.

According to the technical analysis of Decred prices expected in 2023, the minimum cost of Decred will be $32.78. The maximum level that the DCR price can reach is $40.65. The average trading price is expected around $33.98.

Cryptocurrency experts are ready to announce their forecast for the DCR price in February 2023. The minimum trading cost might be $24.34, while the maximum might reach $27.00 during this month. On average, it is expected that the value of Decred might be around $25.54.

DCR Price Forecast for May 2023

Market experts expect that in September 2023, the Decred value will not drop below a minimum of $29.84. The maximum peak expected this month is $35.89. The estimated average trading value will be at the level of $30.79.

Cryptocurrency experts have carefully analyzed the range of DCR prices throughout 2022. For October 2023, their forecast is the following: the maximum trading value of Decred will be around $37.43, with a possibility of dropping to a minimum of $30.53. In October 2023, the average cost will be $31.72.

Based on the price fluctuations of Decred at the beginning of 2022, crypto experts expect the average DCR rate of $32.67 in November 2023. Its minimum and maximum prices can be expected at $31.48 and at $39.02, respectively.

Cryptocurrency experts are ready to announce their forecast for the DCR price in December 2023. The minimum trading cost might be $32.78, while the maximum might reach $40.65 during this month. On average, it is expected that the value of Decred might be around $33.98.

Based on the technical analysis by cryptocurrency experts regarding the prices of Decred, in 2025, DCR is expected to have the following minimum and maximum prices: about $71.38 and $81.70, respectively. The average expected trading cost is $73.83.

The experts in the field of cryptocurrency have analyzed the prices of Decred and their fluctuations during the previous years. It is assumed that in 2026, the minimum DCR price might drop to $101.51, while its maximum can reach $124.29. On average, the trading cost will be around $105.21.

Crypto experts are constantly analyzing the fluctuations of Decred. Based on their predictions, the estimated average DCR price will be around $213.64. It might drop to a minimum of $207.70, but it still might reach $254.20 throughout 2028.

Every year, cryptocurrency experts prepare forecasts for the price of Decred. It is estimated that DCR will be traded between $308.91 and $357.88 in 2029. Its average cost is expected at around $319.59 during the year.

Cryptocurrency analysts are ready to announce their estimations of the Decred’s price. The year 2030 will be determined by the maximum DCR price of $536.33. However, its rate might drop to around $448.40. So, the expected average trading price is $464.37.

Cryptocurrency analysts are ready to announce their estimations of the Decred’s price. The year 2032 will be determined by the maximum DCR price of $1,157.16. However, its rate might drop to around $956.12. So, the expected average trading price is $989.86.

Buy DCR at Changelly with USD, EURO or GBP

Is Decred a good investment?

The forecast for Decred price is quite positive. It is expected that DCR price might meet a bull trend in the nearest future. We kindly remind you to always do your own research before investing in any asset.

It seems that the average price of Decred might reach {AveragePrice2022} in the end of the year. In five-year plan perspective, the cryptocurrency could probably rise up to $147.31. Due to price fluctuations on the market, please always do your research before invest money in any project, network, asset, etc.

Decred network is developing rapidly. DCR price forecast for 2025 is rather positive. The DCR average price is expected to reach minimum and maximum prices of $70.55 and $83.88 respectively.

DCR is provided with suitable environment to reach new heights in terms of price. DCR price prediction is quite positive. Business analysts predict that DCR might reach the maximum price of $523.92 by 2030. Please take into account that none of the data provided above is neither fundamental analysis nor investment advice. None of the information provided is