Tokenization of Everything: Changelly Talks Crypto with Neblio 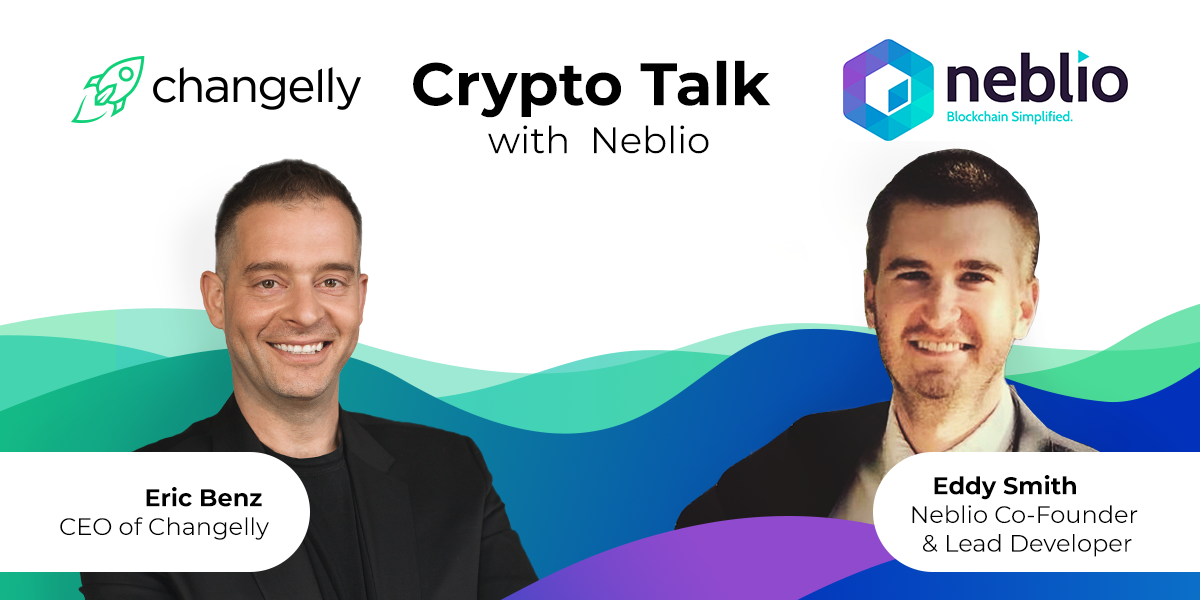 Recently Changelly has partnered with Neblio, an open-source, decentralized and secure blockchain platform. As a result of this collaboration, Nebl, the native cryptocurrency of the Neblio blockchain, is now available for instant crypto exchanges through the Changelly platform. Changelly CEO, Eric Benz met Eddy Smith, Neblio co-founder and lead developer While having a conversation with Eddy, Eric tried to get the juiciest insights about the Neblio plans on the network further development, and unveil the concept of “tokenization everything”.

Hello, Eddy, and welcome to the “Crypto Talks on Changelly”! Neblio blockchain project is of a unique nature as its aim is making blockchain development easily accessible. What was the main goal of the project on the initial steps of its development? Has it met transformations over time?

Neblio’s goal is and always has been to simplify blockchain for businesses and developers. Everything we build is designed with simplicity-first in mind. We will never invent a new language that developers must learn, nor limit developers to a single language, instead Neblio supports 8 of today’s most popular programming languages to give developers choice and to allow businesses to use existing developers on staff for blockchain projects without additional training.

Could you, please, tell us a bit about the structure and logic of the NEBL.io blockchain? Of special interest is the tokenization of both physical and digital assets through Neblio Token Protocol-1 (NTP1).

Both Neblio and NTP1 on very unique in that we offer an extremely easy way to create tokens, as well as a way to describe those tokens via on-chain metadata. This means that tokens can be created that represent everything from physical goods, such as a shipping container in a supply chain dApp, to digital items such as in-game characters, items or powerups in a video game that could be bought and sold outside of the video game. NTP1 tokens can be Fungible or Non-Fungible, depending on the use case. All of this can be done very easily with as little as 2 clicks by end-users interested in blockchain tokens, or just a few API calls by developers.

Could you please decrypt the RESTful API SDKs underlying technology? Which programming languages is it suitable for?

Neblio’s RESTful API SDKs are available in the 8 most popular programming languages, opening the door to the Neblio ecosystem to tens of millions of software developers. These SDKs are available in JavaScript, Java, Python, PHP, Ruby, Go, Objective-C, & C# and allow developers to perform actions from issuing new NTP1 tokens, to adding or updating metadata on tokens, to querying the blockchain for information and much more. Everything needed for even a beginning developer to integrate blockchain into their application is available and extremely easy to use.

So, NEBLio blockchain uses the POS distributed consensus algorithm, which allows rewarding NEBL coin holders.  There is a peculiar Proof-of-Stake consensus model that provides staking coins without even noticing the CPU power usage by a wallet application. Can you try to explain how the magic happens in simple terms?

Neblio uses Proof-of-Stake consensus to distribute block generation and governance to all users running a Neblio wallet or node. This means that virtually all Neblio users are participating in network governance and security simply by leaving their Neblio wallet open and staking on their computer. This process, known as ‘Staking’, validates all transactions on the network, and tries to generate new blockchain blocks from new transactions on the network. This procedure is very CPU efficient and can even run on small computers like a Raspberry Pi. When users successfully stake the next block in the blockchain, they are rewarded with newly generated NEBL in exchange for their work to secure and govern the network. This method of consensus creates a truly distributed network with thousands of users participating in the network consensus, instead of only a few centralized validating nodes.

To start staking coins, one will need to leave his core desktop wallet open and connected to the network. How do you provide security so that users could remain calm about their crypto savings?

Proper computer security practices are always recommended when dealing with cryptocurrencies, however Neblio adds a few additional layers of security for users. First, we recommend all users encrypt their wallet with a strong password. This encryption makes it impossible for anyone to steal the NEBL or Tokens in your wallet without the password, even if the wallet files are stolen. Secondly, by default the Neblio wallet requires the encryption password for all outgoing transactions, even if the wallet is open and staking, making theft more difficult if your computer is stolen or compromised.

Is there any minimum amount of coins required to start staking? Thus, getting access to governing, operating, and securing the Neblio network.

There is no minimum amount required to begin staking. New users can start with as little as 5 NEBL and start contributing to the governance and security of the Neblio network by setting up a wallet on their computer. Their computer will become one of the thousands of nodes operating the Neblio network, validating transactions and generating new blocks, and they will earn NEBL rewards for doing so.

Aside from staking coins, what options do users have for the cold storage of their NEBL savings?

Users that wish to store their NEBl and NTP1 Tokens in an offline, cold wallet have several options with Neblio. The easiest is the Neblio Orion web wallet (https://orion.nebl.io). With Orion, users are given a 12 word seed phrase that acts as a backup of their wallet. This seed phrase should be written down and stored in a safe place offline after the wallet is deleted from the user’s browser. Users can then restore the wallet on any computer or phone at any time by simply visiting https://orion.nebl.io and using the seed phrase. A similar approach can be done with the Neblio Electrum Desktop wallet (https://nebl.io/wallets). Lastly, users that do not wish to stake could store their wallet.dat file from the Neblio Core wallets in a safe and secure location, offline.

Now, let’s focus on the current market situation. The beginning of 2019 restored hope to the global crypto community. Now when the situation is more or less stabilized can you share your thoughts regarding the industry further development? What events and factors can affect it from both positive and negative perspectives?

In recent years we saw tons scams in the blockchain space with no engineers on staff simply tweeting wild promises to generate hype and interest in their worthless tokens. I think much of the correction in 2018 was caused by users realizing many of the projects in the space had no real development. Unfortunately, hype-based bubbles like this tarnish the reputation of the entire industry and lead to steep market corrections. On the other hand, 2019 has been much more positive. Many of scam and cash grab projects have folded, while steady development from reputable players in the industry has moved us closer to widespread adoption of blockchain in our everyday lives. As an industry we must continue to focus on the real use cases blockchain can solve, continue building towards those use cases, and be responsible in the promises we make around which problems in society our technology can solve.

The fundament of blockchain and crypto lies in decentralization. However, many centralized regulation institutions counter the growing range of issuing cryptocurrencies, especially when it comes to global corporations. Do you consider this as legitimate security measures, or as unfounded attempts to restrict the freedom of blockchain technology and crypto-holders?

Regulations must protect users while fostering innovation at the companies developing technology. Regulation that removes scams and leaves only reputable players in the industry is certainly positive and improves the industry’s reputation. However regulations that stifle blockchain growth and development will only delay innovation and adoption. 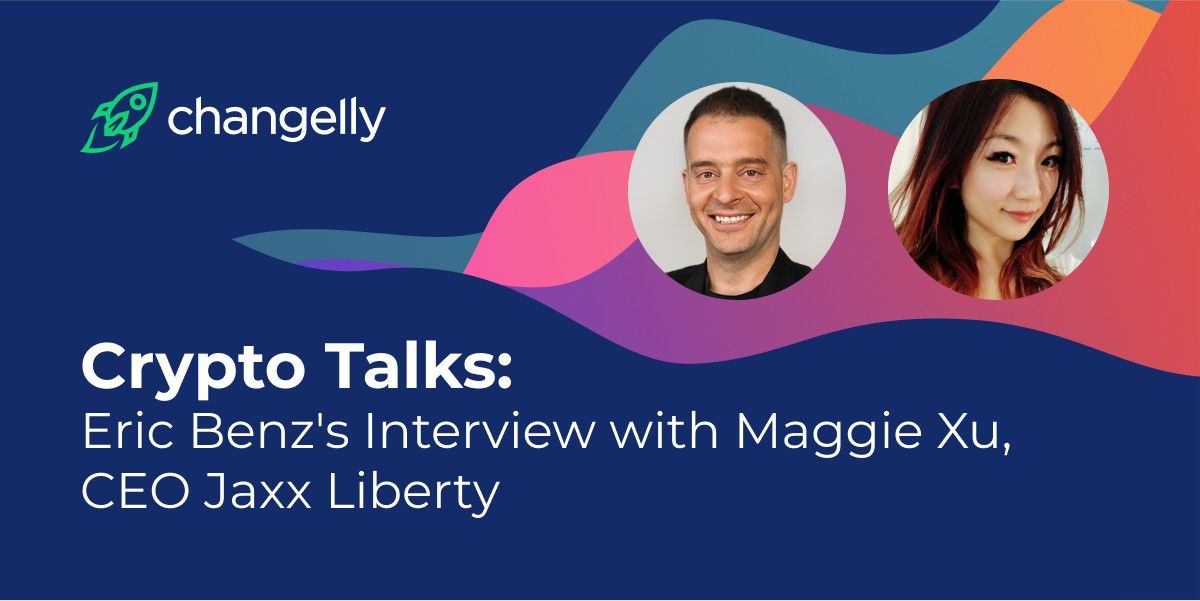 Could you, please, speculate a bit about the Neblio ecosystem further development?

I would point all interested in Neblio’s development to our public roadmap at https://nebl.io/roadmap I can also say we have many surprise unannounced features being developed internally that are not present on the roadmap, so stay tuned!

What do you think the Bitcoin’s price band might be in a couple of years?

Bitcoin is extremely volatile and moves quickly. In the next several years I think we could see everything from $5,000 BTC to $100,000 BTC, but I am definitely NOT a trader so take my predictions with a grain of salt!

What key points will affect crypto projects’ growth in a couple of years? How to apply the technology to make the best out of it?

Development vs Hype: The higher the ratio of real development vs hype will determine how stable the growth of our industry will be over the coming years. The more hype, the more boom and bust cycles we will have, while with more development, we will see more stable and steady growth. #BUIDL!

Thanks for having me!

Subscribe to Changelly blog to be alwats in touch with the latest crypto news. Have a nice swap!