Blog › Academy › How to choose a wallet › Crypto Wallets for Storing Multiple Cryptocurrencies, Top 10 Wallets in 2021 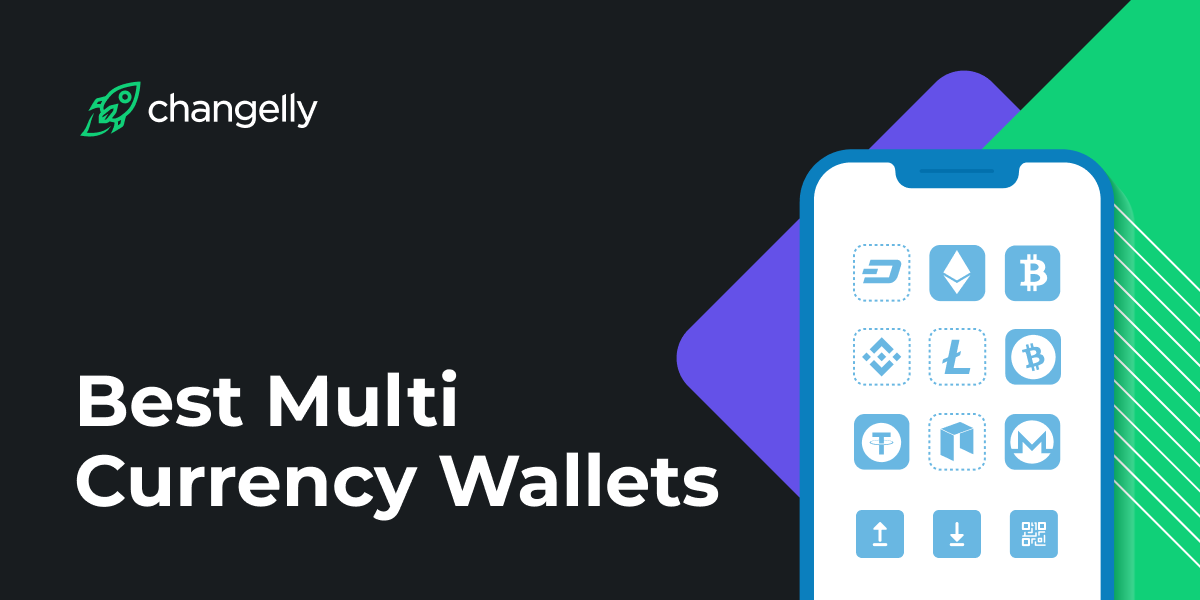 There is a wide variety of wallets such as hardware and software, online and paper, cold and hot storages. During the development of crypto, different malware networks do not stay still, as they create new ways of stealing money.

If you have already diversified your crypto portfolio, you need to keep the coins safe in one place. We have collected the best multi-currency wallets and described their advantages and disadvantages. Keep reading to find out.

The number of altcoins is exponentially growing, and some people have coins of more than one currency. That is why many wallet developers recognize the need for extending storages and change their single currency wallet to multi-currency. 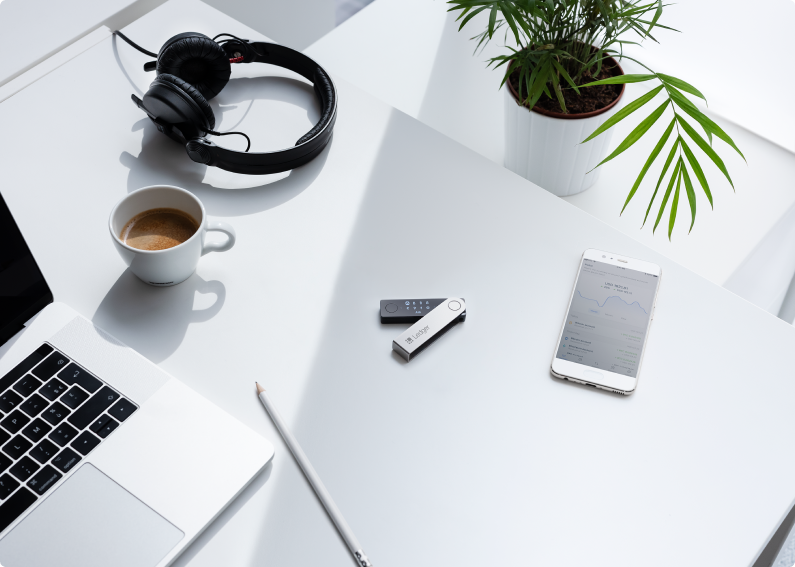 Ledger Nano X is a well-known hardware wallet. Launched in 2019, the device is the newest one among the Ledger family. It has a form of a stylish USB flash drive, and it is fitted with buttons for easy navigation. The device supports over 1200 coins such as Bitcoin, Ethereum, Ripple (XRP), Stellar, and many more. It is compatible with iOS (9+), Android (7+), Windows (8+), macOS (10.8+), and Linux.

Ledger Nano X is wireless. It uses the Bluetooth Low Energy (BLE) connectivity feature. Competing with Ledger Nano S, this device does not need any cable to connect to iOS or Android devices.

Someone would say that Bluetooth is not a safety assurance, as it is easy to hack someone’s device connected to the Internet or Bluetooth. However, Ledger developers take security issues seriously, so they built in a State-of-the-Art Bluetooth protocol. The company guarantees that even if the Bluetooth connection is hacked, the Ledger Nano X security will ask your permission for each action. 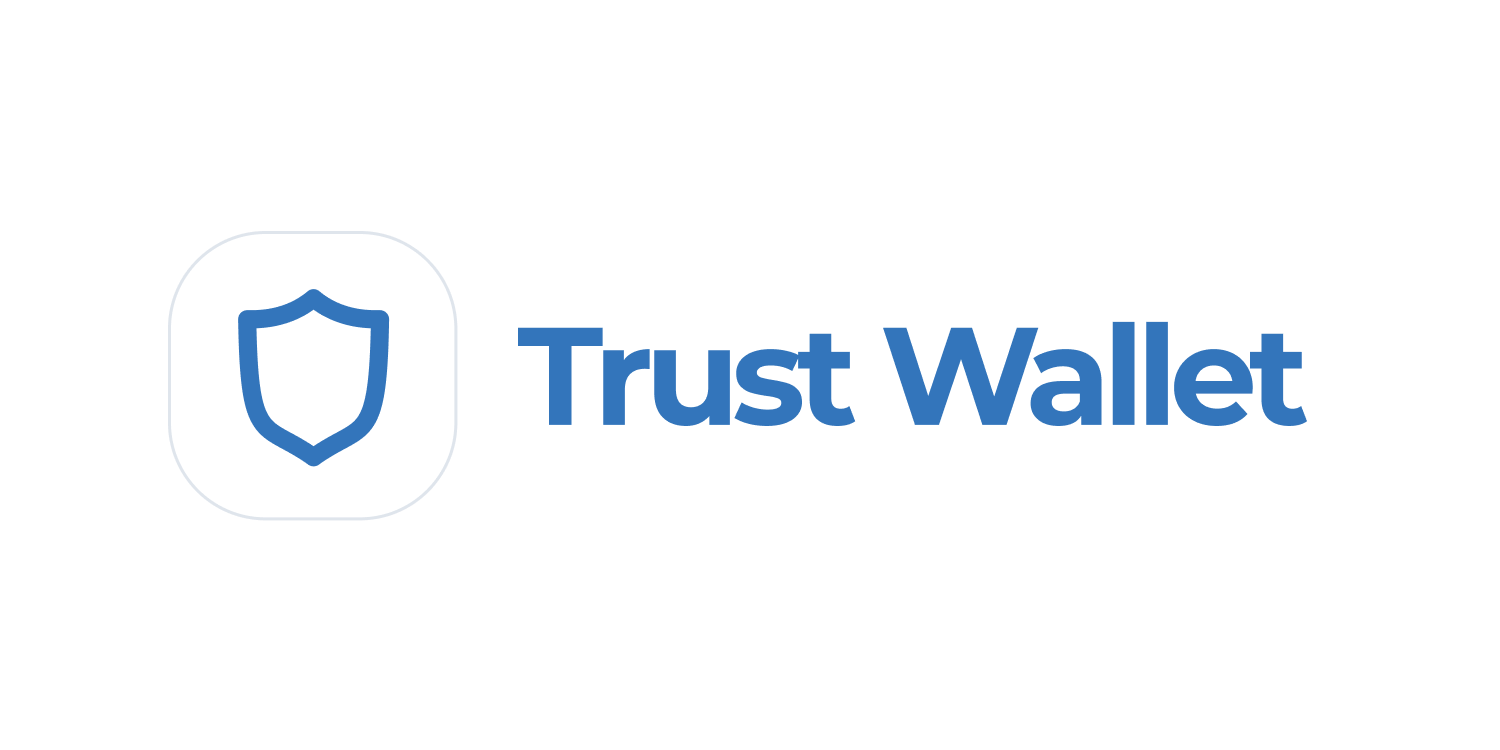 Trust Wallet provides the Web3 browser that can interact with any decentralized application (dApp) and protect you from third-party inventions.

The non-custodial Trust Wallet provides a high-security level. So the only one who owns the information about private keys is you.

Coinomi is a secure blockchain wallet that is compatible with desktop devices (Linux, macOS, Windows) and mobile devices (iOS and Android). The wallet supports over 125 blockchains and thousands of tokens. Among them Bitcoin, Ethereum, Bitcoin Cash, Dash, Dogecoin, Monero, and many more.

The multi-currency wallet is user-friendly, which makes it easy to utilize Coinomi.

Coinomi also has in-built exchanges, so you can easily swap one crypto to another right in a wallet without using any exchange.

The main advantage of Coinomi is privacy. To provide more security, it creates a new wallet address for every transaction, so you can make sure your private key will never leave the wallet.

Exodus is another excellent desktop supported multi-currency wallet with a simple design and stylish interface. It was founded in 2015 by JP Richardson and Daniel Castagnoli. Daniel Castagnoli has design experience with such giants as BMW, Apple, Disney, Nike, and Louis Vuitton. This explains why the style of Exodus is so delicate.

The desktop wallet is available for Windows, Linux, and Mac. It supports over 100 cryptocurrencies, including Bitcoin, Ethereum, XRP, Litecoin, Bitcoin Cash, and many more.

The mobile wallet is available for iOS and Android. As Exodus launched a mobile application for wallet not so long ago (in 2019), it supports only 59 currencies.

Exodus is a lite wallet. That means you do not need to store a blockchain on your computer.

The wallet provides a high-security level. Your data always remains confidential, so you do not need to register or set up an account.

Jaxx is a desktop and mobile multi-currency wallet. It was created by Anthony Di Lorio, the co-founder of Ethereum, in 2014. The wallet is compatible with Windows, macOS X, Linux, iOS, and Android. There is also an extension for Google Chrome, which means you can easily access Jaxx wherever you are.

Jaxx supports a wide array of crypto. There are over 85 different assets such as Bitcoin, Ethereum, Dash, Ethereum Classic, Bitcoin Cash, Litecoin, OmiseGO, Dai and many more.

Jaxx wallet has a built-in ShapeShift and Changelly API. They are third-party cryptocurrency exchange services. They allow you to exchange one cryptocurrency to another without leaving the Jaxx app. 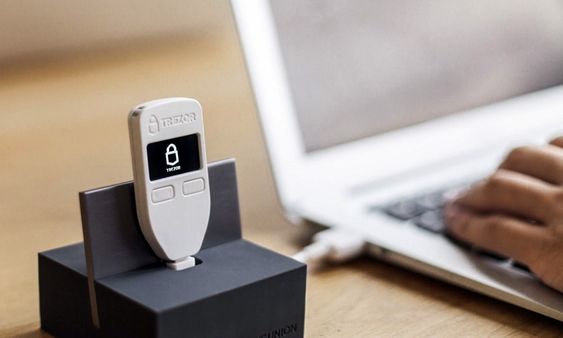 Trezor is the first hardware wallet launched by the Czech company, SatoshiLabs, in 2014. It supports over 1000 cryptocurrencies such as Bitcoin, Ethereum, Ripple, Bitcoin Cash, Tether, Litecoin, EOS, Tezos, and many others.

The wallet has serious protecting features:

BRD is a hot mobile wallet that is available for both iOS and Android. It was launched in 2015 in Switzerland.

Even though the BRD wallet is considered to be one of the best Bitcoin wallets, it is also excellent multi-currency storage. BRD supports a few coins such as Bitcoin, Ethereum, Bitcoin Cash, and a large number of ERC20 tokens.

BRD does not require you to authorize. The decentralized application connects to the blockchain by using your paper key.

It is available on GooglePlay and AppStore.

Coinbase is a digital currency wallet founded in 2012. Initially, it was launched as a wallet, but then developers also created the GDAX cryptocurrency exchange on its basis. GDAX is included in TOP 20 of the largest exchanges.

Coinbase supports a variety of coins such as Bitcoin Ethereum, Ripple, Tether, Bitcoin Cash, Bitcoin SV, Litecoin, Binance Coin, EOS, TEZOS, and others. The wallet application is available for Android and iOS.

Edge is a non-custodial HD wallet. It was launched as a Bitcoin wallet (AirBitz) in 2014. In 2017 AirBitz was renamed to Edge, and the wallet became multi-currency with a built-in exchange.

Edge is a private wallet. It does not have access to users’ accounts. To provide much privacy, accounts do not connect to any personality. Moreover, Edge is a decentralized wallet without a third-party invention.

You can buy cryptocurrency by clicking the button below