Top 10 Best Cryptocurrencies to Invest in 2020

Since Satoshi Nakamoto introduced the first cryptocurrency in 2009, the crypto market has been expanding rapidly. As of July 2020, there are over 5,000 altcoins with a total market capitalization of more than $321 billion. Those who were lucky enough to invest in BTC in early 2010 while keeping it up until 2017, could significantly augment their capital.

2017 was the year when even grandmothers were ready to invest in cryptocurrency. Then there was darkness. The crypto winter brought bankruptcy to scam ICOs investors and placed an unremarkable spot on the crypto industry’s reputation.

Most Performing Coins in 2020

We should say that the list of the best altcoins to buy in 2020 doesn’t differ much from the previous one we made in 2019. There are new coins in the top list, yet the top five cryptocurrencies to invest remain the same. These are Bitcoin, Ethereum, EOS, Litecoin, and Ripple. These digital assets have already proved to bring maximum ROI, and have the highest growth potential.

Other popular altcoins (for instance, IOTA and Augur) have also shown significant growth despite the anti-positive price predictions. One should not underestimate the altcoins whose price is not as high as, for instance, Bitcoin’s.  Practice shows that sometimes following another crypto investment strategy might bring considerable profit.

Bitcoin is famously known for being synonymous with cryptocurrency in general. BTC is by far the largest coin, owning more than 50% of the market share. Bitcoin is unlikely to lose its status too quickly, so BTC remains one of the safest and best cryptocurrencies to invest in 2020.

Despite all ups and downs, Bitcoin could take the primary role in the world of decentralized finances. It saw the highest rise at the end of 2017 when the BTC price hit $20,089 and the low drop that occurred a year later. In mid-December 2018, BTC cost $3,236.

Bitcoin halving that occurred this year could not move BTC from the cryptocurrency throne, yet it was sad news for BTC miners. Bitcoin will always be a cryptocurrency number one, thereby, it is a worthy long-term investment. 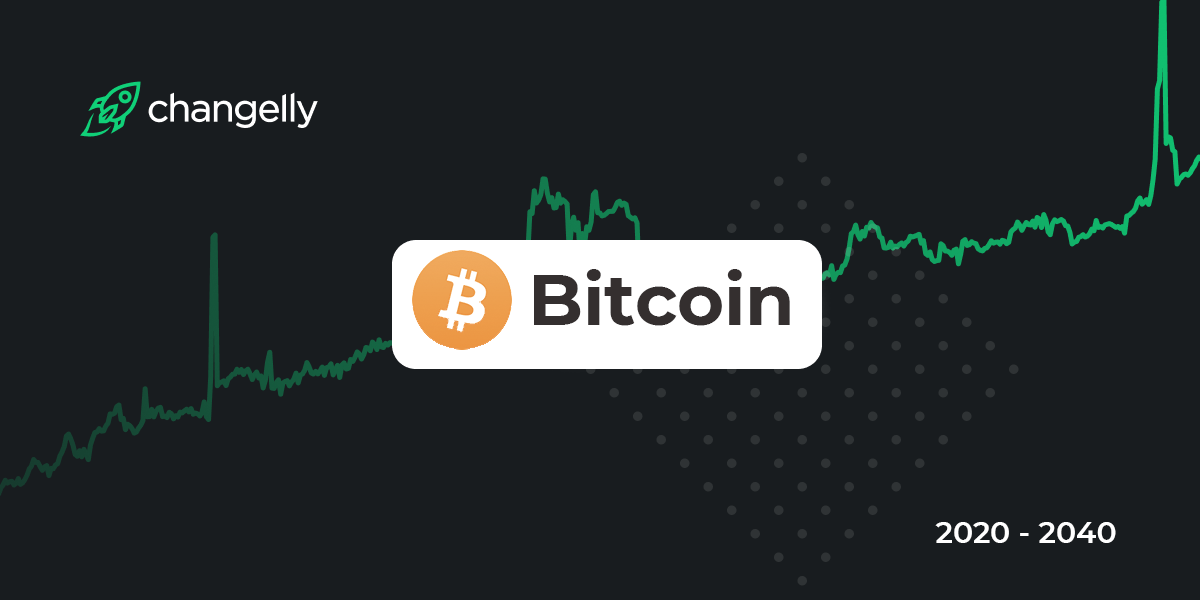 ETH is more than just a crypto coin. The Ethereum ecosystem is one of the most comprehensive and sophisticated systems on the market. It managed to enhance the boundaries of blockchain technology by providing the concept of smart contract along with a proper environment for developers.

There are hundreds of decentralized applications (dApps) based on the Ethereum, and the number is still growing. The technological value makes it outstanding, so the demand for Ethereum dApps and platforms won’t subside in the nearest years. Besides, Ethereum is the second largest cryptocurrency in the industry in terms of market capitalization.

All these make ETH a good cryptocurrency to invest in 2020. The upcoming Ethereum 2.0 launch may attract a lot of attention to the coin. Therefore, by purchasing ETH today, one may significantly profit in the future. 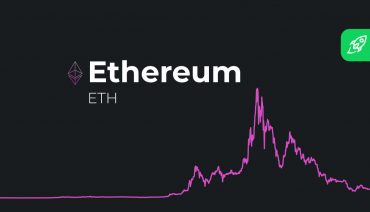 Ethereum Price Projections For the Future

The Ripple blockchain and its native XRP cryptocurrency are close to being introduced all around the world as an instrument that will revolutionize regular payment schemes.

XRP could be an alternative to the SWIFT system currently used for international money transfers. Being the third cryptocurrency in the world, Ripple attracts much attention from the investors’ side and might be a wise investment choice in 2020. 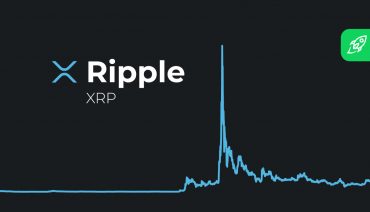 As can be seen from the name, Litecoin was born to be a lighter version of Bitcoin. The Litecoin blockchain (and the cryptocurrency) managed to absorb BTC advantages while adding new features to it. For example, LTC block generation is faster as well as the execution of transactions.

In 2019, Litecoin was through ups and downs, reaching the price of $137. The crypto market is highly volatile, and in 2020 the rate of LTC is currently being $58. Following the golden rule of every trader: buy low, sell high, now is the right time to buy LTC. 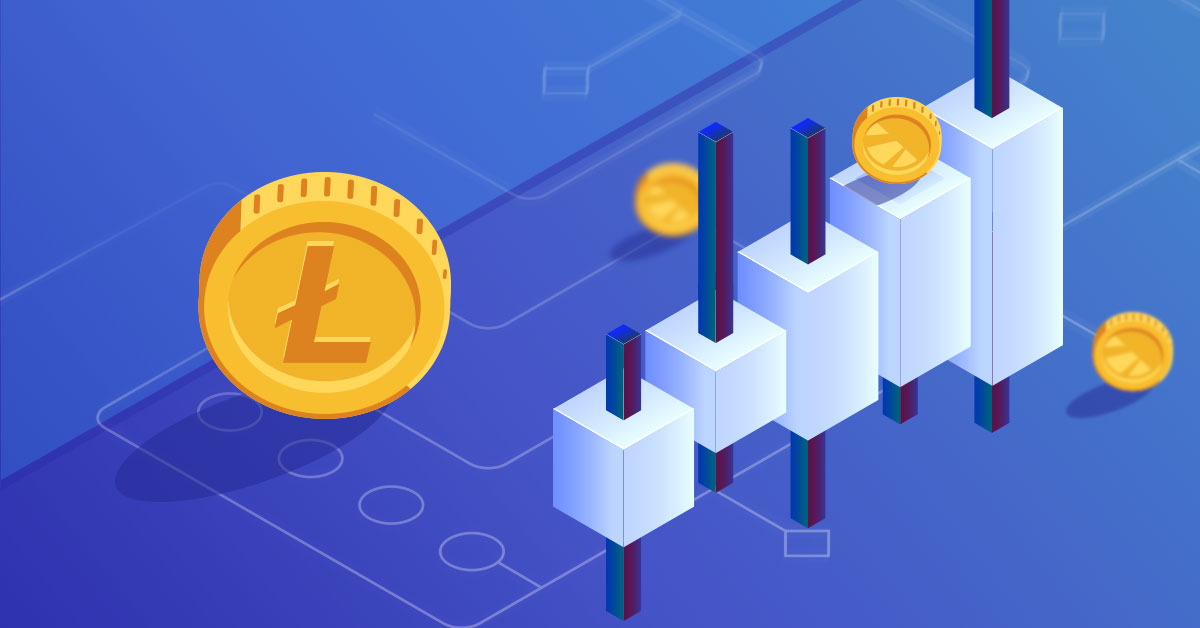 EOS is on its way to solve one of the main blockchain issues – scalability. Potentially, the EOS blockchain is capable of processing millions of transactions per second due to its Delegated-Proof-of-Stake (DPoS) consensus protocol and a well-developed environment of inter blockchain communication. Just like Ethereum, the EOSIO platform enables perfect conditions for a dApp deployment.

Is EOS a good cryptocurrency investment in 2020? The fact that EOS could attract almost one billion dollars during its ICO and still hit the top charts of global crypto assets would determine EOS as a lucrative investment decision. 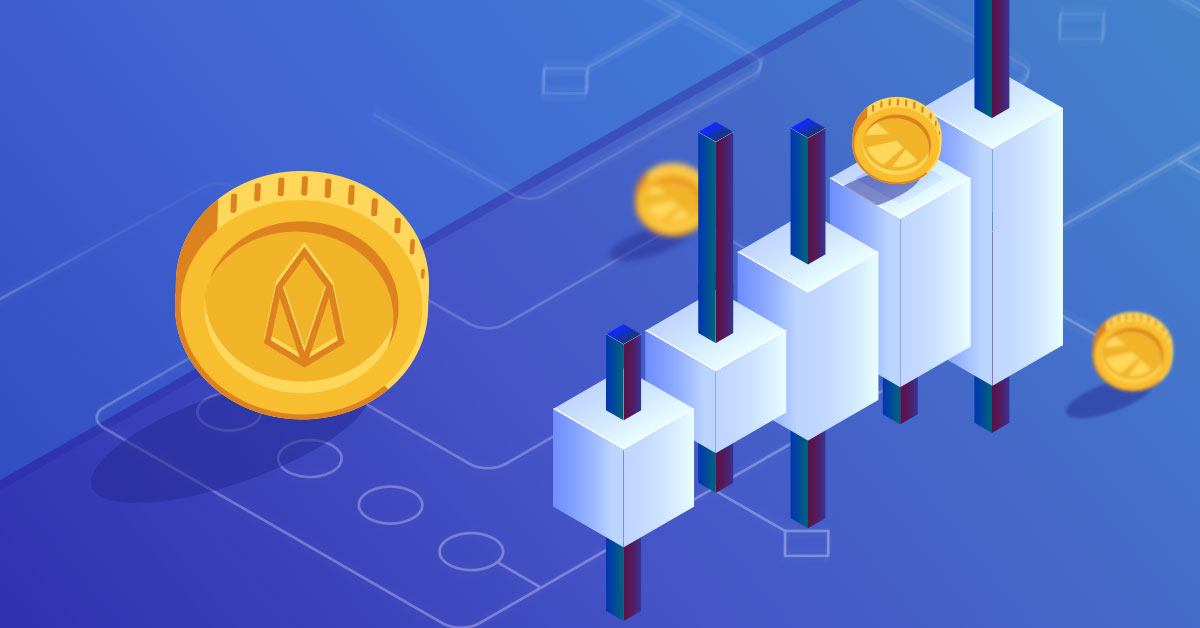 IOTA brings a new vision to the world of decentralization. It is important to admit that IOTA is not a blockchain at all, but the first distributed ledger built for the Internet of Things (IoT). As it doesn’t have blocks and miners, there are no transaction fees. 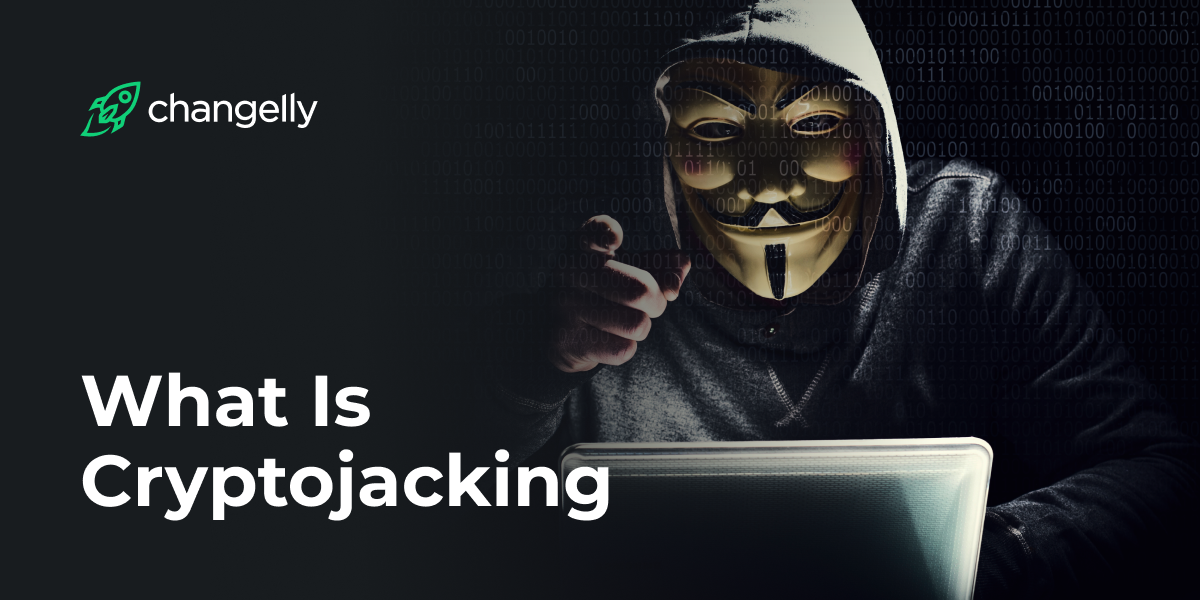 What Is Cryptojacking: Detect and Prevent

The project allows for a robust connection between humans and machines. According to the IOTA website, the project’s core mission is to play a central role in the next industrial revolution, enabling economic relationships between machines and bridging the human and machine economies.

We don’t know for sure when the time of the IoT revolution comes. Thus, IOTA has huge development potential, and while it’s cheap, it’s one of the best coins to buy now. 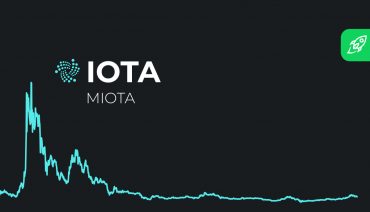 IOTA (MIOTA) Price Forecast for the Next Five Years

This cryptocurrency works to accelerate payments and reduce fees on cross-border transactions. XLM services the market for several trillion dollars a year and is one of the “leading” cheap cryptocurrencies in which you can invest. XLM is currently the 14th largest cryptocurrency coin in terms of market capitalization and seems to be keeping this position steadily.

Although Stellar Lumens (XLM) is trading below $1, it is a cryptocurrency with a high capitalization (the 14th coin in the coinmarketcap chart). If you are looking for cheap top coins to invest in 2020, Stellar Lumens might be onet. 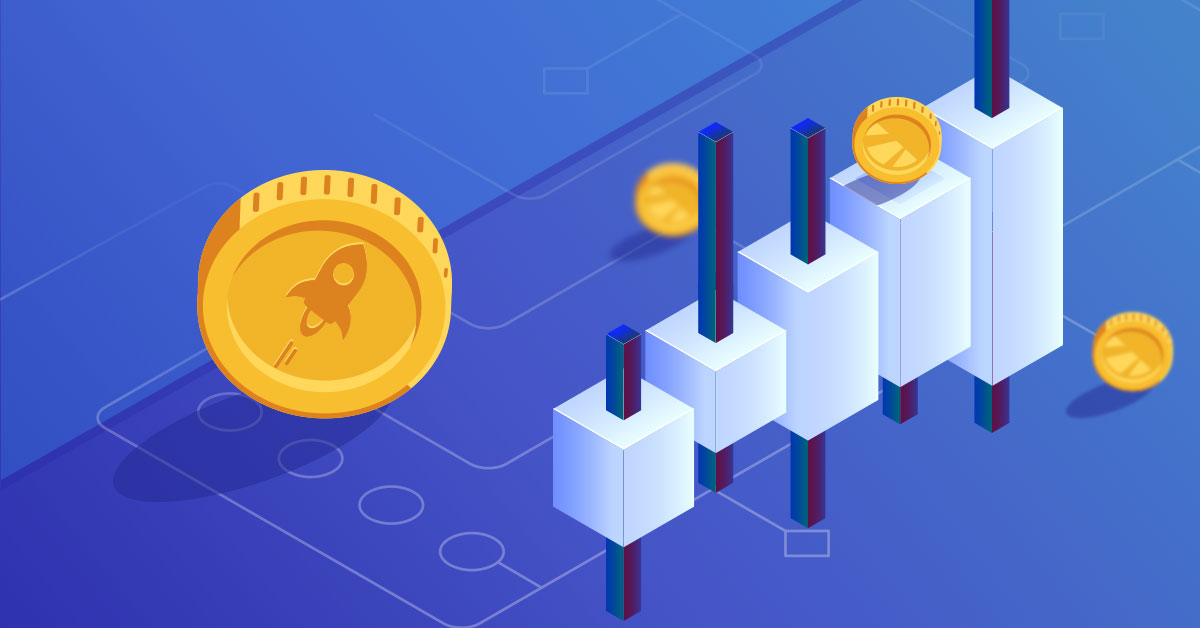 One may ask: Is Monero a cryptocurrency I should invest in? Monero’s market capitalization, the popularity within and outside the crypto community, and the current XMR rate will be the answer. Monero stands firmly in the list of the best private coins in the world. The neverending technological upgrade, together with a strong and loyal crypto community support, make XMR a wise cryptocurrency investment in 2020. 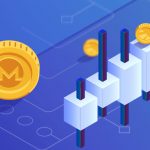 Augur is one of the most successful projects built on the Ethereum blockchain. Augur stands on the frontier of the DeFi industry providing an environment for prediction market implementation. As the decentralized finance sector is currently skyrocketing, REP will be a reasonable investment choice.  The REP’s cryptocurrency rate currently equals $21. It might be a right time for the seamless REP purchase and immediate investment actions. 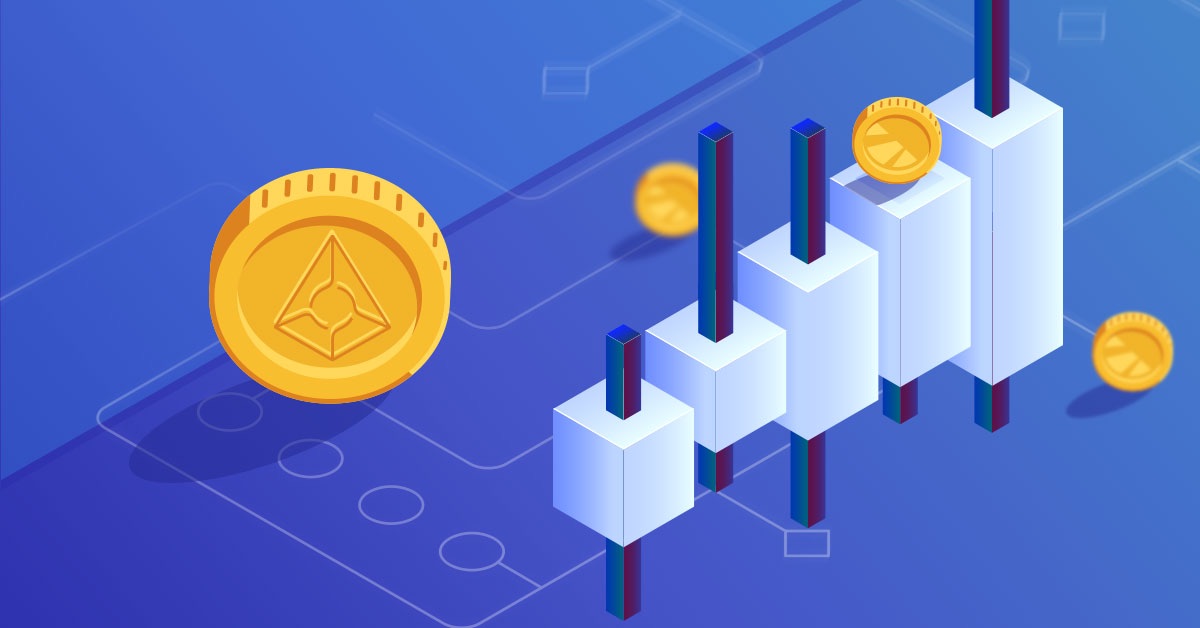 ADA is a native cryptocurrency of the Cardano blockchain that aims at sustaining a healthy environment within the network. The Cardano project follows its own way. Being built upon a PoS consensus algorithm, it provides higher transaction throughput and greater scalability than Ethereum. We’ve recently written about Cardano’s sharding solution, Hydra, that could help the blockchain to gain one million transactions per second. 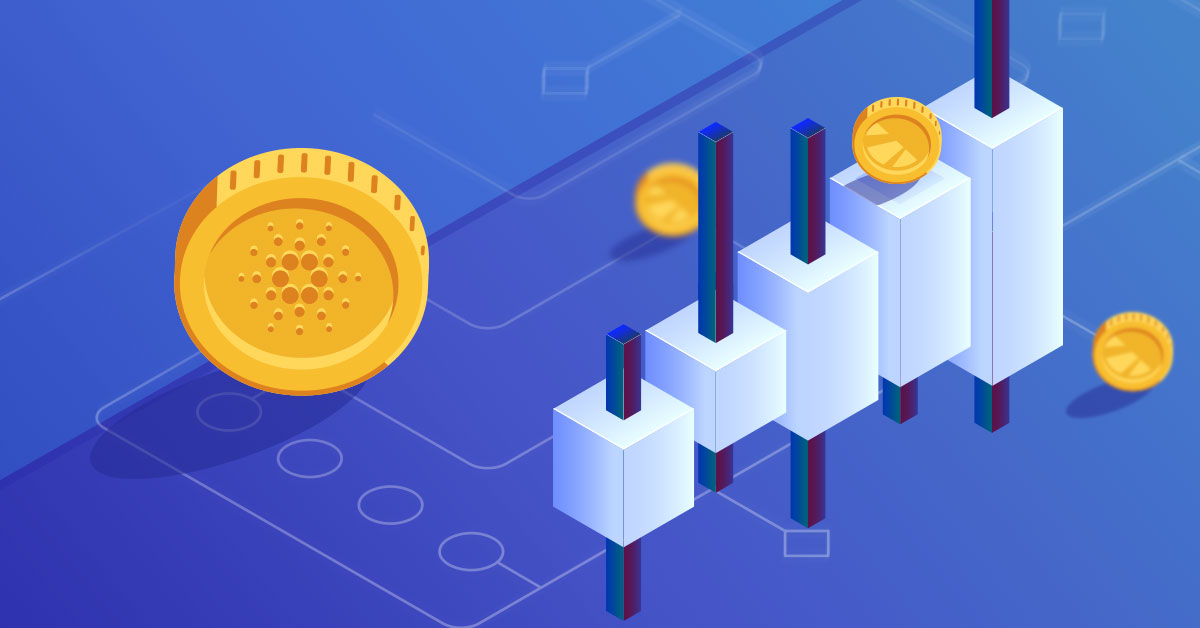 The provided list obviously could be expanded  with other notable digital assets. However, the primary thing to remember when buying altcoins for the future is portfolio diversification. As they say, don’t put all the eggs in one basket, meaning do not invest all your money in one asset. This is the basic rule of investment in any field. Distribute the available budget equally for all cryptocurrencies or in a different ratio, if you rely more on the success of one of them. Thus, you are less likely to lose all your savings if the asset depreciates for some reason.