Review of the cryptocurrency of the future – DigiByte Coin 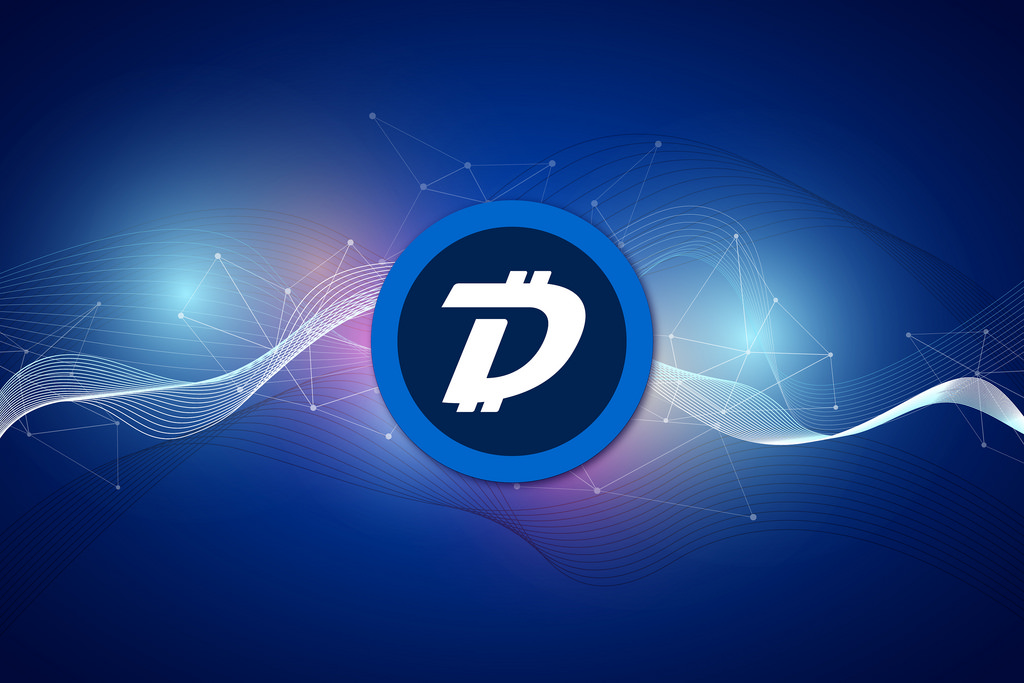 META: Dubbed the fastest and longest blockchain, DigiByte presents itself as the cryptocurrency of the future, offering speed and scalability.

We will try to provide comprehensive information in our DigiByte coin review.

DigiByte, the fast, agile and confidential crypto asset that uses five separate mining algorithms to achieve utmost decentralization and security. DigiByte is a digital asset aimed at achieving small, everyday transactions. With a total supply of 21 billion DigiByte coins, exactly 1,000 times the supply of Bitcoin, this crypto coin positions itself as the small-scale counterpart to the leading coin.

DigiByte is a relatively older coin, officially launched on January 10, 2014. For years after its launch, DigiByte traded in the $0.0001 range. From the summer of 2017 onward, the price set a series of records, going as high as 12 cents. Afterwards, DigiByte sank again to the $0.002 rate, still significantly higher compared to the initial price.

DigiByte has 50 markets, present on various exchanges in pairings with Bitcoin, Ethereum, Litecoin, as well as Dollars, Euros, and Tether, a fixed-priced digital asset pegged to the US dollar.

At the end of August 2018, DigiByte released its latest version. DigiByte communicated through a tweet:

The infrastructure, consisting of miners and node runners, is currently making the updates to the new version.

In June, DigiByte also had an important update in the form of a hard fork. The hard fork, which merely updated the network, but did not split the coins, aimed at ensuring that the DigiByte network is accessible to GPU miners, and will not be taken over by ASIC miners. The hard fork included changes to two of the mining algorithms, to discourage the creation and launching of specialized rigs.

What is DigiByte Used For?

DigiByte aims to serve as a currency, that is, an international means of fast and cheap, trustless payments. DigiByte is presented as a fast digital currency for everyday payments. However, the longer-term outlook for DigiByte is to compete as an asset reflecting activities and connections in the Internet of Things economy. Additionally, the future of DigiByte includes being a means of payment within Artificial Intelligence systems.

The DigiByte Platform was created with cybersecurity in mind, to prevent data theft when sending secure transactions. Therefore, DigiByte mining uses a multi-algorithm approach, in effect preventing an attack on the network by taking over one algorithm.

DigiByte is also used as Internet Money, similar to PayPal. However, the system is much freer and is completely borderless. Because the Internet is an international network, payments often face cross-border restrictions and delays. DigiByte is potentially useful for lightning-fast international transactions, with no additional fees, or a screening process.

What’s the purpose of DigiByte?

DigiByte was created during the proliferation of altcoins in 2014. At that time, Bitcoin was already five years old, and the network had exhibited several problems, including speed, congestion, and transaction fees. Part of the idea for DigiByte was to create a faster, but also more secure network, outpacing Bitcoin.

The other purpose was to have a coin that could be mined by different participants, becoming more decentralized. DigiByte was created at a moment when Bitcoin was seeing the first big wave of mining by rigs, known also as ASIC. For DigiByte, alternative forms of mining through its five different algorithms allow for a more distributed network with smaller participants.

It must be noted that DigiByte has never issued a white paper. This has made many view the project as a scam. In the years after its launch, DigiByte has not written a white paper yet. Instead, the project is relying on active communication through social media, such as Twitter and Reddit. The DigiByte project proves its dedication by having a well-known chief developer at the helm, Jared Tate, who is also the project’s founder. He is fully occupied with the future of DigiByte, as a dedicated founder and project leader.

As an example of the high security of DigiByte, the team assured users that a 51% attack similar to that of the Verge coin (XVG) was an impossibility. Because DigiByte dynamically alters difficulty on every block, it is impossible for a malicious miner to take over the network with additional hashrate. With Verge, that was a possibility, since the network had a two-hour grace period for accepting blocks, and did not recalculate difficulty often enough. In May, this led to one malicious miner creating millions of extra XVG in one hour.

At the same time, attacking the DigiByte network would be prohibitively expensive.

The DigiByte network mines a block every 15 seconds. Blocks are produced by different miners, using five algorithms: Scrypt, SHA-256, Qubit, Skein and Groestl. Of those algorithms, ASIC machines have been available for SHA-256 and Scrypt. The DigiByte total hashrate has been difficult to calculate, precisely because of the distributed nature of the network.

DigiByte difficulty is continuously re-calculated continuously, in an agile manner. For Bitcoin, the difficulty is recalculated every two weeks, generating periods when blocks may be produced more slowly. This is not a problem for the Bitcoin network, which is powered by a multitude of ASIC, and even at a high difficulty, blocks may be solved. However, the DigiByte network uses amateur mining in pools. Therefore, with the inflow or outflow of miners, difficulty is always calibrated in a way to allow for the fast 15-second blocks.

The difficulty of DigiByte has gradually increased over the past months, serving as an indirect indicator of increased mining, although there aren`t exact data on the hashrate.

Additionally, DigiByte employs the SegWit approach to achieve more efficient block usage. SegWit, or Segregated Witness, is a technique of separating transaction data in a way that fills in the block more efficiently. SegWit has been a feature added to a handful of blockchains, and leads to significantly lowered fees and network load, in the case of Bitcoin at least. This helps the DigiByte transaction price to remain even lower. The high transaction speed is an attractive feature, leading to the current DigiBytes adoption, which is speeded up by social networks and drives to use the asset.

Each DigiByte block comes with a reward of 804 coins, and each day, more than 4.61 million new DigiByte are added to the supply. The circulating supply of DigiBytes is more than 10 billion coins. With that coin supply, DigiByte is similar to IOTA or Stellar, providing a large number of coins for small-scale transactions.

How to Mine DigiByte?

Mining on the DigiByte network is the process of calculating block hashes, in which a special block number has to be generated to fulfill a certain condition. Difficulty measures how much mining is needed to find that number.

For DigiByte miners, there are a few basic preliminary steps:

As we already mentioned, the potential reward to mine DigiByte is 804 coins per block, coming in every 15 seconds.

Should You Invest in DigiByte?

The DigiByte price as of August 2018 has gone through several boom and bust cycles. As we already mentioned, DigiByte adoption is improving, as well as crypto adoption in general.

The DigiByte market price is relatively low, at $0.033. In the past three months, the DGB ticker has fluctuated between 2 and 4 cents, which is very far from the returns that took DGB out of the sub-penny prices and into its current range. Below is a graph of recent DGB price movements:

The DGB market price has shown significant volatility, and DGB is quite far from the peak prices at $0.12. It must be noted that DigiByte, like other crypto coins, can gain quickly, and lose value just as quickly, hence profitability may be limited. In the worst case scenario, the entire market loses 90% of its value one more time. In a relatively better scenario, priced drift within a tight range, much like the way most assets traded sideways after 2013, and only occasionally spiked to higher prices.

In the past, coins like DigiByte have easily reached profitability with return of 100 to 1,000 times. But in 2018, markets turned to pessimism, and similar returns may not be seen for years. Some of the coins may remain at permanently low prices. In that case, DGB may serve as a store of value, an alternative storage for funds.

In terms of trading, DGB offers enough volatility, and with the right price targets, can lead to robust short term gains. But the biggest appeal of DigiByte is the expectation of widespread adoption, with use cases both as a coin for payments, and as a fast digital asset

DigiByte is one of the fastest and most promising blockchain projects. Its future may be seen as offering both profitabilities in terms of market prices, and a bright technological future as a digital asset serving the new infrastructure of the Internet of Things.

DigiByte serves both as a cryptocurrency and as an asset for microtransactions, with the potential for widespread adoption. The extremely low fees and speed of the network make DGB the potential choice for new crypto adopters. The relatively low market price is also attractive, as almost anyone can afford to acquire DGB.

DigiByte is relatively easy to acquire, being available on major exchanges, such as:

Unfortunately, DigiByte is not yet available on Binance, although it has participated in previous editions of the Community Coin of the Month.

The DigiByte asset is a coin that has been fairly mined from the start. It has not used any fundraising process, such as an ICO, pre-mine, the selling of coins to launch the project. This makes DigiByte a fair grassroots project with room for growth in the future.

DigiByte has a robust Reddit community with 19.3 thousand subscribers, as well as regular communication through other social media. This helps DigiByte expand its blockchain, and spread to a wider audience of users.

DigiByte is easy to use due to the variety of wallets, including the Core wallet that fully synchronizes with the blockchain. Since April 2018, DigiByte has been supported by the Exodus multi-currency wallet. The DGB coin is also available for purchase or an exchange on the Changelly service, which is suitable for new crypto adopters. The alternative is to use the Shapeshift service, which is also a component of the Exodus wallet. Shapeshift allows the exchanging of small amounts of crypto assets without registration and with full anonymity.